Need a French Gender Checker? 4 Tools to Avoid Mistakes with Every Noun

In English, we don’t need to worry about the gender of inanimate objects.

So it can be especially difficult to get accustomed to French gender rules, where every single noun is designated either masculine or feminine.

Don’t worry! With a good French gender checker at your disposal, you won’t need to simply guess and cross your fingers.

We’ll show you four ways to confirm the gender of any French noun, whether you’re just looking up a new word or trying to catch mistakes in a long piece of writing.

When Can a French Gender Checker Help You?

One of the first things a French learner discovers is that every French noun is either masculine or feminine. A noun’s gender determines what articles (the equivalents of “the” and “a”) can be used with it.

Unfortunately, these just have to be memorized (although we’ll give you some tricks and study hacks below). A French gender checker can ensure that you’re choosing the right gender—and therefore, using the right article—for any given noun.

For feminine words, we use these articles:

For masculine words, we use these articles:

Notice that the plural articles are the same for both masculine and feminine nouns.

Every time you use an adjective in French, make sure that it matches the gender of the noun it’s modifying.

This is easy to forget, and one of the biggest ways a French gender checker can help you catch mistakes!

For example, the French word for intelligent is, big surprise, “intelligent,” but check out the following phrases:

Notice how we add an “e” to the adjective when it modifies a feminine noun. To make things trickier, this also applies to the plural form of nouns, even though it’s not obvious from the articles.

Using the Passé Composé and Other Compound Tenses

A special case arises with compound tenses such as the passé composé (perfect tense).

Compound tenses in French are formed with either either être (to be) or avoir (to have) as an auxiliary verb. You’ll encounter the passé composé most often, which is a past tense that’s formed with the auxiliary verb plus the past participle of the main verb.

In verbs that use être (to be) as an auxiliary verb (a group called “Dr. Mrs. Vandertramp” verbs as well as reflexive verbs) we have to modify the past participle to match the gender of the subject.

Fortunately, you don’t need to worry about this if your auxiliary verb is avoir:

Il a lu ce livre (He read this book)

Elle a lu ce livre (She read this book)

One of the best things about French gender checkers is that they continually expose you to masculine and feminine nouns in contexts that matter to you. In other words, you’ll learn French genders while you search for new vocabulary or while you write in French, rather than simply memorizing a long list of words and their genders.

Although not always, words with the following endings are usually feminine:

This should be your number one French gender checker if you’re writing essays, letters or any longer document in French. Not only will Microsoft Word check your spelling, but it’ll also check if you’re using the wrong gender for a word in French based on the context of your sentence.

Microsoft Word has this handy page to show you how to change your language settings depending on the specific version of Word that you’re using.

For most Word users, all you’ll have to do is go to the Review tab, click Languages and then select “Set Proofing Language.” 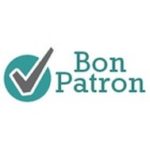 BonPatron and LanguageTool are two of my favorite online French spelling and grammar checkers. Although I discovered these amazing tools only recently, I make extensive use of them both.

Just write your French as you would normally in a word processor, then copy and paste it into one of these sites. They’ll check your writing, highlight where you made mistakes—and most importantly, explain why. They’re not exclusively designed as French gender checkers, but they include gender in their grammar reviews and corrections. 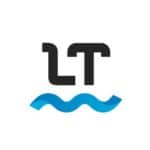 For example, in BonPatron, if I write the incorrect phrase “un femme” and click Check Text, it gets highlighted. If I hover over the highlighted section, I get the message, “The first word must be feminine.” This tells me that I need to change un to une.

In LanguageTool, I change the language to French and write the same phrase, “un femme.” When I click Check Text, the phrase gets highlighted. If I click on the highlighted text, I read: “«un» et «femme» ne semblent pas bien accordés en genre.” (“un” and “femme” don’t appear to properly matched in gender.)

3. Confirm with an Online Dictionary 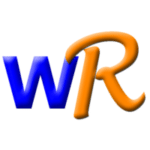 Almost all online dictionaries mention the gender of French words alongside their definitions. If you’re not sure about a noun’s gender, simply pop it into a dictionary to check.

I’ve used WordReference for years because it provides not only genders and definitions but also translations and example uses of words. Better yet, it’ll even show you how adjectives are spelled in their plural and feminine forms (not just the form you searched). 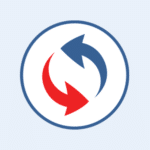 Reverso is a translation dictionary that gives you the gender, meaning and translation of a word, along with a ton of real-world examples. That’s helpful because not only can you check the gender of a word in French, but you can also scan the examples to reinforce it in your memory.

Other than WordReference, more great online dictionaries abound. For example, Larousse is one of the foremost authorities on the French language. Just type in the word you want and the first information you’ll get is its gender.

Dictionary tools can be extremely helpful. But they can sometimes be a tiny bit tedious to use. That’s why I’ve found FluentU to be a time-saver in this regard. Whenever you’re watching a FluentU video (the program has many authentic videos that native speakers actually watch) and you come across an unfamiliar word, you can just hover over it and see a multimedia dictionary with definitions and usage examples. It makes it easier to learn efficiently. 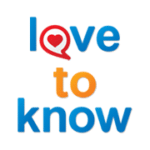 LoveToKnow has this list of basic French vocabulary, with genders, organized by theme. It’s particularly useful for beginner learners.

Just scroll down until you see the image that looks like a document and click on it. You’ll find the themed word lists as well as an exhaustive list of French word endings.

You can search for a specific word using CTRL/Command + F, or simply browse for the word you need. The more you work with this list, the more these essential French nouns and their genders will get drilled into your memory.

Obviously the concept of genders presents a learning curve for French learners, but it isn’t insurmountable. By consistently using a French gender checker as you study and communicate in French, you’ll absorb the gender of nouns until they become second nature.