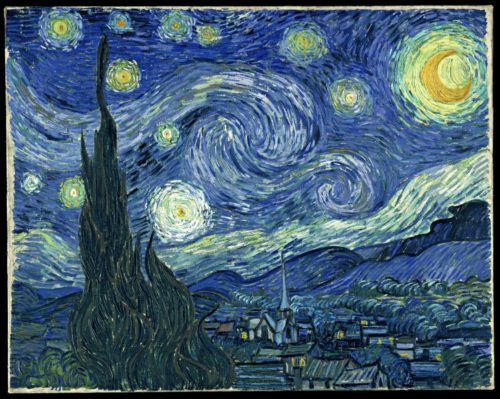 All About French Articles to Complete Your French-learning Masterpiece

“Great things are done by a series of small things brought together.”

Vincent Van Gogh said this, and we know it to be true.

Whether it’s language learning or painting a masterpiece, the small things matter.

Before you get to l’imparfait (the imperfect past), le plus-que-parfait (the past perfect) or la concordance des temps (the sequence of tenses) you should take the time to learn French articles.

Knowing and using French articles is an important step on your way to French fluency. (A great thing indeed!)

If you’ve been a bit wary of French grammar in the past, let me be the first to say that it’s nothing to be scared of.

There are so many different tips for mastering French grammar that it’ll make your head spin! There are even games to help you understand so learning doesn’t feel like a chore. What beats that?

But today we’re going to master one of the French grammar basics because we have to start somewhere, right?

What Are French Articles?

Articles are one of the most basic building blocks of learning the French language.

Without them, communication in French falls apart.

As such, French articles should be perfected as close to the beginning of your French journey as possible. They’re essential to creating basic French sentences.

So, what are articles, exactly?

In linguistic terms, articles are words that specify the noun. In everyday terms, an article is a little word that often comes before a noun in English and French, and they allow us to determine whether or not we’re talking about a particular noun.

As you probably already know, English has two types of articles. The first is called the indefinite article, which refers to an unspecified noun. For example, in the phrase, a book, the word a is an indefinite article because it refers to noun book in particular. It’s unspecified. A also becomes an before vowels (e.g. an apple).

As you probably guessed, in French, there are both definite and indefinite articles. There are just a few more of them than in English, and they have slightly different rules. For example, in French definite articles are also combined with prepositions to created contractions, of sorts.

But more on that later!

Where to Practice French Articles

The following resources will help you perfect and practice your French articles.

Give the rest of the post a detailed read, and when you’re done, test yourself and make sure you’ve mastered this important part of French grammar.

The Definitive Guide to French Articles

The Basics of French Indefinite Articles

In simplest terms, the indefinite article un is used for masculine nouns, and une is used for feminine nouns. Let’s check these out in action:

Est-ce tu as un livre pour moi? (Do you have a book for me?)

For plural nouns, the partitive word des (some) is used.

Est-ce tu as des livres pour moi ? (Do you have some books for me?)

Je suis professeur. (I am a teacher.)

The Basics of French Definite Articles

Definite articles correspond to “the” in English, and they denote a specific noun that one is speaking about. Like the indefinite articles, these articles are differentiated based on the following noun’s grammatical gender and whether or not the noun is plural.

Où sont les oignons pour la salade ? (Where are the onions for the salad?)

Not so fast: l’ is used for words starting with a vowel or a silent H (H muet). This is actually just the definite article le or la shortened to l’.

Keep in mind, les doesn’t get shortened at all. In the case of aspirated H (H aspiré), the regular definite articles are used.

Unlike English, definite articles are also used when nouns are being used in a general sense. This is something that doesn’t happen in English.

Lastly, definite articles are also combined with the prepositions à and de!

French Definite Articles with the Preposition à (to)

As previously stated, the definite articles can be combined with certain prepositions to create what we would call contractions in English. For example, when the preposition à (to) is followed by certain definite articles, the two words must combine.

This isn’t optional, however, like English contractions—this is obligatory.

The rules are simple: When à (at) and le (the) are beside each other, they become au (to the).

When à (at) and les (the) are beside each other, they become aux (to the).

Elle a donné le cahier aux parents. (She gave the book to the parents.)

However, those are the only two instances. When à (at) is beside la or l’, there’s no combination.

When le combines with de, it becomes du.

When les combines with de, it becomes des.

Also like with à, these combinations aren’t optional. They’re obligatory.

J’ai acheté le livre du magasin. (I bought the book from the store).

Il a vu la femme de la maison. (He saw the woman of the house.)

Nous avons regardé l’emission de l’homme. (We watched the show from the man.)

Now that you’ve mastered the most basic piece of French sentence structure, you’re ready to tackle all the parts of French grammar.

Put those little articles to work!

Get Lost in These 6 Captivating French Movies with Subtitles
Like, Quoi? How to Learn French Through English