Group Grammar: Your Guide to Partying with the French Plural

French can be weird.

Grammatically, it’s all over the place.

Words have genders, you have to really make an effort to master pronominal verbs and the grammar is chock-full of exceptions.

Whether you’re working to improve your listening, understand the French news or prepare for a Francophone trip, you have to keep that complex grammar in the back of your mind.

To be fair, English has its share of exceptions as well.

Sure, one could say that French is a finicky language, moody even (French moods include the subjunctive and the conditional), just like we humans are.

On the bright side, we could say that it’s a language that’s colorful, dynamic and personality-driven—again, just like us.

Are you the strong, silent type of learner who prefers to immerse yourself in French from home or do you prefer to be entouré(e) (supported, surrounded), on social media and in real life?

Perhaps you’re a bit of both?

Well, French nouns and adjectives are the same—they exist in singular and plural forms.

Group Grammar: Your Guide to Partying with the French Plural

The Basics: Forming the Plural

Just add “s” to the noun (and change the article)

Let’s take a look at some examples with French nouns:

Now let’s take a look at some examples in which French nouns are being modified by adjectives:

One more thing: An “s” must be added to both the noun and the adjective. Agreement: a fact of French life.

So, about that “s”…what’s up with its pronunciation?

Spelling, and therefore pronunciation (and therefore reading aloud), can be tricky in French. For the most part, the little “s” we add at the end of nouns and adjectives is not pronounced, as is often the case with final consonants. There are, however, some exception cases in which it is pronounced.

When you see a plural adjective followed by a noun beginning with a vowel, the final “s” of the adjective is pronounced like a “z.”

When you come across a plural noun followed by a plural adjective that begins with a vowel, you can pronounce the noun’s final “s” as though it were a “z.”

I know what you’re thinking. What about words that already end in “s”? Don’t worry, I’ve got you covered.

When you come across a word that ends in “s,” its plural form is the same as its singular form. How’s that for a good deal?

The adjective gros (fat, big, large) is a case in point:

One more thing: The definite article le still becomes les. Also, don’t forget the “s” at the end of camion !

The same deal applies when dealing with a French noun or adjective ending in “x.”

One more thing: In terms of pronunciation, the “x” and “s” endings function in the same way.

When Things Start Getting Weird: Forming the Plural in Irregular Cases

You probably saw it coming: There are many cases in which just adding an “s” to nouns and adjectives is not enough to form the plural. Sometimes, you’ve got to do a bit more. Luckily, there are some general rules that apply, depending on the endings of the nouns and adjectives.

Nouns and adjectives ending in “-al”

When there’s a masculine singular noun or adjective ending in “-al,” its plural form usually ends in “-aux.”

Exceptions: There are some notable exceptions whereby masculine singular nouns and adjectives ending in “-al” become plural by “regular” means, which is to say, we simply add an “s” to the ending.

The plural of singular nouns and adjectives ending in “-eau,” “-au” and “-eu” is most often formed by adding an “x” to the ending.

Exceptions: There are cases when we simply add an “s” to form the plural.

They Just Can’t Be Alone: Words That Only Exist in the Plural

There are several nouns in French that only exist in the plural. They just can’t be alone! Here’s a list of some exclusively plural nouns that you’re bound to come across. It’s important to note that each of these nouns still has a gender that you should know for the sake of agreement.

Ch-ch-ch-changes: Nouns That Change Meaning in the Plural Form

Some French nouns are just plain fickle! Their meanings change depending on whether they’re singular or plural. Here’s a list of some of the most common ones.

How to Cozy Up Even More with the French Plural 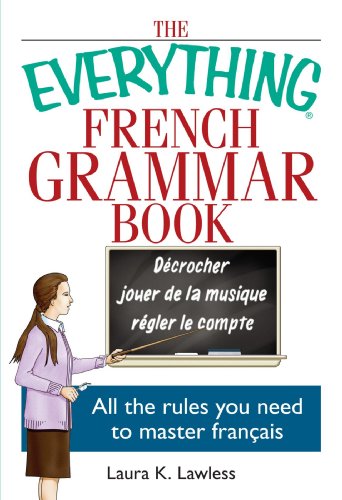 So get cozy and get to it!

The more time spent, the more mots (words) in your head.

Before you know it, your plural game will be on point.