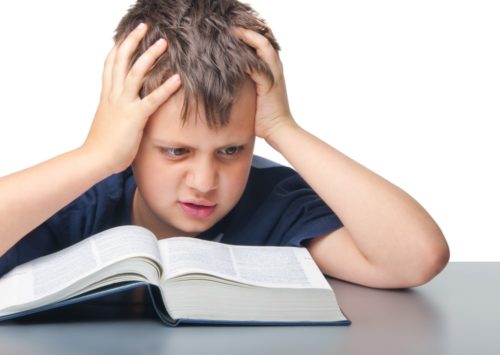 Know Another “You:” How to Use the Voseo in Spanish

How many ways to say “you” can there be?!

You probably already know that Spanish has an informal and a formal “you.” For English speakers, it can take some time to get comfortable saying “you” in these two different ways.

Now we’re going to add another “you” to your plate.

The voseo, or the use of vos, is actually somewhat similar to and often even easier than the tuteo (use of tú).

It has very few irregular verbs, and outside of Chile, voseo conjugations are only used in the present tense, affirmative command form and sometimes the present subjunctive. This means you can still use your tuteo conjugations for all other tenses and moods!

We’ll show you where the voseo is used, how it works and where to practice it.

Soon enough it’ll be just another “you” in your Spanish toolbox.

Why Bother with the Voseo?

Yes, you’ll be understood everywhere with the tuteo, but that’s no reason to skip out on the voseo. In regions that prefer vos to tú, doing the same is an easy way to impress the locals. Using the tuteo in inappropriate contexts will immediately out you as a foreigner and in many countries can come across as pretentious.

As you’ll see below, in some areas, the tuteo and voseo are both common but are used in different contexts and with different connotations. In Chile for example, the pronoun vos is almost exclusively used when trying to offend someone. It’s great to know in case someone spills a drink on you at the club, but not so much if you’re asking someone to go to the club.

It may seem hard to believe, but trust us, learning the voseo can actually be kind of fun. And even better, with a total of three irregular verbs in the present tense, it’s easy to get the hang of it.

Where You’ll Hear the Voseo

The voseo is common in much of Latin America, but let’s cover exactly where.

There are only three countries in which the voseo is used almost exclusively in spoken Spanish: Uruguay, Paraguay and Argentina. In these countries, you’ll always be addressed as vos instead of tú.

The voseo can also be heard in Chile, Guatemala, El Salvador, Honduras and eastern Bolivia, where it often exists alongside the tuteo. In Costa Rica and Nicaragua, you’ll hear the voseo in urban areas, but usted is the go-to form elsewhere. You’ll also hear the voseo in some areas of Colombia, most notably the Paisa region in the country’s northwest.

The voseo will pop up in small regions of Ecuador, Peru, Cuba and Mexico. If you aren’t sure, it’s probably best to stick to the tuteo until you hear a native speaker do otherwise.

If you’re in the Venezuelan state of Zulia or Panama’s Azuero Peninsula, you may a hear a unique phenomenon in which native speakers use the pronoun vos with vosotros conjugations.

For centuries, the voseo was considered slang instead of just a regional difference, and this is where things get a little tricky. In addition to permanently reducing its prestige, this refusal to formally recognize the voseo took away the opportunity to standardize it, meaning there are some variations. It’s possible that you’ll hear some conjugations beyond the ones that are covered in the post below, especially if you’re traveling in countries where the voseo is only used in certain regions.

Where to Practice the Voseo

Though the voseo may seem a bit complicated, it gets infinitely easier with practice. To help you out as you get accustomed to the rules below, here are a few resources you can use to master it.

FluentU provides real-world Spanish videos, like movie trailers, music videos, inspiring talks and more, that’ve been transformed into language learning experiences. Each video comes with interactive captions—just click on any word for an in-context definition, visual learning aid and native pronunciation. You’ll also see what tense verbs are in plus other videos that use each word, so you can understand how to use them in any situation.

It’s a fun way to learn Spanish the way native speakers really use it while actively building your vocabulary. Start exploring the Spanish video library for free with a FluentU trial.

¿Querés Aprender? The Ultimate Guide to the Voseo

How Do Pronouns Work with the Voseo?

Vos is to voseo as tú is to tuteo. In other words, vos is used in any context where you would normally use tú.

Vos is also used after prepositions, so para ti (for you) and sin ti (without you) become para vos and sin vos, respectively. This is also true for contigo (with you), which becomes con vos in the voseo.

Object and reflexive pronouns remain the same as they are in the tuteo, as do possessive pronouns.

Let’s take a look at a few examples. We’ll review the verb conjugations in a minute, but for now just pay attention to the pronouns in bold.

Lo hicimos para vos. — We did it for you.

Before we move on, let’s compare these sentences to their tuteo equivalents to get a better sense of the differences:

Lo hicimos para ti. — We did it for you.

Estoy contigo. — I’m with you.

How to Conjugate with Vos in the Present Tense

The present tense is the most common form of the voseo. As usual, we’ll start by dividing our verbs into -ar, -er and -ir verbs.

-Ir verbs are where things start to look a little different from the tuteo, but keeping with the overall pattern in the voseo, the verb ending is -ís. Instead of tú escribes (you write), you would say vos escribís, and you would substitute tú vives (you live) with vos vivís.

Now that we’ve covered regular verb endings, we can move on to the irregular forms. The good news is there are only three.

The most common, ser (to be), becomes sos in the voseo, while the other two, ir (to go) and haber (to have), are the same as they are in the tuteo (vas and has, respectively).

Keep in mind that this lack of irregularity applies to stem-changing verbs as well. For example, tú dices (you are), becomes vos decís, while tú puedes (you can) becomes vos podés.

Try It Yourself: Present Tense Review

That was a lot to cover, so before moving on, try conjugating these verbs for vos in the present tense. The answers are provided below so you can check your work.

How Do Affirmative Commands Work with Vos?

Affirmative command forms (also known as the affirmative imperative mood) are nearly identical to the present tense. All verb endings are the same, except without the -s at the very ending: -ás becomes á, -és becomes -é and -ís becomes -í.

Let’s look at some examples:

Not too bad, right? Even better, there are no irregular command forms in the voseo. The closest thing to an exception is the verb ir (to go), which simply has no voseo equivalent. Luckily, in just about all contexts where you would otherwise use ir, the versatile verb andar works just fine.

One more thing to note: if you add an object or reflexive pronoun to the end of the verb, make sure you remove the accent to comply with Spanish accent rules:

Comprame algo. — Buy me something.

Try It Yourself: Affirmative Commands Review

The Present Subjunctive and the Voseo

If you’re only looking to learn the standard voseo as it’s used in Argentina, Paraguay and Uruguay, then congratulations! You’ve covered all the rules you need to know. In these three countries, the present subjunctive is almost always the same as it is in the tuteo, so all you have to do is change the pronoun from tú to vos.

However, in some other regions, you may encounter a different, non-standard form of the present subjunctive in the voseo. The general guidelines for these conjugations are below so you can recognize them, but be aware that they’re highly regional and considered incorrect by the Real Academia Española (Royal Spanish Academy)—you may raise some eyebrows if you try to use them in many areas.

So, for example, let’s take the phrase “I hope you go.” We know the beginning is “Espero que,” but what about the verb? Ir (to go) is irregular in the present subjunctive and the tú form is vayas. An accent gets added to the last syllable and the full sentence becomes “Espero que vayás.”

The Chilean Voseo: A Beast of Its Own

As fun as Chilean Spanish may be, irregularity comes with the territory, and the voseo is no exception. If you’re traveling in Chile, you’ll likely hear usages of the voseo that break with the rules outlined earlier.

We’ll give you the basic rundown, but again, these are non-standard forms that the Real Academia Española considers incorrect.

Before we touch on the conjugations, we need to talk about how and when the voseo is used in Chile.

This is considered very rude and should only be used when trying to insult someone.

This is very commonly heard among friends and in informal situations.

This is used among people who don’t know each other well and in somewhat formal situations.

This is used in formal situations.

One last thing to note is that Chileans use the voseo almost exclusively in speech, so you’re unlikely to see it in many written contexts.

Like the standard voseo, the Chilean voseo only has three irregular verbs in the present tense: ser (tú soi or tú erís), ir (tú vai) and haber (hai).

Though Chilean Spanish doesn’t use the voseo for affirmative commands, it does for the future tense. When speaking in the voseo, Chileans often replace all future tense endings with -í. Instead of cocinarás (you will cook), for example, it would simply be cocinarí. You may also hear the voseo in the conditional and imperfect forms, including the imperfect subjunctive.

Because the present subjunctive maintains the irregularities of the tuteo in the same way that it does in the standard voseo, we can identify a three-step process:

Once again, that process is mainly for you to recognize as it’s only used in specific regional contexts.

Daunting as it may feel to have to master an entirely new set of conjugations, the voseo is an incredibly important part of the Spanish language in many countries that teachers of the language neglect more often than not. Learning the voseo goes a long way toward gaining the respect of Spanish speakers from regions where it’s used, and it’s a great way to distinguish yourself from other Spanish learners.

So keep learning! You’ll be a master of the voseo in no time.

Listen and Learn: 6 Online Resources for Watching Spanish News Live
What Is the Best App to Learn Spanish? We Couldn’t Just Pick One, Here Are 10!