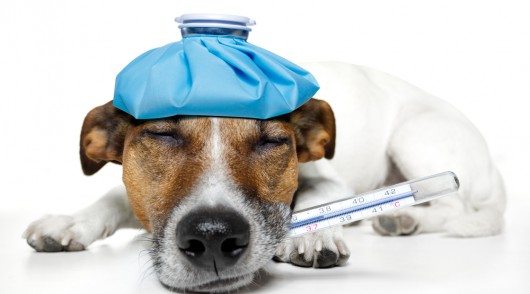 How to Survive the Spanish Subjunctive

I suffered from subjunctivitis for a long time.

Long after I had my forms of ser and estar straight…

Long after I was happily chatting away in the present indicative…

I was still foundering for five minutes after the words “quieres que nos…” or “no es necesario que…”, as I hunted around for the subjunctive conjugation, or tried to figure out whether the subjunctive was even appropriate.

My Spanish friends would stand looking concerned, wondering if I was having some kind of attack.

Eventually they learned to recognise the symptoms of my subjunctivitis.

In this post I’m going to teach you how to cure your subjunctivitis, at least in the present tense. The subjunctive in Spanish is a mood. It is not a tense because it has nothing to do with time, rather it conveys a sense of uncertainty or conditionality.

Comparison Between the English and Spanish Subjunctive

While English speakers often have a lot of trouble with the subjunctive, English does actually have a subjunctive mood; however, it is far less common than in Spanish, and more associated with formal speech and writing. Nevertheless, it is similar enough that it should provide a basis for understanding the Spanish subjunctive.

Think about the following pairs of sentences:

The first sentences in each pair are subjunctive. This allows them to communicate doubt or conditionality. In the second sentence of each pair the outcome is already determined, and the subjunctive is not necessary.

You can get a better understanding of this concept by hearing it in use. And you can do that over at FluentU! FluentU takes real-world videos—like music videos, movie trailers, news and inspiring talks—and turns them into personalized language learning lessons.

How to Survive the Spanish Subjunctive

It is nice to keep this idea of uncertainty, doubt or desire in mind but, if you’re like most people, you’ll learn to use the subjunctive by learning certain “triggers” that tell you your sentence is about to be shot headfirst into the subjunctive. The subjunctive mood often occurs in subordinate clauses that begin with que. For example:

In the first sentence, the subjunctive verb expresses a probable, but indefinite, outcome. In the second, it expresses a subjective opinion about whether it is good or bad to have free time.

With the sense of uncertainty or desire removed, these sentences would be:

Note also the beginnings of the sentences: “es probable” and “es bueno.” These are classic subjunctive triggers. A complete list of these triggers would be rather long. So here is a short one.

dudar que… (to doubt that…)

esperar que… (to hope/wish that…)

no es cierto que… (it’s not certain that…)

The 2 Most Common Subjunctive Triggers in Spanish

There are a couple of subjunctive triggers that deserve their own separate explanation.

The first trigger is a change in person. This happens with a number of verbs. Take querer: to want. If the verb following querer agrees with the subject of querer, you have not got a subjunctive sentence. If the verb following querer is different to the subject of querer, you’ve got yourself a subjunctive sentence.

“Yo quiero ir a la piscina.” (I want to go to the swimming pool.)

This is not subjuctive. This, however, is:

“Yo quiero que vayas a la piscina.” (I want you to go to the swimming pool.)

The same change happens with the verb esperar:

“Yo espero llegar pronto.” (I hope to arrive soon.)

The above example isn’t subjunctive. The following one is:

The second trigger is the idea of wishing a certain experience on someone. That’s a weirdly complex way to express the general rule, but it’s basically the equivalent of when you say “Have a safe trip,” or “Have a nice day.” In English this is obviously an imperative sentence. You’re telling someone to have a nice day whether they want to or not. In Spanish the phrase is “Que tengas un buen dia.” Or “Que te vayas bien.” These are subjunctive statements.

Together, these are the two most common ways you’ll encounter the subjunctive in everyday conversation. So they’re worth understanding.

How to Make a Spanish Subjunctive Conjugation

1. You begin with the stem used for the first person present indicative, for example encuentr- for encontrar, and hag– for hacer.

2. Then make the same vowel switch you use for the “usted” imperative tense. So the A in the -AR verbs becomes an E, and the Es and Is in -ER and -IR verbs become As (this includes the “o” in the first person forms). The following table summarizes these rules.

The usual “go” or “yo-go” irregular verbs such as hacer (hago), decir (digo), venir (vengo), etc. take the same irregular conjugations in the present subjunctive as they do in the present indicative (with the A/E substitution described above).

There are only 6 verbs that are specifically irregular in the present subjunctive.

Irregular verbs in the present subjunctive

The six irregular verbs in the present subjunctive are:

FluentU Spanish Is Now In Public Beta!
How to Learn Spanish Vocabulary with Reddit, Memes and More