Choosing Between Subjunctive vs. Indicative Spanish to Set the Right Mood

The Spanish subjunctive can be tricky for English speakers since there are no special conjugations for it in English, so we don’t tend to notice when we’re using it.

It can be difficult at first to know when to use the subjunctive vs. the indicative moods.

This article will give you seven concrete tricks for figuring out when to choose the subjunctive or the indicative mood in Spanish.

What Is the Indicative Mood?

Even if you’ve never heard the term “indicative mood,” you probably already use it all the time.

In Spanish, the indicative mood is used to talk about facts and objective reality. Most of the tenses that you learn in a beginner or intermediate Spanish class—present, imperfect, preterite, future, conditional and so on—are indicative.

Here are some sentences that use verbs in the indicative mood:

Ella quiere ir a la playa. (She wants to go to the beach.)

Mañana mi hermano y yo jugaremos al futbol. (Tomorrow, my brother and I will play soccer.)

All of these sentences describe an objective reality, so we use the indicative mood.

What Is the Subjunctive Mood?

On the other hand, the subjunctive mood is used to express uncertainty, desires, wants, recommendations, opinions and other non-objective types of expression.

The English language does have present and past subjunctive moods but if you’re a native English speaker, you might not notice when you use them. If you’ve never encountered the Spanish subjunctive before, understanding how to identify it first in English can help you figure out when to use it in Spanish.

Check out the verb usage in the following indicative and subjunctive sentences:

Indicative: “She studies before the test.”

Subjunctive: “The teacher recommends that she study before the test.”

This is one example of the English subjunctive; you’ll mostly see it after “that” clauses, like in the above sentence. Notice how, in the subjunctive mood, the present-tense verb “she studies” changes to “that she study.”

Here’s another one for the past tense:

Subjunctive: “If I were young again, I’d do things differently.”

See how “I was” changes to “I were”? This is the English past subjunctive in action.

The same is true in Spanish:

In Spanish, as in English, there’s a present subjunctive and a past subjunctive, both of which have their own conjugation rules and usages.

We won’t cover conjugation rules in this post, as we’ll be focusing on the difference between the subjunctive and the indicative. Be sure to brush up on your Spanish present subjunctive and past (imperfect) subjunctive conjugations before you continue to the next section.

Subjunctive vs. Indicative Spanish: 7 Moody Methods to Tell the Difference

Sure, it’s easy enough to say that the indicative mood deals with objective fact and the subjunctive deals with subjective stuff. As you may have already noticed, though, these rules can get a bit blurry and confusing.

But don’t worry—the following seven tips will help you learn the ins and outs of when to use the indicative or subjunctive mood.

In any beginner Spanish class, you’ll learn to describe your own actions and other people’s actions using the indicative mood.

Ellas van al doctor. (They go to the doctor.)

However, when commenting on these actions—expressing likes, dislikes, preferences, and other sorts of opinions—you’ll have to change these verbs into the subjunctive mood.

A mí me gusta que ella lea el diário cada día. (I like that she reads the newspaper every day.)

Yo respeto que tú siempre digas la verdad. (I respect that you always tell the truth.)

2. Use the indicative for beliefs and the subjunctive for doubts.

Here’s where things start to get tricky. We might think that beliefs are more like opinions than objective facts but in Spanish, you have to use the indicative mood to talk about positive beliefs.

On the other hand, if someone’s expressing doubt or uncertainty, use the subjunctive mood.

Want to practice? Check out the song “Lo dudo” (“I Doubt It”) by Argentine singer Karina la Princesita.

The conditional tense (the Spanish equivalent of the English phrase “I would…”) falls under the broad umbrella of indicative tenses. So, when talking about what you or others would do in a given situation, use the conditional tense rather than the subjunctive.

Yo haría lo mismo en su situación. (I’d do the same in her situation.)

Very frequently, you’ll see a conditional verb accompanied by a subjunctive verb when trying to express things in an “if…then” format:

Si ella tuviera que mudarse, se iría a Londres. (If she had to move, she’d go to London.)

Here, the verb tuviera (had) is the past subjunctive and se iría (would go) is the conditional. (Check out one of our articles for more information about the Spanish conditional tense!)

Yo quiero que tú me hables. (I want you to talk to me.)

This is a slight caveat to the previous rule about wishes, wants, preferences and desires. When somebody’s commenting on their own actions, there’s no need for the subjunctive. Instead, just use the infinitive form.

Yo quiero viajar a Irlanda. (I want to travel to Ireland.)

In this case, you’re expressing a desire to do something yourself (go to Ireland), so you use the indicative.

Because your parents are talking about preferences in their own actions, use the infinitive.

On the other hand:

In this sentence, your parents are expressing a preference for somebody else’s actions, so you must use the subjunctive.

As a general rule, don’t use the subjunctive mood to talk about your own actions. You might, however, hear exceptions to this in spoken Spanish. For example:

No creo que (yo) vaya al concierto. (I don’t think I’ll go to the concert.)

However, it’d be just as correct to use the indicative construction and say:

No creo ir al concierto. (I don’t think I’ll go to the concert.)

You’ll also use the subjunctive to talk about your own hypothetical actions, as we’ll see below.

Since the subjunctive mood is all about doubts and uncertainties, you might think it’d pair perfectly with the word si (if).

Unfortunately, it’s not that simple.

If the verb you’re using after si talks about some future occurrence, use the indicative mood.

At this point, you might think: “Wait a second! These si clauses represent uncertainty and possibility, not objective reality! So, why are we using the indicative here?”

The reason is that, even if those phrases don’t represent objective fact, they do represent realistic situations. On the other hand, you can use the subjunctive mood to slightly change the meaning of your sentence and express unlikely or impossible circumstances. Take the two following sentences:

On the other hand:

Si lloviera, no iríamos a la playa. (If it rained, we wouldn’t go to the beach.)

Can you detect the slight difference in the meanings between these two sentences? In the first, which uses the indicative llueve, the speaker’s talking about the real possibility that it’ll rain, and explaining what’ll happen in that instance. In the second sentence, the rain seems like a distant possibility, as expressed by the subjunctive lloviera.

To go a step further, you can use a pluperfect subjunctive conjugation to describe a completely imaginary, impossible situation that might have occurred but didn’t.

Si hubiera llovido, no habríamos ido a la playa. (If it had rained, we wouldn’t have gone to the beach.)

6. Use the indicative to make direct requests and the subjunctive to make polite requests.

You’ve probably learned to make Spanish commands or requests using the imperative, or mandato, form. The imperative tense is indicative.

There are both formal and informal conjugations in the imperative form. For example:

Both of these sentences mean the same thing and they both use the imperative tense. But the second one has an extra layer of formality and politeness because it uses the usted form.

However, if you want to be even more formal and more polite, you can incorporate the subjunctive. This is used to convey utter respect in your request. This can be done in a few ways.

You can use the word quisiera (I want):

Quisiera que me pase el sal. (I’d like for you to pass me the salt.)

Or you can use the phrase si pudieras… (If you could…):

¿Si pudieras, me pasarías el sal? (If you could, would you pass me the salt?)

7. Recognize words and phrases that are frequently paired with the subjunctive.

It can be hard to keep track of so many rules about when to use the subjunctive and when to use the indicative. One way to keep the two moods straight is to learn to identify certain “trigger phrases” that are commonly associated with one mood or the other.

You may have already noticed a few of these triggers throughout this article. Some common phrases that go with the indicative mood are:

On the other hand, some trigger phrases that signal use of the subjunctive mood are: 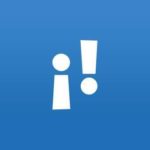 SpanishDict has a great list of trigger words for both the subjunctive and indicative moods.

For even more phrases—and to work on your recall—check out some Quizlet sets on subjunctive and indicative triggers.

You can also listen to native speakers using these two grammar aspects with authentic Spanish videos on the FluentU program. The app also allows you to create multimedia flashcards for specific words you want to study.

Finally, try some subjunctive practice exercises when you feel ready!

As you can see, the difference between subjunctive and indicative is a lot more complicated than just “reality” vs. “opinions.” But with these seven tricks and tips, you’ll be better able to differentiate between the two.