Wish you could ROFL right this minute?

If you are a Spanish student who cannot resist a good laugh and loves flexible Spanish learning tools, Spanish memes might be just what you need to inject some fun into your study time.

You are on the internet, so you probably already know what memes are.

Here is a refresher: Memes are fun pictures with brief, humorous text that constantly take the internet (and your social media newsfeeds) by storm.

They can also make your Spanish learning go viral.

If you are looking for a funny way to learn Spanish, the Spanish meme resources in this post will make you say “q risa!” (short for ¡Que risa!, which means “How funny!”).

Why Learn with Funny Spanish Memes?

A Few Things to Remember About Studying with Memes

Before you dive head first into Spanish memes, though, it is important to note that some use crude and/or adult language and humor, so if you are offended by such things, you might want to stay clear.

It is also important to remember that memes in any language tend to use very informal language, so you will see plenty of purposeful misspellings and/or grammar errors meant to add to the overall feel—just do not try to use similar language in your next essay for Spanish class.

Since memes often lean heavily on modern text and internet slang, you might want to brush up on your Spanish text message slang before embarking on your meme quest.

If you are not sure about any word or slang term, make sure to look it up before you use it! Always double-check new words you learn from memes.

Memedroid offers a plethora of Spanish-language memes, and dozens of new memes are posted daily. That’s a lot of laughs!

You can browse the latest memes, look at popular entries, “favorite” the ones you like best to look at again later, subscribe to see new memes by your favorite creators or just browse at random. The site also offers some GIFs and short videos.

One meme that Spanish students might enjoy is titled “Es solo un meme, no llame al FBI” (“It’s only a meme, don’t call the FBI”) and features a very clever criminal mastermind with an affinity for Pikachu. 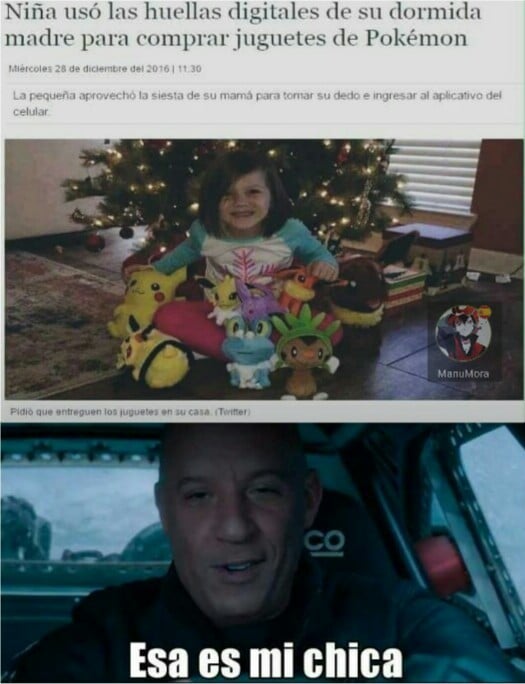 The Memeando website has been down for a while, but Memeando still uploads memes to their Facebook account on an infrequent basis. In fact, scrolling through Memeando’s Facebook feed will keep you amused for hours on end. Memando also offers GIFs, funny photos and more.

These memes reference pop culture, politics and more. For instance, anyone who has ever dieted might enjoy a pop-culture meme that pairs helpful “Sesame Street” advice with an image of Homer Simpson. 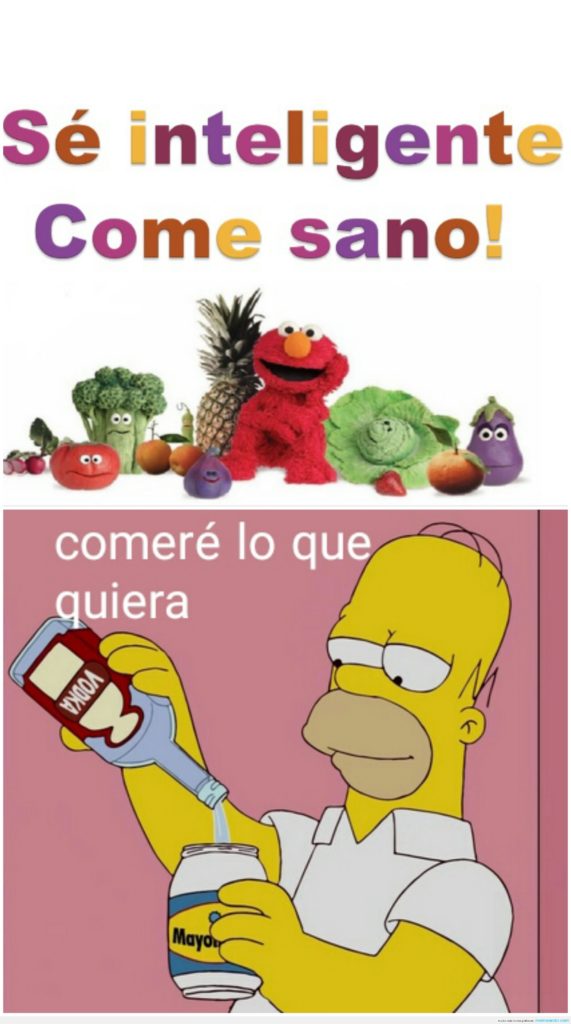 A good alternative to Memeando is Cuánto Cabrón. These memes are user-generated, and dozens of new ones are posted each day. If you want to get right to to the good ones, you can sort the memes by clicking the Mejores (top) tab for the best-ranked memes of the day. 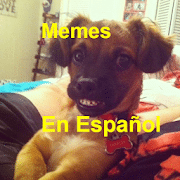 If you want your daily dose of memes delivered straight to your Android device, Memes en español (Memes in Spanish) is the app for you.

This app uses images you may be familiar with from your favorite English-language memes, but the text is in Spanish, so you will get the best of both worlds.

While this may have the same name as the app above, the website does not seem to be affiliated. Instead, it offers its own unique supply of hilarious memes.

The site uploads new memes every few days. Plus, if you want to see Spanish memes on your Twitter timeline, you might consider subscribing to Memes en español on Twitter, where they post memes from time to time. 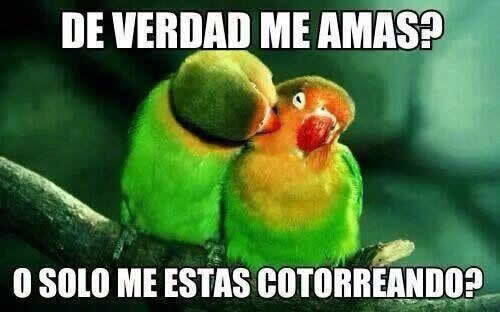 Although these memes cover a variety of topics, they are largely adult in nature, but you will pick up some good vocabulary you would not learn in Spanish class.

For instance, one particular meme features an inappropriate-looking dress and some adult vocabulary. You will also pick up some valuable slang: q is used to stand for que (that).

Also, in this instance, polla does not refer to a female chicken, but you will be able to understand the meaning based on the photo.

Eres Todo Un Loquillo (You Are Such a Freak/Crazy) is a Spanish-language website by the Cheezburger network, which has brought you hilarious websites like FAIL Blog, Ugliest Tattoos and, of course, I Can Has Cheezburger.

If you want to see the latest Spanish memes in your Facebook newsfeed, you can also subscribe to the popular Eres Todo Un Loquillo Facebook page. They post multiple new entries throughout the day, so you can get in some quick Spanish practice without even having to think about it.

Just for those who truly love memes. 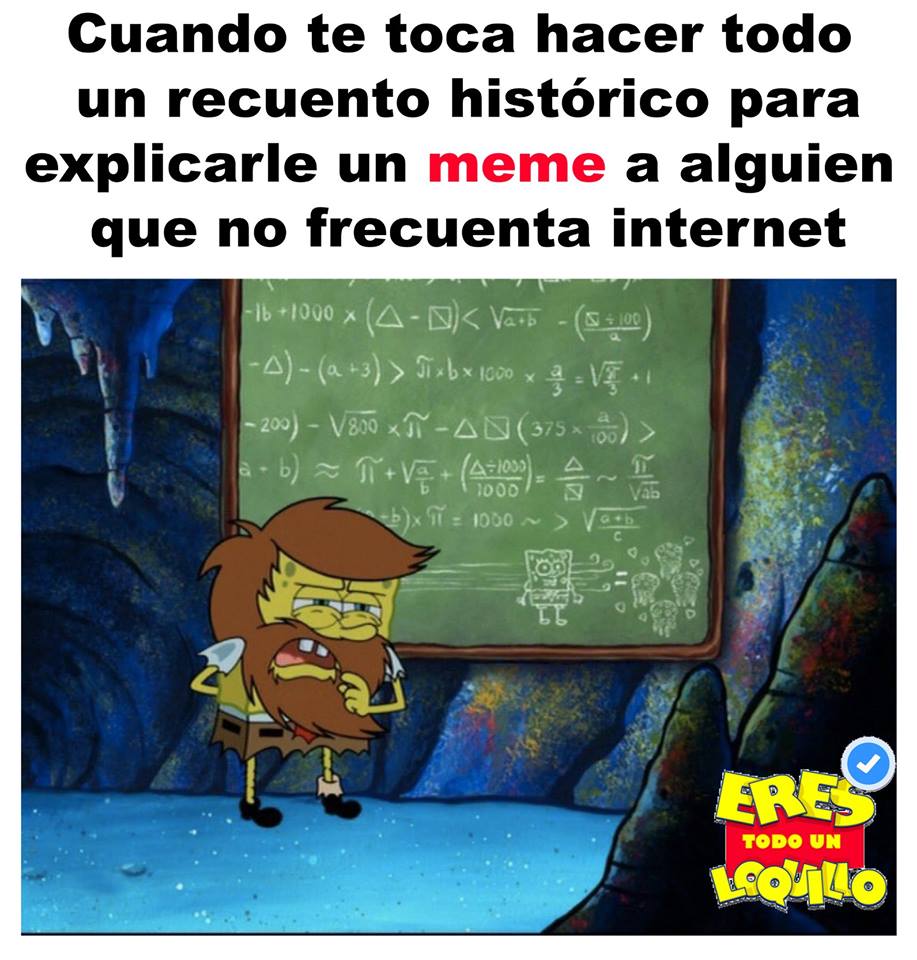 Plus, the site contains plenty of popular meme lists. For instance, Spanish students can peruse what is popular on Facebook by looking at “Llegó la hora feliz: la hora con los mejores memes de Facebook” (“The happy hour arrived: the time with the best memes from Facebook.”

Me.me is a huge meme hub. But luckily for Spanish students, they also have a category just for Spanish-language memes, making it easy to peruse at will. 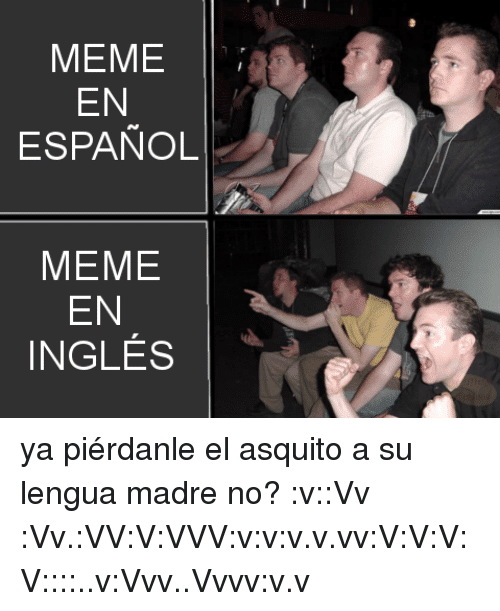 I, for one, think Spanish memes can be pretty funny!

Be forewarned that many of these are pretty offensive, so avoid this one if you are not prepared for some off-color humor!

Bonus: Make Your Own Spanish Memes!

If you want to improve your writing skills and exercise your wit in Spanish, you can also try creating your very own memes with these helpful websites.

Imgflip supplies you with popular meme images. All you have to do is type in what you want it to say and drag the text boxes around until you are happy with the finished product.

However, if you want to get a little fancier, you can also upload your own images and/or draw on the image. Once you are done, you can download your meme to share it with all your friends.

Like Imgflip, Image Chef provides some popular images that you have definitely seen in other memes, though you can also upload your own photo.

If you want a hilarious way to practice your Spanish, check out these six sources for funny Spanish memes. Ermahgerd, they will make you LOL!