Be careful: If you ever visit Panama, you might be seriously tempted to stay there forever.

But wait, don’t grab your bags just yet! Before you rush over to Panama, there’s one thing you need first: some Spanish skills.

More specifically, you’ll need to pick up Panamanian Spanish—which has some unusual quirks that set it apart from Castilian Spanish (the language spoken in Spain).

Let’s see what makes Panamanian Spanish so special and learn a few words to get started with this unique variety of Spanish!

What Exactly Is Panamanian Spanish?

Obviously, Panamanian Spanish is the Spanish spoken in Panama. But you want to know more than that, don’t you?

The language spoken in Panama has been shaped by the country’s indigenous native languages, particularly the Panamanian Ngäbere and Kuna languages.

It’s also been heavily influenced by English. Some even refer to Panamanian Spanish as “Spanglish” to show how much of an impact the English language has had on the Spanish spoken in Panama.

Beyond that, the language has bits and pieces of many other cultures, as well. Panama City is a port city near the canal. Historically—and currently!—it welcomes lots of foreign traffic. It’s just a logical effect that global citizens passing through Panama leave a linguistic and cultural footprint.

There are a few particulars to remember about Panamanian Spanish:

There’s one more thing to remember about Panamanian Spanish, and it’s a fun quirk: In Panama, you’ll hear lots of slang. It’s colorful and expressive, so if you pick up a few slang words and phrases, you’ll fit right in with the locals!

Many Panamanian Spanish words are very obviously influenced by the English language. Since the United States controlled the Panama Canal until 1999, that’s not a surprising fact.

Consider these words, which were “borrowed” from English and transformed into English-Spanish hybrids:

Instead of the usual comprar (to shop) you might hear chopear in Panama. Remember that the ch sound is often said as sh, so don’t get confused and assume this means “to chop.”

Quiero chopear. (I want to shop.)

This one’s so blatantly English it hardly needs to be explained!

I asked about this Spanglish oddity. My friend, who was born and raised in Panama, said it’s got something to do with how similar the word chingongo sounds to the actual item, chewing gum.

¿Tienes algún chingongo? (Do you have some chewing gum?)

If someone calls you’re their fren instead of amigo (friend) just smile because, in either case, it’s a good thing!

Some Panamanian Spanish words and phrases are totally unique and don’t really have easily explained origins. This goes for everyday expressions and some slang words, as well.

There are a few instances when letters in a traditionally Spanish word or expression are regrouped to form new words that basically mean the same thing as the original. The classic example of this is the well-known, friendly expression “¿Que pasa?” (“What’s up?”).

“¿Qué sopa?” literally translates to “What soup?” but in this case it’s used to mean “What’s up?”

Other Panamanian Spanish words and phrases to add to your vocabulary—and use while in this amazing country!—include the following:

It’s customary in a few Latin American countries, including Panama and Guatemala, to wish other diners a good meal. Say it before beginning to eat to fit right in with new Panamanian friends.

When the meal arrives at the table, smile and say, “¡Buen provecho!”

Dale pues means that you’re agreeable to whatever’s being discussed, and it’s also common in Nicaragua.

This one condenses the concept of a bald-headed person into one word that’s pretty fun to say.

This expression has nothing to do with salt—or any seasoning at all, for that matter! It’s a Panamanian slang term that means to have bad luck.

Catching a chiva in Panama is likely to be an adventure. Often, rural chivas carry small livestock (think chickens and ducks) in addition to humans.

In many places, it’s customary to order vino rosso (red wine) but in Panama, you’re likely to hear it called vino tinto instead.

Ordering beer in a bar? If you don’t ask for a cerveza (beer) but request a pinta instead, you’ll get a nod from the bartender.

The term is pulled from the word “pint” and is the casual way to say “beer.”

This is a fun word to find in Panama! It’s derived from the French word beaucoup (a lot)—and it means the same when found in a Panamanian Spanish conversation. 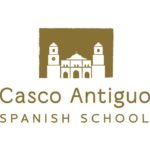 Want to learn more Panamanian Spanish words and phrases? Maybe you need a few extra slang terms to round out your travel vocabulary skills?

Consider going to the source and learning Spanish in Panama. Casco Antiguo Spanish School is located right in the center of Panama City and is a super spot for learning Panamanian Spanish. 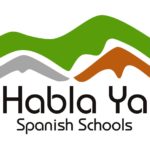 If you’re unable to study in Panama, consider a Panamanian tutor from Habla Ya, instead. Learning to speak Spanish via Skype with a certified Spanish teacher is the next best thing to actually heading to Panama.

And if you want a fast, fun introduction to Panamanian slang there’s a great YouTube video that’ll definitely add flair to your language skills.

If you want to watch more Panamanian Spanish in action, the FluentU program immerses you in Spanish through authentic Spanish videos. Every video comes with interactive captions. When you find a new word, you can create personalized flashcards or use the contextual dictionary to find the definition of any word you come across.

And when you head to Panama, fall back on your basic Spanish skills.

Then add some of these authentic Panamanian Spanish words and phrases to feel like a local.

Panama is really a welcoming country, so don’t be surprised when one of your new Panamanian acquaintances calls you fren!