There are many ways to take your French to the next level.

You could read French books, watch French TV shows, listen to French podcasts, not to mention travel to French-speaking countries.

But what if you want to take your French studies truly “out of this world” without leaving your couch?

You certainly can, with French science fiction movies!

French science fiction films deserve a place in your language-learning arsenal. Let’s take a look at some reasons why, shall we? 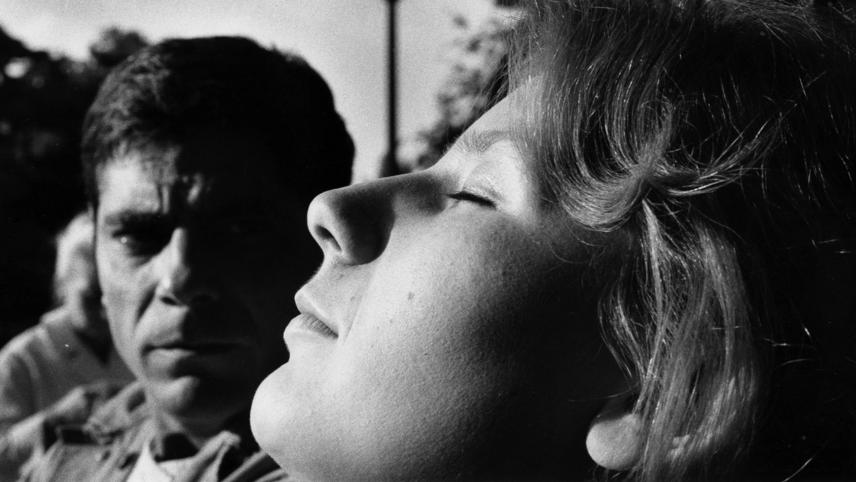 Chris Marker is a French writer, photographer, documentary film director and part of the bohemian Left Bank movement of the 1950s and 60s. He’s achieved international acclaim with this short film, which utilizes a technique known as photomontage.

Indeed, the film is comprised mostly of sumptuous still photos in black and white. In terms of plot, “La Jetée” (“The Jetty”) explores the memory of a man in the aftermath of nuclear war. Sound familiar to you young folks out there? Well, “La Jetée” inspired the 1996 film “12 Monkeys.” 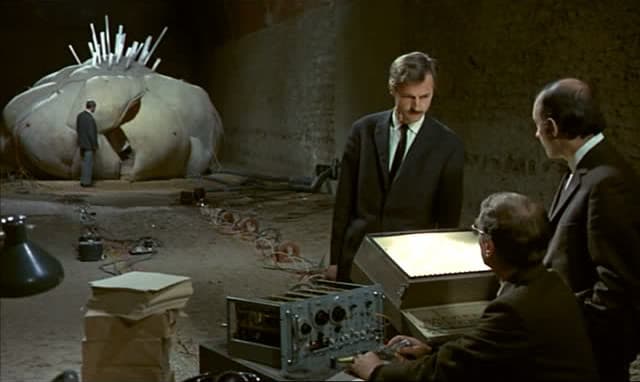 This movie was directed by Alain Resnais, also part of the Left Bank cohort. Resnais is primarily known for his feature “Hiroshima Mon Amour” (“Hiroshima, My Love”) and his documentary “Night and Fog” about the Holocaust. “Je T’aime, Je T’aime” (“I Love You, I Love You”) is also a great watch in its own right.

It came out in the politically-charged 1968 (even the Cannes Film Festival was cancelled—the movie was supposed to be up for competition!), which arguably provides insight into the ambivalent storyline that wavers between optimism and pessimism.

It tells the story of a man, Claude Ridder, who’s literally given a new lease on life. After a failed suicide attempt, a group of scientists grant him the opportunity to try out a new time machine, which allows him to revisit scenes in his life. Ultimately, it’s a film that explores the timeless themes of time and memory. Some say that “Je T’aime, Je T’aime” influenced Michel Gondry’s “Eternal Sunshine of a Spotless Mind.” 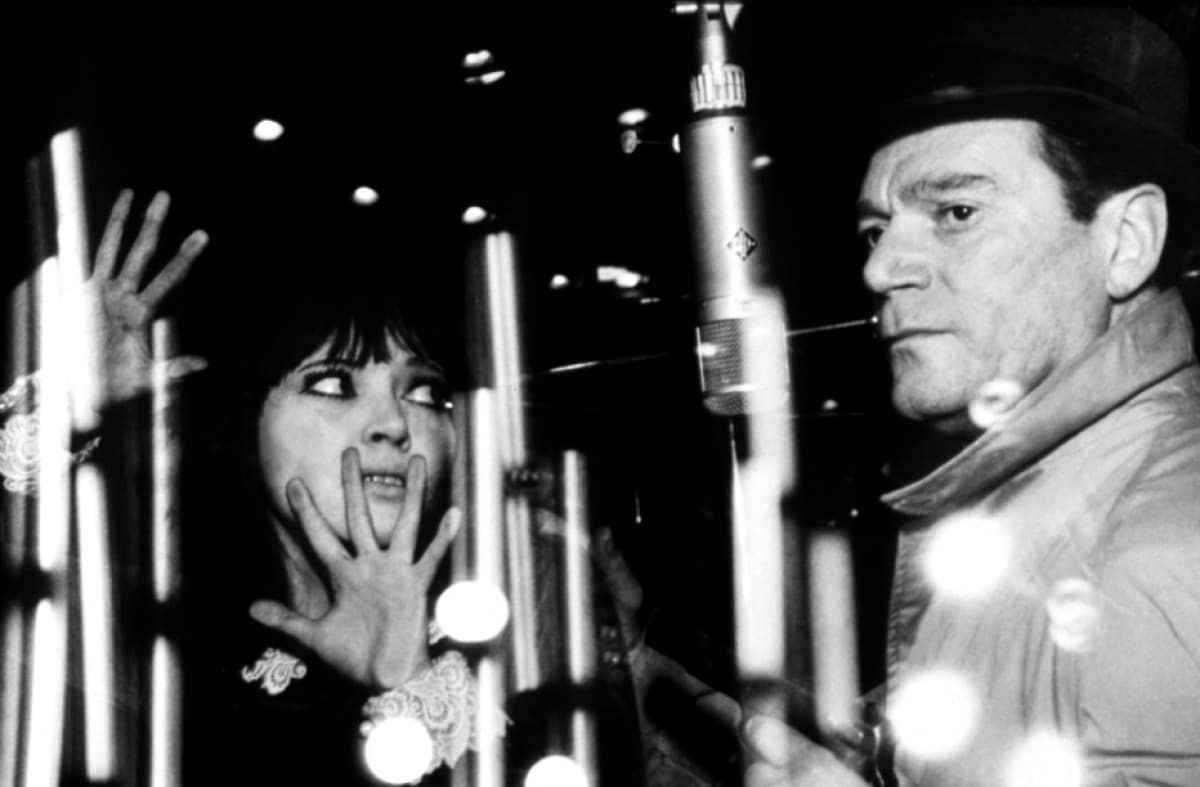 Indeed, what “Alphaville” lacks in special effects, it makes up for with gorgeous shots en noir et blanc (in black and white). Starring Godard’s muse, Anna Karina, it tells the story of a U.S. secret agent on a mission in Alphaville (located in outer space), where he must find a missing person and free Alphaville’s citizens from oppressive rule. 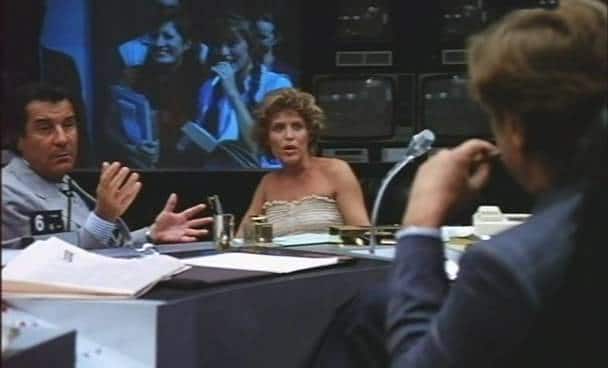 Based on Robert Sheckley’s 1958 short story of the same name, consider “Le Prix du Danger” (“The Prize of Peril”) a precursor of sorts to “The Hunger Games.”

Set in the future, competitors test their survival skills against each other in a fight to the death for cash prizes, and the contest is aired live on television.

How’s that for dystopic? This movie brings a whole new meaning to jeu télévisé (game show). Visually speaking, the movie’s campy TV game show set combined with the ominous plot is enough to make you shudder. 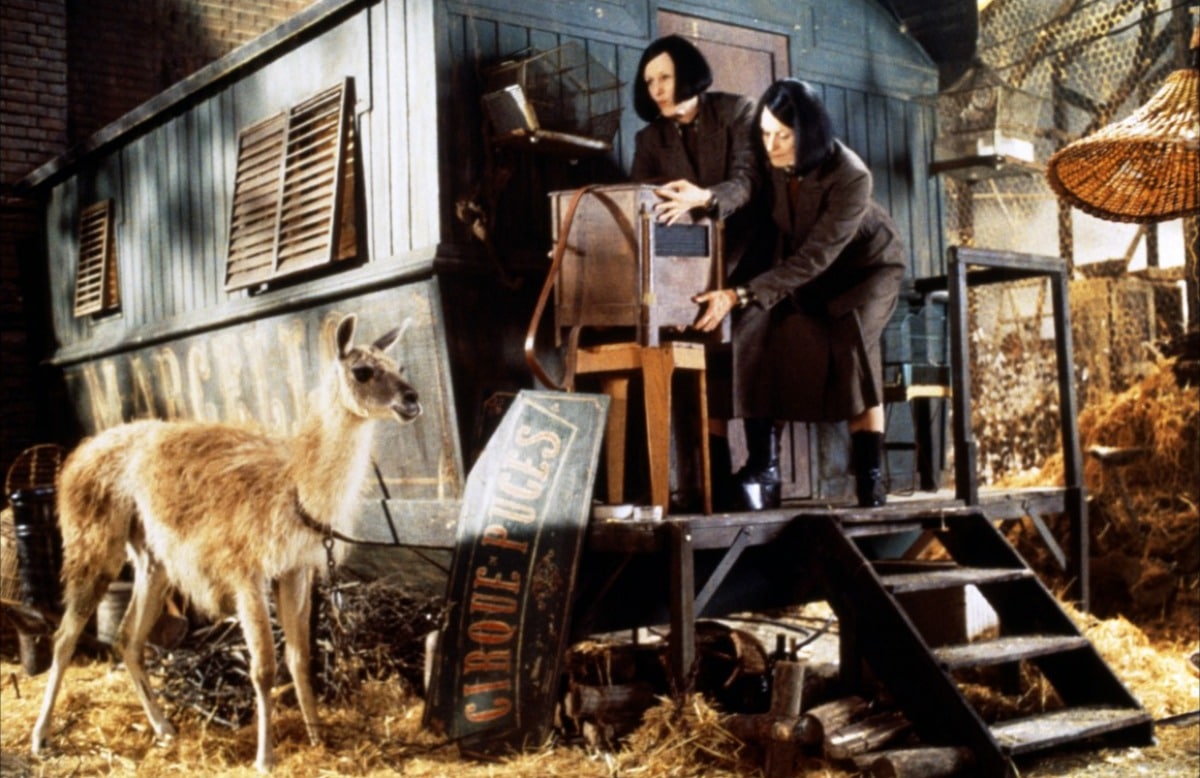 A French science fiction staple, “La Cité des Enfants Perdus” (“The City of Lost Children”) is a trip! In the hopes of cheating the aging process, a scientist kidnaps children in order to steal their dreams.

The beautiful gold-tinged shots of the movie evoke a fantasy world straight out of a childhood fantasy, which makes the movie all the more eerie.

A bit of fun trivia: Ron Perlman, an American actor who plays the film’s main character named One, didn’t speak French and had to learn his lines phonetically. Also, a video game of the movie was made in 1997. 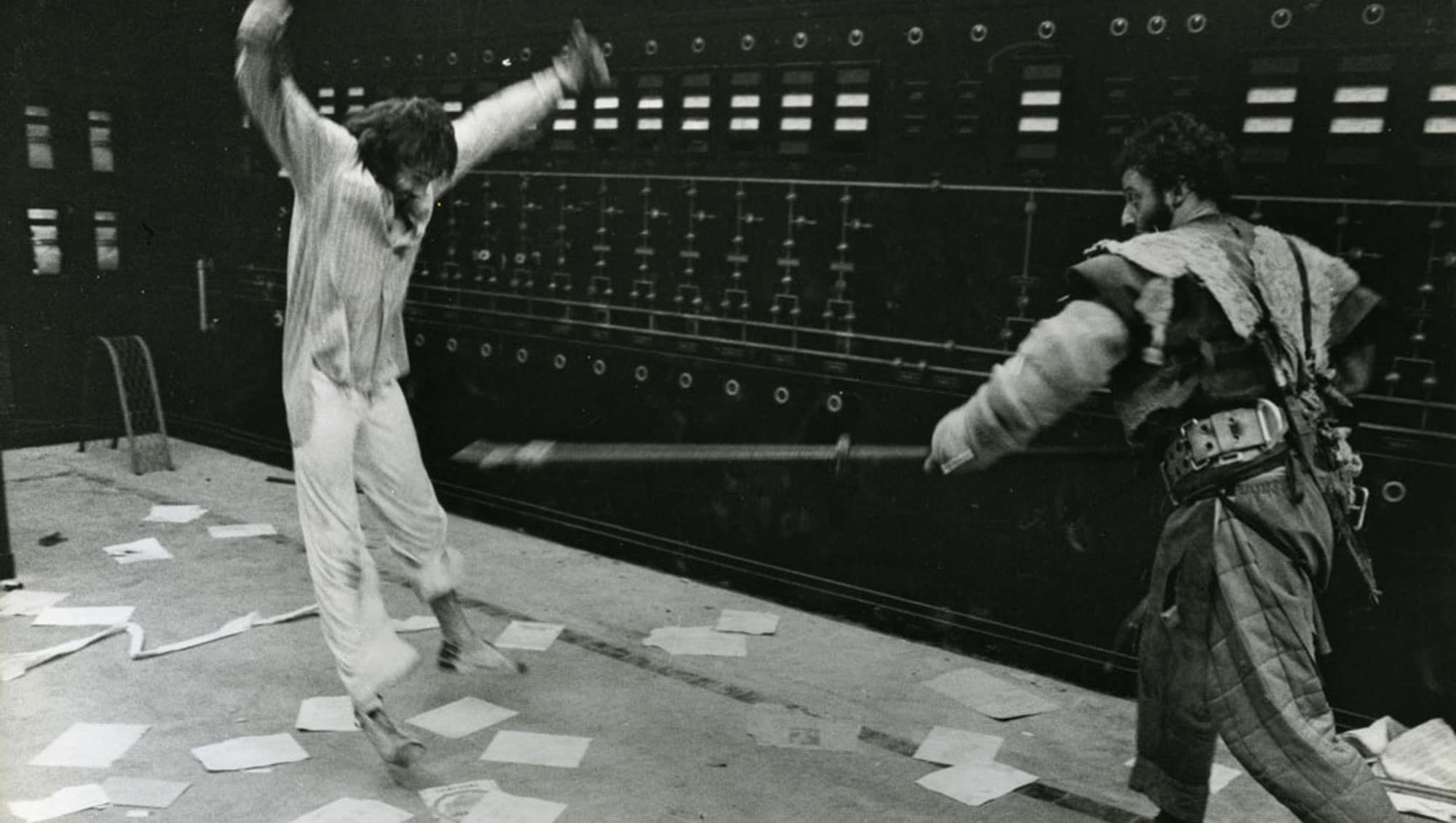 Now seasoned director Luc Besson made “Le Dernier Combat” (“The Last Battle”) when he was a mere 24 years old. In a post-apocalyptic world where everyone is mute, a fight for the few resources that remain ensues among the survivors.

The main character is “The Man,” a survivor who has built a makeshift airplane to escape some bad dudes. Later, he comes face to face with “The Brute,” another bad dude from whom he manages to flee by taking shelter in an abandoned hospital.

There, he befriends a doctor who’s also been terrorized by the Brute. A bizarre friendship develops between the man and the doctor, and soon the doctor reveals his secret—he has a woman locked up in the hospital. “The Last Combat” won two major prizes at the 1983 Avoriaz Science Fiction Film Festival. 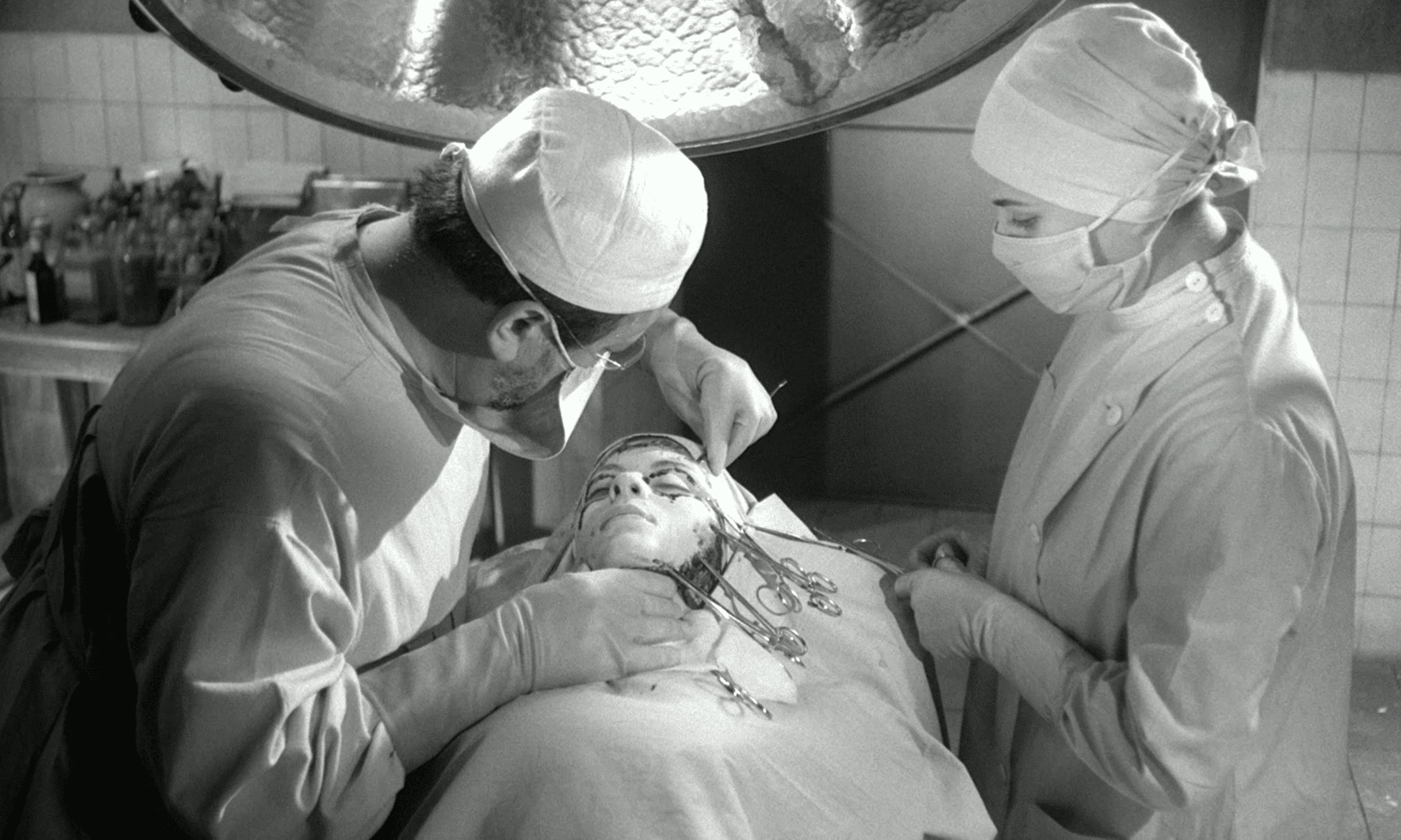 A combination of a science fiction, mystery and horror, “Les Yeux Sans Visage” (“Eyes Without a Face”) is a must-watch for the lover of mad scientist stories. The story follows Parisian police in search of the culprit responsible for the deaths of young women whose faces have been mutilated.

The villian is the renowned surgeon Professor Genessier, who’s trying to restore the disfigured face of his daughter. The doctor’s world begins to crumble around him when his daughter realizes just what he’s been doing in her name. The movie is based on the Jean Redon novel of the same title. 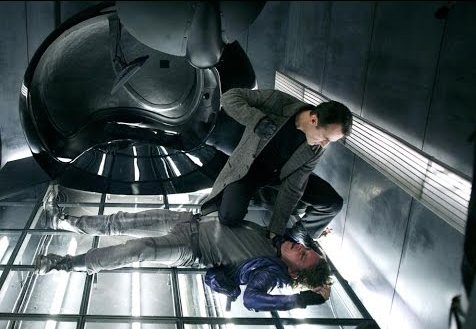 “Chrysalis” is somewhat reminiscent of “A Clockwork Orange” and the stories of Philip K. Dick (“Blade Runner,” “Total Recall”). Extremely original in its story line, the film is worth watching simply because of its visual appeal.

The story is set in a Paris of the future, and it follows a police lieutenant as he searches for the person who killed his wife. His investigation leads him to a high tech medical center and a series of uncomfortable realizations emerge. 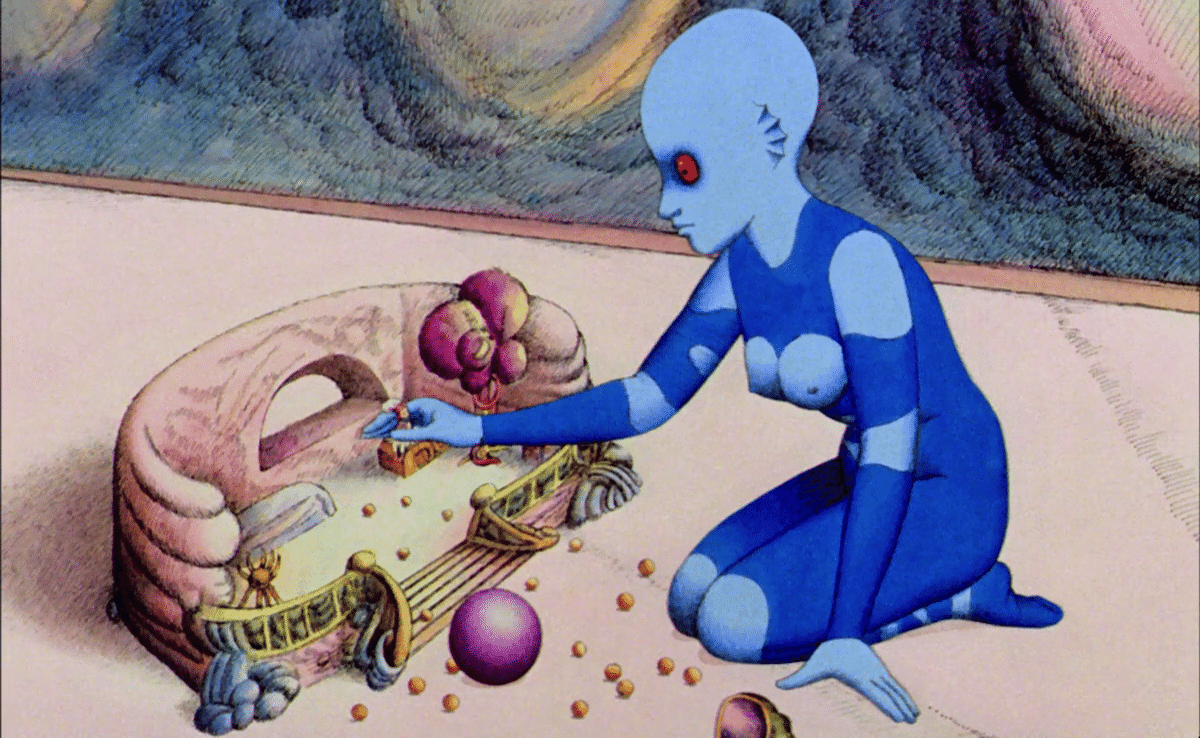 Young and old alike would enjoy “Planète Sauvage” (“Fantastic Planet”). The tale is told through eerily beautiful animation and follows the relationship between the small human-like pink-skinned Oms and their much larger blue-skinned oppressors, the Draags, who rule the planet of Ygam.

A Franco-Czech coproduction, ‘Fantastic Planet’ is a political satire of the Soviet Union’s Communist occupation of Czechoslovakia and other eastern European countries. Some venture that it’s far from coincidental that the word Oms has the same pronunciation as homme (man), whereas the word used to describe the masters sounds more foreign and unknown. 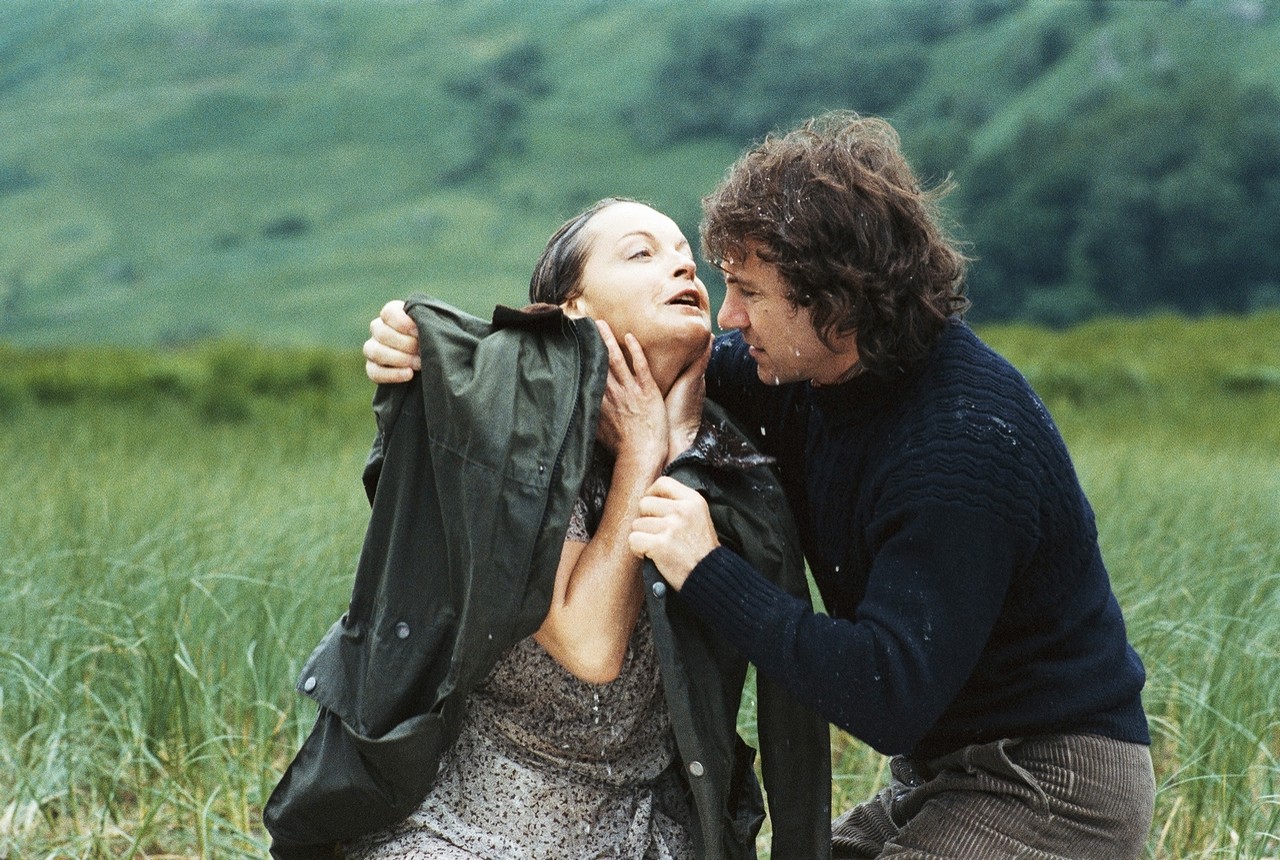 The premise of “La Mort en Direct” (“Death Watch”) is eerily prophetic of our reality TV-drenched culture of today. The protagonist is a man named Roddy who has a camera implanted in his brain by a television studio, allowing him to record everything via his eyes.

His task is to record the final days of a terminally ill woman, played by Romy Schneider, for the show “Death Watch.” She, however, is unaware that Roddy’s eyes are recording her every move. “La Mort en Direct” is based on David G. Compton’s novel, “The Unsleeping Eye.”

Besides being uber cool and intriguing, sci-fi movies can teach you plenty of interesting and sophisticated French vocabulary, so make sure you pay close attention. You’re not just watching for fun after all—you’re aiming to improve and gauge your French knowledge!

If lengthy films seem a bit challenging to tackle head-on, then you can build up your confidence with shorter French videos (sci-fi-related or otherwise) or language learning programs that use videos. One example is FluentU—it takes short French clips and combines them with interactive subtitles, flashcards and quizzes, so that you can learn French words and expressions in context.

Knowing more common, everyday French can make it easier to focus on the more unique, advanced vocabulary you’re likely to encounter in the movies. This makes the viewing more enjoyable as well, since you can also be more aware of the plot.

So kick back, relax and let yourself be transported to another universe!