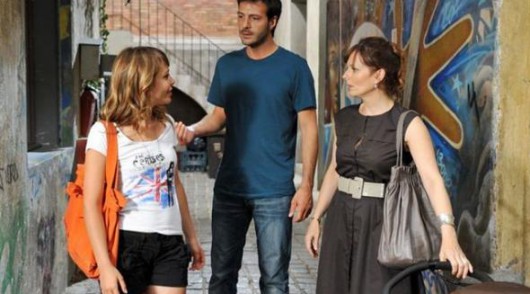 By Alan and Donovan

After all, there’s no better way to learn common French idioms or everyday French phrases.

Why Learn French Through TV Series?

Let’s face it – French isn’t an easy language to learn for the beginner, especially because of its pronunciation and complex grammar rules. By watching French TV shows we can pick up the pronunciation of French words and increase our vocabulary as well.

Hence, we’ve created this list of the top 10 TV shows to learn French. This is guaranteed to be useful to the French learner out there, regardless of your level of proficiency. 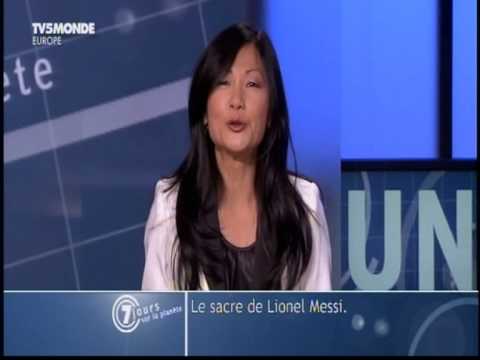 We can kill two birds with one stone because we can be kept updated with the latest trends in news and also practice our French at the same time. This TV program provides a roundup of the latest news of the week, with a focus on the francophone (French speaking) countries.

Selected segments of the show are regularly uploaded onto their YouTube channel. For example, learners can watch an expert talking about the importance of déconstruire les stéréotypes (deconstructing stereotypes) or another discussing la neurotoxicité des écrans (the neurotoxicity of screens).

We can also go onto the TV show’s website to engage in some fun interactive clips which have been classified according to the level of proficiency for learners (A2 to B2 levels). After listening to a clip, exercises test your listening comprehension skills through fill-in-the-blank and multiple choice exercises. 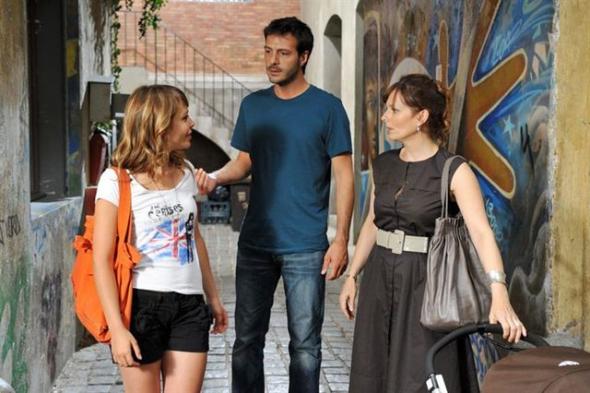 Marseille is a beautiful southern French city that receives at least 300 days of sunshine every year, making it a dream holiday destination for those who want to experience the Mediterranean lifestyle. Set in this idyllic coastal city, “Plus belle la vie” is a day to day serial drama about the lives of the residents in an imaginary neighborhood called the Mistral.

The series revolved around two main plots: the personal lives of the inhabitants of Mistral as they go about their daily lives, the evolution of love and friendship and of detective stories sometimes tinged with fantasies. The humor in French may be hard to understand beginners, but the sand, sun and sea definitely appeal to us. 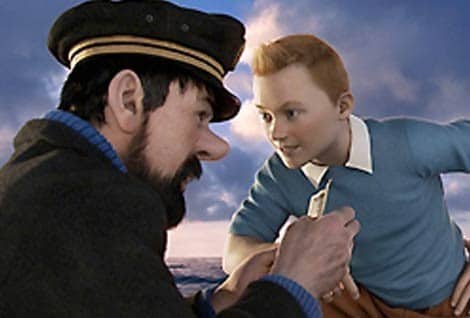 I’m sure that all of us would have read the Tintin comics at one point of our lives. It is a popular comic character which was created in Belgium and not France, contrary to popular belief. Watch “Les Aventures de Tintin” to relive some of our childhood memories.

It was created in 1991 from the comic book series, “The Adventures of Tintin.” Each episode usually lasts for 45 minutes and they are currently being replayed on the kids channel daily. You can watch the first season of this show online on Amazon Prime. 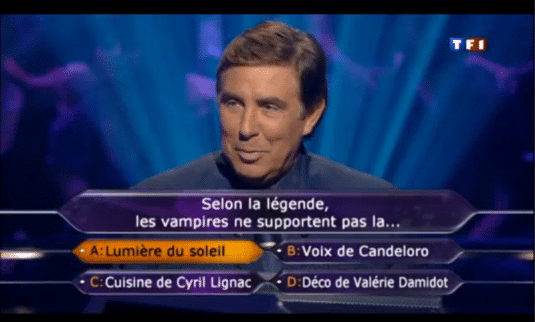 This is the French version of “Who Wants to Be a Millionaire?.” It is a gameshow of several multiple choice questions based on general knowledge and culture. The aim of the game is to answer all questions correctly to win the one million dollars.

Along the way, there are three lifelines that the contestant can use – 50/50, call to a friend and audience poll. Watch this to learn more about the culture, history, traditions etc. of France, as well as some tactics to winning the game should we become a future contestant on this gameshow. 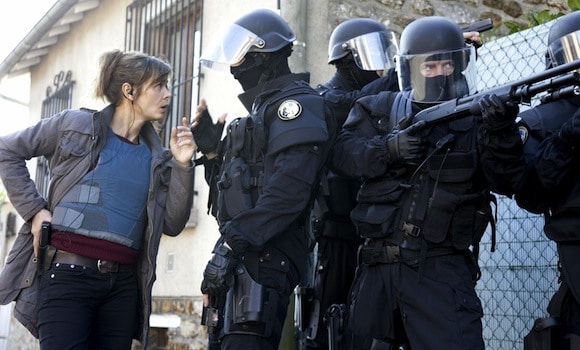 “Engrenages” is a crime thriller which gives the viewer an insight into French society. We can be informed more about the French justice system. Through a young prosecutor, a police captain, a judge and a criminal lawyer, we delve into the complicated world of the courthouse in Paris, its workings, its actors and its little tricks.

According to some lawyers and prosecutors, the shows may not be as accurate as what happens in real life, but as long as we can feast our eyes on good-looking actors/actresses, it does not matter. This is one of the rare TV series that has been exported overseas and sold in almost 70 countries, a proof of its success. 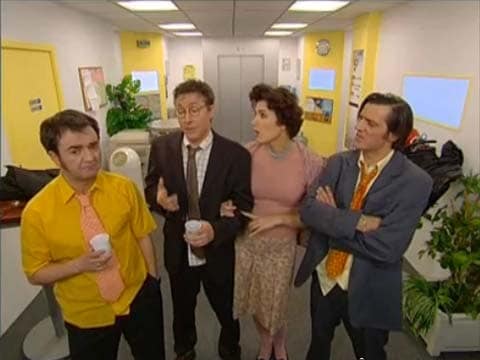 We all have a coffee machine in our home or the office right? The coffee is so ingrained in our daily lives that many of us drink it in the morning or to keep us awake during the day. Being located in the pantry area of the company, the coffee machine becomes the conversation starter during each episode.

We can relate to the coffee machine and the people who work at the headquarters of a large French company (main characters include a driver for the president, a director of human resources and a full-time psychologist). Through their witty professional or private discussions at the coffee machine, this parody of the daily lives of French workers will keep us laughing. 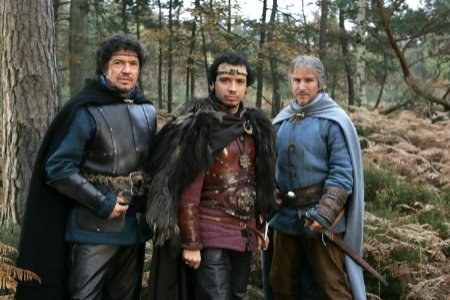 For those who are interested in ancient stuff, “Kaamelott” is a humorous historical fantasy TV series. The series was inspired by the Arthurian legend and it is about the legend of King Arthur who is struggling to be worthy of the task entrusted to him by the gods.

Surrounded by the Knights of the Round Table who are quite incompetent, he is faced with the fall of the Roman and barbarian intrusions, yet he still has to find the Holy Grail despite all these setbacks. Watching this will make us want to visit France to admire its beautiful ancient Roman landscapes and magnificent castles. 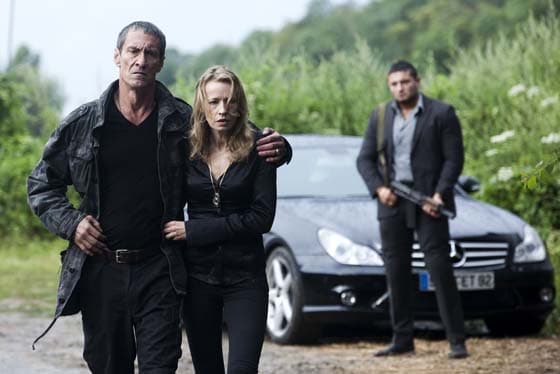 Four policemen see their lives changed when their colleague, Max, committed suicide after a case in which he was implicated in. They then decided to cross the “yellow line,” taking the law into their own hands in order to achieve their goal: to honor their friend Max.

Their actions are closely monitored by their nemesis and they soon land in trouble. This series is exciting with many unexpected twists and turns to keep us glued to the TV. While we may not be able to catch all the French conversation, at least there is loads of action to keep us captivated. 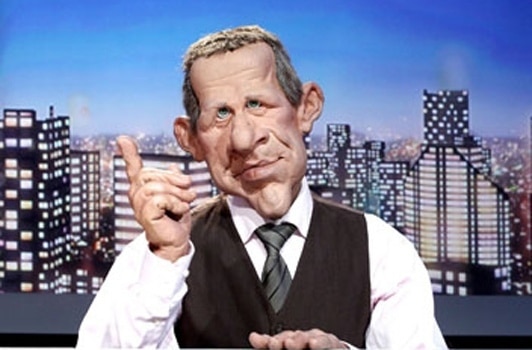 “Les Guignols” is a satirical news broadcast hosted by latex puppets. The Guignols are known for introducing popular catch phrases or satirizing politicians and they have a large influence on French popular culture.

The show has challenged current popular figures and conventional thoughts, more effectively than many other forms of media. While their main focus is on French politics, they parody international events sometimes. We can be kept updated about current affairs and gain different perspectives about such issues by watching this show. 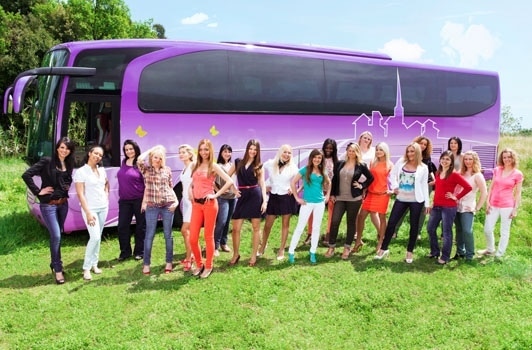 Interested to see how romance blossoms between a city girl and a country boy? Watch this reality TV series to find out more. A bus carrying twenty young urban girls looking for love traverses across several villages in France. They are searching for a companion to leave the city together for a quieter life.

The bus spends one week in each village, where three men will approach them on the first day and they can choose to get to know them better. As the days go by, each men is left with a smaller number of contenders, any remaining ones will then decide to stay in the village or continue on the bus to try their luck at the next village.

“Coup de foudre au prochain village” is no longer available for streaming online or for purchase, but you can watch “L’amour est dans le pré” (Love is in the Meadow), a similar show that follows single farmers looking for partners in the same style as the British show “Farmer Wants a Wife.”

If you like learning French through TV, then I’ve got to tell you about FluentU. Now you can learn French from music videos, commercials, news, and inspiring talks. FluentU lets you learn real French – the same way that people speak it in real life. FluentU has a wide variety of videos like movie trailers, funny commercials, and web series:

FluentU makes native videos easy to understand with interactive captions. Tap on any word to see an image, definition, and useful examples.

For example, if you tap on the word “suit,” then this is what you see:

And you can learn all the vocabulary in any video with FluentU’s “learn mode.” Swipe left or right at any time to see more examples for the word you’re on.

FluentU keeps track of vocabulary that you’re learning, and it uses that vocab to recommend you examples and videos. You get a 100% personalized experience. Start using FluentU on the website with your computer or tablet or, better yet, download the FluentU app from the iTunes or Google Play stores.