Should you invest in an expensive French course?

What if I told you that you needed none of those things?!

It’s true—taking your French from zero to a solid beginner stage is as easy as 1-2-3!

Learning vocabulary is one of the cornerstones of learning French.

In tandem with grammar, vocabulary populates your sentences and allows you to express yourself as well as your needs, wants and desires. It allows you to describe your concrete surroundings, as well as talk about the hypothetical—even that imaginary psychic you wanted to consult at the beginning of this post!

What’s the best news about vocabulary?

Well, according to the 80-20 rule, also known as the Pareto Principle, by learning 20% of the most common words in a language you can understand 80% of all written and oral communications.

While gauging 20% of a language may seem tough considering French dictionaries like Larousse claim to have over 135,000 words, it’s easy to grow a carefully targeted vocabulary in French!

In fact, according to the Universe of Memory, a base vocabulary of 500 words gives you a solid A1 (beginner) language level.

Consider this: with the following post, you can learn 250 of the most common French words right now!

That means that after this post, you’ll be halfway to having a solid base in the French language. In other words, learning the most common base words in a language allows you to become a functional beginner rather quickly.

Wondering what to do with all of this vocabulary once you start learning it?

FluentU is a fantastic tool to take the following vocabulary words and put them into context.

With FluentU, you can hear French vocabulary used by native speakers in authentic situations.

Then, practice what you’ve heard using interactive subtitles, flashcards, quizzes and more. Customize your playlists to focus on learning the French words you want.

Start learning with FluentU directly from your browser, or download the FluentU app from the iTunes or Google Play stores.

Without further ado, check out 250 of the most common French words to skyrocket your French to a solid beginner stage!

The following is vocabulary that’s used in the most common French conversations and situations, excluding common greetings and pleasantries.

Keep in mind the similarities between French and English when learning words from these lists. English has borrowed a lot of words from French and vice versa. As such, memorizing these words should be fairly easy! 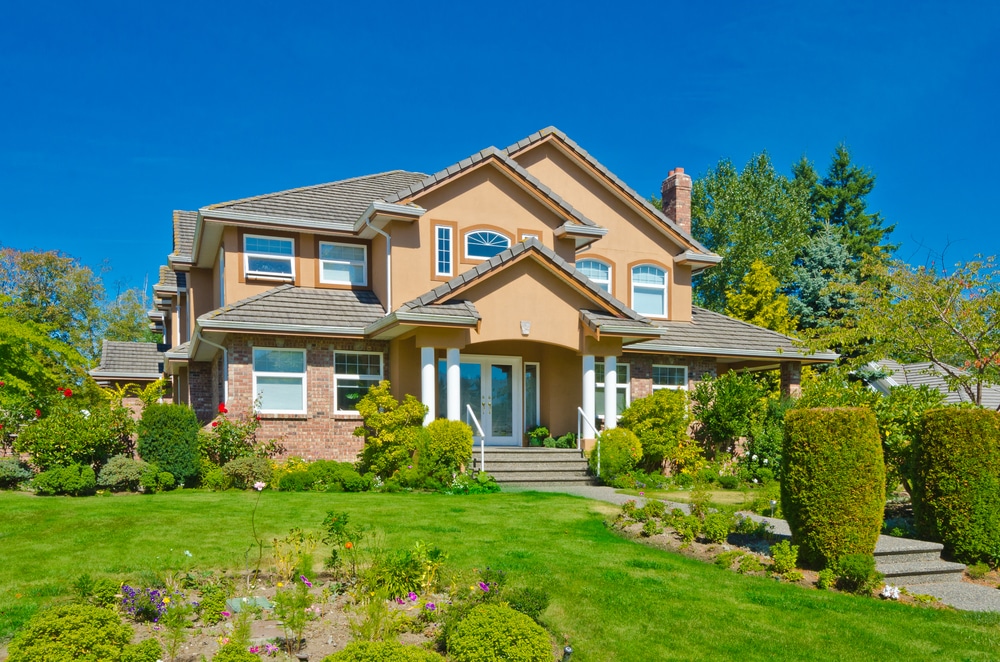 Some of the most important words in any language have to do with our immediate surroundings.

That being said, it’s crucial to learn the French words that describe the places where we live.

Check out the following common words that denote specific rooms and spaces in our households.

With the above words, you could say je suis dans… (I am in…) and attach any of the vocabulary words to say where you are in the house.

Similarly, with the phrase je vais à… (I am going to…), you can say where you intend to go.

With this construction, however, pay attention to the gender of the word that you add to the sentence. For instance, je vais à… becomes je vais au… (I am going to…) before masculine words and the le (the) gets dropped.

I am going to the basement

Continuing with our household theme, the following is a list of common words associated with rooms in the house.

With the above object words, you could ask the question qu’est-ce que c’est ? (what is this?).

To answer the question, simply start a phrase with c’est… (it is) and name the object, including its article (le, la or l’). 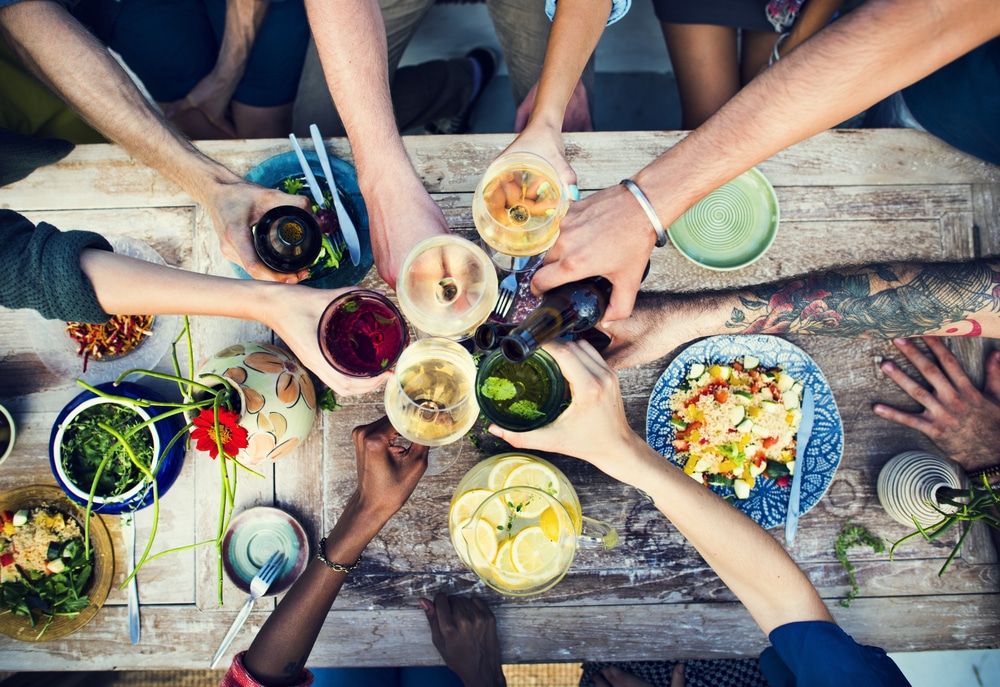 Hungry or thirsty? Check out the most common French words for food and drinks.

When making sentences with food words, use the phrase je mange de… (I am eating…) and attach any of the above words to say what you’re eating.

Next, say je bois de… (I am drinking…) and attach any of the above words to say what you’re drinking.

Make sure to pay attention to the gender and number of what comes next.

At a restaurant, you could also say s’il vous plaît (please) after any of these words to say what you would like to eat or drink.

Want to be extra fancy with the serveur (the server)? Say, je voudrais… (I would like…) to say what you want to order.

Vocabulary for School or Work 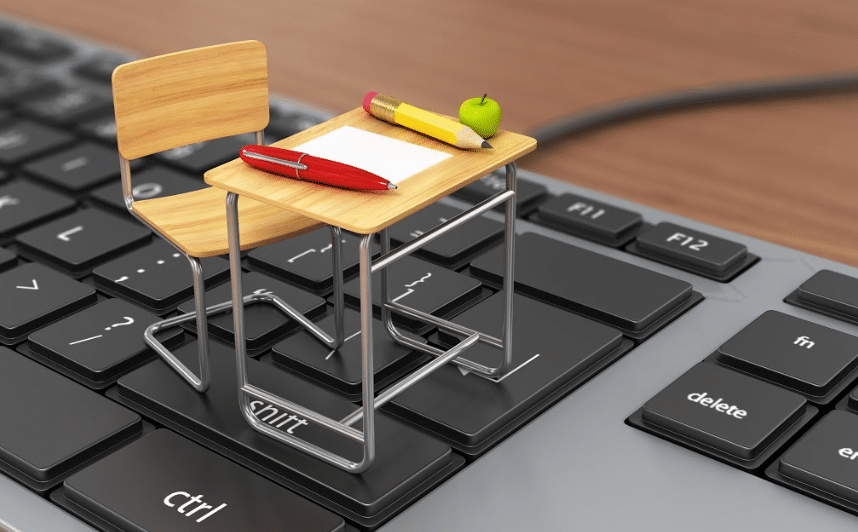 Headed to a French-speaking region for employment or study? Well, then the following words are essential!

Are you in need of a particular school supply?

Tell the person beside you j’ai besoin de… (I need…) and name the object.

Be careful though! If the word is masculine (with the le article), you will say j’ai besoin du… (I need…).

If you want to say that you’re studying a particular subject area, simply say j’étudie… (I am studying…) and name the subject from the list above.

Now let’s talk about career words! The following are common words associated with jobs and work.

To name the job that you do, you could say je suis… (I am…) and name the job without the corresponding article.

I am a plumber.

Notice that the above example doesn’t include an article, such as le or un.

Furthermore, you could say je travaille à… (I work at…) and name the company where you work. 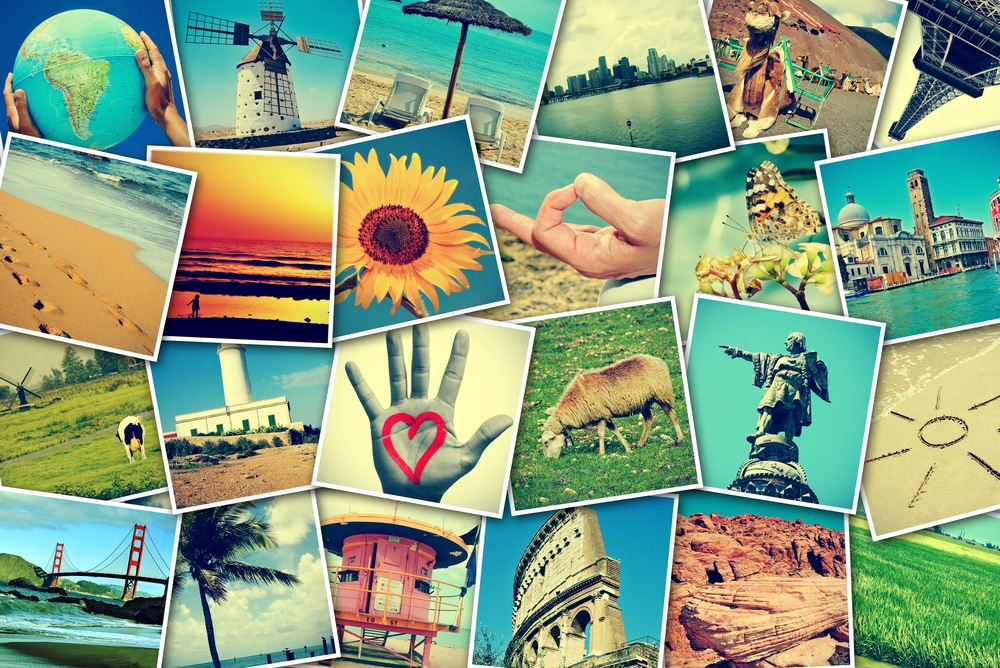 Splitting your time between home, school and work is no fun! You want to get out and explore, don’t you?

Check out the following common words for standard places or locations.

You could say je vais à… (I’m going to…) and attach any of the vocabulary words to say where you’re going.

Like before, remember to pay attention to the gender of the word with this phrase. For instance, je vais à… becomes je vais au… (I am going to…) before masculine words and the le (the) gets dropped.

I am going to the supermarket.

Are you lost? Simply begin your question with où est…? (where is?) and add in the place you’re looking for to get directions.

Where is the bakery?

The latter example is especially helpful if you’re craving some delectable French bread!

Describing Yourself & Other Things 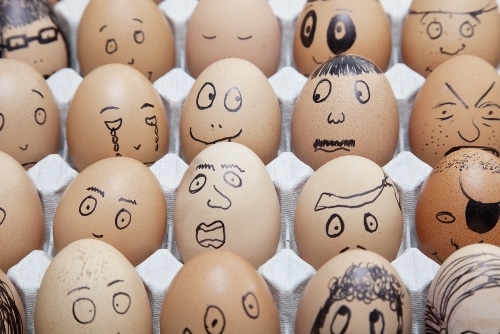 Even though the French aren’t particularly fond of small talk, it’s still useful to ask someone how they’re doing.

To say that things are just okay, you could simply say ça va (it’s okay) or comme-ci, comme-ça. Keep in mind, however, that comme-ci, comme-ça is a textbook phrase that isn’t actually used much in French-speaking regions these days.

Looking for more meaningful descriptions? The following are common words that can be used to describe yourself, others or inanimate things.

Keep in mind that some adjectives change genders depending on the gender of the noun it describes.

In this list, the masculine forms are given first, with the feminine forms being either those with an added -e or the second form of the adjective.

For example, if you wanted to say “the house is big” in French, you’d have to use the feminine form of the adjective, as follows:

The house is big.

Interested in more adjectives? Check out how to say common colors in French as well! 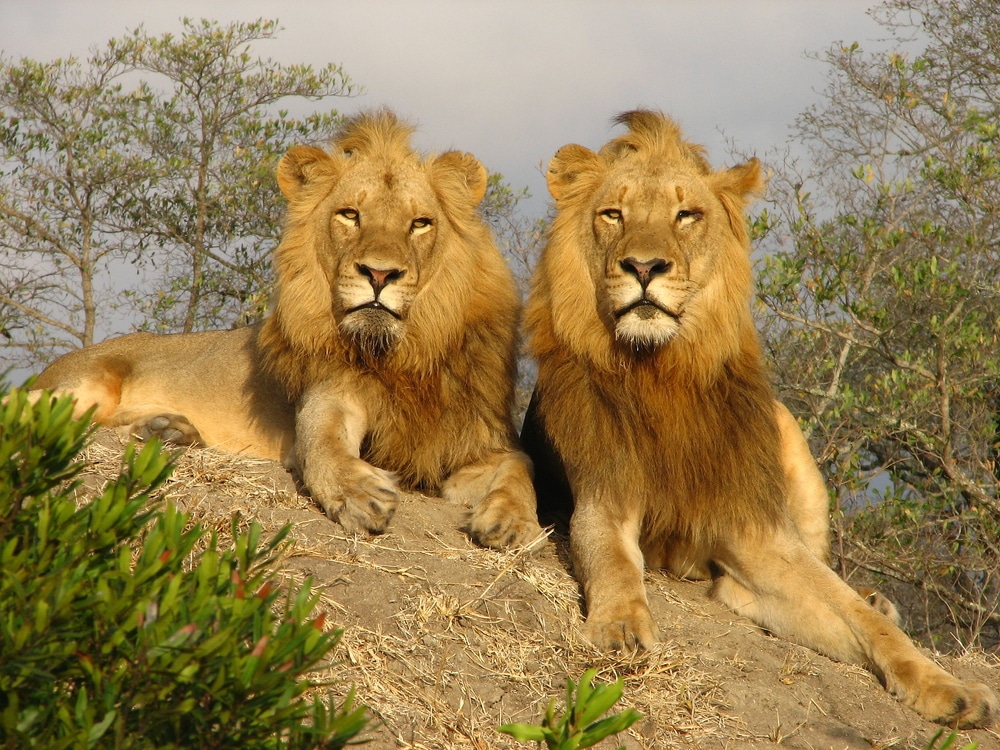 There’s no break from studying I love more than taking a nice walk in nature. The following are common French words that can be used to describe animals or nature.

Interested in knowing what you should wear for the weather outside? Ask quel temps fait-il ? (what’s the weather?).

Remember, however, that when talking about the temperature, you say il fait chaud (it is hot) and il fait froid (it is cold), using the verb faire (to do, to make) instead of the verb être (to be).

If you’re feeling daring, turn on la météo (the weather forecast) for an in-depth look! 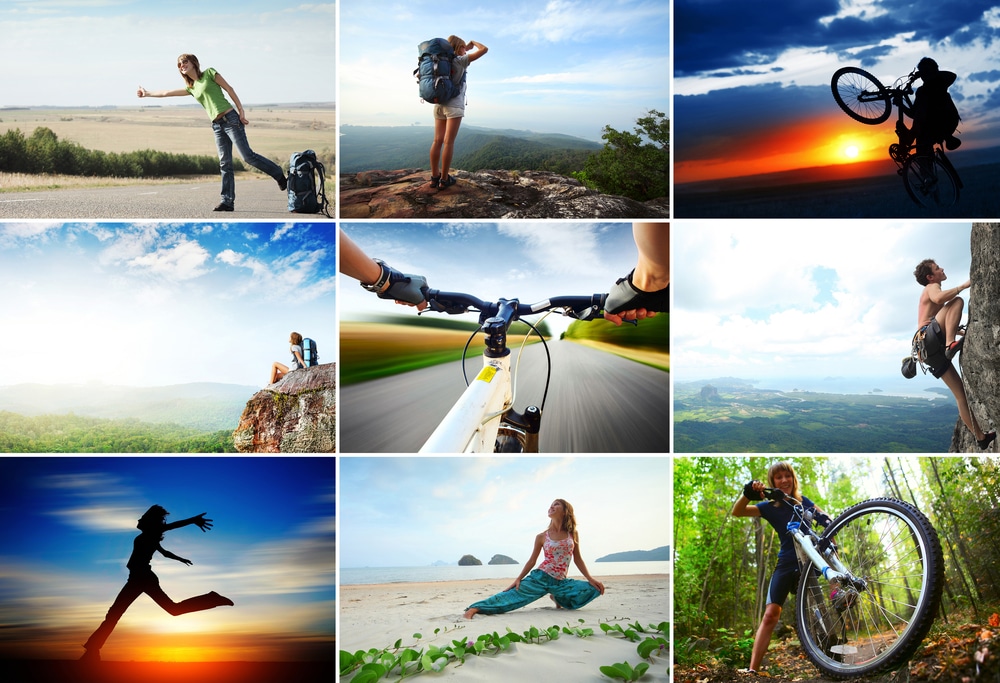 So far we’ve been focusing on common words to describe our surroundings and our experiences, but we’ve left out a crucial piece: verbs.

Verbs are words that describe actions, and, in fact, most French sentences (and sentences in other languages) need verbs to make sense.

The absolute most common French verbs are être (to be), avoir (to have) and aller (to go), and these verbs are irregular, meaning they don’t follow the same rules of usage (or conjugation) that so-called regular verbs do.

This means that these verbs need to be memorized, but once committed to memory, you’ll find that your sentences completely fall into place. In the meantime, try using a handy French verb conjugation tool, like the one from Reverso.

Lucky for you, French learner, most other verbs are regular. This means that you only have to learn the endings of their group, which apply to all regular verbs in that group.

In French, there are three groups of so-called regular verbs, denoted by their infinitive (unconjugated) endings: -er verbs, -ir verbs and -re verbs.

The most common -er verbs are as follows:

Visiter — to visit (a place)

Following the conjugation rules for -er verbs, you could say things such as je parle français (I speak French) and il visite la banque (he visits the bank).

Common -ir verbs include the following:

With the conjugation rules for regular -ir verbs, you could say something like tu bâtis une maison (you build a house) and nous réussissons le test (we pass the test).

Check out the most common -re verbs:

Descendre — to go down / descend

Use the conjugation rules of regular -re verbs to say things like ils vendent des pommes (they sell apples) and elle entend l’oiseau (she hears the bird).

And just like that, you have 250 words to bring your French to the next level. Practice these words often and watch your French comprehension and production vastly improve!