100+ Words for Animals in French with Fun Cultural Tidbits

If you’re learning French, animals have to be part of that process, too.

Luckily, learning the names of some of the world’s creatures is one of the more fun and culturally interesting activities in any language.

And animal names in French are laden with a variety of meanings beyond the simple and literal.

In this post, we’ll learn a whole herd of French animal names and delve into their significance in the French language.

Before we dive into this diverse list of animals in French, let’s look at some resources for practicing the French animal vocabulary that you’re about to learn.

The following resources can be used at any stage of your French-language learning journey, and will not only help you grow your French animal vocabulary but also your general listening and comprehension skills. 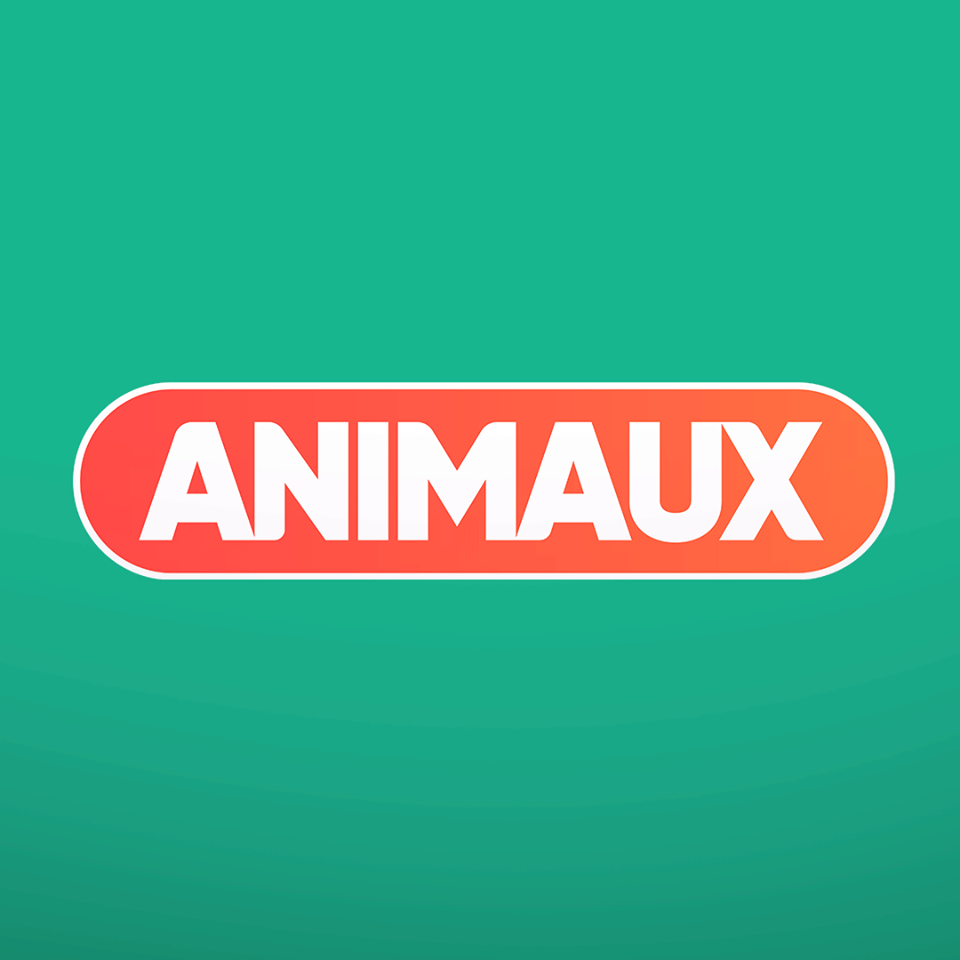 This French YouTube channel offers you many educational and entertaining videos about animals with subjects ranging from pet advice and information about endangered species to celebrity encounters with scary and fascinating creatures.

There are plenty of animal names right in the titles, so even if you understand nothing else in the videos—and like most animal videos on the internet you don’t need to understand much to enjoy them—watching them will help you reinforce your vocabulary learning.

FluentU is a language immersion program that uses authentic French videos with interactive captions to teach the language. Using this program, you can watch and listen to your new animal vocabulary with context.

As you watch videos and come across new animal vocabulary, you can hover over any word to see an in-context definition, brief information about the word’s grammar and a memorable picture. Click on the word to see further examples of it used in text and videos and an audio pronunciation.

You can also save any word to custom flashcards decks and further review them with personalized quizzes.

This Netflix kids’ program, which comes with French audio and subtitle options, is a cute and simplified way to learn about the lives of different animals one animal at a time.

See what life would be like if you were a tiger, a gorilla, a hamster, a penguin and more. Because this program is geared toward children, the context is perfect for beginner French language learners.

Jean de la Fontaine was a famous 17th-century French poet who’s still well-known for his “Fables.” Many of the fables are stories about animals.

You can test your knowledge of animal names simply by reading through the titles and seeing what you recognize. If you’re a bit more advanced or really want a challenge, try reading some of La Fontaine’s “Fables.”

This quiz lets you practice animal names through a fun animated multiple-choice format. There are four quizzes to choose from and prior to taking any of the quizzes you can listen to the audio pronunciations of each of the animal names that you’ll be tested on.

A Quick Note on Gender

Gender in French with animals can get a little complicated from an English speaker’s point of view. Although many animals in French have a masculine and feminine version that can be applied depending on the sex of the animal, you also tend to default to one gender or the other when talking about a type of animal in general (usually masculine, but not always).

There are also some French animal words, like in English, that are specifically meant to refer to the female or male of the species. For example, cheval a masculine noun that means “horse,” but you can also refer to un étalon (a stallion) or une jument (a mare).

The French words for each animal below are the general words that tend to be used, with the gender indicated by the indefinite article (un for masculine or une for feminine).

This list isn’t meant to be a comprehensive look at all of the variations on the nouns and animals included, but the words you see—unless it’s evident that they’re supposed to only refer to a female or male—are the more neutral, default names you’re likely to find in a dictionary.

The first episode of the above Netflix series “Si j’étais un animal…” (If I Were an Animal…) is about being a “Great Pyrenees,” a breed of dog that originated in France and Spain. As you may already know, the Pyrenees mountain range covers the border between these countries.

In French, this dog is known as a Berger des Pyrénées (literally “shepherd of the Pyrenees”), which you can see reflected in the French subtitles. The audio uses the word patou, which comes from an old word for shepherd.

The feminine versions of the nouns for dog and cat are chienne and chatte.

However, these both have meanings that are potentially offensive or naughty-sounding depending on context, which you can probably figure out based on similar versions that exist in English.

On a completely different note, if you’re a cat lover who’s learning French, you should know about the Parole de chat (literally “word of cat”) YouTube channel, which is a one-stop shop for funny French-language cat videos.

This video introduces you to the concept of les chats ninjas (Ninjacats!).

You can also find this video on FluentU with interactive captions.

A pig can also be called un porc, and a sow is une truie.

Literally, “a pig of India.” Guinea pigs actually originated in the Andes Mountains of South America. So why do French speakers call them pigs of India? Well, why do we call them guinea pigs?

Be careful not to mix up the plural for cheval, chevaux, with the word for hair, or cheveux.

Vache and variations on it practically make up their own subcategory of French slang and colloquialisms. La vache! is an expression used to express surprise. It’s sort of equivalent to “wow” or “damn” in English.

Vachement is a casual way of saying “really” (or “bloody” in UK English).

The concept of compter les moutons (counting sheep) exists in French just as it does in English.

Chèvre can also refer to goat’s cheese, but when this happens, it takes on the properties of a masculine noun.

Chipmunks aren’t found in France or Europe in general, but it’s interesting to note that French Canadians have their own special word for them, un suisse, which literally means “a Swiss” and may have to do with how chipmunks’ stripes resemble the uniforms of the Vatican Swiss Guard.

As in English, this word can also refer to a computer mouse.

Just remember that the only reason the whole concept behind the movie “Ratatouille” even works is because these words are spelled the same in English and French.

Foxes are often portrayed as tricksters. A fox in one of La Fontaine’s fables fools a raven into dropping a piece of cheese and then has the nerve to act like it’s a moral lesson.

But this isn’t always the case. In Antoine de Saint-Exupéry’s “Le Petit Prince” (“The Little Prince”)—that extremely popular piece of literature among French learners—the renard is a friend of the little prince.

The French expression avoir le cafard (literally “to have the cockroach”) means to feel down or depressed, or to have the blues, as we might say in English.

One of La Fontaine’s fables includes a story about a cicada and an ant (“La Cigale et la Fourmi“). In it, the cicada spends all summer singing while the industrious ant works to store up food for the winter. Later, when the cicada begs for food, the ant is a complete jerk about it. But of course this doesn’t mean that we should judge all ants accordingly.

Under the Surface: Water-based Critters

Yes, a goldfish is a “red fish” in French.

As you may have already guessed, La Fontaine also penned a version of the famous tale of le lièvre (the hare) et la tortue (the tortoise).

Moules-frites or moules et frites is a dish consisting of, well, mussels and fries, that likely has Belgian origins, and can be found today throughout Belgium, France and other countries.

The Belgian artist Stromae uses this famous food metaphorically in the song “Moules Frites,” which is actually about something more R-rated that I’m sure you can work out if you want to:

The music video for the song “Les Huîtres” by Mai Lan comes with a pretty strong visual reminder of what une huître is.

The name comes from Saint James the Greater, or Saint Jacques le Majeur, whose emblem was a scallop shell.

This fish is literally “golden-yellow,” which I honestly think is a lot name than “walleye.”

Be careful, because maquereau can also mean “pimp.”

Also, groseille à maquereau is “gooseberry.” Une groseille by itself is a redcurrant. This seems to make about as much sense as “guinea pig.”

Some French speakers use the masculine word pingouin to mean penguin, which is arguably incorrect as this word was originally meant to refer to a great auk, a bird resembling a penguin that’s now extinct.

The book “Les Yeux jaunes des crocodiles“ (“The Yellow Eyes of Crocodiles”) by Katherine Pancol is a great one to read when you’re at about an intermediate level. But just be warned that if you don’t already have a healthy fear of crocodiles, you will after reading Pancol’s novel.

This is literally “red throat.”

Okay, so here’s a confession. I’ve never been exactly clear on what the difference between a raven and a crow is in English, or if there even is a difference, let alone in French. I know that I was taught in French class that crow translates to corbeau.

If it helps, you can always just remember that French poet Stéphane Mallarmé translated the Edgar Allen Poe’s poem “The Raven” into French as “Le Corbeau.“

Well, that’s a lot, huh? The truth is, while animals are one of the first basic categories you often tackle while learning a language, the subject of animals is incredibly complex in any language.

So give it some time. Just learn some common animal names if that’s the stage you’re at.

But no matter what your level is, you can probably afford to expand your knowledge of the animal kingdom in French.

And hey, it’s an excuse to watch cute animal videos!

Elisabeth Cook is a freelance writer who has now fallen into an ornithology rabbit hole and isn’t sure how to get out. In the meantime, you can find her on Twitter (@CooksChicken).