Oh, idioms. Those wonderful phrases whose only goal seems to be to remind you that you’re not a native speaker. And that you will never get there. Whatsoever. Right?

Wrong! Geez—don’t “make a whole cheese out of everything.”

If you nodded while reading that, don’t be so pessimistic! Even if mastering a foreign language is difficult, it can be done.

And secondly, you can’t expect to know all the idioms in a language, not even natives do!

You technically don’t need idioms to speak proper French. Will you sound less authentic? Probably. Less natural? Possibly. Will you hear them all the time when speaking with natives? Certainly. It’s more or less the same thing you’ll experience with slang.

Think for a second about your mother language and how many of these constructions you use or hear on a daily basis. You’d like to be able to express yourself with the same ease in French, right? So there you have your reason to learn some idioms.

However, don’t get overwhelmed with them either. Learn just those you think you’d be likely to use or those you usually encounter. Simple as that! It also helps to listen to real conversations between native speakers to see which ones come up often. You can such authentic dialogues on FluentU.

What’s really handy about these videos is that they’re equipped with bilingual interactive subtitles. In addition to the French transcription, you also get the English translation, as well as options to see definitions and example sentences of the individual words. Through these clips, you get to see French idioms in action.

To start learning French through FluentU, be sure to sign up for a free trial.

But that’s not all!

The channel takes the best clips on the internet and transforms them into engaging French language lessons.

A perfect example of this is the following video on French idiomatic expressions:

If you want to quench your thirst for French idioms (and more), FluentU’s French YouTube channel might just be the glass of water you need. Subscribe today and hit that notification bell so that you don’t miss out on any new content!

There you go, one extra idiom.

For the Fruit Lovers 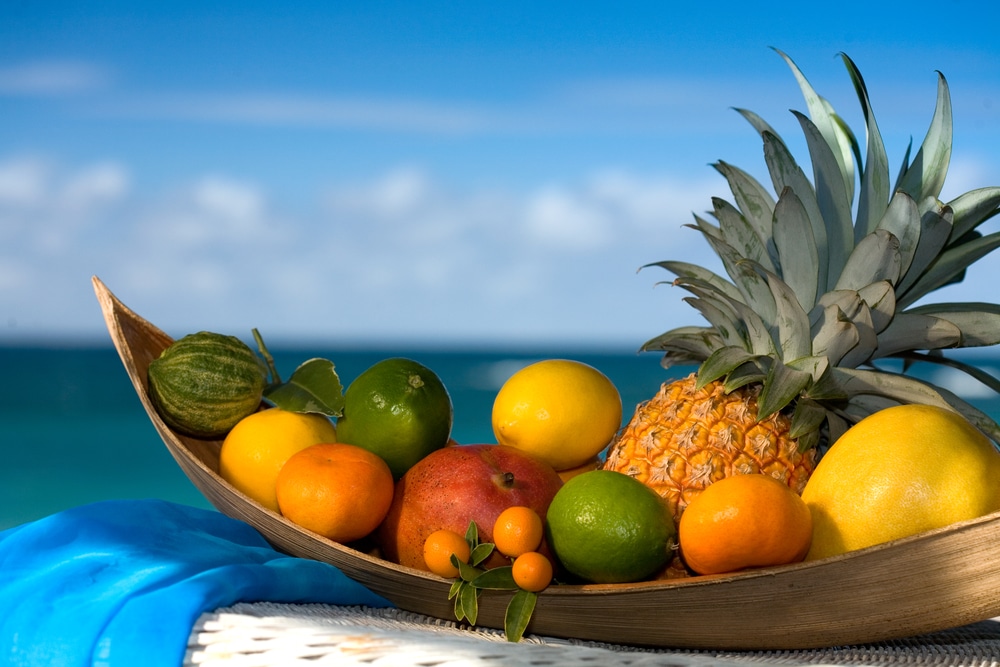 Don’t let yourself be fooled by this “to bring its strawberry” idiom. Strawberries might sound great, but not in this case. This is the French version of “to stick your nose into something,” although it can also be used to invite someone to approach.

“Mon frère ramène constamment sa fraise alors qu’on ne lui a rien demandé.”
“My brother is constantly sticking his nose in even though no one asked him anything.”

Again this can sound quite idyllic, “to fall in the apples,” but you’ll be surprised to discover that this is one of the ways French-speakers describe the act of fainting.

Its origin is uncertain, but it appears to be related to an older idiom which meant “to be very tired.”

“On a passé tellement longtemps sous le soleil que ma sœur a fini par tomber dans les pommes.”
“We spent such a long time in the sun that my sister eventually fainted.”

Perhaps you’ll also hear this one in the form of “se prendre une pêche en pleine poire” which means “to get a peach right in the pear.” Still not making much sense, right?

At least I guess you can imagine that it sounds like nothing good. It’s not. You’ve just been hit right in the face!

“Ils étaient si fâchés que l’un d’entre eux a fini par se prendre une bonne pêche.”
“They were so angry that one of them ended up getting hit in the face.”

Have you ever heard the French idiom “avoir la grosse tête“ (to get a big head)? Well, then you’ll perfectly understand the sense of “prendre le melon” because it means the exact same thing. You just “take the melon” instead of a big head.

You may also hear the idiom “avoir le melon“ (to be big-headed), which is just the same thing formulated in a different way.

I have to admit I quite enjoy this one. Literally “to split yourself the pear.” Or what anglophones express as “to split your sides laughing.” Why does everyone have to split themselves when laughing?

“Mon nouveau collègue est très rigolo. Ce matin on s’est bien fendu la poire avec lui !”
“My new workmate is so funny. This morning we were splitting our sides laughing with him!”

“Lâche-moi la grappe !” That’s what someone might tell you if you won’t stop bothering them, “Let go of my bunches!” or less literally, “Leave me alone!” Outside of this idiom, “grappe” can mean a bunch of fruit or a group of people.

You can also use non-veggie forms such as “Laisse-moi tranquille” (Leave me calm) or “Fiche-moi la paix“ (hard to translate but perhaps “Give me peace” is closest). In any case, not the same ring to it if you ask me.

Literally, something like “to count for plums.” I don’t know if French have a particular reason to dislike plums, but this idiom translates as “to count for nothing.”

“Pourquoi vous ne voulez pas m’écouter ? Mon avis compte pour des prunes ?”
“Why don’t you listen to me? Does my opinion not count for anything?”

This one even makes sense. Literally “to bring its fruits,” it is used when saying that something is becoming profitable, giving good results.

“Après 6 mois de travail, l’entreprise a commencé à porter ses fruits.”
“After 6 months of work, the company has started to give results.”

More into Vegetables? No Problem! 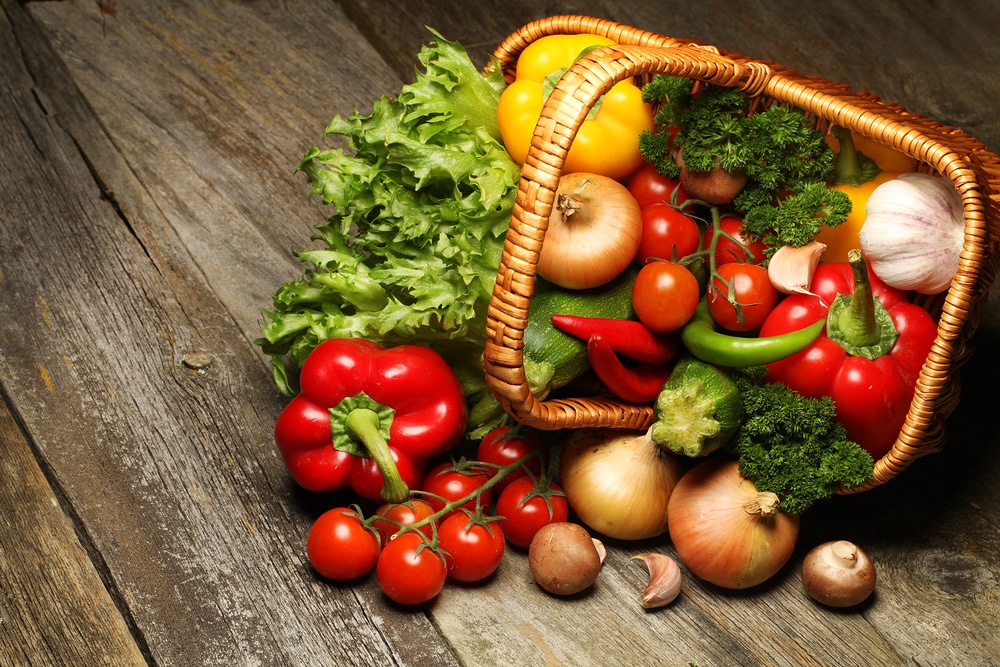 Feeling ashamed? Then this is the idiom you are looking for! “To be red like a tomato.” Pretty self-explanatory.

Cinema fans, note this one down, you’ll use it. “To be a turnip” is what you say to describe a bad movie.

Probably not something you’d like to say very often, “to be dead broke,” or literally “to not have a radish.”

If you’ve already heard the French idiom “se prendre la tête“ (to take yourself the head) then you’ll be happy to hear that this cabbage-related phrase means the same. It just refers to the fact of getting worried about something or to overly complicate things.

I find this one to be quite cute, “to do something to the little onions.” French like to use the word “petit” a lot, and in this case it makes the whole idiom mean “to do something carefully” or “to treat someone very well.”

Pessimistic time. This is the kind of idiom you’ll use when there’s no hope left, when there’s nothing else you can do about a certain situation, when “the carrots are already cooked.”

“Il n’y a plus rien à faire, les carottes sont cuites.”
“There’s nothing left to do, it’s over.”

It might not seem so, but “putting butter on the spinach” has quite a specific meaning. It’s frequently used to express the fact of needing to improve one’s financial situation, one’s income.

“Il va falloir mettre du beurre dans les épinards si on veut faire le tour du monde l’année prochaine.”
“We will have to improve our income if we want to travel the world next year.”

Okay, I promise this is the last semi-pessimistic idiom on the list, “It’s the end of beans!” It used to be more dramatic, meaning literally that there was nothing left of something. However, nowadays it tends to be used in an ironic sense.

Although it technically translates as “to tell salads” it simply means to talk nonsense, or “dire n’importe quoi” which is literally “say whatever.”

“On en avait marre de lui car il n’arrêtait pas de raconter des salades.”
“We were fed up with him because he wouldn’t stop talking nonsense.”

“To have a pip.” As weird as it may sound, it’s a straightforward idiom as well. It means to have a problem, something which is not going as expected, an issue, a glitch.

“Hier j’ai eu un pépin et je n’ai pas pu démarrer la voiture.”
“There was an issue with my car yesterday which prevented me from starting it.”

Literally, “to push on the mushroom,” which doesn’t mean you’re supposed to act like Mario Bros, it’s just a metaphor to talk about a vehicle’s throttle.

Perhaps you can guess this one. What would you guess it means “to have a chickpea in your head”? Just the same as the English idiom “to be pea-brained/a pea-brain.” You can also find the equivalent saying “avoir un pois chiche à la place du cerveau” (to have a chickpea instead of a brain).

“Ce gars-là ne comprend rien à ce qu’on lui dit, il a un pois chiche dans la tête.”
“That guy doesn’t understand anything we say to him, he’s got nothing between his ears.”

Remember the “se prendre une pêche” one? This one means exactly the same, but instead of using a metaphor with peaches, now it’s time for chestnuts, more precisely “to receive a chestnut.” I don’t know about you, but judging by its size I think I prefer the nuts.

“Il avait le visage tellement gonflé qu’on dirait qu’il venait de recevoir une châtaigne.”
“His face was so swollen that it looked like he had just been punched.”

Just to leave you with a nice one, you’d probably enjoy it if someone said “you have wheat.” Not because of the actual wheat, but because it means to be wealthy. I guess at some point in history harvesting loads of wheat meant a good amount of money.

“Il a tellement de blé qu’il a pu s’acheter un Mercedes.”
“He’s got so much money that he’s been able to buy a Mercedes.”

You feel healthier now? I hope so!

But more importantly I hope you have found at least two or three idioms which will be useful in your French learning. It’s up to you to decide which ones are worth remembering and which ones are only funny phrases you once read.

Beatriz Moreno is the creator and hands behind the language blog Anything but language, where she shares her love for all things language in both her native Spanish and in English.