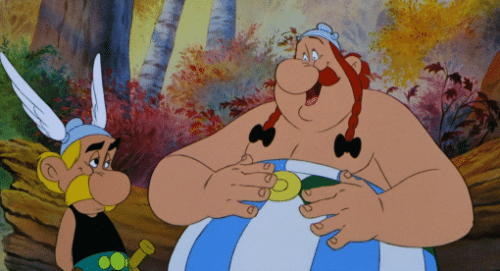 5 Unforgettable French Cartoons to Learn French in Your Spare Time

Remember Saturday morning cartoons when you were a kid?

No school, no obligations and best of all, no reason to get dressed!

Ah, those were the days.

What if I told you that you could discover cartoons all over again and learn French while you’re at it?

Not only can you do this, but it’s an incredibly smart learning option.

Maybe you’ve been studying French for a while now.

You’ve listened to French songs, and maybe even a radio broadcast or two.

Maybe you understood these pretty well and wanted to try watching a French movie.

Yet barely five minutes after starting one, you were totally lost.

If so, there’s no reason to panic. You’re just in a French learning rut.

The solution? French cartoons to the rescue!

So grab the Frosted Flakes (or your sugary cereal of choice), and let’s get some fun (but also serious) French learning in.

But first, let’s look at why cartoons are such a great tool for learning French.

Why Learn French with French Cartoons?

There’s something between the five-minute clips your French teacher showed in class and full-on movies. Often overlooked by French teachers as a learning material, French cartoons are a step up in difficulty from small clips or audio specifically made for learners, while still being much easier to understand than your average French movie.

Cartoons are recorded in noise-free studios by professional voice actors. This means no background noises or muffled speaking that makes just hearing the dialogue a struggle, not to mention trying to understand it! Watching a cartoon is like listening to someone next to you in an otherwise quiet room. You’ll be amazed at the ease with which you can follow 30 minutes to an hour of content while still training your brain to stay in “French mode” for extended periods.

Just because cartoons are easier to understand than movies doesn’t mean you aren’t learning anything. Children and youth, the target audiences of cartoons, often don’t speak “textbook” French, and cartoons reflect that. Youth have their own slang (obviously), but did you know that even young French children have their own set of vocabulary?

Such words are used frequently in cartoons, so it’s good to commit them to memory.

To understand French youth is to understand the future of the French language. When I come across a slang term I don’t understand in a cartoon, I look it up on a reference website. As you learn French, make sure to regularly expose yourself to “youthful” media, including cartoons, so that your skills don’t grow stale as the language evolves.

As you continue advancing in your French studies, FluentU keeps track of all the grammar and vocabulary that you’ve been learning. It uses your viewed videos and mastered language lessons to recommend more useful videos and give you a 100% personalized experience. Start using FluentU on the website with your computer or tablet or, better yet, download the FluentU app from the iTunes store or Google Play store.

Where to Find French Cartoons

Most of the links to DVDs in this post are to Amazon.fr, but there are other great French DVD sites, including fnac and Cdiscount.

I haven’t had problems getting French products delivered to North America, but some items either can only be delivered in France or are prohibitively expensive.

In these cases, your best bet is to watch content on YouTube or Dailymotion or to find used DVDs on Ebay.fr.

Whatever you do, check into regional information before buying DVDs to make sure they will actually work in your player.

If it turns out DVDs aren’t an option for you, though, don’t worry: There’s plenty of material online to get you started!

Getting the Most out of French Cartoons

Hopefully by now you see the usefulness of cartoons, but how do you best learn from them?

First, look for dubbed versions of anglophone cartoons you enjoy. And believe me, many exist. For example, can you translate “Bob l’éponge” ?

(That would be “SpongeBob SquarePants.”)

How about “Les Razmoket” ?

If you already know the plot, it’s easier to understand the French version because you know what’s going on. What’s more, content is usually dubbed in simplified French so that the meaning is preserved.

Another advantage of dubbed programming, in my experience, is that there are only a few French voice actors who dub most of the anglophone content, so if you understand these particular people, you’re golden. When you’re ready, you can move on to actual French cartoons.

When used judiciously, the subtitles included in most DVDs are useful for listening comprehension, but overuse can slow your progress. I’ll replay passages I don’t understand several times, and if I absolutely can’t understand what’s being said, I’ll turn on subtitles.

They are thus a tool of last resort, and indeed, if you can avoid them, do so. Alternatively, you can start watching French cartoons with French subtitles enabled and read along, then turn them off and re-listen. This might be more useful if you’re a beginner.

Beware of awkward or inaccurate subtitles

Finally, a word of caution about subtitles. Although French subtitles in professional formats (e.g., DVDs) are usually of high quality, videos from some online sources often have volunteer or automated subtitles that can be very inaccurate, so be careful!

There are many great French cartoon series, but the five I chose each offer unique learning advantages and feature different production styles.

One of the few French cartoon series to be translated into English and broadcast in North America (meaning it’s easy to check your understanding), “Corneil et Bernie” tells the story of Corneil, a genius talking dog who hides his intelligence to protect his pampered life, and Bernie, an unwitting dogsitter who discovers his secret. Although they argue often, they become the best of friends. Unfortunately for Corneil, Bernie often gets into situations that risk exposing Corneil’s secret. The series is still in production and is widely available online.

“Titeuf” is a popular Swiss franchise that was spun into a cartoon series in France. This classic coming-of-age tale follows the adventures of Titeuf (corruption of “p’tit œuf,” or “little egg,” because his head has the shape of an egg), eight years old, and his friends Manu, Hugo and François as they navigate their murky preteen years. One of the more profound series geared toward children, the characters aren’t afraid to approach subjects such as seduction and crushes, but never in a way that would cause offense. Titeuf is also known for his heavy use of jargon, providing viewers a solid exposure to French slang.

To understand a language, one must understand a culture, and no cartoon has had a larger cultural impact on France than “Astérix.” The Gallic warrior Astérix strives incessantly to protect his village from Julius Caesar, foiling Caesar’s plans with his intelligence and a magic potion that temporarily gives him superhuman strength. He’s accompanied in his adventures by his friend Obélix and his dog Idéfix. Originally a comic series, “Astérix” was subsequently expanded into a media franchise including video games, merchandise and several feature-length films. Although “Astérix” was never adapted into an animated series, the franchise is known by most French children. 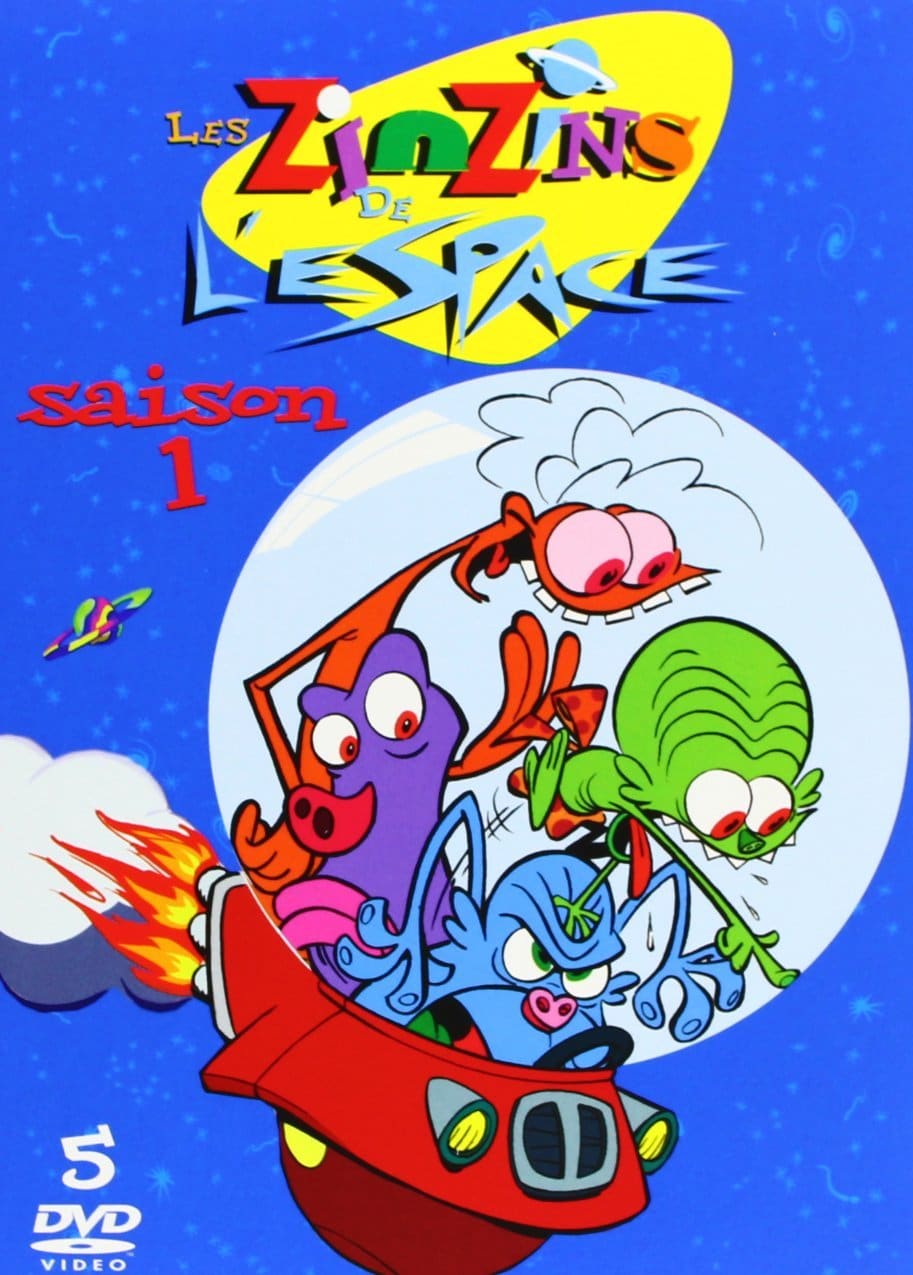 Besides being one of the more prolific series (with 104 episodes), “Les Zinzins de l’espace” will seem familiar to American viewers thanks to its Looney-Tunes-esque hijinks. Five aliens crash land on Earth and hide in the attic of a rental house while coming up with harebrained schemes to return to their home planet, always with disastrous consequences. Their situation is complicated by the array of human tenants who shuffle through the lower floor, forcing them to use their “SMTV” (“Super-Méga-Trans-Volteur”) to take the form of innocuous Earth life. With animation reminiscent of Saturday morning cartoons and a variety of French accents, “Les Zinzins de l’espace” serves as a great starter series.

If you want proof that cartoons are works of art, “Les Malheurs de Sophie” gives it to you. Adopted from the namesake novel by the Comtesse de Ségur and taking place in Normandy during the Second Empire, “Les Malheurs de Sophie” brings to television one of the most popular children’s stories of the 19th century. Heroine Sophie de Réan, a little girl of roughly seven years, lives an idyllic life in her family’s castle with her mother and Paul, her cousin and best friend. With Paul and her friends Madeleine and Camille, she gets into all sorts of trouble.

As the series progresses, Sophie grows into a responsible adult while being subjected to sudden and unspeakable hardship. Seeing how this young heroine reacts in the face of adversity will warm your heart, and the exceptional animation and clearly-spoken, formal French makes “Les Malheurs de Sophie” a must-watch. To get started, you can check out the series on YouTube.

The cartoons I mention represent only a tiny fraction of the robust French animation heritage, but whether they offer exposure to classical literature or a better understanding of how children speak, cartoons are surprisingly useful to aspiring French speakers.

French subtitles make cartoons accessible to beginners and are a tool for fine-tuning listening comprehension for advanced speakers.

By not relying too heavily on them, soon you won’t even need subtitles to enjoy the high-quality animation France has to offer!