Instead of starting with notes to create melodies with later, you begin with verbs like être (to be) and avoir (to have), in their unconjugated, unadulterated form.

Shortly thereafter, you begin to conjugate said verbs and incorporate them into complete sentences with all the new vocabulary you’ve learned.

Just like with practicing scales on an instrument, it pays to stay on top of the infinitive, so we’re taking a look at how flexible the French infinitive really is and how it can contribute to your mastery of French.

Different Uses of the French Infinitive

In French, unconjugated verbs end in either -er, -re or -ir. As counter-intuitive as it may seem, unconjugated verbs are not just a thing of your early French-learning days. The French infinitive is actually rather versatile and unconjugated French verbs have a variety of uses. Let’s take a look at them, shall we?

After a conjugated verb

In French, two conjugated verbs in a row is a no-no (or should I say a non-non). So, for example, if you want to say “I like to run,” only the verb aimer (to like) would be conjugated:

Dual-verb constructions are constructions that are formed with a semi-auxiliary verb such as aller (to go), devoir [faire quelque chose] (to have to [do something]), espérer (to wish), promettre (to promise) or vouloir (to want to), followed by another verb in the infinitive:

Object, reflexive and adverbial pronouns are usually placed between the two verbs and after the preposition (if there is one) that follows the conjugated verb:

Negative constructions should surround the conjugated verb and precede the preposition, if there is one:

As a noun (the subject/object of a sentence)

As a noun, the French infinitive is translated as the English present participle when it’s employed as a noun.

In French, there are many verbs that must be accompanied by a preposition—most commonly à (at, to) or de (from, of). If an additional verb is required to make a sentence meaningful, it must be employed in the infinitive.

In place of the imperative

The imperative mood is most commonly used in French to give commands. The French infinitive can be used in its place when a command is impersonal in nature. This means you’ll come across the infinitive in the context of warnings as well as in instruction manuals and in recipes.

In an interrogative or exclamative phrase

The French infinitive can be used to construct interrogative or exclamative phrases in the context of a dilemma:

In place of the subjunctive

The French infinitive can be used in place of the subjunctive mood in two instances.

When the subject of the main clause and the subordinate clause is the same:

(In a case like this, you’re actually required to use the infinitive because in the first example, elle would refer to someone else, not Elise.)

When the subject is implied but not explicitly stated:

To form the past infinitive

Modifying the verb in the main clause:

J’aurais préféré avoir mangé plus tôt. (I would have preferred to have eaten earlier.)

Modifying the adjective in the main clause:

Following the preposition après (after):

Après avoir mangé, j’étais moins énérvé(e). (After having eaten, I was less annoyed.)

Merci de m’avoir invité(e). (Thank you for having invited me.)

A note on word order and the past infinitive: In day-to-day French, negative constructions precede the infinitive.

Je suis désolé(e) de ne pas être arrivé(e) à l’heure. (I am sorry for not having arrived on time.)

Keeping Things in Order: Word Order and the French Infinitive

So, speaking of word order, let’s talk about word order in the context of the French infinitive.

Adverbial, object and reflexive pronouns all precede the infinitive:

Il faut s’habiller. (You must get dressed.)

Both elements of a negative construction precede the infinitive:

Beyond the Basics: How to Make the Most of the French Infinitive

Check out these flashcards from Quizlet to practice determining whether verbs are followed by the preposition à (to from), de (from, of) or the infinitive. Once you’re comfortable with those, take this fill-in-the-blank preposition quiz. Finally, this quiz from Tex’s French Grammar is a great way to brush up on your translation skills while you fine-tune your understanding of the infinitive. 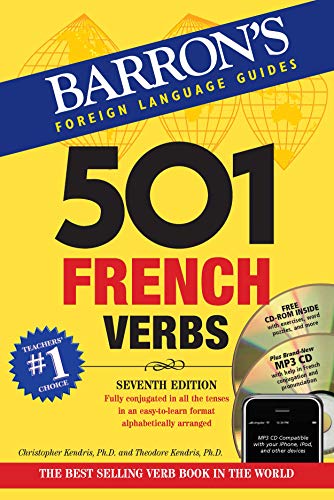 A great way to do this is to classify the verbs that you come across as those which are followed by the prepositions à (at, to) and de (of, from) or nothing at all. The reference guide “501 French Verbs” is also a great resource for finding le mot juste (the right word) or perhaps I should say le verbe juste (the right verb)?

S’entraîner souvent (practice often) and your French will improve.