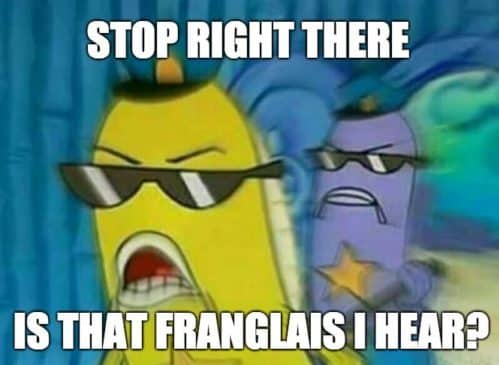 The Role and Controversy of the Académie Française: A French Learner’s Primer

“I would like to thank the Academy for giving me this award.”

Some people dream of strutting down the red carpet and winning “Best Actress.”

But others have a different dream:

“The Academy” in Hollywood is certainly more well-known, but it is not the only “Academy” that distributes prestigious awards.

Its primary mission is to promote the French language. It does this by bestowing literary awards, publishing dictionaries and promoting members’ opinions on various subtleties of French language usages and changes.

Although it has historically demanded respect and deference, the necessity of L’Académie française is now hotly debated.

Only time will tell, but the Académie is currently still an active and relevant organization that students of French language and culture should know about.

Familiarity with this French institution will broaden your appreciation for the complexities of the language while keeping you up-to-date on debates or changes about vocabulary and grammar.

Or maybe you are just looking for some high-quality French learning materials. The Académie has got you covered there, too.

Here is your guide to the French Academy and how it matters to you as a French language learner.


Bienvenue à l’Académie Française! What Learners Should Know About the French Academy

When: The Origin Story

The prestigious French Academy actually has roots in a somewhat informal group of like-minded literary colleagues.

A group of Parisian writers decided to meet once a week to discuss current events and any topics of interest. These meetings also offered a venue for them to share writings and critique.

One of those in attendance was a friend of Cardinal Richelieu, Chief Minister at the time and one of France’s most influential statesmen. It was his suggestion that the weekly meetings become part of a state-sponsored institution.

Although some, disliking Cardinal Richelieu’s policies, did not support the formation of such an institute, l’Académie française was officially formed in 1635.

No elite institution is complete without a snazzy job title for its members. People who make up the Academy are known as immortels (immortals).

No, the members are not deified. The term is related to the motto inscribed on the seal Cardinal Richelieu gave to the Academy: À l’immortalité (To immortality).

For those with less dramatic tastes, members of the Academy are also known as académiciens (academics).

There are 40 seats in the Academy. Although fewer than 40 may be filled at a given time as members die or resign, there are never more than 40 members at once.

Since the Academy’s creation, there have been a grand total of 732 immortels, including seven Nobel Prize winners. Some of the most well-known members include Voltaire and Victor Hugo.

Why: The Academy’s Prime Directive

Staying true to its literary roots, the Academy’s main mission is to protect and promote the French language.

A language may not ordinarily be thought of as needing protection, especially one as common and widespread as French. Nevertheless, potential changes to French are sometimes seen as a threat to the purity and beauty of the language.

For this reason, the Academy publishes opinions regarding such changes. The growing number of English words or English-based words (a.k.a franglais) has been a particular focus point and the Academy will often suggest “proper” French replacements for Anglicized words.

The Academy also publishes thoughts on less controversial and more academic language questions, such as the differences between un an (a year) and une année (a year).

Their opinions are just that—opinions. They do not cary legal weight (more on that below).

In order to be eligible, a book must have been printed and published in French. Among the dozens of awards they offer, some are annual and some are every two or three years. Some are memorials for specific authors. Others are for a specific genre, such as plays.

Views on the Academy Today

Although the French Academy was once a highly respected international literary organization, today it is often seen as an elitist and outdated institution.

One of the primary criticisms is the Academy’s appointment process. It is very difficult to become a member if you do not personally know any of the current immortels, as it is they themselves who nominate and vote on new members.

Others consider the Academy to be a biased bastion of conservatism, citing their recent decision against gender inclusive language, a movement to make French less masculine-focused.

Remember how French adjectives are spelled differently if they are describing male singular, male plural, female singular or female plural nouns? Although this is not a big deal when talking about une table (a table) or un livre (a book), it poses an issue when addressing groups of people.

The rule is that any mixed group, whether five men and five women or 999 women and one man, would be referred to with masculine grammar. The group would be known as ils (masculine form of “they”) and any adjectives, such as courageux (courageous) would be in the masculine plural form.

Although the proposed change would affect written French more than spoken French, the Academy nevertheless found the idea over-complicated.

As noted above, although the Academy has a platform for expressing opinions regarding language use, it has no actual enforcement authority. So even though the Academy is not a fan of gender inclusive language, it cannot stop anyone from publishing books in that style.

Thus, the Academy only enjoys as much prestige as the French public decides to award it. If the vast majority decides to ignore it and its opinions, the Academy would essentially lose its “platform,” along with its prestige.

However, despite the controversy, the Academy is currently an active and respected institution.

Only the future will tell how that might change, but for now, the Academy is definitely worth knowing about.

What’s in It for French Learners?

Teaching French to speakers of other languages is not the Academy’s primary goal. However, they certainly encourage it and can connect you with resources to help you reach your French goals.

You can find the French Academy’s list of helpful language study links here. Some authentic French resources that they highlight include TV5Monde and RFI (Radio France Internationale, French International Radio).

The link above will also point you to some authentically French language reference materials, like the French-only grammar practice site Orthonet. This is a fantastic way to get focused language study without relying on translations back to English.

When you are ready for a break from the buttoned-up halls of l’Académie française, you can get many of the same learning benefits with fun videos on FluentU. FluentU provides authentic French videos, like movie trailers, music videos, inspiring talks and more, that have been transformed into personalized French lessons.

Each video comes with interactive captions, multimedia flashcards, exercises and transcripts so you actively learn while you watch videos (the same videos that native speakers enjoy on the regular). Click any word in the captions for an instant definition and pronunciation. FluentU will also keep track of what you are learning and suggest new videos based on that info.

It is a fun and memorable way to build your French skills while absorbing the language as native speakers really use it.

If you are an intermediate or advanced learner itching to master the finer points of French, then the Academy is there for you!

On their website, they have answered dozens of questions on complex language topics, such as why French has those bizarre numbers like soixante-dix (seventy), quatre-vingt (eighty) and quatre-vingt dix (ninety).

The topics are sorted alphabetically on this page.

If you are ambitious and are dying to know something very specific about French grammar or usage, you can even try writing them yourself.

Another one of the Academy’s contributions to French is its dictionaries. Through its history, the Academy has published a total of eight editions and the ninth is currently underway.

Thanks to the internet, you do not need to lug home a giant dictionary. It is easily accessible online.

The dictionary is highly thorough, with detailed definitions, examples and even word origins. You can also easily browse different forms of the word from a menu on the lefthand side.

Although the Académie française may not be quite the authority on the French language it was 100 years ago, you are sure hear about it if you continue in French.

It is still a relevant cultural institution that has much to offer students of French language and culture.

Whether you are looking for resources to practice French, detailed answers to a difficult grammar point or even have lofty goals of publishing a French masterpiece and perhaps winning an “Academy” Award, the Académie française is definitely worth being familiar with.

100+ French Transport Vocabulary Words for Stress-free Travel
The 3-step Guide to French Liaisons: When They’re Needed, Forbidden or Up to You