You start your French studies by making indicative sentences, that is to say, just declaring things that are factual.

In programming, you start by telling a computer to do something, the same thing, every time you execute the code.

Now, imagine the power you feel when you learn how to make your program do different things with “if-then” statements.

Just like with different results in programming, we can talk about different scenarios with si clauses in French.

The Anatomy of French Si Clauses

All French si clauses have two fundamental parts: the conditional clause (if) and the result clause (then). Note that in French, for si clauses, there’s not exactly an equivalent to “then” in English.

In a sentence, the conditional clause is the part that uses si (if). It can go either at the beginning or the end of the sentence. Check this out:

Here, the conditional clause, si tu veux apprendre (if you want to learn), is at the beginning of the sentence.

Likewise, I can put the conditional clause at the end.

Just like in English, we can change the position of si (if) and preserve the meaning. Note that we’re using (tu) va instead of (tu) vas because we’re using the imperative conjugation (giving orders).

The result clause is the part of the sentence that describes what happens, will happen, would happen or would’ve happened in the event of the conditional clause. Even if words in French for “then” exist (ensuite, puis), they’re not used here like in English.

Note the absence of “then.”

Si is a versatile word in French that can be translated several different ways. In addition to “if,” si can mean “yes” when we’re contradicting a statement.

Il est si intelligent que…. (He is so smart that…)

As I explained above, the tense we use in our “if” clause determines whether we’re talking about events that might happen, could’ve happened, will probably happen, etc.

In this case, we’re talking about something that always happens: if A, then B.

Il m’aidera si j’ai des problèmes. (He will help me if I have problems.)

Here, we’re talking about something that will definitely happen if a certain condition is met. Note how I switched the result clause.

Here, we’re giving a command if a condition is met. Note the imperative conjugation of voyager (to travel).

Si je n’avais pas tant d’argent, je ne pourrais pas acheter cette voiture. (If I didn’t have so much money, I could not buy this car.)

Finally, the result clause describes what would happen if the opposite situation existed: je ne pourrais pas acheter cette voiture (I could not buy this car).

Let’s look at an example where we switch the result and conditional clauses:

These events are impossible because they describe something that could’ve happened in the past but didn’t, and obviously we can’t change the past. Since we’re talking about past events, we need the pluperfect in the conditional clause and the past conditional in the result clause.

Si je l’avais vu je me serais arrêté. (If I had seen it I would have stopped.)

Both the conditional clause, si je l’avais vu (if I had seen it), and the result clause, je me serais arrêté (I would have stopped), describe events completely in the past, so they’re impossible to change.

Like in the other two cases, we can switch the result and conditional clauses:

J’aurais dit quelque chose si tu n’étais pas venu. (I would have said something if you had not come.)

French si clauses can be tricky for first-timers because the combination of tenses you use in the conditional and result clauses can change the meaning of your sentence. With that being said, before we get into the nitty-gritty of French si clauses, let’s look at some resources you can use to master the concept.

The University of Texas at Austin hosts this great website with hundreds of French lessons available to the public. They have a very detailed article on French si clauses that describes the three clauses with written and audio examples.

I personally like how they highlight the keywords to indicate which of the three clauses are being used. Scroll to the bottom of the page for tons of great practice exercises where you have to fill in the blanks.

FluentU is a language learning website and app that teaches French using authentic French videos. Each clip comes with interactive subtitles that provide information about any word used, such as its definition, grammar details and examples of usage. With this approach, you can see and dissect si clauses (and other words or phrases) in context.

To reinforce what you learn, you can craft multimedia flashcard decks and make your own word lists. You can also take personalized quizzes that include sentence-completion exercises. 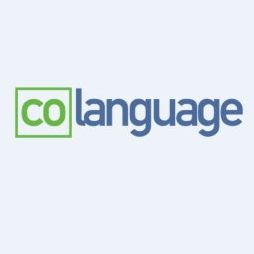 This site puts students in contact with native language teachers. They offer great lessons on all aspects of French, including si clauses. On their instructional page, coLanguage does a good job of explaining si clauses, and they group the different types of clauses by time (past, present and future).

Scroll to the bottom of the page for several different types of exercises on si clauses, including fill-in-the-blank, word bank and translation.

As in so many cases where a student wants to practice French grammar, To Learn French is the place to be. No other website groups together so many French exercises in one place. Here, you’ll find great exercises to practice French si clauses. There are two different exercise pages for si clauses, including this one and the one linked to in the heading.

Since To Learn French focuses on exercises, the introductory explanation of French si clauses is a little shorter than in the other resources, but the site makes up for this with the sheer number of exercises available.

Being able to talk about the abstract, the possible or the doubtful is a hallmark of intermediate and advanced French language skills. It’s one of the most fundamental criteria you need to meet in order to move your French beyond the beginner level.

Although it takes a little practice and some memorization, mastering French si clauses will make your French much more flavorful!