“My pet unicorn is named Archibald.”

“I just won a million dollars!”

“My father takes a spaceship to the moon every Tuesday.”

What do these three improbable sentences have in common?

They all use verbs in the indicative mood.

In French, as in English, we use the indicative mood for statements of fact and descriptions of the world around us.

Read on to learn all the ins and outs of understanding and using the French indicative.

What Is the French Indicative Mood?

Even if the French indicative is the first mood taught in class, that doesn’t help when figuring out just what “mood” or “indicative” means.

What are French moods?

It may be confusing to English speakers, but when we use verbs in French, we care about the attitude we have towards the verb. The indicative mood is used when we’re stating a fact or describing the world around us. There are several other moods in French, including the subjonctif (expressing doubt or possibilities), the impératif (expressing commands and orders) and the conditionnel (expressing hypothetical situations).

When do we use the indicative mood?

As stated above, we use the indicative mood to discuss facts and certainties. But what does that mean in practice? A fact can be any statement you use to transmit information, for example:

We can also discuss information about events or descriptions that took place in the past, for example:

Here, we’re using the passé composé conjugation of the indicative to describe something that definitely happened.

When we’re doing something like writing a novel, we use the indicative to set the scene or describe events:

In this example we’re using both the imparfait to set the scene and the passé composé to describe an action that happened once. Both conjugations are indicative.

Looking at the subjunctive—another French mood—can clarify when to use the indicative. The subjunctive mood is used to express doubts, emotions or uncertainty. For example:

Il faut qu’il vienne! (It is necessary that he come!)

In this phrase we’re expressing an emotion or opinion about an action, and therefore we must use the subjunctive mood. But if we were to just state the facts of the action itself, we would use the indicative.

How to Conjugate in the French Indicative: The Big 3

All verb moods in French have their own conjugation rules, and the indicative is no exception. Note that you’ve probably seen these conjugations before. What do I mean by the big three? I mean that in this post, we’ll learn how to conjugate the three main verb groups in French, -er, -ir and -re verbs, in the three major tenses of the indicative mood: présent (present), passé composé (past perfect) and imparfait (imperfect).

Let’s look at a typical example of an -er verb: aimer (to like). It’s conjugated as follows:

Tu as aimé (You liked)

Vous avez aimé (You [polite] / You all liked)

Example: Il a aimé sa maison. (He liked his house.)

Vous aimiez (You [polite] / You all liked)

For -ir verbs, let’s look at the example gravir (to climb). It is conjugated as follows:

Vous gravissez (You [polite] / You all climb)

Tu as gravi (You climbed)

Vous avez gravi (You [polite] / You all climbed)

Vous gravissiez (You [polite] / You all climbed)

Finally, let’s look at -re verbs, using the example prendre (to take). It is conjugated as follows:

Vous prenez (You [polite] / You all take)

Tu as pris (You took)

Vous avez pris (You [polite] / You all took)

Vous preniez (You [polite] / You all took)

Note that not all French verbs fall under these categories. There are irregular verbs too, some of which are critical, including être (to be) and avoir (to have). We won’t cover irregular conjugations in this post, but it’s good to know that they exist and practice their conjugations, too.

Resources to Study the French Indicative

Looking at conjugation tables will only get you so far when it comes to memorizing and internalizing French indicative conjugations. Read on for a wealth of amazing online resources to suit any learning style.

To Learn French is great for conjugation practice because it provides several fill-in-the-blank exercises for all tenses in the indicative mood. Fill in the blanks and click “check my test” to see the answers and how you stacked up against other users. At the bottom of the answer page, you’ll see similar exercises for more practice.

If you’re looking for detailed information about the indicative tense, check out coLanguage. They do a great job of explaining grammatically every aspect of the indicative tense. I recommend you study the page thoroughly for a theoretical basis of what you learn in your beginning French classes.

Finally, if you’re looking to practice conjugating all forms of French verbs, there’s a great resource at the University of Texas. On the page you can form your own lessons by selecting the verb type (-er, -ir, etc.) and the tense. For example, if you select -er and passé composé, you’ll be prompted to conjugate several verbs by memory, one after another.

Resources for Practicing the Indicative vs. Subjunctive Moods

One of the biggest headaches for French students is learning which mood to use when. Fortunately, the internet is full of resources that deal with the question of whether to use the indicative or subjunctive mood. 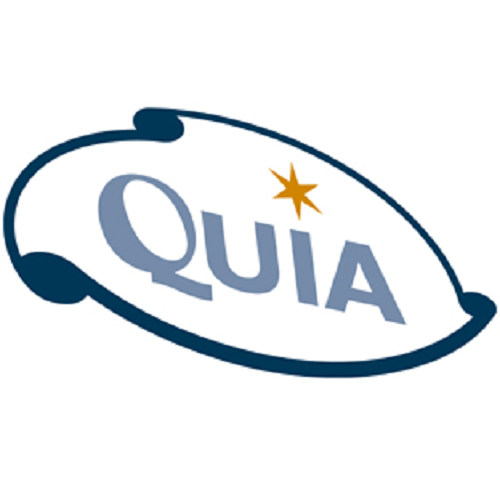 For example, check out Quia, which has a great quiz with several questions where you must conjugate either in indicative or subjunctive based on the context. Or, return to the previously mentioned To Learn French for their “indicative vs. subjunctive” quiz.

Another good resource for indicative vs. subjunctive quizzes is FunTrivia, which is similar to Quia but with the added feature of timed quizzes. See how you stack up!

The French indicative is a great place to start when you’re trying to build your French grammatical know-how. With all this information and the above resources, you’ll be conjugating like a pro in no time. And that’s a fact!