Game websites can be wonderfully and productively addictive for Spanish learners of any level.

Whether you want to play the word games you already love in Spanish or dive into a full-fledged digital world with other Spanish speakers, we’ve got the sites for you.

What Are the Benefits of Playing Games to Learn Spanish?

Online games aren’t often known for their educational value, but in fact there are numerous Spanish game sites out there that can have a real impact on your language level.

Even basic online games teach and reinforce language skills by getting you to think in Spanish and interact with the language in a new environment. They’ll often introduce you to new vocabulary, grammar and even cultural themes, as you’ll see in the games covered below.

Other features of these games include audio that helps with your listening comprehension and can improve your own pronunciation. Some games make it possible to exchange thoughts and ideas with other players, giving you real-time conversation practice with native speakers.

Take a moment and think about it. When you were a child, did you ever play action-style math or language games on the computer? Most of us didn’t realize it, but our parents and teachers knew the secret: we were learning through play. Times have changed, and games are now mobile and globally interactive, but the fun and effectiveness of learning through games remains the same.

6 Spanish Game Websites That Give Language Learning a Power Boost

These games teach a range of skills and are grouped roughly from beginner to advanced levels. Try one—or all of them—to find the best gaming experience to suit your specific needs. 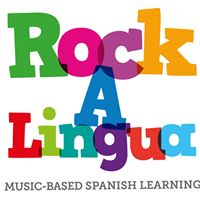 Each game focuses on a different topic, such as colors, feelings, animals, basic verbs and more. These colorful interactive games work on a computer or tablet.

One helpful feature of the Rockalingua games is the ability to hear all the possible answers, not just the correct ones, so you can learn through listening and repeating. Additionally, the narrators of the games offer gentle encouragement, even when incorrect choices are made.

There are cultural references sprinkled throughout these games, like with the section on El Día de Los Muertos (The Day of the Dead), a widely observed celebration in some Spanish-speaking countries. 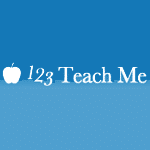 123TeachMe offers a fun resource for beginning but more mature Spanish learners. These games are designed to keep teens and adults engaged while teaching a wide range of vocabulary and grammar concepts.

There are a multitude of game options, so get clicking and have fun! To get started, you might want to check out “Strandead,” a fill-in-the-blank game that’s similar to “Angry Birds.” You’ll complete Spanish sentences with the bonus of sending a fuzzy creature flying! (The graphics are somehow both cute and pretty violent; be ready for some animated gore before you play.)

The tank games are another fun option that make learning adverbs, adjectives, demonstrative pronouns and the rest of the grammar lineup a blast. Just beware: the tank games have a real time-suck potential! I spent far longer playing than I meant to, which just shows how engrossing those little tanks can be. 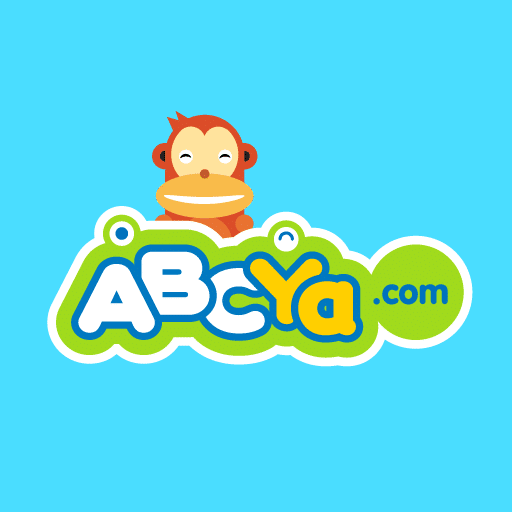 This interactive vocabulary building game takes you to the carnival to teach a range of basic Spanish word categories, such as colors, food, clothing and more. You’ll be given a word and must toss a dart at the balloon with the matching word in Spanish (you can also play Spanish-to-English if you prefer).

This game is basic enough for even young learners to enjoy without feeling frustrated. It’s a great resource for building vocabulary without the boredom factor—the visuals enhance the experience and keep interest levels high.

You can choose to play with as many vocabulary themes at a time as you want. Just click the check boxes next to the categories you want to cover before hitting “Start.” 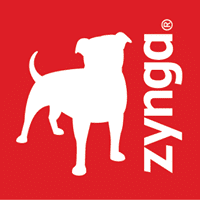 If you didn’t catch “Word with Friends” when it was a mega-craze a few years ago, here’s how it works: it’s a digital Scrabble-like game where you compete with your friends to spell words with the most points. You can choose to play in Spanish among several other languages.

First of all, this is a great way to build both your Spanish vocabulary and spelling skills in a fun, competitive environment. There’s also a new “Fast Play” option for timed games, which makes “Words With Friends” even more strategic and fast-paced.

However, another cool advantage for Spanish learners is the ability to chat in Spanish with other players. Just hit the chat button while you’re waiting for your turn to practice your conversational skills.

Finding an opponent is a breeze. There’s a community match feature as well as a “Play Someone New” option. Information on both can be found here. 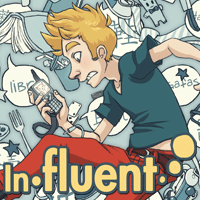 “Influent” is a game designed specifically for language learners. All of the gameplay revolves around helping language learners improve their vocabulary and pronunciation while exploring a digital word.

While playing “Influent,” you’ll be picking up and collecting items that are labeled and sometimes described for the purpose of compiling specific vocabulary lists. It’s designed to be a free-form experience, where you learn what you want to learn.

Active speaking practice can also be a major part of this game. Naming items as they’re collected, categorizing them out loud and practicing grouping them to form phrases and sentences is the best way to play. You’ll get exposure to tons of common words that are essential to any Spanish learner.

The streamlined 3D graphics let you think and play without getting caught up looking at distracting clutter.

As you play, you can eventually unlock something called “Toy Commanderesque Space Vole Laser-Blast Fly-By Time Attack Bananapants Blockparty mode.” I confess, I didn’t get that far but I have to say, it does sound intriguing… 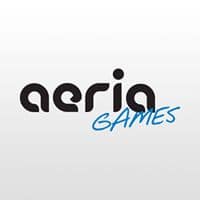 You know those role-playing games that hard-core gamers love so much? I’m talking about Massively Multiplayer Online Role-Playing Games (MMORPGs), which let you role-play a video game character and interact with hundreds of other people (via their own characters) in a giant virtual world.

Okay… so what’s that got to do with learning Spanish?

Well, it turns out MMORPGs can be an effective tool for facilitating language learning. Researchers have found that these games can increase language students’ motivation to learn and, importantly, they spark authentic target language communication with other people playing the game.

It’s easy to see how real-time conversation with native speakers is a huge language-learning benefit of these games. As the gameplay unfolds, you’ll have to think fast in Spanish and you’ll get plenty of practice with informal speech (and maybe even some trash talk). However, it should be noted that this probably makes MMORPGs a better option for advanced speakers.

Aeria Games is one of the top spots to find MMORPGs that you can play in Spanish. When you log on the play loads in English, but just hit the language choice bar at the top of the screen to change to Spanish.

Two popular games you can play in Spanish are “Grand Fantasia” and “Shaiya.” “Grand Fantasia” has a chat panel where you can customize your chat settings and access “World Chat.” “Shaiya” has a similar chat feature with a range of options.

Of course you can play solo, too—that’ll be lighter on listening and speech practice but any time vocabulary flashes onto the screen or scrolls along the bottom, you’ll get reading practice. Interesting, too, that depending on the game, the vocabulary won’t be what’s typically found in texts or on flashcards. Rarely does a vocabulary list include castillo (castle), hacha de batalla (battle axe) or foso (moat).

An additional source for finding MMORPGs in Spanish with commentary on playing the games is available here on YouTube. Reviews and hints can help you decide which games suit your language goals best.

Play games and act like a kid—even if you’re not one. Celebrate every win. Recognize losses as learning opportunities.

To really maximize their potential, remember to combine these game websites with comprehensive Spanish learning resources, like textbooks and courses. That way, you can gauge and boost your Spanish skills as a whole.

Some language learning resources are also conveniently available in the form of websites. Through multimedia and content enhancement, they can provide thorough yet engaging Spanish lessons. One example is FluentU, which lets you learn Spanish through authentic videos equipped with interactive tools.

You have plenty of options and tools for leveling up your Spanish, without making it such cut-and-dry business. With games by your side, you can make your studies a blast!