Learn Japanese with Romaji and Skip the Kana Confusion

Rōmaji is the romanization of Japanese words (into English letters) and it is a great tool to use to properly sound out Japanese words when you do not quite know how to read Japanese yet.

Let’s take a look at exactly what rōmaji is, whether or not it is a good idea to learn with it and what resources you can use to grasp Japanese using rōmaji like a pro.

What Is Japanese Rōmaji?

You might have heard about the Japanese syllabaries and writing systems. To recap:

Rōmaji is a fourth method of writing, used to help foreigners sound out Japanese words without having to figure out the Japanese syllabaries. It is also used by Japanese people, who mostly grow up having to learn rōmaji in school, to communicate with foreigners.

Here is an example of what rōmaji looks like:

The rōmaji system was developed in the mid-16th century by Portuguese missionaries who needed to communicate with Japanese people without having to learn all that crazy kanji.

In the years since, rōmaji has definitely had its practical purposes. It also has its pretty serious downfalls. Let’s look at both sides, shall we?

Should You Learn Japanese with Rōmaji?

It might seem like an easy way to get into Japanese, but it is not always a good idea to learn Japanese with rōmaji. This is often debated and there are different opinions on the topic.

In the end, how you learn Japanese is up to you and you alone, so if the prospect of learning Japanese with rōmaji is appealing to you, go for it! Before you make that decision, though, consider these pros and cons:

The Pros of Learning Japanese with Rōmaji

The Cons of Learning Japanese with Rōmaji

For a great example, just take a look at this Japanese tongue twister: In rōmaji, it is written as “sumomomomomomomomonouchi.” It means “both plums and peaches are members of the peach family,” but written out in rōmaji it just looks like sheer madness! Write it in kanji, and it suddenly makes a lot more sense: 李も桃も桃のうち (すもももももももものうち).

Imagine being in Japan, trying to get from Point A to Point B, but having to stop every ten minutes to ask a Japanese person what a character on the map means. Things would be much easier if you would just learn hiragana, at the very least. You can easily knock out the basics of hiragana in one night!

So should you learn rōmaji? Of course! It is a vital part of learning Japanese and is very easy for English speakers to pick up since there really is very little to learn.

Should you exclusively learn rōmaji in lieu of the other Japanese writing systems? We do not recommend it if you really care about becoming fluent or plan to visit Japan.

That does not mean you cannot start with rōmaji then move into the other writing systems as you learn.

Whatever you decide, there are resources available that allow you to learn Japanese using rōmaji. We have gathered some for you below!

Learn Japanese with Romaji Thanks to 5 Rocking Resources 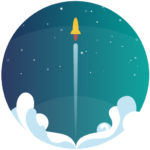 Memrise is a fun app that we have mentioned before on the blog. And for good reason! This app is formatted almost like a video game, with clear goals and objectives as well as spaced repetition learning that can help any beginner master Japanese and other languages.

This particular lesson from Memrise introduces over 200 common Japanese words taken from the “Genki” learning system, one of the most popular Japanese textbooks out there.

You will find all the basics here to form a solid beginner vocabulary, including animal words, useful verbs, time-related vocab and so much more—all entirely in rōmaji. 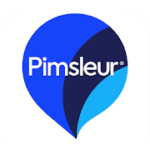 The Pimsleur Method is an online program that focuses on mastering spoken Japanese before delving into kanji and the kanas. The method, which has various levels depending on your Japanese knowledge, features interactive flashcards, pronunciation rules and audio language lessons you can listen to pretty much anywhere.

The program is excellent if want to learn spoken Japanese, as it focuses mainly on speaking and proper pronunciation. There is a bit of reading instruction but the main strengths of the program are in its thorough audio lessons.

While Pimsleur is a bit pricey ($575 for five premium levels) they do offer a free lesson so you can assess whether or not this program is good for you.

“Oxford Take Off in Japanese” 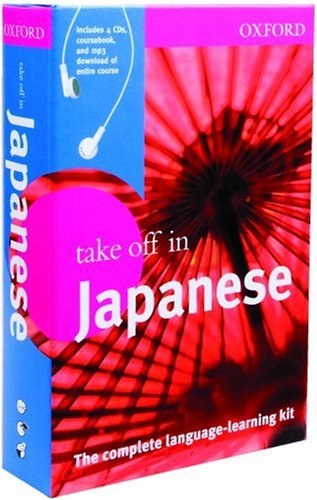 This multimedia software from Oxford Dictionaries is a vital product to have on hand while you learn Japanese with rōmaji.

The language-learning program focuses heavily on audio instruction as a supplement to a workbook which is presented almost entirely in rōmaji. You can listen to the coursework in the car or while doing other things, then sit down with the book to reinforce what you learned.

Beginners will benefit the most from this software and the audio CDs as they are tailored specifically for novice learners. Use this program if you want to jump right into speaking and listening. 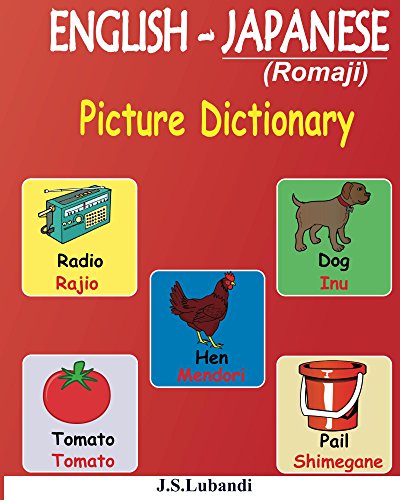 Every language learner needs a decent dictionary. This handy little book makes learning with rōmaji super easy though the use of engaging pictures.

This dictionary is not the most in-depth resource for learning Japnaese (there are only 58 pages), but it is a great place to start for associating images and words with rōmaji. It will get you started with a vocabulary of over 600 words before you even attempt to learn the writing systems, which will put in a pretty good place for later learning.

Although this dictionary is designed for children, it is still a great resource to have on hand for rōmaji learners of any age or level, even if it is just for casual reference. Search for the Kindle edition or physical book on Amazon! 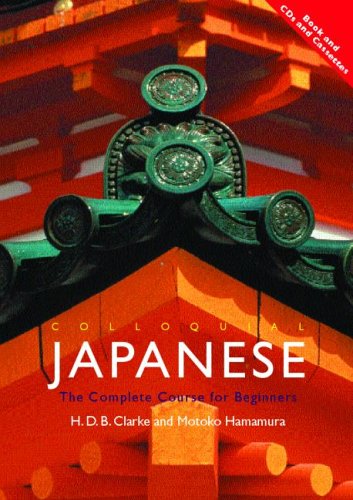 This resource, which is available on CD and in book form, is great for those who want to start their Japanese-learning journey with rōmaji.

The step-by-step course focuses on spoken Japanese and reading rōmaji before delving into listening skills and kana.

The writing systems are introduced gradually over the course of the program, and by the time you reach the end you should know all the hiragana and katakana characters as well as about 250 kanji. However, most of these are accompanied by rōmaji and you can easily choose whether you want to follow along or prefer to stick to the rōmaji.

This is definitely a great resource to have on hand as a newbie, especially if you are using rōmaji to ease your way into the Japanese writing systems.

Although we do not recommend that you exclusively learn Japanese rōmaji if your goal is to be fully fluent in Japanese, it is still a really handy little system of writing to use if you want to dive straight into speaking Japanese.

In order to be considered fluent, you will eventually have to learn the kana and kanji. You can use the resources above alongside online learning programs like Coscom Japanese to cover the basics.

You can also turn to FluentU, which has a collection of authentic videos with dual-language subtitles.

FluentU’s videos include J-drama clips, news segments, funny commercials and more. These come with three types of subtitles meant to help learners understand the content: Japanese, furigana and English subtitles. These can be toggled on or off to suit your study session goals. 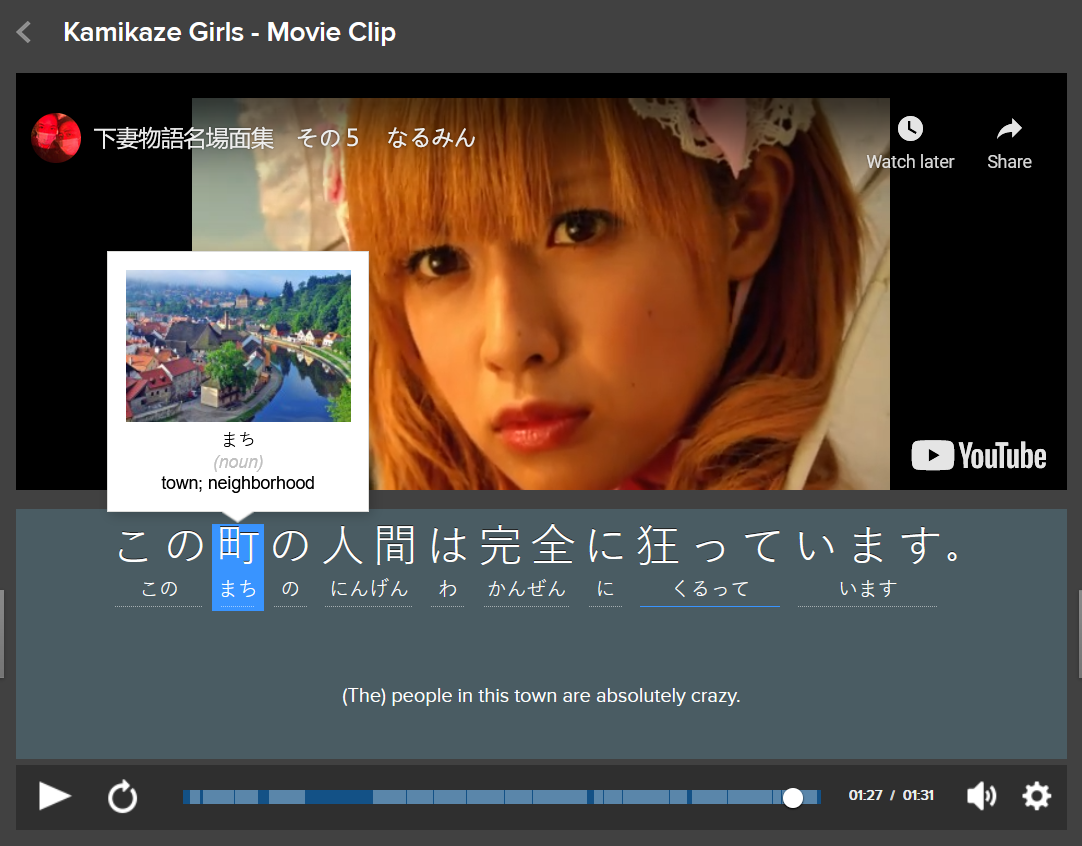 If you learn hiragana, which should not take too long as we mentioned earlier, then you will be able to read all the kanji in the subtitles thanks to furigana. If you are unsure of any word’s meaning or pronunciation, you can click on it in the subtitles to bring up an info card. This contains example sentences, clips from FluentU videos where the word can be seen naturally and an audio pronunciation.

Save words to flashcard decks and review them when you’re ready through multimedia, personalized quizzes. The FluentU browser, iOS and Android program is a way to bridge your study between rōmaji and starting to learn kanji.

Work hard and study! Or should I say, ganbatte benkyō shiyou!