French TV Live Streaming Online: Everything You Need to Know

Not your standard funny internet videos—luckily, just about everyone knows about those.

Not music videos—while these are great, they’re not on the agenda today.

Not even your beloved Netflix.

Remember how, before Netflix, there was this thing called television?

And guess what? It still exists!

Remember how relaxing it was to watch TV after a busy day at school or work?

Why not do that in French? Believe it or not, this is easy, even if you got rid of your cable package back in 2015.

So let’s look at what learning French with regular live TV can do for your language skills.

It would be crazy to practice French without using all the online French resources we can. But aside from that, the allure of streaming French TV is that it’s constant, free and, for the most part, overlooked. In my experience, watching streaming French TV offers unique advantages to the learner.

For all you lazy learners out there… now you don’t have to look for videos.

Okay, maybe it seems I’m stretching for this one, but to find French videos online you generally have to know what you’re looking for. And that’s fine… if you already know how to write in French and are feeling inspired. But if you’re just learning the basics, finding an interesting video in French might be more challenging. By streaming TV, you don’t get to choose the exact content, but watching is easy—just get online and start streaming!

But what about lazy learners who don’t want to waste time with shorter video content, either? Well, friends, that’s why FluentU exists.

Between this and live streaming TV, you never have to go hunting for your own video content again.

Streamed French-language TV offers a variety of content to improve your vocab in several areas.

Generally, French streaming TV sticks to specific themes—this is because it’s the online version of actual TV channels. This segmentation of content offers key advantages in improving your vocabulary in specific areas.

Granted, most French streaming TV features news and current events, but often still in different segments, and this subject matter gives you not only diverse vocab but also an ear for grammatically-correct French.

The variety of accents and tones you’ll be exposed to will improve your listening comprehension.

To understand French well, you have to listen to many accents. Streaming TV can be helpful for finding content from different locations.

Some channels are based in Paris, giving you classic Parisian French, while Africa-based channels give you multiple other distinct accents which—due to population growth in French-speaking regions in Africa, as well as the role Africa has played in the development of the French language for as long as it’s been spoken there—are important to understand, too.

You can listen all day without constantly clicking on new content.

This is especially true for those who want to practice French while working. Obviously, it could look bad to your boss or co-workers if you’re constantly looking for new French-speaking videos instead of working. But since streaming is constant, you can do what I do: Turn it on in the morning and listen all day. Nobody will know the difference!

It may be true that you have to concentrate in order to eventually understand spoken French, but in my experience just having it as “background noise” during the day will slowly train your ears. What’s more, you can tune in and out, listening more or less intently depending on your workload.

Lessons from the Tube: Streaming Live French TV for Learners

Okay, let’s get to the nitty-gritty. You’re probably reading this post because you want to know some good channels to watch! But where do you start?! Fortunately, I’ve compiled a list for you of some of my favorite French-language TV channels that you can stream online.

Faced with the dreaded “not available in your country” message? Don’t worry! Although many French-language TV streams are available in all countries, some are restricted to France (or Switzerland, or wherever). Luckily, that’s not a problem in the 21st century.

With a Virtual Private Network (VPN), your private network is extended across a public network, allowing you to access content as if you were a part of another private network. What does this mean? It means you never have to worry about content not being available in your country! In my case, I have the Hola VPN on my Google Chrome browser. Just choose the country hosting the content and you’re good to go.

That all being said, there’s a good chance that you’ll be able to access most of the channels below immediately, without any extra fiddling around. 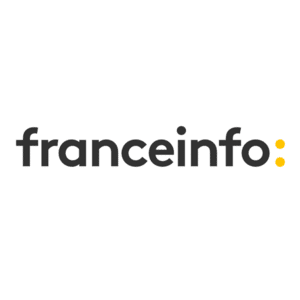 In the past, one would have to search a variety of websites to find streaming French TV, and often on the hosting sites themselves the content was either hard to find or finite. Recently that has changed, as YouTube now streams many channels. This is the case with France Info, a news resource. In my experience, it’s the most reliable French TV stream available.

It may seem like overkill to include both France 24 and France Info on a list of streaming TV because they offer similar content: news from France and abroad.

However, in my experience, France 24 is better for learners because it offers an English language option. That way you can watch the stream in French, then in English, to make sure you understand the content. 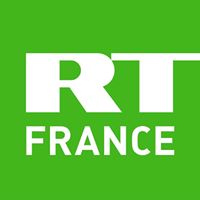 Say what you want about the content of Russia Today (RT), but I find it’s great for finding international content in French. Sometimes France Info focuses a lot on France, which is understandable with it being a French channel, but we have to remember that French is an international language spoken on five continents. For learners, RT offers a very neutral accent, easy to understand for learners.

M6: Not available on YouTube, but still worth checking out!

Finally, something that isn’t just news! Granted, I love the news, but French TV offers great cultural content as well, much of which is found on M6. Apart from cultural programming, there’s some news but, most importantly, dubbed content from English-speaking countries. I’ve said this before, but dubbed content is often the easiest to understand for French learners because the accents are clear and you might already know the storyline.

A word of advice: You have to sign up for this service, which means that having the VPN that I mentioned earlier may come in handy. 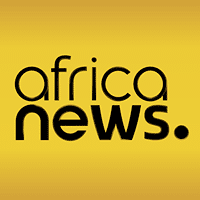 It’s a shame that the immense French-speaking communities in various African countries don’t get more international attention. Luckily, you can change that with Africanews, a streaming YouTube TV channel dedicated to current events in Africa. As Africa is poised to be the demographic center of the French-speaking world in years to come, understanding the diverse accents that are spoken there is critical for any French learner.

Africanews can also be live-streamed on YouTube or their website, and has an English-language version as well.

Improve your business and economics vocabulary with BFMTV. 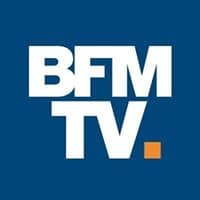 In college, I took two courses on French for business, and my professor specifically mentioned BFMTV, a free online channel devoted to French economic and business news. She would often have us watch the channel and write summaries of certain events. Even today, it’s my favorite channel because it’s reliable and it polishes your professional French. If you ever want a career that incorporates speaking French, BFMTV is the channel to watch.

Sometimes, to continue practicing French, we have to get creative.

Watching French-language streamed TV is an out-of-the-box way of passively getting your listening practice in while working on other tasks.

So plug those earphones in and start watching!