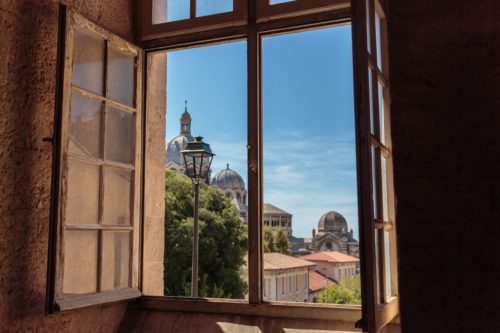 Your Window to the Southern French Accent: A Guide

In the South of France, the sun shines and the people smile more days than not.

Do you know what that means?

People are relaxed. It also means lots of fiesta and siesta.

And with that relaxed state of mind comes a relaxed form of expression, which some of us might associate with “Southern hospitality.”

Ever wondered what a Southern French accent sounds like?

Southern twangs are not just a thing of the good ol’ USA.

Similar to a Southern American accent, a Southern French one has a sweet sound that everyone drools over—and to be specific, it tends to be the Southwest French accent that wins people’s hearts.

French-language accents differ from region to region (and even country to country) but a lesson on how to imitate a general Southern French accent should definitely be helpful for any French learner.

Because it couldn’t be easier!

The pronunciation of French words with a Southern accent is more concrete and soft-sounding than with a Northern Parisian accent.

And it’ll open your eyes to a whole new French language learning experience.


The Bona Fide Guide to the Southern French Accent

What Does a Typical Southern French Accent Sound Like?

It’s considered the “singing accent” or l’accent chantant, because people of the South are happy, bright and always sound like they’re singing.

It used to be officially known as the Occitan language (yep, like the body lotion store L’Occitan), but is sometimes now referred to as provençal or langue d’oc.

You may have never thought of it, but a French Southern accent and a French standard accent drastically differ in sound and pronunciation.

So the moment you want to try to imitate a Southern French accent, remember to think musical, warm, loose, friendly and soft. The complete opposite of its Northern (standard) counterparts, which tend to sound harder and tougher.

Here’s a video of a typical Southern French accent (and Parisian) to get you started.

This video was aired on the news, which is why you might notice that the narrator who starts the segment does not have a typical Southern accent.

You’ll want keep an ear out for the second speaker, the person interviewing random Parisians on the street. This is the woman in the video wearing business attire (she also talks to the camera), who has a different accent than the rest of the speakers. It was really hard for her to land a job in Paris due to her Southern accent, which is why she made this video. She eventually got the job, and is considered one of the first national reporters with an accent to do so (hence why there’s a segment about her).

You can find more real-world examples of French in use and all its variations on FluentU, which lets you learn French from real-world content like music videos, commercials, news broadcasts, cartoons and inspiring talks.

Southern Regions and Cities Where Southern Accents Are Typically Heard

There are at least six regions where a Southern French accent is heard. Within those six regions there are main cities, but that doesn’t include all the small countryside towns where accents and dialects are often thicker and more exaggerated.

Here’s a list of all the regions and main cities where a Southern French accent can be heard:

So if you’d like to lend an ear to the sounds of each accent from these regions (and beyond), listen to this five-minute clip to distinguish the differences. It starts off in the North and makes its way down South. You’ll be blown away!

Fun fact: The Toulouse Southern French accent is considered one of the sexiest and most charming in all of France (around 34% sexy and 70% charming to be exact!). Which do you think is the sexiest or most charming?

Okay, Let’s Finally Learn How to Imitate This Accent with Pronunciations and Vocabulary!

In case you haven’t noticed, French natives of the South like to pronounce and exaggerate each syllable of French words.

Not only that, but Southerners tend to add a soft-G twang sound to the end of many French words.

This is completely different from a standard accent, which sounds more like you’re eating (or swallowing) certain syllables and words.

A Parisian accent is the standard French most learners are used to, but it’s technically harder to pronounce, and therefore harder to learn. The fact that French is already a non-phonetic language, like Spanish or Italian, makes it even more difficult.

That’s why speaking with a Southern French accent might help you better grasp French words, and steer you in the right direction to developing your own legitimate French accent!

Words That Take On a Soft-G Sound in the South

Soft-G-ending words sound like the “ing” we make in English. The only main rule to this trick is to add this G-ending sound to French words that end in ain, en, ent, gne and gue. But that’s not to say that there aren’t times when French Southerners add it to any old word. You can always bend the rules.

Let’s have a listen to the sounds. Click on each word to hear the different ways native French speakers pronounce these words.

If you’re still not sure of how it’s supposed to sound, watch a Southwest Toulousian girl trying to avoid a Southern French accent: Some of the words I listed here are in this video. Can you spot them?

Not enough? Have a look at this video of a comedian from Marseille exaggerating a marseillais accent; he also does a take on what Parisians sound like. Quite funny!

Words That Are Pronounced with More Syllables in the South

Now that you know what Southerners are supposed to semi-sound like, here’s a breakdown of a few words pronounced differently from how they’re pronounced with the standard accent. Don’t forget to add a soft-G sound to the end of some of them!

In Southern France, len-te-ment has three syllables, while standard French pronounces it with two: lente-ment.

Note: Notice that the middle vowels in some of the standard pronunciations are complete absent. This is an improper spelling, meant to show the way the word is more typically pronounced.

After you get the sounds and technicality of pronouncing French words down pat, you’ll begin sounding like a true Southerner in no time. Just remember the syllable and soft-G-ending rules, and you’ll be all set.

Just one more thing: Some words vary from region to region—but don’t worry, we’ve got you covered. Here’s a small clip and list to get you started.

Pour tcharer de tout et de rien. (To talk about everything and nothing.)

Viens que je te quiche. (Come, let me give you a hug.) As in, “let me squeeze you tightly.”

And there you have it.

Get out there and start practicing, so you can start speaking like a true Southerner!