What a great time to learn French.

You’ve got French television shows, music, podcasts, and movies in your pants.

And of course we can’t forget about the innovative mobile apps popping up left and right.

Often overlooked in this ever-expanding toolbox of digital language tools is the old-fashioned newspaper.

Why Learn French Through the News?

These days, most of us rely on our daily apps to stay up-to-date on current events. Some read the news via social media, while others watch news segments on language learning apps like FluentU.

With FluentU, real French news clips are available to both native and non-fluent speakers alike.

Like other forms of media, French newspapers can also be easily accessed online, with much of the content freely available without a subscription.

They offer a wealth of information and insight into the most important issues in France and open the door to not just language fluency, but also the ability to engage with French speakers on issues that they care about…or the latest scandal rocking the country!

But like political parties, France has many newspapers serving diverse audiences and it can be difficult to situate oneself in this jungle.

Here are a few of the most important newspapers in France.

6 Newspapers in France for French Learners 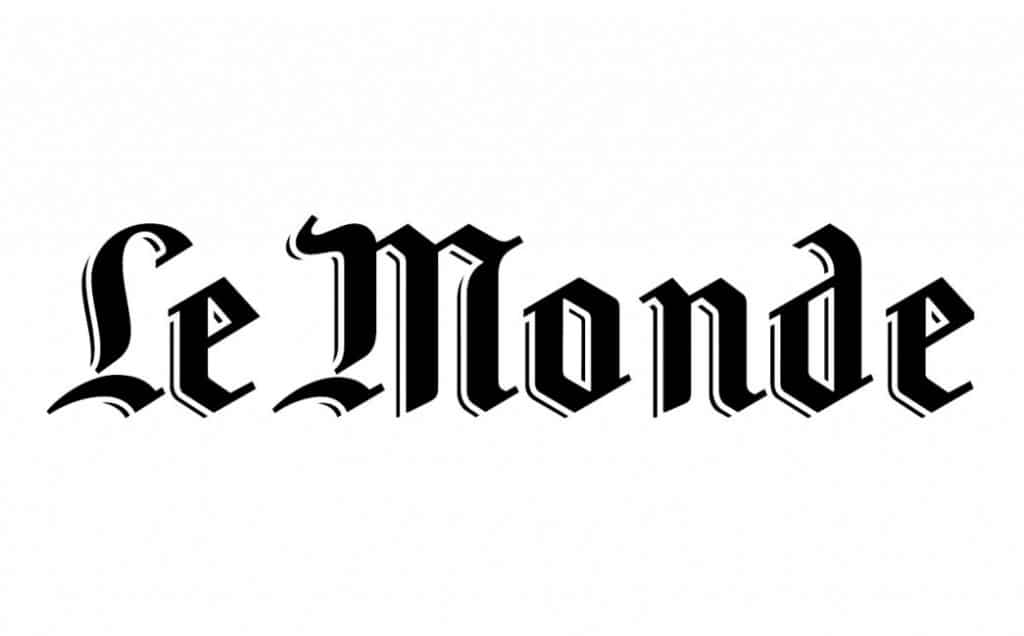 History: Le Monde is a major daily newspaper that has been published continuously since 1944. Along with Le Figaro (see below), it is one of France’s best-known newspapers. It is unique in that it is one of the only remaining newspapers in the country that is published in the evening, meaning that the following day’s edition hits news-stands in the late afternoon.

Slant: The publication’s editorial line can be generally described as center-left, making it comparable to an American publication like the New York Times or the United Kingdom’s The Guardian.

Audience: The newspaper is a leading national publication appealing to more highly-educated readers, including academics, intellectuals and civil servants. It offers a rich array of political reporting, as well as unrivalled coverage of cultural news in France. If you want to find reviews of the films creating buzz at the Cannes Film Festival or this year’s Prix Goncourt literary prize winner, Le Monde is the place to go.

The major downside for French learners is that the paper requires a higher-level of knowledge. It prides itself on taking a more analytical approach to the news, meaning that stories are often on the longer side and include many historical and cultural references that can be difficult for French learners. 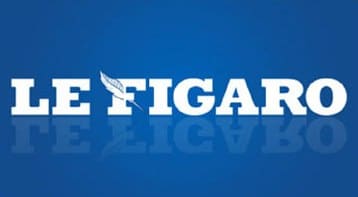 History: Along with Le Monde, Le Figaro is France’s other most well-known news publication; the two are often referred to as France’s newspapers of record. It is also the country’s oldest newspaper, founded back in 1826 as a satirical publication.

Slant: Le Figaro has historically been the standard-bearer of France’s center-right, although it is not as heavy on business and finance as comparable newspapers in the U.S. or U.K., such as the Wall Street Journal or the Financial Times (Les Echos would be the French equivalent of these publications). You can expect to find the conservative take on the most pressing issues of the day in its editorials and opinion pieces.

Audience: Like Le Monde, the paper is distributed nationally and written for a general audience. Among its readers, you will find many well-off, educated people working in the private sector.

The paper publishes stories on all the major political and social issues of the day, as well as a rich, although comparatively less extensive, sampling of stories on the country’s cultural life. Le Figaro will be relatively easier to read for French learners, although it still demands a good level of French. 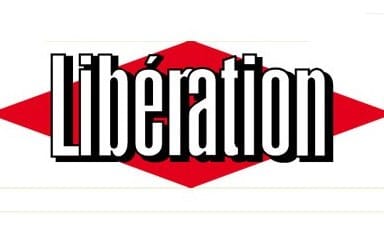 History: The daily newspaper Libération is younger than Le Monde and Le Figaro, but it can claim a much more prestigious founder. Started by French philosopher Jean-Paul Sartre and journalist Serge July in 1976, the newspaper’s origins are deeply rooted in the tumultuous times following the May 1968 student riots.

Slant: While the newspaper has long since shed its more revolutionary outlook, it still occupies an important position on the French left. It is particularly well known for its provocative front pages, traditionally dominated by a large photo and accompanying headline.

Audience: Libération is often included as one of the quality daily publication (les quotidiens) with Le Monde and Le Figaro and appeals to an older generation of intellectuals and well-educated readers on the left that came of age in the 1970s. However, its readership and influence has waned with its financial difficulties and many predict it will not be around much longer.

It is perhaps one of the most difficult newspapers to read for French learners; even some native French speakers will have trouble plodding through its rich style and difficult vocabulary. 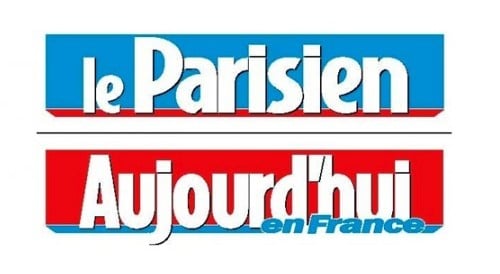 History: Le Parisien is a relatively new daily newspaper that is distributed widely in Paris and the surrounding region. Its sister publication, Aujourd’hui en France, carries many of the same articles and is available outside the Paris area. Combined, they are the largest newspaper in France by circulation.

Slant: While the publication has no overt political bias, critics often claim that it sensationalizes stories and spends too much time covering the more sordid aspects of French political and social life. However, it would be unfair to compare it to British tabloids or an American publication like the New York Post.

Audience: If you were a director shooting a scene in a French café, it’s Le Parisien that you would put in the hands of the extras in the background. The newspaper’s colorful cover and large headlines are ubiquitous in Paris. French learners will appreciate the plain-spoken and to-the-point style of the publication and its local stories and the odder bits of news it covers dominate espresso machine conversation across the country. 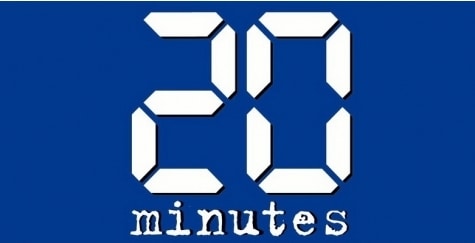 History: These two publications are newcomers, but have, in the span of only a few years, come to dominate the daily life of the French. They are technically the largest newspapers in France by circulation, although most journalists would dispute that title as they are actually distributed freely in metro stops and train stations across the country.

Slant: Because these newspapers are optimized for mass consumption, they feature little or no political bias, although like Le Parisien, they are often criticized for sensationalizing the news and focusing too much on scandals and gossip.

Audience: If you’re looking for a quick run-down of the most important news in France, this is the place to go. These newspapers, which are designed to be read in about 15-20 minutes during the morning and evening commutes, feature short, no-frills stories covering local, national and international news. 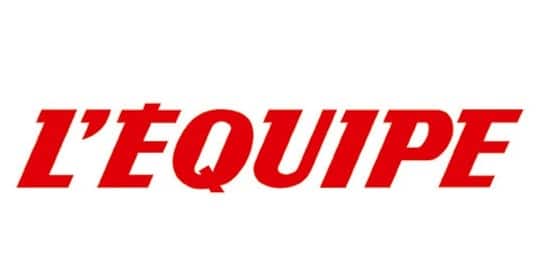 History: L’Equipe is a daily newspaper covering sports. The newspaper has been the home to many of the world’s most venerated sports journalists, such as Jacques Goddet, former director of the Tour de France and Gabriel Hanot, who is credited with being one of the masterminds behind the creation of the UEFA Champions League.

Slant: While it certainly has a penchant for supporting French athletes in international sporting competitions, L’Equipe harbors no particular loyalties when it comes to sports. The newspaper format, which is becoming less and less common for sports coverage, means that the publication conserves a more journalistic and analytical approach to its coverage than you’ll often find with sports.

Audience: The publication is widely read among both the lower and upper classes of French society and features articles on a broad range of sports, although French favorites like football (soccer), rugby and cycling are prominently featured. If you’re looking for conversation starters to test out your language skills with locals, L’Equipe provides the perfect material. French learners can expect to struggle when first reading the publication because of the sheer amount of new vocabulary there is to digest, but it will surely not go to waste!

And one more thing...

If you like learning French on your own time and from the comfort of your smart device, then I'd be remiss to not tell you about FluentU.

FluentU has a wide variety of great content, like interviews, documentary excerpts and web series, as you can see here:

FluentU brings native French videos with reach. With interactive captions, you can tap on any word to see an image, definition and useful examples.

Practice and reinforce all the vocabulary you've learned in a given video with learn mode. Swipe left or right to see more examples for the word you’re learning, and play the mini-games found in our dynamic flashcards, like "fill in the blank."

All throughout, FluentU tracks the vocabulary that you’re learning and uses this information to give you a totally personalized experience. It gives you extra practice with difficult words—and reminds you when it’s time to review what you’ve learned.