And let us tell you a secret, there’s a whole world of seriously cool Spanish singers out there doing their thing.

The best thing about them is that you get to learn Spanish while you dance along (we cannot guarantee learning and dancing will occur at the same time. One step at a time, people!).

5 Modern Spanish Songs with Lyrics That Double as Language Lessons 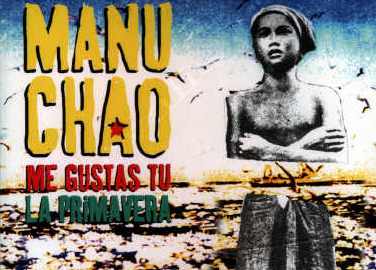 Manu Chao’s happy-go-lucky song about all the things he likes in life is perfect for beginners. It’s also a really easy one to sing along to.

The structure of the song is simple, with the verses stating all the things Manu Chao likes (e.g. me gusta viajar). Then he caps off each verse by saying he likes the person he’s singing to (me gustas tú). The chorus is a mix of French and Spanish (we’ll ignore the French for the purposes of this post, but if you’re learning French too then it’s a double whammy language lesson song).

The first three verses are fairly simple, with the song referencing dreaming (me gusta soñar), motorbikes (me gusta la moto) and rain (me gusta la lluvia).

The last verse includes some more tricky vocab. Let’s take a look at it:

So what on earth is canela? We’ll give you that one for free. It means cinnamon.

And menear? What does that mean? Menear can mean to shake, to wiggle or to sway. Our money’s on the swaying.

Try and figure out the rest of the song on your own. And no, you don’t need to feel proud for translating the word Guatemala. But if you find out where Malasaña is without the power of Google, you get extra points. 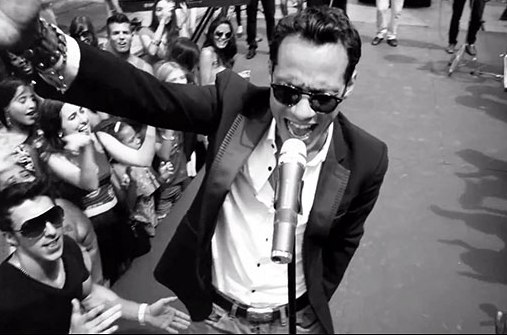 American Marc Anthony is absolutely huge in Latin America, and this song was a massive hit in 2013. It’s another uplifting song perfect for singing along at the top of your voice once you’ve mastered the words.

So, what’s he singing about? Well, he begins the song with the chorus which is repeated throughout the song. It goes like this:

Try translating and then compare with this (no cheating!)

The lalala bit was the worst, right? Didn’t think so.

The vocabulary in the song is simple but useful. There are already a couple of words that are worth picking out and noting down, such as heridas (wounds or injuries) and gotas (drops, in this case he’s talking about rain).

The grammar is also fairly straightforward, so this is a good one to practice the present tense.

Also, as we can see with the chorus we’ve just translated, Anthony uses the “ir + a + infinitive” structure several times in the chorus (Voy a bailar, for example).

If you ever get stuck trying to think of how to form this tense, next time you can just think of Mark Anthony and his plans for laughing, dancing and generally having a good time and living life. For more on this future form as well as other ways to talk about the future, see this post. 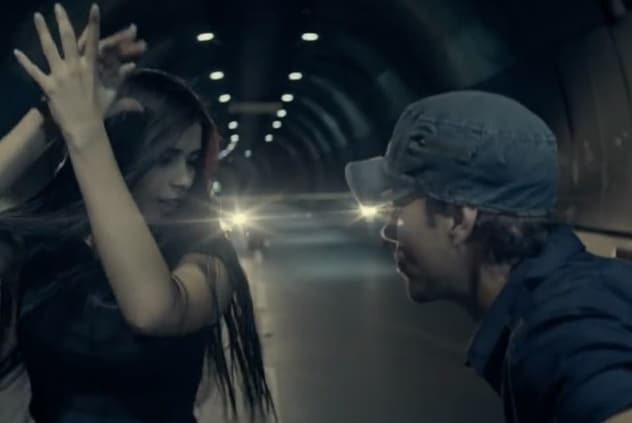 Oh, Enrique. You hoped he was going to come up, didn’t you?

If you didn’t and you’re upset about the lack of female artists on this list, we’ll kindly direct you to our post on learning Spanish with Shakira. Yes, the Colombia Goddess gets her own post all to herself.

Remember that this song is different from “Bailamos” even though they’re both about dancing. This one is far less smoochy and more upbeat, and the video involves a lot of people bailando in the streets. Although it all maybe got a bit much for Enrique as he seems to have taken refuge in a tunnel.

Useful vocabulary is, as we would expect from Enrique, all related to the corazón. He talks about his heart beating slowly (me palpita lento). Palpitar is the verb “to beat” (as in heartbeat, not beating someone at Scrabble). He also croons about bodies going up (subiendo) and down (bajando), but we know he’s still talking about the dancing as he keeps repeating the word bailando, just in case anyone misinterprets him.

Again, the song is mostly in the present tense, so it’s nice and simple. 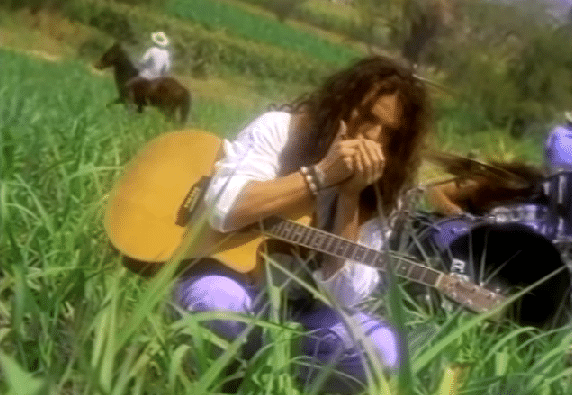 Mexican group Maná gets a little cheesy in this song, as they sing about how they wish they could live without air, water and without their love but they find it impossible. As you can probably tell from the video, the song was released in the early 1990s.

Useful vocabulary is related to angst-ridden feelings like ahogar (to suffocate), the line reads me estoy ahogando sin tu amor (I am suffocating without your love). Try and see how many other lines you can spot that could have been written by a heartsick thirteen-year-old in their journal.

Maná often use the phrase cómo quisiera (how I would like), which is a good example of how conditionals are used in real life. 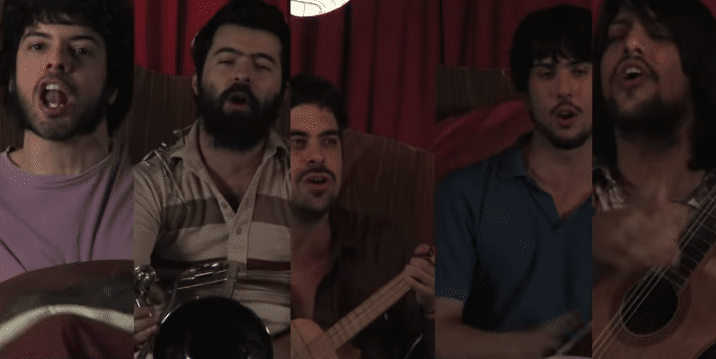 Onda Vaga don’t have the same level of international fame as the other artists listed here, but they’re popular in their home country Argentina, and with good reason.

Plus, their songs are excellent for learning Spanish. They’re simple enough that you can translate them, but full of enough new vocabulary that it’s still a challenge to figure them out.

“Mambeado” is full of useful vocab. Let’s take a look at a part of one of the verses:

I don’t know why sometimes I get lost
My eyes go round in my head and I die inside
And I lock myself in again and I can’t go out
I can’t see how lovely every moment is.

Now, that may sound depressing, but the chorus invites everyone to sing it to the moon, the sun and stars, so this bunch of boys aren’t quite as moody as they sound at first. This song is also another good one to sing at the top of your lungs. To really get in the Onda Vaga mood, this is preferably sung around a campfire.

How Spanish Song Lyrics Can Improve Your Fluency

So you got these tunes to groove to, but why exactly should you be checking them out?

Apart from the fact that you’ll get to discover artists you might not know about and revisit those you already know and love, translating Spanish lyrics can be a fun and enlightening exercise.

You know that feeling when you look at the lyrics in English and realize “Oh, that’s what the song is about!”? Well, it’s like that when you figure out Spanish lyrics—but it’s even better because it required a little extra brain power to decipher the riddle.

As well as learning loads of new vocabulary, you can also see how some of that grammar you’ve been swotting up on is used in the songs.

Singing along to the songs once you’ve figured them out can help you get used to Spanish pronunciation, and singing the fast bits is an extra challenge. And if you ever do happen to go to a karaoke party where all the songs are in Spanish, you’ll be at an advantage.

So, how exactly do you learn with song lyrics?

Well, we recommend the first time you listen you watch the video and enjoy the music without worrying too much about the words. Hopefully, after this first viewing you’ll have an idea more or less of what the song is about (if not, don’t panic!).

The second time around you can start and stop the song to try and pick out some more vocabulary. Try filling in the gaps with a website like Lyrics Training, or simply look up the letra (lyrics) with your good friend Google so you can start trying to figure out what’s going on.

If you want to see the lyrics in front of you, there are also other websites and resources that can help you follow along. The language learning program FluentU, for example, has a selection of Spanish music videos within its content library. Each video has interactive bilingual captions, so you can click on any word to get a contextual definition, pronunciation, basic grammatical information and example usages.

Otherwise, you can always manually look up any words you don’t understand in songs (try these apps if you don’t have a good dictionary). But either way, this is the important part: memorize and dissect those lyrics.

The memory part can be achieved by writing all the lyrics down, or perhaps by singing the song over and over again until you’ve got it. The second version is probably more fun, and there are lots of YouTube versions of songs perfect for your karaoke needs.

So, now you can cantarle a la luna y al sol (sing to the moon and sun).

Sing it to the moon, the sun and maybe even your Spanish teacher!