News is everywhere, and when it comes to the enormous Spanish-speaking world, there’s a lot of it. This is why it’s such a great resource for learning Spanish.

By watching the news in Spanish, you can practice your language skills all while keeping up with current events.

We are familiar with many Spanish news sources and we created this list of the 25 best resources to help you practice Spanish through the news!

Use this list to find a resource that works for you, and soon you’ll be feeding your news addiction and working towards fluency!

For up-to-the-minute coverage of news in the Spanish-speaking world (and beyond), hop on over to YouTube and check out the Noticias Telemundo channel.

The channel boasts thousands of videos, including both news reports and more in-depth coverage and investigative journalism.

The videos are neatly organized into topical playlists, so you can follow the developing events of specific stories.

If you’d prefer to read your news, Noticias Telemundo also has written news articles on its website.

This program includes many types of videos, like movie clips and music videos, but there’s also a whole section for news. Filter by the “news” category to find news segments from Telemundo, BBC Mundo, Univision and more.

Each news video you watch on FluentU comes with dual-language subtitles and its own custom-made quiz, so you can master new words and phrases—plus, you can easily add words to your vocabulary list and review them using FluentU’s multimedia-enhanced, virtual flashcards.

FluentU also has an iOS and Android app available.

Radiotelevisión Española is Spain’s national public broadcaster. RTVE’s service allows viewers from all around the world to select from its programming list.

There’s a variety of news and current affairs programs such as “Informe Semanal” and the “Telediarios.”

For those of you who enjoy watching a solid half-hour of news over dinner every night, RTVE is an engrossing option.

News in Slow Spanish is the definitive resource for beginning Spanish learners who wish to improve their comprehension. There are also options for intermediate and advanced learners with slightly faster readings.

The two hosts go over a selection of news items from the past week at a much slower speed than what you’d hear on a news channel. This may sound strange, but for most Spanish students, this little bit of extra time is all that’s needed to dramatically boost comprehension. 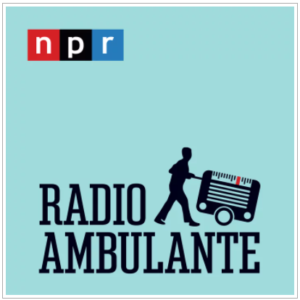 This is a news podcast produced by NPR that focuses on Latino and Latin American stories.

Most episodes are downloadable and run between a half-hour and an hour long. There are also transcripts available for each episode.

The transcript is particularly helpful for beginners and lower-intermediate learners, allowing them to see what they are hearing.

Among other sources, Radio Ambulante (Walking Radio) is available through Apple Podcasts, Spotify and Google Podcasts. You can also have it delivered to you via RSS feed.

With a dozen different radio shows, downloadable as podcasts, the news from Voz de América (Voice of America) includes programs about specialized topics:

Google News’ Spanish Service aggregates content from news media around the world into a scrolling list of articles, organized 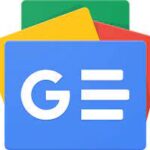 The site includes a variety of customization options to increase or decrease the presence of a certain media provider, region, or theme, in your news feed.

El País is a major metropolitan daily paper based in Madrid, Spain. The site offers several portals that filter the high-quality content according to region.

El País also offers an English portal with translations of a small selection of articles featured on the main page. This makes it a good option for beginning Spanish learners, as these articles can provide a good first step into Spanish news.

You don’t always have to read serious news!

Football is a huge part of the culture all across the Spanish-speaking world. If you’re learning Spanish to talk to Spanish people, you’re going to need to learn how to talk about football.

You can filter your results by country and by region if you’re interested in traveling to a particular region, or are already a fan of a Spanish team.

The editions feature Vice’s distinctive style of journalism: focusing on marginal characters and themes, and many stories written with a Gonzo approach to journalistic immersion.

Vice has recently moved into covering major news stories; however, the approach of their journalists is unlike mainstream news media and may be very popular among people who don’t find major news providers appealing.

Even though El Mundo (The World) defines itself as a liberal newspaper free from any political affiliation, the truth is that it was originally created to be the main right-wing paper of the country. Today, it continues to take a critical stance towards the Spanish Socialist Workers’ Party.

Politics aside, El Mundo is one of the leading Spanish newspapers, both in its printed and online versions.

It mainly covers national and international political news, although its opinion articles and its sports section are fantastic.

El Tiempo (The Time) is one of the top Colombian newspapers in terms of printed copies and visits to its website.

With a history of over 110 years, El Tiempo is a centrist newspaper that includes news on national and international politics, business, sports, law and technology, among many others.

What I like the most about this newspaper is that you can personalize it. Just log in, choose the topics you’re interested in and create your own paper!

Nota roja refers to a very popular type of journalism in Mexico that specializes in crime, violence, accidents and natural disasters.

However, La Prensa is much more than just a nota roja newspaper. It includes sections like national and international news, opinion, sports, science and gossip (basically, news about celebrities), among others.

Originally a newspaper leaning to the left side of politics, El Nacional (The National) is now considered a centrist paper and one

of the last independent newspapers in Venezuela.

This is probably why it has become one of the main newspapers in Venezuela.

El Nacional will give you plenty of Spanish-learning material in the form of national and international news, economic reports and opinion articles, among other interesting sections.

Another heavyweight in the world of news in Spain, ABC has traditionally been considered the country’s Conservative,

ABC has several local editions throughout Spain, with the one from Madrid being the most read. Its website, with a very clean layout, is also one of the most visited newspaper sites in the country.

This source covers everything from Spanish news and economy to international news and even sports and science.

La Jornada (The Working Day) is a 32-page, tabloid-format daily newspaper that was established by a

group of journalists who didn’t feel there was real freedom of press in Mexico. Ever since its creation, La Jornada has been left-leaning and very critical of neoliberal globalization.

Among its different categories and sections including Mexican politics and economy, the one on culture (called “Cultura”) is especially interesting.

The website of the Australian Special Broadcasting Service includes content in Spanish in a variety of formats.

Print news in Spanish is complemented by a collection of short news radio programs focusing on Australian and international news.

Vogue is the most prominent publication in fashion. The Spanish edition of Vogue was started only a few years after its American counterpart and is every bit an equal in the depth and quality of its coverage.

This includes coverage in a variety of media, including short videos. It’s a good mixed-media platform for those looking to improve their listening comprehension skills, as well as their reading skills.

Considered the newspaper of record for Argentina, La Nación (The Nation) is also one of the most widely-read daily papers in the

It’s the main Argentinian conservative newspaper, and it’s been in circulation since 1870 (yup, that’s over 150 years!).

The news source mainly focuses on news from the US (especially Florida), but still has other categories that are broken down into a very user-friendly interface.

If you want some native Spanish material to practice your listening skills, you’re going to love the “Video” section.

El Vocero (The Spokesperson) isn’t only the most read newspaper in Puerto Rico, but also the first to be completely free in the

country (others have followed this strategy since).

This newspaper covers national and international news, with a special focus on politics and governmental information, but it also has sections on sports, opinion and economics, among others.

The section “Audionoticias” (Audionews) sums up the main news of the day in around four minutes. These short audio clips are perfect for Spanish study sessions.

La Tercera (The Third) is considered one of the most important newspapers in Chile.

La Tercera has a whopping 30 sections, some of which include the weekend news, several podcasts, sports, Qué pasa (What’s going on), politics, national and international news and even a cooking club!

El Observador (The Observer) is a rather young newspaper (it was founded in 1991), but it’s already one

of the main papers of Uruguay.

Its website is more like an information site where you can go read the latest news as it happens (it’s constantly updated).

Out of all the sections the website includes, the one I enjoyed the most was the one devoted to podcasts. If you’re a fan of reading and literature, you’ll especially enjoy “Te Cuento” (I Tell You).

Enjoy the world-renowned journalism of the BBC, delivered in Spanish.

For video versions of these articles and additional coverage, check out the BBC News Mundo channel on YouTube.

La Opinión (The Opinion) was originally created as a newspaper for Mexican immigrants in the Los Angeles area.

It later changed course to cover news from all of Latin America, and eventually, the entire Spanish-speaking world. This includes the people of Spanish descent who live in LA.

La Opinión covers a wide range of international news and even has a ten minute podcast feature every day that covers the hottest topics of the day. This is a great tool for a quick study session as it’s short and sweet, but you still get a summary of the biggest events.

Tips for Learning Spanish Through the News

Whether you like focusing on local news, sports, fashion, money or science—or the happenings in dozens of other areas—there are Spanish news sources that can immerse you in the language and gradually improve your fluency.

Mix and match your news sources. Use the information you learn to spark conversations with Spanish-speaking partners.

You can use the news to practice both Spanish reading and listening comprehension—all while keeping on top of the latest news and getting a better understanding of the world we share.