Do I have your attention now?

Look closely at the commands above. Do they seem unfamiliar or strange to you?

If you learned Spanish in the Americas, it’s likely that they do, since those commands are in the vosotros form.

The vosotros form is the informal, second-person plural form (“you all”) and it’s used exclusively in Spain. This article will tell you everything you need to know about making commands in the vosotros form.

So, leed bien este artículo (read this article well) and you’ll be making vosotros commands in no time!

Vosotros Commands: The Comprehensive Guide to Making Suggestions to Y’all

When to Use Vosotros Commands

I like to think of vosotros as the Spanish equivalent of “y’all” or “you guys.” In other words, use it to mean “you” when referring to multiple people in an informal situation. For example:

As stated before, the vosotros form is used only in Spain. If you learned Latin American Spanish, you’ll probably be accustomed to using the ustedes form to refer to any group of more than one person, whether formal or informal.

In Spain, ustedes is reserved exclusively for formal situations, while vosotros is used in more casual or friendly situations.

In comparison with many Latin American countries, Spaniards tend to use informal conjugations (tú and vosotros) much more frequently.

While living in Spain, I found that when speaking to someone I didn’t know very well or even a complete stranger, it was acceptable and expected to use informal pronouns, especially if the person was around my age. The more formal usted and ustedes, on the other hand, tend to sound very stuffy.

In general, I’d reserve ustedes for very formal situations (think: talking to your boss or at an interview for a job), or when speaking to people who are much older than you. Otherwise, vosotros is generally appropriate.

Use a vosotros command whenever you want to direct or command a group of more than one person.

For example, when I was an English teacher in Spain, I used vosotros commands all the time to tell my students what to do:

Commands are definitely useful for expressing authority. However, when it comes to speaking Spanish, the word “command” is slightly misleading. Commands need not be demanding; they can certainly be polite or friendly. The command form can be used to suggest as well as command.

For example, when speaking to your friends, you could perfectly well use the command form to say:

¡Venid a la fiesta! (Come to the party!)

¡Pasadlo bien! (Have a good time!)

In these cases, the commands aren’t really demanding anything—they’re just a way of expressing a suggestion, hope or desire.

Books and TV shows can be good ways to learn when and how to use vosotros commands. Just make sure the media you choose comes from Spain, since you won’t hear the vosotros in most programs from Latin America.

For example, you could get the Castilian Spanish translation of “Harry Potter” (check for availability on Amazon Prime). If you’d rather practice picking out vosotros forms in spoken Spanish, you could stream the Spanish reality TV show “Hermano Mayor.”

You should now have a good understanding of what vosotros commands are, when to use them and how to find them in “the wild.” Now, let’s learn how to form our own commands.

How to Make a Command in the Vosotros Form

In Spanish, you conjugate commands differently based on whether you’re making a positive or negative command.

A positive command is when you tell someone to do something. “Go away,” “Pass me the salt,” “Let’s go to the movies,” and “Sit down, please” are all examples of positive commands.

On the other hand, you use a negative command when you tell someone not to do something. “Don’t eat that,” “Don’t worry,” and “Don’t go” are all examples of negative commands.

(If you need a more thorough refresher, check out our guide on Spanish commands.)

In this section, we’ll learn how to conjugate vosotros commands, both positive and negative.

Forming the positive vosotros command is one of the easiest Spanish conjugation rules you’ll ever have to learn.

Simply take any infinitive verb, drop the final r and add a d.

For example, the infinitive hablar (to speak) becomes the command ¡hablad! (speak!).

But wait, it gets better: There isn’t a single irregular conjugation for vosotros commands.

Congratulations! You now know how to form any positive vosotros command! Here are some examples:

¡Venid a cenar! (Come to have dinner!)

For -ar verbs, to form a negative command you drop the ­-ar ending and add -éis:

For –er and –ir verbs, to form a negative command you drop the ending and add -áis:

Here are a few more examples to get you more used to this form: 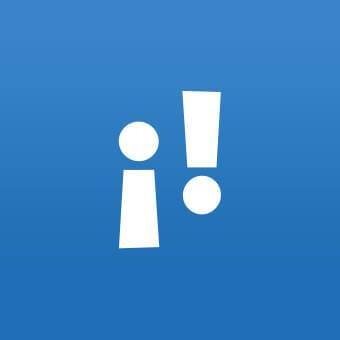 ¡No vengáis nunca más a mi casa! (Don’t ever come to my house again.)

¡No tengáis miedo! (Don’t be afraid!)

I promise that with practice, you’ll become a master of negative vosotros commands. In the meantime, this handy Spanish verb conjugation tool is an absolute life-saver.

When forming commands in the vosotros form, you’ll occasionally want to add direct or indirect object pronouns to the command.

In a positive vosotros command, add the object pronoun directly to the end of the word:

With negative commands, on the other hand, the object pronoun will usually go between the word “no” and the verb:

If you’re conjugating reflexive verbs in the vosotros form, you’ll want to use the reflexive pronoun os.

Similar to direct and indirect object pronouns, the reflexive pronoun os is placed at the end of positive commands. However, there’s one slight adjustment: When adding the pronoun os, you remove the final d of the positive command.

When conjugating an -ir verb like this, you need to add an accent mark:

¡Decidíos! (Make up your minds!)

There’s only one irregular conjugation to worry about: The verb irse (to leave) retains its final d and becomes ¡idos! (Leave!).

This is technically the grammatically correct way to conjugate positive commands. However, when talking to people in Spain, you may notice that there are certain colloquial variations that are widely used and accepted.

Some speakers will keep the final d attached to the command, saying something like ¡Sentados! (Sit down!) instead of sentaos.

Other times, you’ll see people replace that final d with an r when adding the pronoun os. For example, it wouldn’t be uncommon to hear ¡Veniros! (Come here!) instead of veníos.

These conjugations are technically “incorrect,” but since you’ll see them all over the place, it’s good to know they exist.

When it comes to reflexive pronouns, negative commands are much simpler. Much like object pronouns, the os simply comes between the word “no” and the verb:

¡No os caséis! (Don’t marry each other!)

So, what’s the takeaway from this article?

When it comes to vosotros commands, ¡no tengáis miedo, chicos! (Don’t be afraid, guys!)

This conjugation form might seem unfamiliar if you’re accustomed to Latin American Spanish but you can still master it!

Estudiad (study) and you’ll be a pro at vosotros commands in no time at all.