In Japanese, saying “you” can mean everything from “my beloved spouse” to “worthless piece of trash,” depending on the specific word you choose.

Below is a quick guide to the meanings of five different ways to say “you” in Japanese so that you do not end up on the wrong side of whoever you are talking to.

It sure does! Textbooks generally do use あなた — anata to mean “you” at a beginner level, for clarity’s sake.

Although they can certainly teach you the fundamentals of grammar, using textbooks to learn might mean that your speech will sound unnatural until you reach an intermediate level or begin learning with more authentic Japanese resources.

You can use あなた to mean “you”—it is technically correct—but there are a lot of other ways to say (or not say) “you” in Japanese, and some are far more frequently used by native speakers.

Read on to find out more!

How to Naturally Say “You” in Japanese

The word “you” is a pronoun. Pronouns are words like “I,” “you,” “she,” “we” and so on, that substitute nouns to prevent repetition.

English pronouns come in many forms (e.g. I, my, me, mine) but they operate a little differently in Japanese. So while you need to learn a few more pronouns in order to address people at the correct level of politeness, you do not need to learn vastly different forms like “mine.” (Instead, a simple particle will do.)

Below are five ways to say “you” in Japanese for vastly different occasions.

Typically written with hiragana, あなた is the standard, polite way to refer to the listener in a conversation, though generally it is only used when you do not know the name of the person you are speaking to. It is typically used by women—this gendered speech is very common in Japanese, with speech patterns differing between men and women.

It is also used by many women to refer to their spouses. It can be said in an endearing way, like “darling” or a pet name in English, but it is also often used to express exasperation.

You can use this to refer to a stranger. Women also use it to address their spouses.

君 is most often written using kanji. Those of you studying hard will see that this kanji is also used with its onyomi kanji reading for the suffix 〜君 (〜くん) — -kun, which is used as a familiar term to address males.

This is the word for “you” that most men would choose to refer to someone when speaking in a casual conversation. It should not be used when talking to your boss or someone else higher than you on the social ladder, as it expresses a level of familiarity that is inappropriate. You would risk sounding presumptuous since it indicates that as the speaker you feel you are on the same level as, or superior to, the person you are talking to.

It is used often in songs to create a feeling of immediacy, familiarity and informality. Boyfriends also use it when talking to their girlfriends.

Although English pronouns do not carry so much cultural coding, by looking at 君 and あなた you should begin to see that it is important to consider who is speaking and who is being spoken to when picking out the correct “you” to use.

This word is used by men in a higher position than those they are talking to, boyfriends talking to their girlfriends and in songs by both men and women.

This is a contracted version of あなた, and as such, is less formal. Written in kana as あんた, it is typically regarded as a rude and rough way to address the listener, expressing the anger or disrespect of the speaker.

This pronoun is not used in polite conversation. 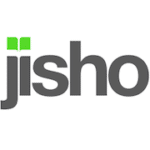 It is overly familiar and can be quite offensive because it is expressing the speaker’s superiority, although you will often hear it in anime, comedy or TV dramas. A quick search on Jisho.org’s sentence examples shows the flavor of this word: insulting, exasperated and used for rough and ready exclamations.

To see how using this word can affect the recipient, check out a Japanese native speaker’s take on a non-native speaker using あんた to address her.

Women tend to use あんた more than men, especially when addressing men. A typical instance would be a wife criticizing her husband.

Both men and women may use this when roasting their closest friends or family in jest. However, it is something that requires a refined ability to know how others might feel about it. If you are unsure, just avoid this term altogether so you do not accidentally upset anyone.

This is a masculine and somewhat gruff way of saying “you.” It is often used by older male teachers when scolding naughty groups of students, though it should be emphasized that this is not a polite way to speak to them. It shows that the speaker’s authority is considered high above those being addressed and is very informal.

The dictionary notes that this can be considered a derogatory term, but like all Japanese, it is essential to consider context and politeness level. For instance, if your older male boss says お前 to you when asking you to book a meeting room, it is not passive-aggressive or rude, but rather just him speaking from his established position in the office hierarchy.

However, if a stranger of your age on a train speaks to you and uses お前 then it is similar to them having said “Oy! You!”

While constantly reinforcing your position in a hierarchy (or, more uncomfortably for some, within gender stereotypes) may seem to contain a smug subtext in English, it is not so in Japanese and it is important to recognize that people rarely mean offense when using this term.

If somebody does want to upset you in Japanese, you will likely be able to hear it in their intonation. Conversely, cues like hearing someone say お前 to you can help you gauge where you are in terms of politeness level (hint: you usually start near the bottom of the hierarchy!).

Men often use お前 in the same way that women use あなた with their spouses, though it reinforces their assumption that they are superior in the couple. You can hear an example used by Domyouji from “Hana Yori Dango.”

You can find more examples of people using this word with the FluentU program, where you can watch authentic Japanese videos and interactive subtitles.

Take caution: This word is incredibly rude and is almost never heard in real life.

This writer has heard it used once in 10 years in Japan (by unsupervised kids fighting over toys trying to out-macho each other). However, this expression is worth knowing because it is used for dramatic emphasis in anime and drama, and you hear it pretty often.

This term is at least as confrontational as dropping the F-bomb in English and expresses great anger toward the person you are speaking to.

If you hear this, someone is trying to actively start a fight.

Bonus: Talking to Groups and Saying “Your”

In English, “you” can mean one person or a group that the speaker is talking to. In Japanese, simply add 〜たち — -tachi, sometimes written with the kanji 達, to pluralize “you” and refer to two or more people you are conversing with (for example, 君たち — kimi-tachi).

A more polite way to do this, and one that is more suitable for dealing with clients in a business setting, would be to use -kata or -gata, which elevates the level of politeness.

If you are wondering why k sounds sometimes become g sounds in Japanese, it has to do with the sounds immediately preceding them. This is called rendaku and there is a thorough and helpful article on Tofugu all about rendaku usage that is well worth a read.

You need to add the possessive particle の — no, which acts in a similar way to adding “apostrophe s” in English and indicates possession. For instance, if you want to ask “Is this pen yours?” you would say あなたのペンですか？

The particle の can be attached to the end of any of the pronouns listed above and to a person’s name (more on this below).

More Natural Ways to Say “You” (Without Actually Saying “You”)

As you can see by now, Japanese cannot merely be directly translated from English. Big cultural differences exist surrounding how you address others, so the most natural ways to actually say “you” in Japanese would sound, unsurprisingly, quite odd in English.

Here are the two most common ways used by native speakers in daily conversation.

This is a very natural way to refer to a person in Japanese. The absence of a pronoun is actually polite, because you replace it with the listener’s name, implying that you respect them and know their name and everything it stands for (historically family honor, status, etc.). Remember that it is more proper to use the last name.

Picking up this habit in place of あなた is a very fast way to make your Japanese sound more fluent and to get to grips with more common Japanese names.

You can also affix の to the name to say “yours,” as explained above.

In more informal conversation, you may find that Japanese people drop the honorifics: ジョンは元気？(ジョンはげんき？) — “Are you well, Jon?” Note that this indicates closeness and informality, so do not drop titles until the native speaker does or tells you that you can, to be sure to avoid offense.

In the example above, other formal aspects have been dropped: お元気ですか？ (おげんきですか？) becomes simply 元気 (げんき？), spoken with rising intonation to indicate a question. All of these aspects work together to give a sense of great informality and closeness.

2. No pronoun at all

Familiar pronouns can be presumptuous, assuming that the speaker can judge the hierarchy of a situation. That is why using no pronoun at all is often more polite.

If this sounds confusing, remember that in English, we also drop pronouns or other information from sentences when the context makes it clear what is happening to all concerned. Consider the following example of a conversation:

Context makes it clear A is talking to B, so “you” and “I” are not needed, and intonation makes it clear that A is asking a question, not making a statement. Here is another example:

(C has spoken about weekend plans then asks:)

D: I’m going to the beach with my family.

In isolation, D’s sentence is talking about the present moment, but the context of the conversation, both parties understand that D is discussing the future.

These kinds of cues are used all the time in Japanese, which is a high-context language. Dropping the pronoun or name is not only acceptable, but it is actually more natural in many cases.

If we go back to our example above, we can actually shorten ジョンは元気？ to, quite simply, 元気？or As long as it is clear who you are referring to (like if you are speaking directly to one person), you can usually safely drop the pronoun.

Choosing the right way to say “you” in Japanese can be confusing for beginners, but you will soon get the hang of it. If in doubt, err on the side of caution. It is what the Japanese do!

Just follow this golden rule: Being too polite will not burn any bridges, but being too informal might. Good luck!