Creepy Crawlies and Culture: 21 Insects in Japanese and How to Talk About Them

I remember thinking this when I saw a cicada for the first time in the countryside of Japan. It was a hot summer day in the mountains of Nagano, and I was poking this dead cicada to see if it would come back to life with its signature shriek.

I volunteered on farms and in bed & breakfasts throughout all of Japan’s major regions for a few years. There was no shortage of insect life for me to engage with and shudder at… Especially when I saw a dangerous centipede working its way across the tatami mat where I laid my head to sleep out in Hiroshima.

All in all, these interactions with insects in Japan made it easier for me to memorize the vocab. The shivers some of them sent up my spine also served as great memory enforcers. Whenever I see insects here in Fukuoka that I’ve met in the past, I’m grateful for the creepy emotions those first insects left in my brain.

Good news though: You can evoke the same emotions in your brain without meeting these insects in person.

From culture to everyday life, insects are an integral part of the Japanese experience. That’s why it’s a good idea to learn the Japanese words for our crawly friends.

Let’s go on an insect hunt!

The unique bond between children and insects

It’s no coincidence that you see children in Ghibli movies, anime and manga running around outside with insects flying around them in absolute peace. Japanese culture is closely tied to nature. The language, customs and food are connected to the seasons and all the change they bring.

Part of that change is insects.

Children and insects are inseparable in Japan. You’ll find it much easier to remember the names of these insects if you picture the obligatory kid presenting it in your favorite Japanese program. Visualize the hand, the voice and the response of the other character. The words will never leave your brain.

If you come to Japan, you’ll find that many of these insects love spending time in the house. They frequent your walls and tatami mat as if they were invited as honorable guests. Some, you’ll feel compelled to stomp out of existence. Others, you’ll delicately scoop up to gently release through your window.

Either way, ensure that you say the name aloud before making a move. This experience will stick with you as time passes. You’ll soon find that you can instinctively say their names the next time you meet—which will inevitably come.

I’ve found that, among others, the most common insects you can find in countryside houses in Japan include cockroaches, mosquitos, stink bugs, ants and centipedes.

All of the above except for the last one are relatively harmless. You’ll encounter them on a weekly basis and you can tell the locals have essentially made them long-term house guests. No matter how clean or dry you keep your house, they’ll find a way to get it.

The last one though, you need to watch out for. This centipede can send you to the hospital if you’re not careful and, in some rare instances, even lead to severe complications. That’s why it’s best you learn ムカデ ー centipede like the back of your hand before heading out the countryside!

A lot of Japanese pop culture is based on reality. Often, the places and behaviors you see in your favorite Japanese movies, anime and manga are real. This includes creepy crawlers. After all, what do you think Pokemon are based on?

You can find some intense adaptations of your favorite insects and of your most hated enemies in anime. The great thing about bringing these crawlers to life on the screen is that they stay with you in your brain: in a good way. Intense fights, language and triumphant music all serve to make your memories 3D and long-lasting.

When you see these insects in your home country, before you act to remove, admire or release, seek to memorize. Their color, movement, and location are all key details that will brighten the Japanese vocabulary in your mind. This is why certain smells and music bring memories from long ago to the forefront of your mind. The senses and emotions strengthen your memories.

Why Japanese insect names are often written in katakana

You might notice as you scroll down our list that many of the insect words are written in katakana. No, they’re not all loan-words (or sound effects). Rather, it’s common custom to write the names of animals, insects and plants in katakana, even if they have a kanji version. For instance, you might have learned that you can write “dog” as 犬 or いぬ, but you’re just as likely to see it written as イヌ, instead.

In fact, many of the kanji for animals, insects and plants are so complicated that it’s just easier to write them in katakana rather than try to write or even recognize the difficult kanji.

21 Insects in Japanese and How to Talk About Them

Below are 21 common insects you’ll find in Japan, as well as 11 phrases and words that you can use to speak about them.

Find insects in this list that you’ve seen in Japanese movies, anime or manga before. Then, pinpoint the exact scene, characters and dialogue. If you have trouble remembering, pop one of these words into your search bar with the title of the Japanese show. You might find that the more rapidly you try to bolster words with real-life details and experiences, the easier it is to remember and use them in a conversation.

I’ve had plenty of Japanese respond with laughter or surprise when I drop an insect term in conversation fluidly. It’s not often that foreigners speak of these slimy creatures. So it’s in your best interest to use them to expand the breadth of your conversations with native Japanese people. 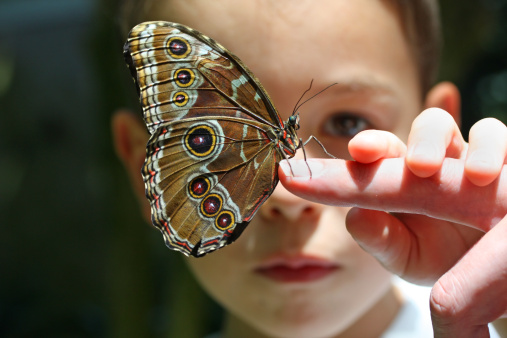 Let’s start with some basic insect words. These are common bugs you’ll find in nature—or in your home!

Crickets have been kept as pets in Japan for centuries, complete with elaborate cages. Crickets represent good luck and fortune, but also autumn and the cycle of life.

Grasshoppers were also historically kept as pets in Japan, but they’re also considered a delicious treat!

There are about 30 types of cicadas in Japan, many with their own version of the easily-recognizable call. Cicadas represent summer and youth and you can often hear them in the background to set the scene in anime and other elements of pop culture.

Fireflies in Japanese culture are often seen to be the souls of soldiers who died in war. An excellent look at this analogy (and an excellent movie) is the classic “Grave of the Fireflies.” A must watch!

While you might associate leeches with water, the Japanese mountain leech lives comfortably on land and can even climb on trees and fall down onto you!

They can get under your clothes and hide in your shoes. Ick! Hikers in Japan are often given bags of salt or salt water to put in their shoes to keep mountain leeches away.

Rhinoceros beetles are kept as pets and used to fight in Pokemon-style battles. It might sound silly, but it’s pretty serious to this day: There are livestreams and tournaments (with good money placed on them) of the fighting beetles, many of which are smuggled into the country. 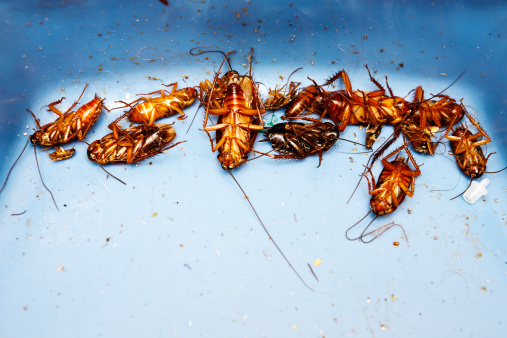 As we mentioned earlier in this post, many bugs love to make themselves comfortable inside homes! Here are the most common household insects in Japan:

Words and Phrases for Talking About Insects 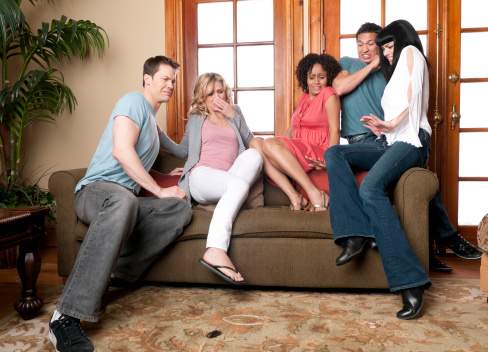 Got those insect words? Great! Here are some phrases that you can use to talk about them!

Now you have the basic vocab and creepy emotions that come with meeting insects in Japanese. As long as you treat these crawlers with the same respect children in Japan are taught, you’ll be on your way to a vivid recollection and one small step closer to fluency.

Brandon Chin is a Jamaican-Chinese hybrid and sees the world just the same: a mash-up of different stories. He spends his time asking questions through his novels. Based in Fukuoka, he helps you travel to Japan virtually through his podcast, Raw Japan and his free daily newsletter here: brandonchin.net.