I was on a train from Narita Airport to Tokyo when I noticed that everyone seemed to be staring at me.

Why all the stares?

I was reading manga.

The Japanese people sitting in front of me were absolutely fascinated by the sight of a foreigner reading manga. One couple actually started to talk about it, as if I wouldn’t understand their conversation! (I could understand, and I have my language exchanges, music, and TV shows to thank for that).

They marveled at a foreigner reading manga, and wondered how I had studied to achieve this kind of reading level.

It’s actually not that hard, as long as you follow the right process.

Why Manga is Perfect for Japanese Language Learners

There are many reasons why reading manga is ideal for Japanese language learners.

At a basic level, manga is just the Japanese version of a comic book, and most everyone can remember enjoying comics as a kid. Comics are easy for children to read since there are plenty of pictures and much less text than a regular book.

From this perspective, it makes sense for Japanese learners to read manga. It is unrealistic to study Japanese and then expect to be able to tackle a newspaper article about politics, so manga is a great starting step to work your way up. You’ll see lots of Japanese onomatopoeia plus many short, simpler sentences.

There are a large number of mangas, whose audiences range from children to young adults to adults. In this regard, we are lucky that it’s socially acceptable for adults to read manga in Japan.

Since the publishers of manga also want a large customer base, you will often find furigana in manga. Adult readers will ignore it, while younger readers use the furigana as an aid. Obviously, it was never conceived as being an aid for foreign readers, yet we are the ones who can benefit most from this. If you read a manga and keep seeing the furigana for a particular kanji character, then soon you will be able to read that character! What a painless and simple way to learn Kanji.

Manga is a great way to develop your Japanese reading ability, and the stories are quite enjoyable. Manga contains short sentences with illustrations showing what is happening, and often has furigana – which is especially useful for Japanese language learners.

1. Familiarize yourself with an entire manga book

First of all, try reading a whole manga book without help. Depending on your level this may be difficult, so if you have a very low level of Japanese you may want to skip this step.

However, if you’re up for the challenge, you will develop several key skills through this exercise. You will become familiar with the layout of manga, and your mind will stay engaged in the story using both the pictures and the Japanese words that you do know. Remember, if you struggle with kanji you should pick a manga that uses a lot of furigana.

After reading through the entire manga, it’s time to fill in the gaps. Start from the beginning and look up every word or grammatical structure that you don’t know. This can be time consuming, but it will help you reap the biggest rewards.

Thanks to the internet it’s easy to check the meaning of words with an online dictionary, and thanks to the prevalence of furigana in the manga, it is very simple to look up kanji. Personally, I add little notes in pencil throughout my manga, and I tend to cross out the furigana for kanji.

3. Take notes that you can use again

I highly recommend making notes while you read the second time and look up all of those new words. Do whatever fits your own study style in terms of notes. I tend to write word meanings or grammatical explanations in small writing with a pencil – directly in the manga.

For example, if I look up a word like 勉強 (べんきょう – study), then I will write “study” nearby. If I see the same kanji on a following page, I won’t add the translation, as a signal to myself that I should know the word. If the same kanji appears multiple times, then I will start crossing out the furigana in later occurrences to indicate to myself that not only should I know the meaning, but I should also know how to read it.

You can create different variations of this, such as remembering the page number for the first occurrence of the word, and writing that page number next to the kanji whenever you see it again. Alternatively, you can create a separate notebook where you write the vocabulary or kanji, its meaning, etc., and assign it a number which you can then write in your manga book.

Some people like to color code, so again, develop a system that works best for your preferred learning style.

4. Re-read a manga book with notes

Having read the whole book a second time while looking up new vocabulary, kanji or grammar, it is now time to re-read the manga. Feel free to reference your notes throughout. You should notice that it’s much easier to read than the first time. The plot should be crystal clear and easy to enjoy. It’s hard work to go through a manga book and check all the vocabulary, so re-reading the book afterwards will show the benefits of doing it this way.

5. Read the book again without notes

Don’t stop after your third read-through! Aim to re-read the book several times, until it becomes too easy to read. It is for this very reason that I make all of my notes in pencil, as I start to erase previous notes when they become unnecessary. This way, stage by stage I can see exactly how much of the kanji, vocabulary, etc. that I’ve learned based on how many notes remain in the book. I keep reading until I can make it through without any notes at all.

6. Let some time pass and then read it again

Once all of your notes are gone, it’s a good idea to re-read the book from time to time. This will keep all of that Japanese fresh in your mind, and also give you the chance to enjoy reading an entire manga book without help. Be proud – this is a huge accomplishment!

How Manga Can Help You Watch Anime (And Vice Versa)

One of the great aspects of manga is that they often form the basis of an anime (here’s our anime guide in case you missed it). This is because as certain manga prove popular, creators of anime shows decide to go ahead and make it into an anime series. Many people who watch anime will later read the manga version. They’re already familiar with the plot, but reading manga can provide details that a viewer could easily miss in the anime.

Conversely, if you follow the above steps to master manga reading, afterwards it’s a great idea to watch the anime version instead (if it exists). Not only will you know the plot, but the Japanese speaking should be similar—if not nearly identical—to what each character says in the book. It’s a really fantastic way to develop your Japanese listening skills, and you can use Japanese subtitles to enhance your learning even further.

If you’re completely new to watching anything in Japanese, or not yet ready for a full anime, I recommend using FluentU to get yourself comfortable listening to native Japanese speakers. 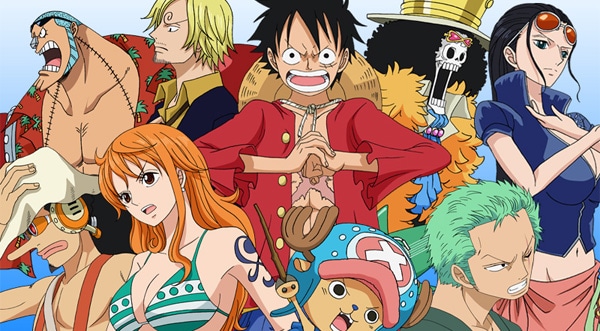 Whether it is manga or anime, this series always has to be mentioned as it is simply huge in Japan. Similar in a way to how Lord of the Rings is described as being a book that everyone has either read or plans to read it, One Piece is known by everyone and enjoyed by people of all ages. It follows the adventures of Luffy and his crew on their quest to obtain the legendary pirate treasure, One Piece. 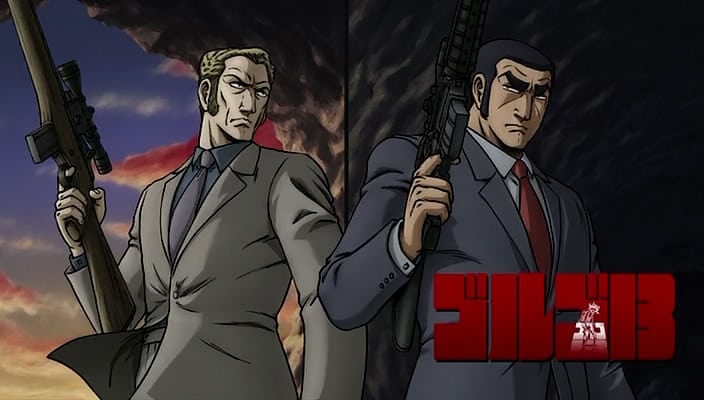 This manga has been going on for over 40 years and has sold over 200 million copies. It follows the story of Golgo 13, a professional assassin, who is available for hire from anyone who can pay his fee. 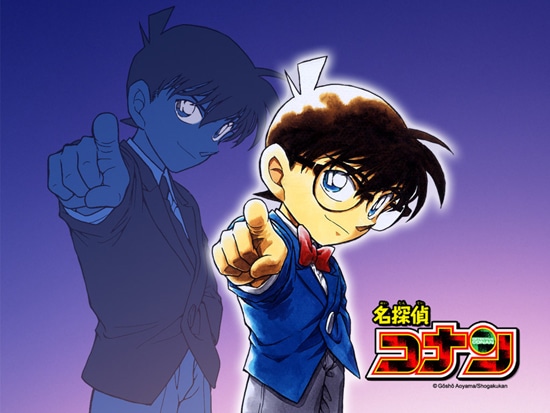 On the safer side of the law, detective Conan is a high school detective who is transformed into a child. This particular series has been so popular that there have been a number of adaptations, including live action and anime. A typical story includes a mystery that has to be solved. 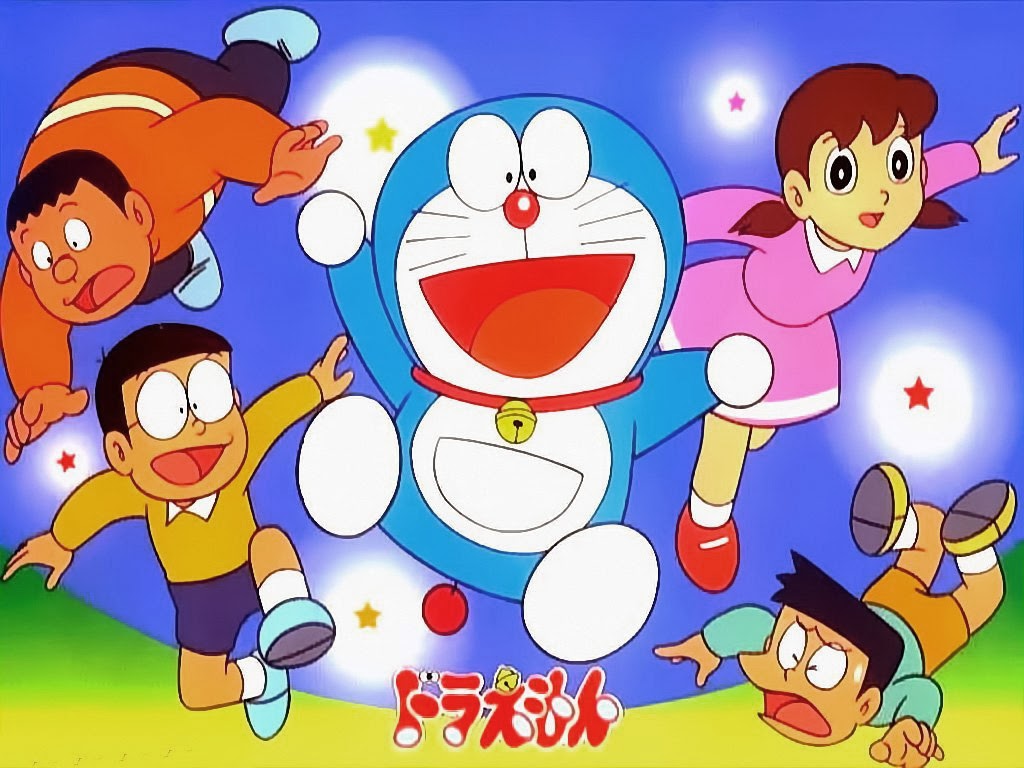 Although technically a children’s manga, this particular series is well known around the world. In the 22nd century Sewashi Nobi sends a robot back in time to his grandfather Nobita Nobi in order to improve the family fortune and change the future. It is a comedic story that usually involves Doraemon trying to help Nobita, but as a result his futuristic gadgets tend to actually make things worse, with the inevitable consequence that Nobita and his friends learn a lesson.

You can find bilingual (English and Japanese) Doraemon comics on White Rabbit Japan, along with other educational materials to help you along in your Japanese journey, many of which make use of manga as a learning tool. 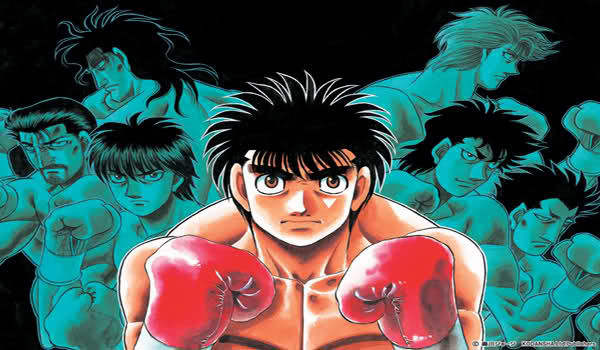 This is a boxing anime which started in 1989 and has sold close to 100 million copies so far. It is a high school manga which is concentrated on one of the students, Makunouchi Ippo, and his career as a boxer. In a rather typical fashion for any Japanese manga that involves fighting or competing, there is a strong emphasis on becoming stronger, defeating opponents and winning tournaments.