Watching anime can be a fantastic way to learn Japanese.

With thousands upon thousands of different anime series and films out there, even the not-so-hardcore anime fan can find something to suit their interest.

In this post, we’ll explore 12 anime shows and movies that can help Japanese learners get a better handle on the language—no matter what level learner you are!

These shows were meant for Japanese children and teens. They’re ideal for beginner Japanese learners because the vocabulary used isn’t too advanced and the speech is often slow enough to easily keep up with. Rest assured, these anime also have quite a bit of entertainment value to adults—you won’t feel like you’re watching “Sesame Street” in the least. 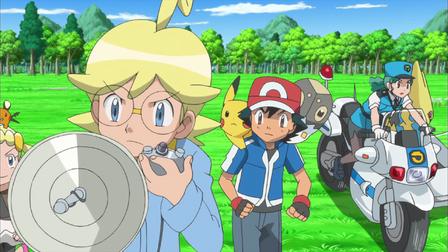 Of course we had to start with the anime series that was a smash hit in the U.S. (and frankly, around the world) in the late 90s. “Pokémon” is still beloved today worldwide.

“Pokémon” is great for beginner learners because it’s essentially a children’s show. The show’s spoken Japanese is slow and easy to follow, and the vocabulary it uses isn’t too complicated. Even though it’s a kids’ show, many adults can enjoy the nostalgia and get sucked right back in. If you watched this show as a kid in English, you’ll also be getting a boost to your understanding of the spoken Japanese since you’ll be able to compare and contrast it to the English dubbed version.

Watch it here: Amazon (DVD or Blu-Ray). We suggest changing the settings to Japanese audio with English subtitles before watching. 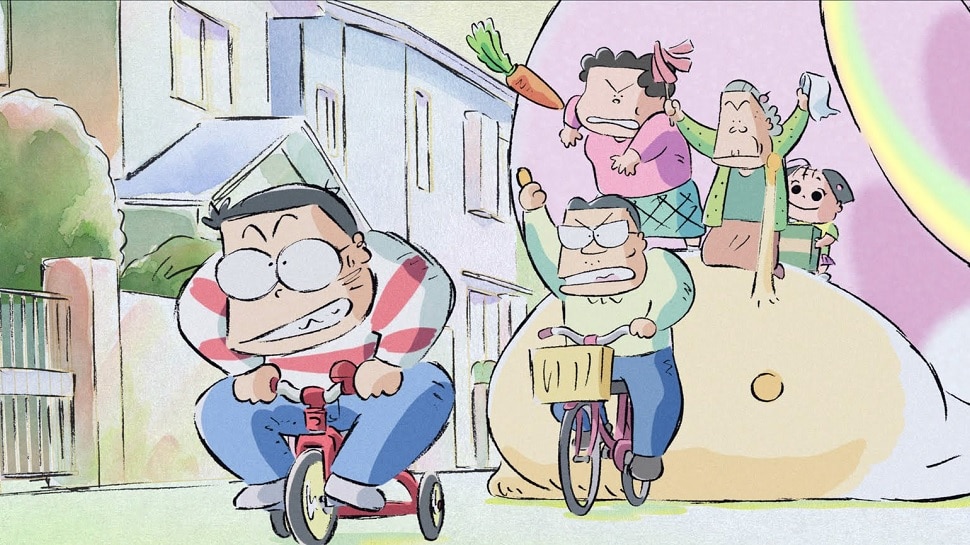 This anime comedy film may be a bit on the vintage side, but it’s still an incredibly entertaining ride. (You’ll be seeing a lot of Studio Ghibli films on this list because frankly, they’re gold.)

“My Neighbors the Yamadas” is a film about the Yamada family and their dog Pochi. The film is a slice-of-life series made up of mini-stories with minimal dialogue that the novice Japanese learner will definitely be able to keep up with.

The language is also fairly informal and mostly involves conversations between family members, which is great for beginners just learning the basics of Japanese. There are tons of laughs and very relatable moments. 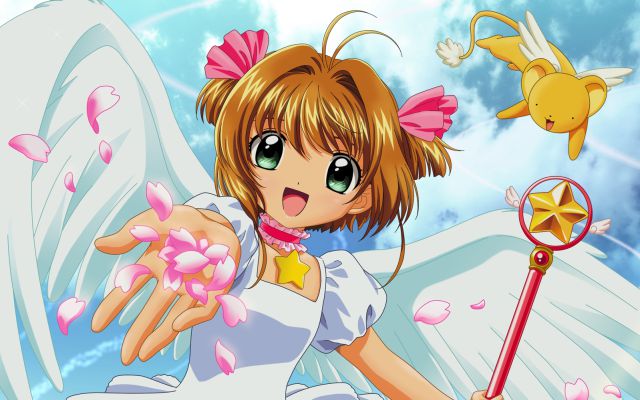 The manga group Clamp was a personal favorite of mine back in the day. It was rare to find a circle of artists made up entirely of women who created manga specifically for girls. “Cardcaptor Sakura” is an anime adaptation of one of Clamp’s most beloved manga series.

Sakura is a typical 10-year-old girl who stumbles upon a book of magical cards and is tasked with saving the world. Like many 少女 (しょうじょ) — “shōjo” or “girls'” anime, there tends to be a lot of fast-paced dialogue between multiple characters and a bit of youth slang.

However, the Japanese spoken isn’t very complicated. Plus, this anime can give beginner learners a feel for how Japanese is spoken by young people as opposed to adults. Japanese sounds different among various demographics of Japanese people, as kids, teens, adults and the elderly use different speech patterns (just like in many other languages). Watching characters of varying maturity levels can help beginners get an ear for how different people speak Japanese. Yay fluency!

As an added bonus, you can compare the language from the original show (which first aired in 1998) to the language spoken in the recent remake (which began airing in 2018). How has the language changed over time? 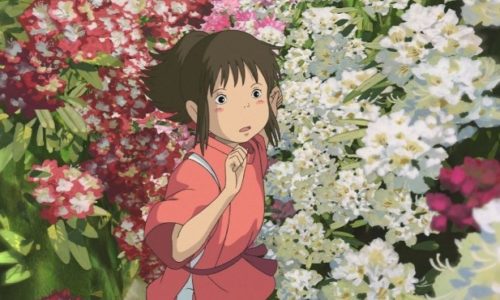 “Spirited Away” is one of Studio Ghibli’s most widely beloved films of all time and for good reason. Not only is it visually breathtaking, the coming-of-age story and themes that criticize capitalism, greed and pollution are also beautifully orchestrated.

The film is about a young girl named Chihiro who is literally 神隠し (かみかくし) — spirited away, or taken away from the human world into the spirit world.

“Spirited Away” has minimal dialogue and is fairly easy to understand. The unique variety of voice actors can help beginners pick apart Japanese vocabulary words that may be spoken with varying accents and styles—can you find any language differences between the very young Chihiro and the very old Yubaba?

For an additional glimpse at the way language works, try watching the English dubbed version as well (with its star-studded cast of voice actors) and compare it to the Japanese. Notice how the English version often uses non-literal translations of the Japanese in order to better convey the feel (rather than the meaning of the words).

These anime series and films contain dialogue at just the right level for intermediate learners to keep up with: Not quite accessible enough for beginners and a little too easy for advanced learners. We strongly recommend watching them with Japanese audio and subtitles to enhance your learning. 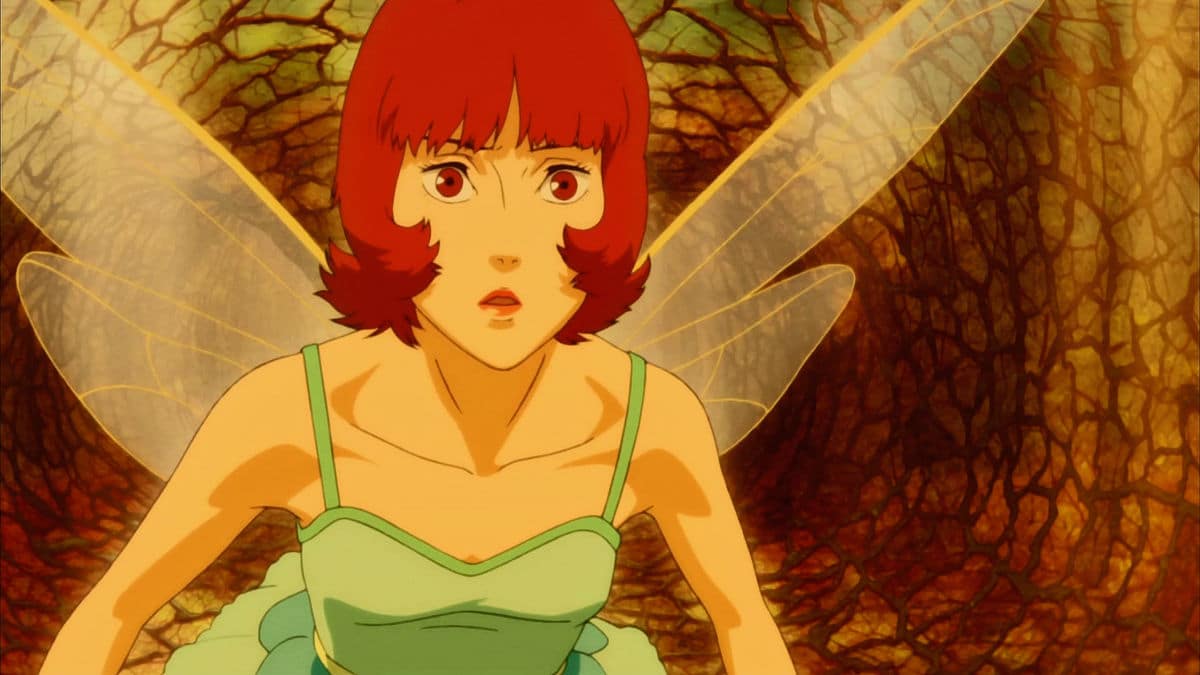 The late Satoshi Kon directed some of the greatest (and, admittedly, strangest) anime films before his untimely death in 2010. “Paprika” was one of his best.

The ultra-surreal film takes place in a future where a newly developed form of dream therapy allows doctors to enter patients’ dreams. The film quickly crescendos into a world where the line between dreams and reality becomes blurred.

“Paprika” has quite a bit of dialogue and is pretty abstract as a whole, but the vocabulary used isn’t extremely difficult to keep up with. Intermediate learners can benefit from the challenge of seeing how that vocabulary is used in a lot of the nonsensical surreal statements that characters make throughout the film. Don’t be intimidated by the language and give this one more than a single watch—it makes more sense the more you watch it (really!).

Watch it here: Amazon (digital format to rent or buy). We suggest watching “Paprika” with both Japanese dialogue and Japanese subtitles for intermediate learners. 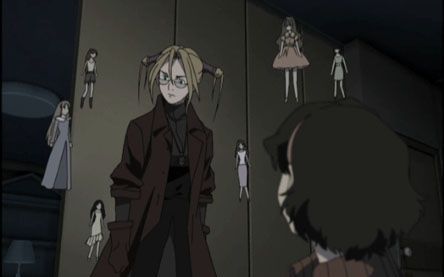 “Witch Hunter Robin” is an atmospheric anime series with a moderate amount of dialogue. It’s an engaging and unique watch for the intermediate Japanese learner.

In “Witch Hunter Robin,” a fictional global organization quite literally creates a massive “witch hunt” to eradicate powerful witches from the planet. The series follows one witch employed by the organization, Robin, and her increasing unease with killing her own.

The dialogue in “Witch Hunter Robin” might not be too complicated, but it does use a lot of 外来語 (がいらいご) — loan words, or words taken from English and transliterated into Japanese. These words are very common in modern Japanese, so watching “Witch Hunter Robin” can help intermediate learners get a sense of how the language actually sounds, and its tendency to borrow words from other languages. 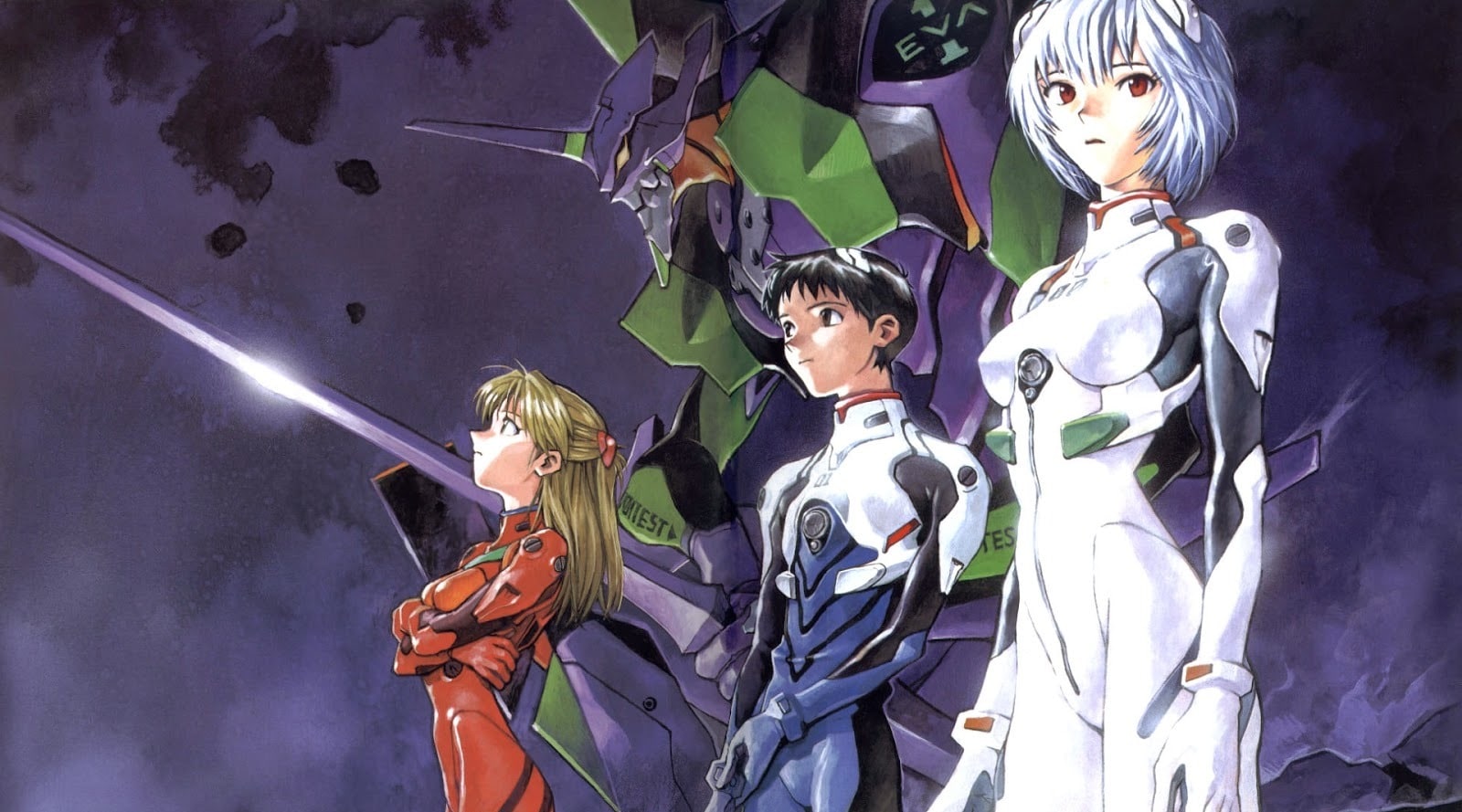 “Neon Genesis Evangelion” is essential viewing as it’s one of the most well-known anime in the world. The series follows a group of children are responsible for fighting alien forces in giant mecha (mechanical robots piloted by humans). It’s an action-packed series, but the themes it explores are what really keep viewers engaged.

“Neon Genesis Evangelion” has quite a variety of accents. For example, the character Toji has a noticeably Osaka-ben accent while other characters have very formal city accents. Understanding inflection and noticing the differences between the dialects is a good way to get a deeper understanding of the nuances of the Japanese language.

Watch it here: Amazon (DVD). (Unfortunately, it’s difficult to find the Japanese-subbed version of “Neon Genesis Evangelion” outside of Amazon.) 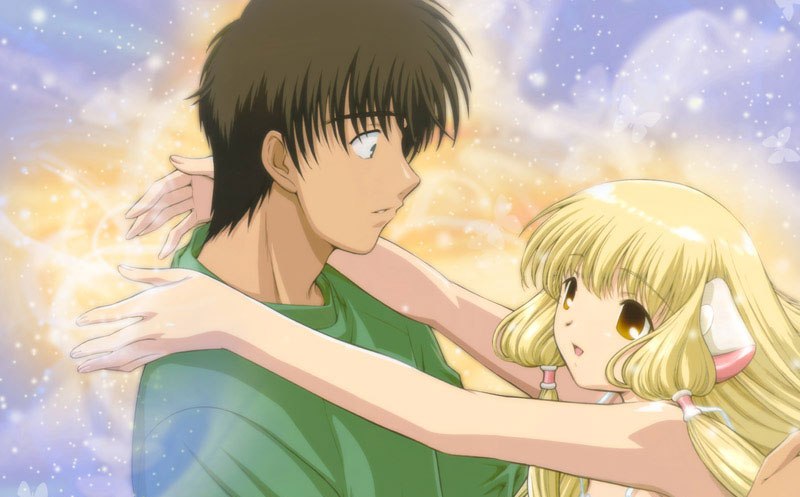 Clamp makes the list again with “Chobits,” a science fiction rom-com anime about a young man who finds Chi, an abandoned パソコン (ぱそこん) — persocom, or humanoid android. Together, the two try to find Chi’s origins. The show explores the complex and often strange relationship humanity has with technology.

“Chobits” is a “shōjo” anime at heart, so don’t expect a ton of complicated vocabulary. However, at times the Japanese spoken is very fast and things can get a little too advanced for beginner learners. The show also uses plenty of vocabulary revolving around relationships, love and friendship—perfect listening practice for intermediate Japanese learners who want to know how to carry on a conversation or express their feelings.

These anime series are all voiced in their original Japanese and have heavy dialogue. Advanced learners should use Japanese subtitles, or even no subtitles, to really brush up on Japanese fluency. 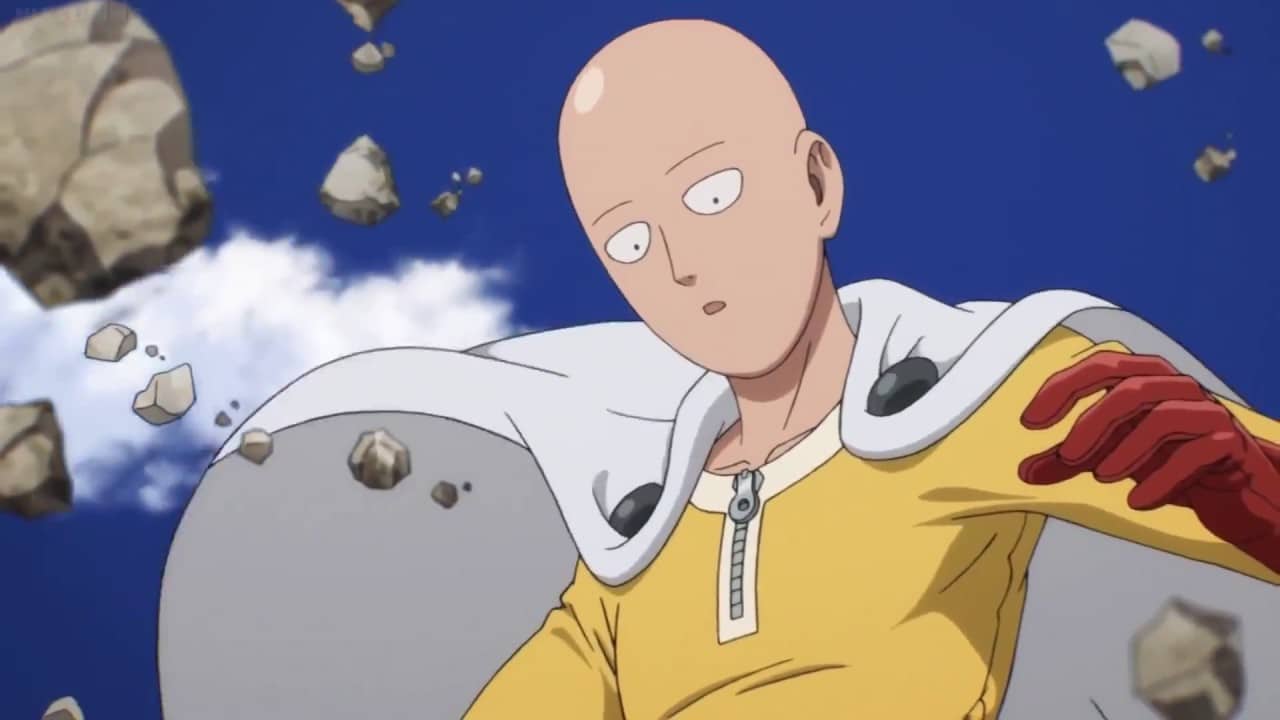 “One Punch Man” is a superhero comedy anime. The series trails the adventures of Saitama, a bald superhero with incredible powers who struggles to find a worthwhile opponent.

If you have a Netflix account, you can find the Japanese-audio anime there. Unfortunately, though, Netflix’s version of “One Punch Man” only boasts English subtitles. We suggest watching subtitle-free and working on your listening skills in Japanese, as the show is dense with dynamic dialogue perfect for advanced learners. 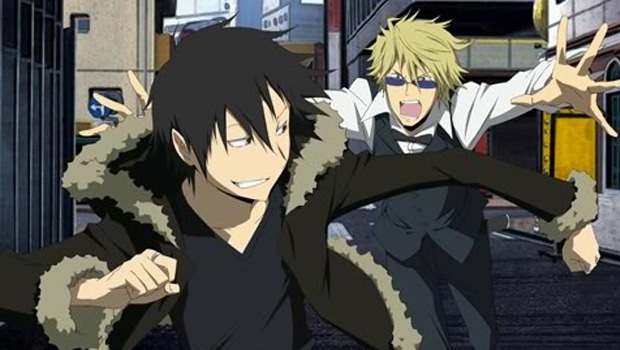 There’s quite a bit of dialogue and modern Japanese slang to keep up with, so use “Durarara!!” as an opportunity to work on your vocabulary. The cast of “Durarara!!” boasts characters from all over the place (like an Irish spirit of the undead and a dark-skinned, Japanese-speaking Russian man), so you can also use this anime to hear different dialects and speaking styles.

Notice, also, how different characters interact with each other using varying styles of speech depending on who they’re talking to. Watch this show for a glimpse at how versatile and varied the Japanese language is. 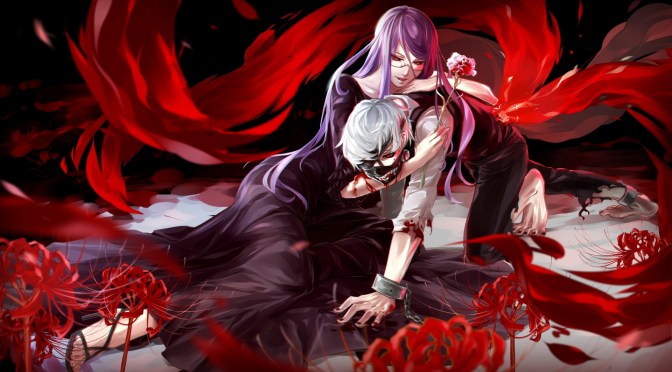 If you’re a fan of dark and spooky anime, “Tokyo Ghoul” is a great one to try out. The series takes place in a universe where human-eating monsters called “ghouls” lurk in the shadows and half-ghouls struggle to exist between both worlds. Be warned: This one gets bloody!

“Tokyo Ghoul” is available on Funimation’s website, but they unfortunately don’t offer Japanese subtitles. Like with “One Punch Man,” the heavy dialogue would benefit advanced learners’ listening skills and going without subtitles altogether could be a helpful challenge.

The show explores the meaning of being human and contains many references to the darker aspects of the world, and the dialogue can get philosophical and almost poetic at times. A solid grasp of Japanese is definitely a must for this one, especially if you plan to watch without subtitles. 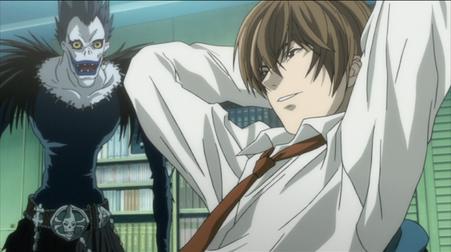 The incredibly popular “Death Note” is a crime thriller anime about a young sociopath who comes into possession of a God of Death’s notebook. This notebook allows him to kill anyone he wants in any manner just by writing their name and cause of death in the book.

It’s a great show with unexpected twists and turns. The dialogue and situations get very complex very quickly, so you’ll need to listen closely to understand what’s happening. Be on the lookout for words relating to good and evil, life and death and a surprising amount of food vocabulary. The first season’s available on Netflix without Japanese subtitles, making it another good choice for opting out of subtitles for an extra challenge.

How Can Anime Help Me Learn Japanese?

Watching anime is fun and educational! Here are some ways anime can help you learn Japanese at any level:

Learning Japanese as a non-native speaker is a long and rewarding journey. With a little bit of anime entertainment and a lot of hard work, you’ll be on the fast-track to fluency in no time. What’s better than having a little bit of fun and binge-watching a new animated show along the way?

Bookmark your favorites from this list and 出航 (しゅっこう) — set sail!