Choose a topic. Any topic.

Science? There’s an anime about that.

Introverts? Yep, there’s an anime about those.

A girl who turns tiny and literally becomes her crush’s right hand? You’d better believe there’s an anime about that. (Yes, really. And it’s surprisingly not terrible.)

Whatever you’re interested in, chances are there’s an anime about that. That makes it easy to find a show (or ten) that you can enjoy while you learn.

Watch enough anime and you’ll start picking up on some words and phrases.

And if you watch actively for the purpose of learning, you’ll be adding an indispensable tool to your Japanese-learning arsenal!

The Pros and Cons of Using Anime to Learn Japanese

First things first. Let’s get the obligatory caveat out of the way:

Japanese grammar is quite complex and structuring a sentence correctly isn’t as easy as it may seem. There are rules which must be followed and those rules are hard to grasp just by reading subtitles and listening.

For example, you might miss the fact that verbs ending with む (mu), must change their last syllable to ん (n), before adding a past-tense suffix. These kinds of concepts can only be learned with a good book, a great teacher or a language exchange friend.

And here’s where I get positive again: But anime is still a great way to learn Japanese.

I’m not saying it’s impossible to learn Japanese with anime. I’m saying you need to use it as a supplement, along with other learning methods.

Some of the things you can learn from anime include:

See? Anime is great! But I bet you already knew that.

How to Learn Japanese Vocabulary with Anime

Remember how I said there’s an anime for every imaginable topic? I really meant it! That means you can choose a show that you’ll absolutely love. Picking the right one to learn with can make all the difference.

Spend some time browsing anime on streaming websites like Netflix and Crunchyroll for an anime that’s: 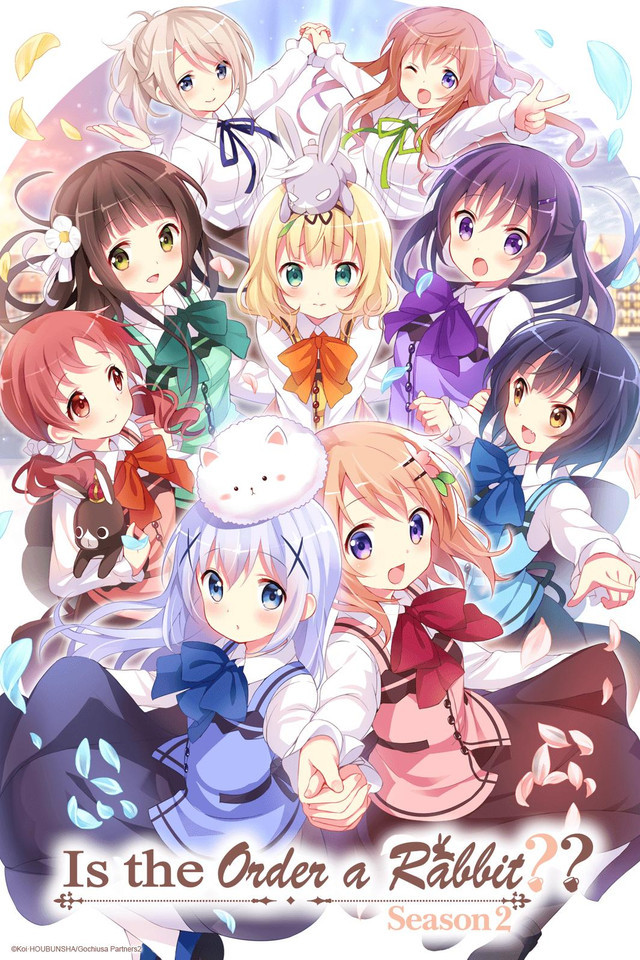 In other words, if you want to learn some beginner conversational skills, you might want to check out an anime like “Is the Order a Rabbit?”

If, on the other hand, you really want to learn Japanese for gambling (hey, I’m not judging), you’d prefer a show like “Kakegurui.”

See how different they are? So make sure you choose wisely!

In anime, it’s not unusual to see a character who keeps repeating one phrase or word in every sentence. This isn’t normal in the Japanese language. It only appears in anime, in order to give that character a certain appeal.

Don’t misunderstand, these words are used in the Japanese language but spamming them and using them all the time is unnatural.

Japanese is a very polite language and you can easily seem rude if you don’t know what you’re saying.

Anime often overlooks the politeness aspect because the characters are mostly good friends or fierce enemies so there’s no need for formal talk.

But if you intend to talk with someone from Japan, make sure to check up on the formal and informal types of speaking. Avoid making your new friend feel uncomfortable!

If you love the language, don’t allow yourself to give up when it gets hard.

Starting studying via anime is a great introduction to Japanese and it can even be sufficient for tourist trips to Japan, if you don’t mind being a bit grammatically incorrect.

Either way, keep at it and don’t give up on the language!

Learning a new language should primarily be fun because that speeds up the process a lot. If you find it boring, just relax (take it easy!) for a while and do something else.

After some time, your love for the language will undoubtedly burst into flames again and you’ll continue with the same passion as before!

Pick Up on Common Words and Phrases

The easiest things you can learn from anime are the most basic language aspects.

These consist of three main groups:

You’ll probably learn a lot of these fairly quickly because they’re repeated many times. Believe it or not, just from watching anime for a while, you’ll start to understand certain simple sentences without even realizing it.

Some of the first words and expressions you’ll encounter in anime include:

お兄さん (おにいさん) — Brother, or a young man a little older than the speaker

Of course, the most memorable part of learning a foreign language is the bad words. Luckily, in anime they usually aren’t very vulgar, so we can mention a few of them as well:

*all of these mean “you” but in quite a rude manner.

How do you learn more new words and terms? Watch anime with a pen and paper on hand. When you hear a phrase or word repeated a few times, write it down. Look everything up at the end of each episode.

You’ll now have a solid vocabulary list and you’ll associate the words with the anime, which will make it easier to file them away in your long-term memory.

I think we can all agree which part of any anime is the most catchy: the opening and ending credits songs, of course.

More than 15 years have passed since I watched it for the first time, and yet I clearly remember the melody and rhythm of the “Digimon” opening and ending theme. Had I learned the words back then, I’m sure I would still remember their meanings to this day, too.

You understand what I’m getting at with this: the lyrics.

If you memorize the song lyrics and read their translation, you’ll be drilling them into your mind in a memorable way. I’m in college now and I still refer to the “Rurouni Kenshin” opening theme lyrics on a regular basis.

Catchy songs are hard to forget, and almost all the songs in anime are catchy. More importantly, they quite often use mid-level, or even high-level vocabulary.

Just by learning the words to a song, you’ll be bumping up your skills significantly!

Let’s find some interesting words from the opening theme of “Dragon Ball Super.” The song is pretty short, catchy and it seems simple enough, so there shouldn’t be any big words in it, right?

Here are some words you can learn from this deceptively simple song:

This one’s often heard in anime, especially in phrases such as もう限界だ (もうげんいだ) — I’m at my limit. Literally meaning “the limit already.”

This is an especially interesting word: literally, it means something like a “warrior’s fever.” It’s the sensation of eagerness that a warrior feels right before going to a battle.

Now you understand what I was talking about. This kind of vocabulary is far from simple or plain but even so, it’s quite easy to grasp and learn quickly. And this is just the one example.

So grab the lyrics and translation, crank that volume to the max and get learning!

Out of all our tips in this blog, this part is the most difficult. And yet, it’s still ridiculously easy! 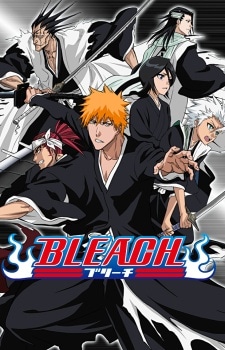 Back before I was in high school and I knew almost nothing about the Japanese language, I loved watching “Bleach” (the anime, not the household cleaner).

In this anime, a bunch of death gods are divided into squads like an army, with captains in charge of the squads and lieutenants as their assistants (I told you there’s an anime about literally everything). All the captains wear special robes called haori, and each one of them had a weird mark on the back.

I didn’t know what in the world that mark meant. Despite not understanding, I unwittingly memorized all these marks just from seeing them so often.

It turns out these were numbers, and thanks to “Bleach,” I now knew how to count in kanji.

My point is this:

Recurring writings in anime are a great tool for studying the Japanese writing system. Of course, kanji are perhaps too complex to learn from anime, but hiragana, katakana and numbers are very well-suited for the task.

You’ll find them in the opening titles, during the ubiquitous transfer student introduction when they write their name on the board in school, karaoke text at the opening or ending theme songs and in many other places. All you have to do is look! 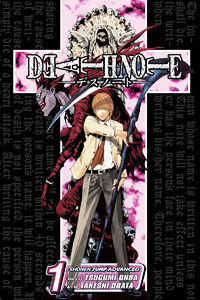 For example, take a look at the title logo of “Death Note.” See how there’s something under the big letters? That’s katakana, and you’ve just learned four Japanese letters!

The lines are there to indicate a long vowel (no becomes nou, to becomes tou, and so on).

What about hiragana, the other Japanese letter? Go ahead and glance at the title of “Hataraku Maou-sama!” and the first four letters of it. 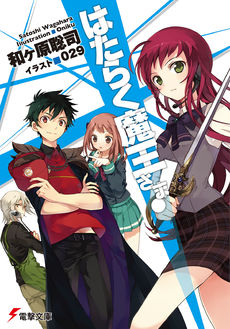 Put them together, and you’ve learned a word, too: はたらく — work (or, in this specific case, “part-timer”).

Just pay a little bit of attention to these and you’ll be writing texts to your friends in Japanese before you know it!

Student at the Faculty of Philology Belgrade - Japanese Language, Literature and Culture. Chess player, comedian, enthusiast, chef, always the challenger, never a loser (ok maybe sometimes) Father of Dragons (had a bearded dragon pet so that's that). Come to Serbia and taste the best food in the world !