Overflowing with confidence, you roam the streets of Japan ready for your first meaningful interaction with a native speaker, finally asking a Japanese person where the hobby store is.

“知らん” (しらん- I don’t know), he answers before vanishing into the crowd.

You try to recall any grammatical form that resembles the words. Maybe you got it wrong.

Well, you didn’t. You just stumbled into a Japanese speaker of a particular dialect (Hakata Ben).

What Is a Dialect?

According to David Crystal, one of the most celebrated linguists of our time, a dialect is any variety of a language, including the standardized version. A dialect is also any language that is socially linked to a specific region, generally accepted to be derived from a national standard language.

Japan has a lot of dialects. Considering the length of time the island has been inhabited, the mountainous mainland that serves as a natural barrier, the isolation from all external affairs until the late 19th century, and the internal isolation of the numerous shogunates; the existence of so many dialects shouldn’t come as a surprise. The main differences between the dialects are generally matters of pitch accents, use of inflections, vocabulary and the use of particles. There are instances where they differ even in how they use vowels and consonants. You might even find that what passes for formal and informal Japanese in one dialect sounds different in another.

There is a main distinction between the different Japanese dialects. They are divided into two major types: the Tokyo-type (東京式/とうきょうしき) and the Kyoto-Osaka type (京阪式/けいはんしき). As you can probably guess, it is a division based on the northern and the southern dialects. Thus, there are numerous subdivisions shaped on each particular region. The dialects belonging to these two groups are, to a large extent, not deriving from the standard dialect.

There are dialects from peripheral regions that may be incomprehensible to speakers from different parts of the country. There are even mountain villages or isolated islands that speak dialects deriving from Old Japanese. Imagine that!

But don’t worry—we are not going to study Old Japanese. Instead, we will explore some of the differences between the major Japanese dialects. Just enough to know when you are talking to a cheerful guy from Hokkaido or a natural born comedian from Osaka.

Today, it is the form taught in schools, used on television and official communication. Due to this modernization, speakers of regional dialects experienced a sense of inferiority. After World War II, the rise of the already inflated Japanese nationalism led to a push for the replacement of all regional varieties with the “common language.”

The conversion was far from successful. Yes, Standard Japanese is the primary language taught in schools and used in all official matters. However, as difficult as it was for the regional varieties to cast out this sense of inferiority, they are now considered something more valuable: a token of the past, a nostalgic memoir, a verification of local identity.

It is no longer shameful to speak in your dialect, as it was in the past. Young people are even beginning to create their own Creoles—distinct regional speech form—based on the regional dialect, like the Japanese spoken in Okinawa, for example.

In the next few paragraphs, I will give you some of the basic differences between the Standard Language and seven of the most widespread varieties. Get ready for some funny Japanese speech patterns. 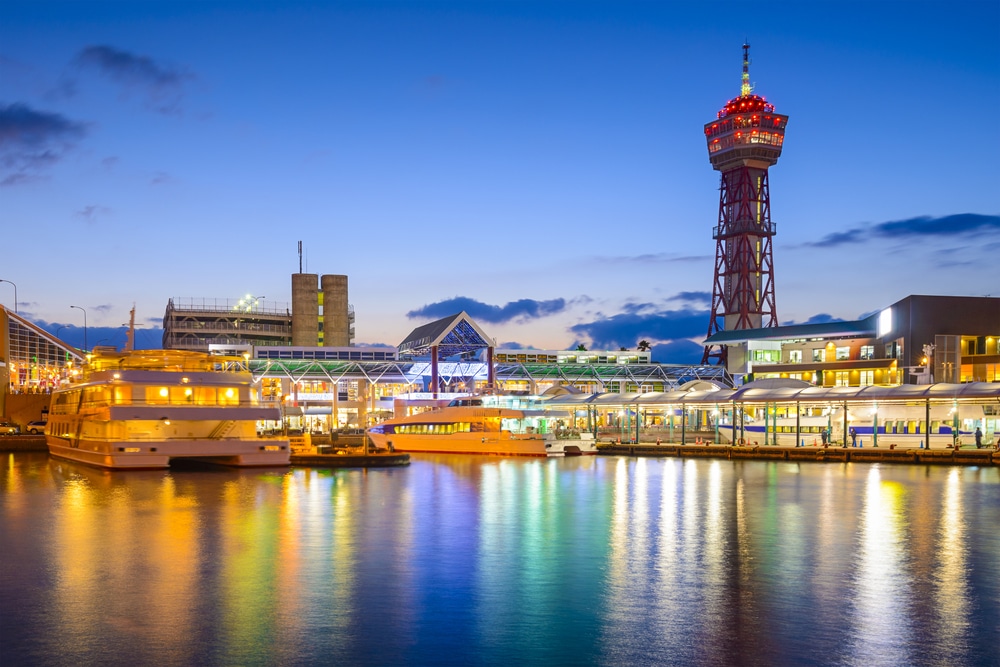 The Hakata dialect (博多弁/はかたべん) is spoken in and around Fukuoka city. It is sometimes called 福岡弁 (ふくおかべん), due to its increased popularity as the typical dialect of Fukuoka and its suburbs. Lately, the dialect is used in regional news along with Standard Japanese. 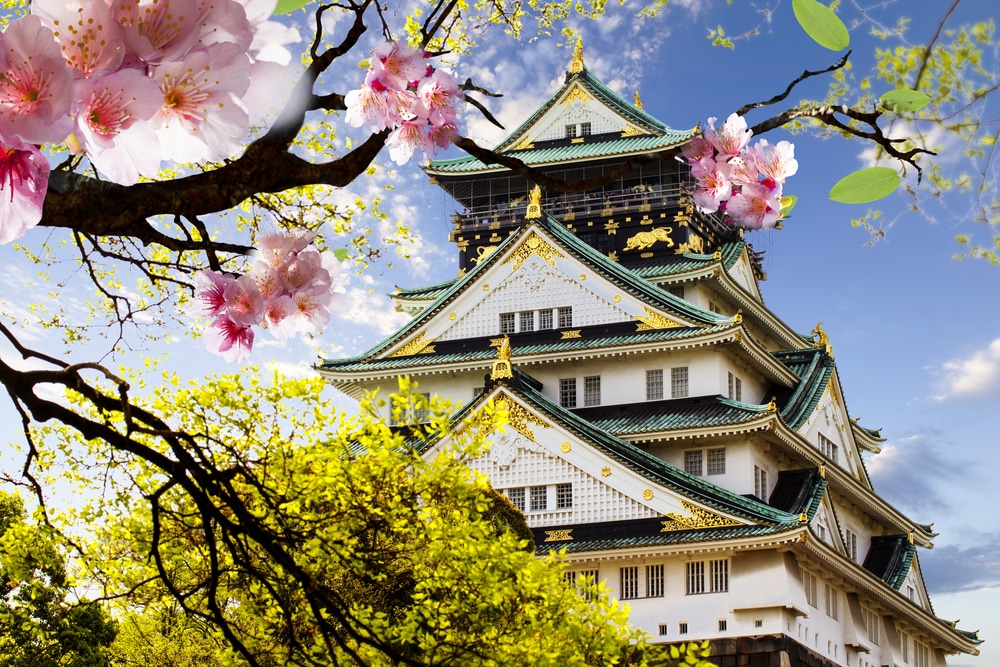 The Osaka dialect (大阪弁/おおさかべん), more commonly known as part of the Kansai dialects (関西弁/かんさいべん) is spoken in the Kansai region. In this area, almost everyone is speaking a dialect.

Osaka-ben is characterized as a more melodic and harsher version of Standard Japanese. The thing you might first notice when you hear a person from Osaka speak is that they easily omit the particles. 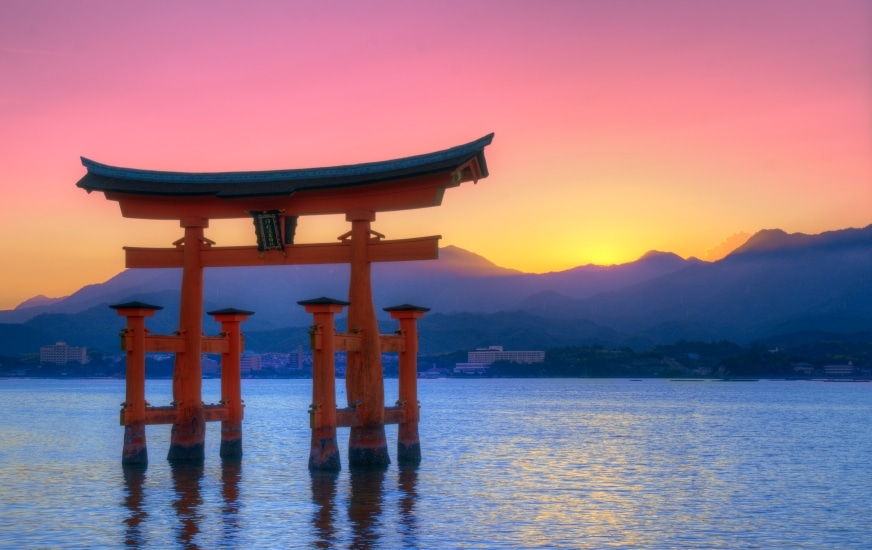 Back in 1974, there was a movie called “The Yakuza” (Kudos if you know it). This movie used the dialect native to the Chugoku region.

Ever since, the local dialect is commonly associated with the Japanese mafia, which is unfair, I know. Part thanks to the movie, the Hiroshima Ben (広島弁/ひろしまべん) is one of the most recognizable Japanese dialects. 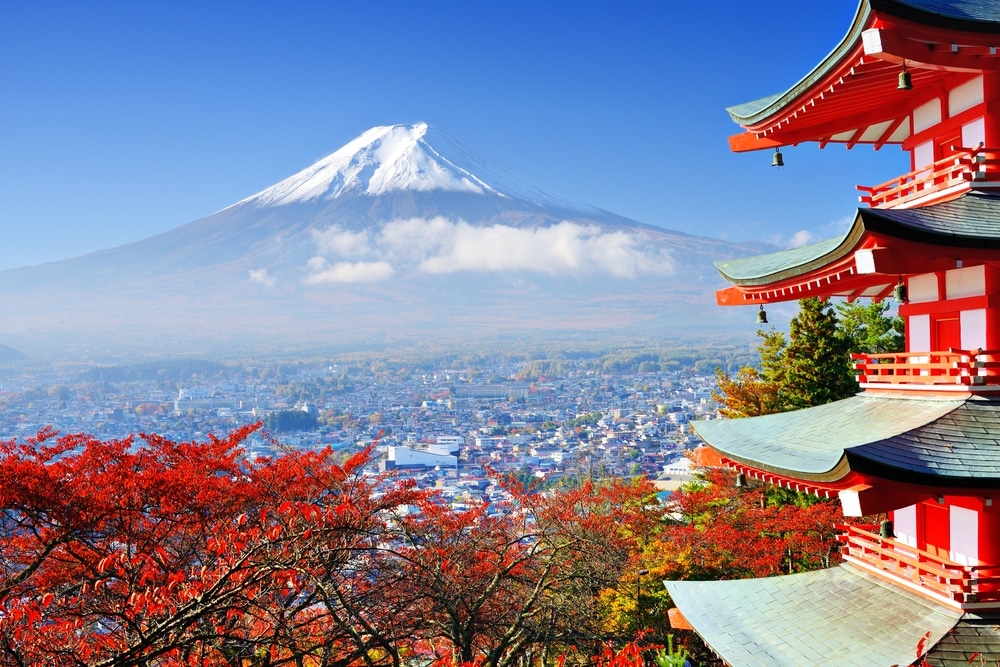 The Kyoto Ben, the traditional dialect of Kyoto, is known for its softness and politeness. Due to its connections with the Geisha culture, is sometimes considered as feminine and elegant.

Kyoto Ben used to be the Standard form of the language until the Meiji Restoration. Thus, many speakers of the dialect are very proud of their distinct accent. 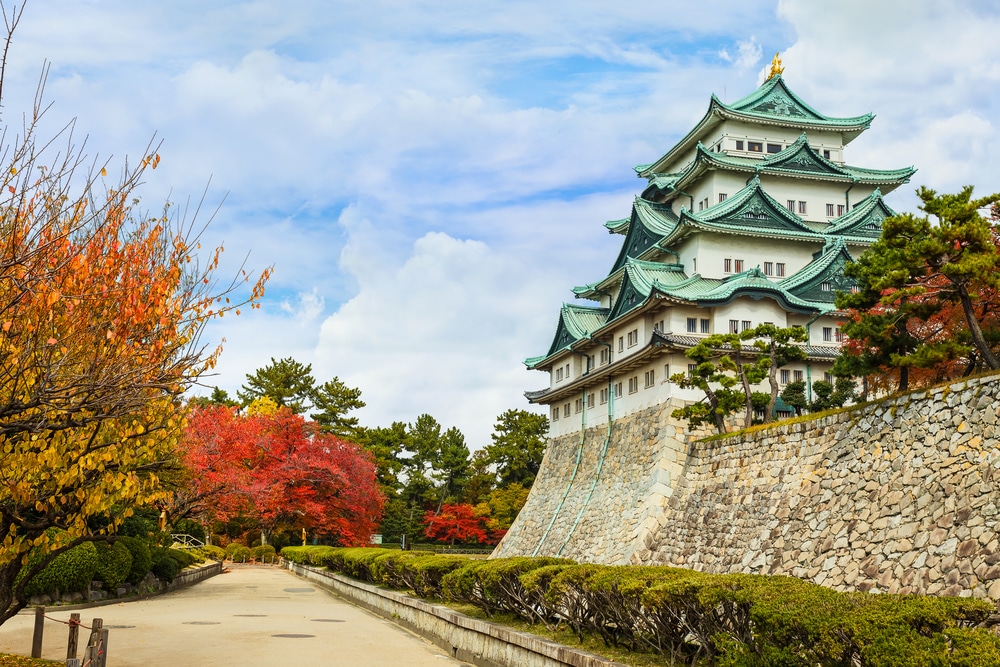 I think you’re getting the pattern of my dialect overviews. So let me hear you (in the weird Dora the Explorer voice): Where is the Nagoya Ben (名古屋弁/なごやべん) spoken? You guessed right: In Nagoya City of the Aichi prefecture.

The dialect is a mixture of both eastern and western Japanese dialects, due to the geographical position of Nagoya. Even though the accent is pretty close to standard Tokyo accent, speakers of Nagoya Ben are more than often characterized as speaking like a cat. 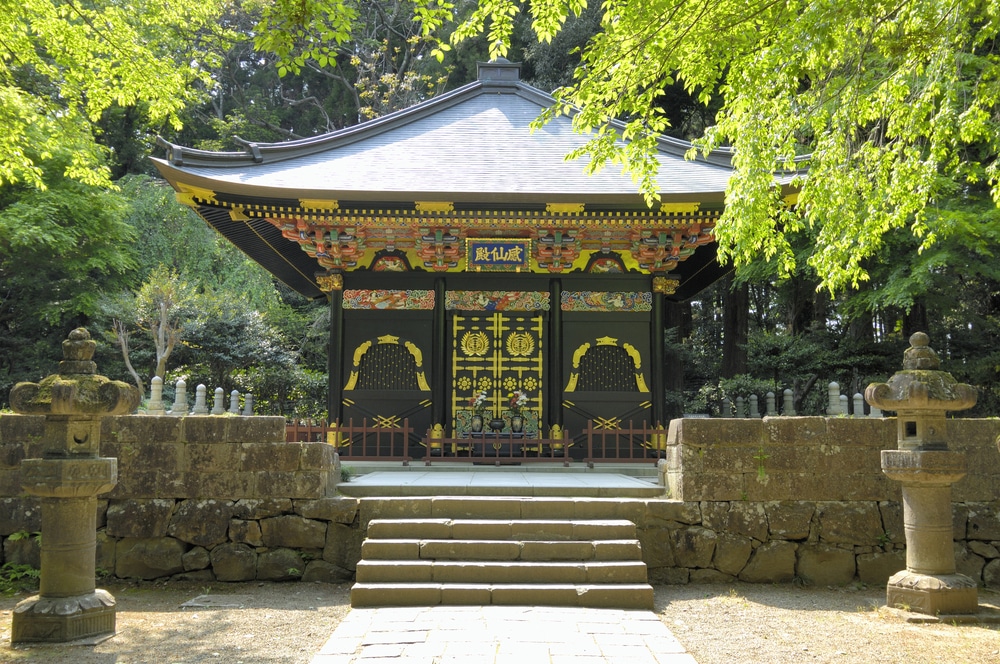 Sendai Ben (仙台弁/せんだいべん) is part of the dialect group Tohoku Ben (東北弁/とうほくべん), spoken in Tohoku region. Sendai is the capital city of the Miyagi prefecture.

The Sendai Ben is the closest of the Tohoku ben to the standard form of Japanese. Closer to Hokkaido, the regional dialects are so different, subtitles may be needed with mainstream media. 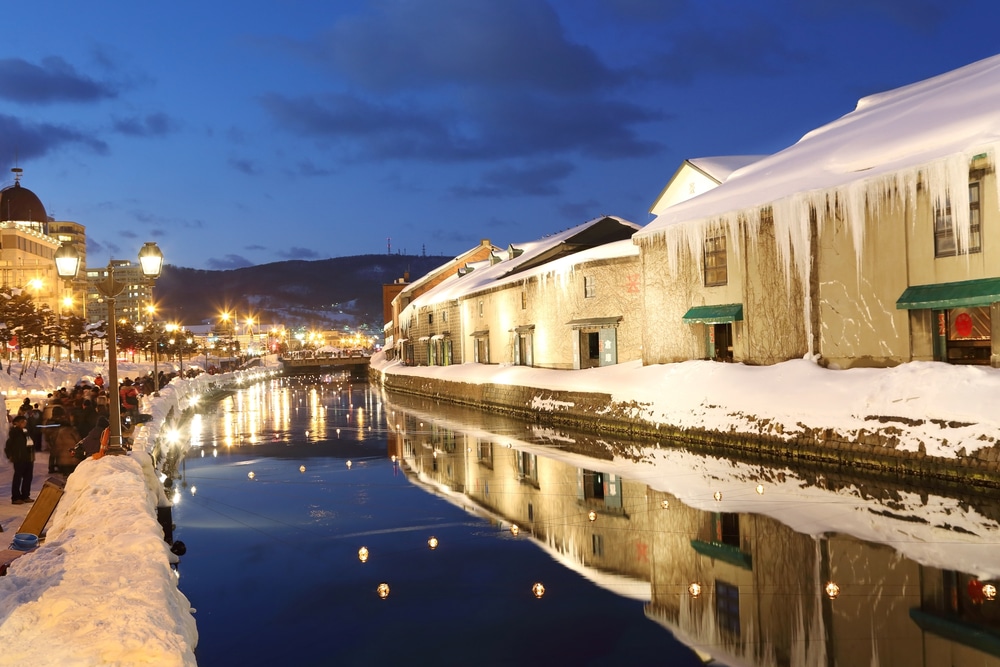 The island of Hokkaido was settled recently. After the Meiji Restoration, people from the Tohoku and Hokuriku regions migrated to Hokkaido and created a unique amalgamate dialect. Thus, Hokkaido Ben (北海道弁/ほっかいどうべん) is a mixture of different varieties with a set of distinct characteristics.

A Dialect or Not a Dialect?

By now you should have a rough idea of the major Japanese dialects. Do not forget that not all differences in the language are due to a dialect. People use slang words, change their vocabulary depending on the context, omit particles and change their speech pattern.

But next time you find yourself in Japan, or even watch a Japanese movie, you might notice that strange inflection and tell a friend: “Hear that weird ending? That’s because he is an Osaka-jin.” Imagine that.

If you are ready to hear some of these dialects out in the wild, FluentU can be a helpful resource. The platform pulls videos from all over Japan, using them to create an immersive learning program. These are the kinds of videos that native speakers are watching, so you can easily see a movie trailer for a movie set in the Kansai region, or a clip from a popular TV show where the characters speak Hakata-ben.

The videos also have interactive subtitles, so you won’t miss any word being said, even if it’s in a dialect you aren’t familiar with. You can then add these words to your own personalized vocabulary list and review it often with multimedia flashcards and custom quizzes.

Thanasis Karavasilis is a writer and lover of stories who was educated to be a teacher of English. He spends his time between worlds and inside pages; written or otherwise. You can get a glimpse of his adventures somewhere inside his hideout.

Thanasis Karavasilis is a writer and lover of stories who was educated to be a teacher of English. He spends his time between worlds and inside pages; written or otherwise. You can get a glimpse of his adventures somewhere inside his hideout.