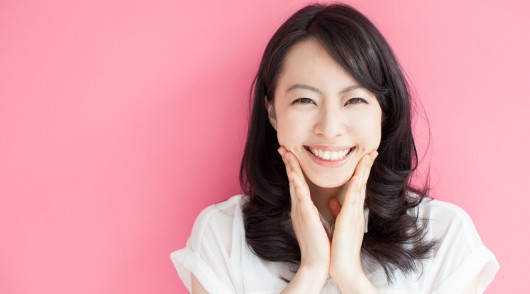 Did you know that grunting is a natural part of Japanese conversation?

There’s a lot at stake.

If you forget to utter that “un”, “hai!” or “sou?”, then your silence could be interpreted as lack of interest or even disagreement.

On the other hand, a well-placed “sou” could really go a long way in establishing rapport.

Hopefully, this post can help you get the most out of aizuchi.

From a young age many of us are taught not to interrupt someone while they’re speaking. For example, my kindergarten in the United States had a special totem stick which allowed its holder to talk. If any other students tried interjecting without the stick in hand, then they’d be scolded by the teacher and the whole class would be reminded that only one person could talk at a time.

This, however, is completely opposite in Japan, as popular video blogger Micaela explains:

Instead, to show someone that you’re interested in what they’re saying, or that you understand them, we use aizuchi (相槌).

Aizuchi consists of frequent interjections throughout a conversation to indicate that we’re listening attentively to whatever the speaker is saying. Aizuchi is similar to saying, “uh-huh,” “yeah,” “really,” “I see,” “I get it,” “right,” and so on.

Perhaps you already use some of these interjections in conversation. While your friend is retelling you that tale about slaying a beast single-handedly in the arctic, you might nod a few times or throw in a surprised, “No way!” or “What happened next?”. Aizuchi is similar, but it’s relentless. As the listener in a conversation, you might find yourself doing just as much talking as the speaker. In fact, according to renowned linguist Laura Miller, Japanese listeners interject with aizuchi two or three times more often than English speakers do!

Without aizuchi, the speaker might think you’re uninterested in what they’re saying, or a bit distant.

“But that doesn’t make sense,” you might say, “I’m looking the person right in the eye while they’re speaking.” Sometimes nodding and staring directly at the person just doesn’t cut it. In fact, the speaker might become more frazzled and continuously ask you if you’re listening and can understand them! Sound familiar? I’ve been in this scenario more times than I can count!

Even if your Japanese buddy is speaking to you in English, they might wait for an expected “mmhmm” at the very least. I have plenty of Japanese friends who use aizuchi in the English language classroom to their teacher, or coworkers who use it while we’re chatting in the office.

Similarly, if you’re talking on the phone and don’t use aizuchi, then a conversation might be full of, “Hello??” “Can you hear me?” “Are you there?” Next time you hear someone on the phone, try to listen in for aizuchi!

So now that you now what aizuchi is, and how to use it, you’re ready to rock it! The most common aizuchi are:

はい： “Hai” is one of the most common aizuchi words to hear.
You’ll hear it used heavily in formal situations, or with female speakers.
It can be used to say, “yes,” “uh-huh,” and “okay”.

ええ： “Ee” is also very common, and can be used by ladies who are familiar with each other, or in a familiar setting.
It’s similar to saying, “yes,” “that’s right,” and “gotcha”.

In English, we often relate “yes” with agreement. Although you might necessarily agree with what another person is saying, you still use はい, ええ, and うん to induce that you’re listening to the speaker.

You can leave disagreement to facial expressions  —  but it’s important not to interrupt with your opinion unless asked. If you strongly oppose what’s being said, then there is a silent way that you can indicate this: Inhale a sharp breath through your teeth to create a slight ‘hiss’. Think of the sound that you make when you witness someone injuring themselves.

If you’re in Japan, or watching a Japanese television drama then you might see this done in conversation. In a heated argument, someone might take a sharp breath and turn their head away for a brief and dramatic moment instead of nodding with a typical aizuchi.

そう： “Sou” is a short and sweet way to say, “I see.”  You may hear, “そうそうそうそうそう” repeated quickly by the listener.

そうですか： “Sou desu ka” can be used in formal situations. The slightly less formal そうですね (sou desu ne) is acceptable as well. These mean, “I see,” “Is that so?” and “That’s it, huh?”.

へえ：”Hee” (pronounced like “hey”) is a common way to show shock or surprise. Use it like, “really,” “huh?!” “no way,” or “get out!” The meaning can vary depending on your tone: A simple nod and soft “へえ” will loosely translate into something like, “Oh, really,” while a long and exaggerated “へえええ?!” will sound more like, “No way!” or “Get out — seriously?!”

本当に：”Hontou ni” is the ever popular ways to say, “really” or even “seriously?”. Similarly, you can use 本当ですか (hontou desu ka) as a polite way to ask, “Is that so?”. Think 本当に and 本当ですか as the responses you’d get from your mother after telling her about that heavy metal band you love: “Oh really? That’s nice, dear…”

The Art of Listening

I hesitated to use azuchi at first. In my household, my siblings and I were raised to never interrupt someone — especially if that person was older than us. When I first began incorporating aizuchi into everyday conversation, I started with a nod: silent and attentive. As mentioned earlier, a nod will not always suffice. I then began to slide in small “うんs” and そうs” when talking to friends. Eventually, I worked my way up to longer and more natural aizuchi.

When you listen to a Japanese speaker talk, you may hear short pauses in mid-sentence, or after a thought has been completed.

しかし私がまさにカメラをつかんだとき、[pause] 鳥はぱっと飛び出してゆきました！[pause]
But just as I got my camera, [pause] the bird suddenly flew off! [pause]

These pauses are great for throwing in a quick, “はい” or “へえ”! Listen for them in conversation, TV interviews, or in the classroom. You’ll begin to recognize them easily.

How to Respond to Aizuchi

If you’re like me, and aren’t used to being interrupted or have someone interject while you’re talking, then aizuchi can take some extra time to get used to. Many of my conversations grew awkward after I stopped talking or apologized for interrupting after someone would interject with an understanding “はい” or ”そうですか” while I was talking. I found it rude to talk over them, or continue talking. If you’re in the same boat then you can try three things:

Incorporate natural times to pause while you’re talking.
Try it before or after you say “and,” “but,” “however,” “so then,” and so on:

If you didn’t pause, but someone still inserts an aizuchi into conversation, you can reply with a quick “yeah,” or “right?” and continue:

Lastly, you can simply continue what you’re saying when you’re presented with an aizuchi. A quick nod will also suffice as you continue to list reasons as to why cat cafes are the best, or reenact your favorite experience in Japan.

Recognizing aizuchi and incorporating it in everyday conversation can really help you while learning and communicating in Japanese. It’s one more culture difference that you can understand and embrace. Now that you know what aizuchi is and can successfully use it, get out there and give it a try! Good luck!

If you’re learning Japanese aizuchi, then I would be remiss not to tell you also about the FluentU.

FluentU makes these authentic Japanese videos approachable with interactive transcripts. Tap on any word to look it up instantly.

All definitions have several examples, and they’re written for Japanese learners. You can add words you’d like to review to a vocab list.

And FluentU’s learn mode turns every video into a lesson. You can always swipe left or right to see more examples.

The most interesting part is that FluentU keeps track of your vocabulary. It recommends content and examples based on the words you’re learning. You’ll have a 100% personalized experience.

The FluentU App is now available for iPhone and Android, but it’s also accessible as a website that you can use with your computer or tablet.