The 6 Best Japanese Movies on Netflix for Language Learners

With the wealth of foreign cinema and television there, Netflix is opening our eyes to international video content on a whole new scale.

But when I compared how much time I spent watching movies and “It’s Always Sunny in Philadelphia” with the relatively pitiful amount spent with Japanese study materials, I realized I wasn’t fully taking advantage of my subscription.

Netflix has tons of Japanese content that are perfect for learners.

Before exploring some of the best titles that are currently available, let’s take a look at how you can use Japanese movies on Netflix during your language study time.

How to Learn Japanese by Watching Movies on Netflix

I know, it already seems like I’m contradicting myself. I’m actually not. Instead of using Japanese content on Netflix as designated “study time” materials, use it during your free time. If you love Japanese like I do, this shouldn’t be any hardship.

Do me a favor and try this out today. Instead of binging on “Futurama” for two hours tonight, pick out a choice Japanese movie to watch. Watch it passively for entertainment and start building those positive associations with language learning in your brain.

You’ll start to trick yourself into thinking that listening to any Japanese content is fun time!

Use the English subtitles (or don’t).

English subtitles can really be either a help or a hindrance, mostly depending on your current Japanese level.

If you’re beginner or lower-intermediate, having the subtitles on will help you get more immersed in the storyline and understand what’s happening. For shorter phrases and isolated words, you’ll usually see a pretty direct translation on-screen, which means you’ll actually get to pick up some vocabulary this way.

After watching the movie once with subtitles, watch the movie again without.

If you’re more advanced than this, go for full immersion without subtitles. Even if you only understand 50% of what’s going on at the time, you’ll pick up most of the story by its relation to the story’s overall context. You can always play the movie through again to catch what you missed the first time.

Some movies and shows even have Japanese subtitles, which is a great way to pick up new kanji for more advanced learners.

Watch the movie casually as you would any other Netflix content. Just absorb everything and talk back to the screen. Make comments out loud in Japanese when your movie takes that surprising twist.

Grab a pen and paper and jot down new vocabulary words and phrases along the way. Keep a running list of these with their English definitions and in-context usage examples. Always be sure to write down the full sentences in which the words or phrases were used in the movies.

Practice on FluentU before or after.

FluentU can train your brain to learn language through authentic video content.

Japanese Movies on Netflix: The 6 Best Titles to Learn the Language 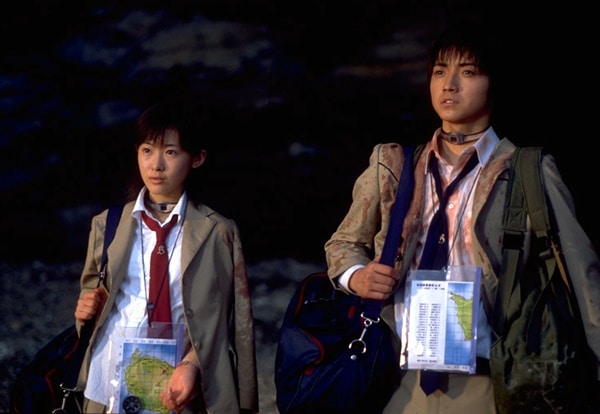 Right now it’s super trendy for books and movies to feature teenagers killing one another in a dystopian future where humanity has lost its way. Well, here’s where that global phenomenon began.

In the not-so-distant future, unruly and rebellious children have been beaten into submission by a new government decree—every year, a class is shipped to a remote island to fight to the death. Only one student may live. Former classmates, friends and sweethearts are now pitted against each other as enemies competing for survival—oh, and a few bloodthirsty assassins, brutal weapons and exploding collars are thrown into the mix just for fun.

“Battle Royale” is a true classic of modern Japanese cinema, perhaps one of the most internationally well-known Japanese movies out there. And it’s all for good reason. This movie will shock, awe, amaze and immerse you.

The language introduced here has mostly to do with school, friendship, family and—of course—strategic planning and bloody deaths.

If you loved the first one, try out the sequel: バトル・ロワイアル II 鎮魂歌(レクイエム) (“Battle Royale II: Requiem”).

It’s a different director (the son of the previous director, actually) so the vibe is different, and the premise takes a different turn. It’s a bit more G.I. Joe than the last one, and the majority of these students are killed off unceremoniously in the first few minutes (not too much of a spoiler). 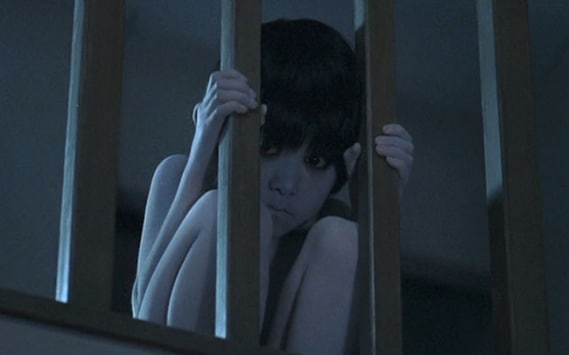 While this movie might not be a critically-acclaimed work of art, horror buffs will learn more about Japanese horror movie history—of which this film is a key component. You’ll get a few chills, goosebumps and jump scares in this one. Morbidly curious about, say, what it looks like when a vengeful ghost rips someone’s jaw off? This one’s for you.

Expect to hear plenty of Japanese past tense as you watch this movie, as the characters attempt to unravel the history of a terribly haunted house carrying a brutal curse: All who enter, die. You’ll also learn plenty of vocabulary related to everything sinister, occult-related, spiritual and fantastically gory.

If you had a fun time watching this spooky tale unravel, then try the sequel which does a fantastic job of delivering more of the same: 呪怨2 (“Ju-on 2”) 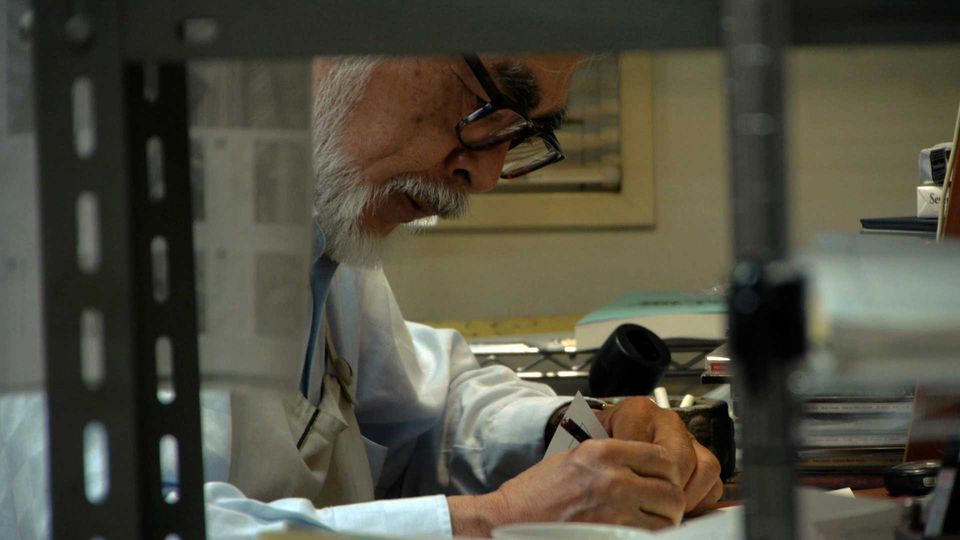 This documentary highlighting the triumphs and tribulations of Studio Ghibli will completely immerse you in the place where your childhood dreams were born. What more can you ask for? Follow the life of Hiyao Miyazaki and get deeper into the goals and visions of the cartoon studio which changed the world and set our imaginations free.

Since this is meant to capture a sliver of Miyazaki’s life and accomplishments, you’ll get to hear Japanese as it’s typically spoken day-to-day. You’ll see conversations take place casually and formally, everywhere from Miyazaki’s kitchen to his office space. You know, real-life Japanese. Listen to the creator of animated magic muse on careers, life and art and the beautiful strength of animation.

You’ll most definitely enjoy listening to Miyazaki casually wax philosophical, debating the intrinsic worth of creating art and films—has all his work amounted to nothing? Is it all just a hobby? Or are our artistic endeavors actually so profound that they affect humanity?

It truly goes to show you that even the most successful, revered and well-known people find themselves plunged into doubt from time to time. 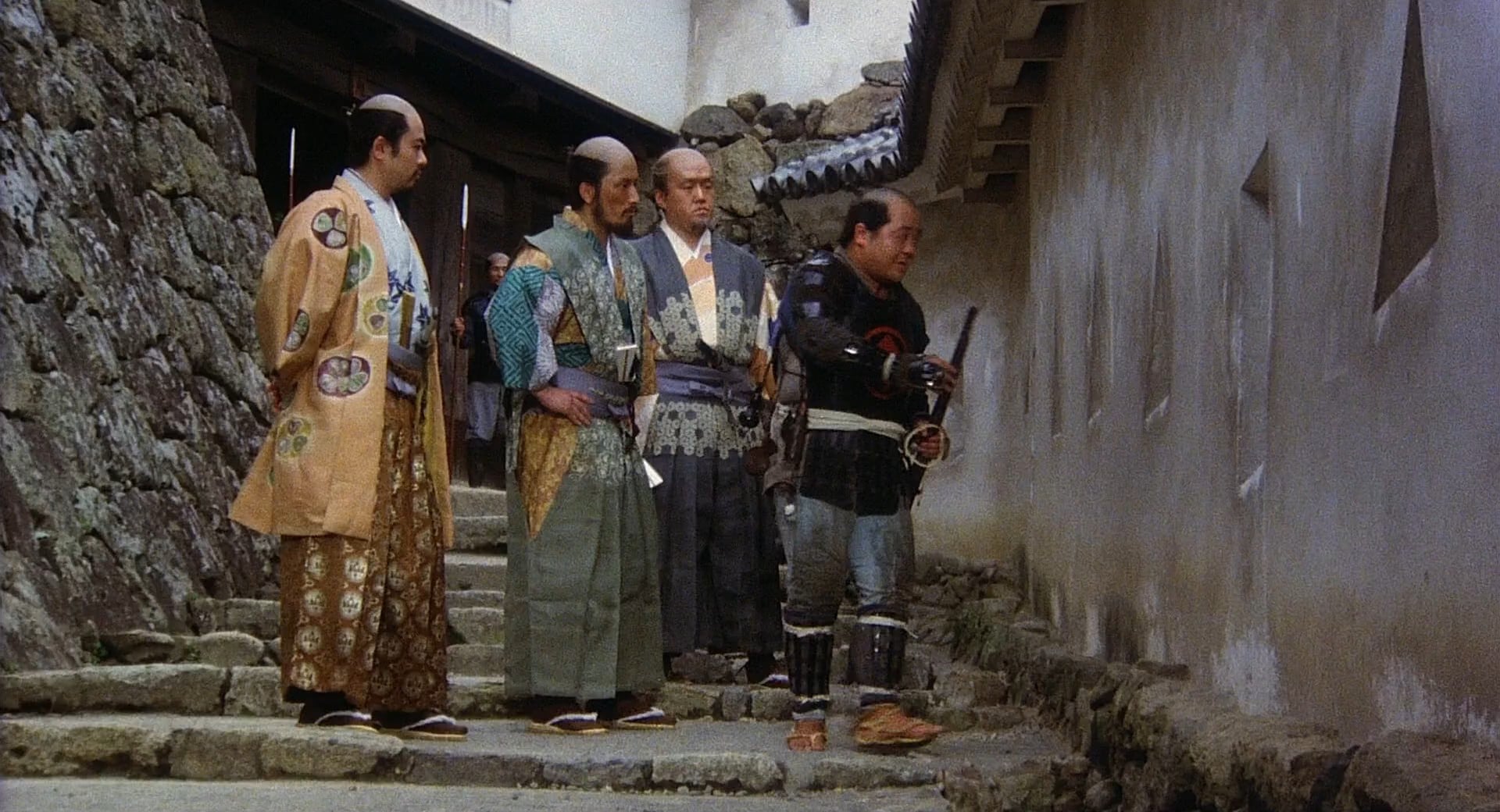 A classic movie featured in film classes the world over, this Akira Kurosawa directed powerhouse is one of those movies that you should watch, if for no other reason, so you can say you’ve watched it. It’s a critical element of cinematic history, and now you can form your own opinions about it—and maybe even bring those up in your next conversation with your Japanese exchange partner.

You’ll encounter some formal and archaic language in this film, but this is balanced by the evenly-paced speech that is used. Bombastic statements about lofty goals, conquests, loyalty and military might abound.

Also, this film packs an aesthetic punch, so bold cinematography and constant action will help you understand the story line just by watching alone. The only trick is keeping track of what’s happening with the main warlord and his doppelganger, who has been hired to stand in as a body double. 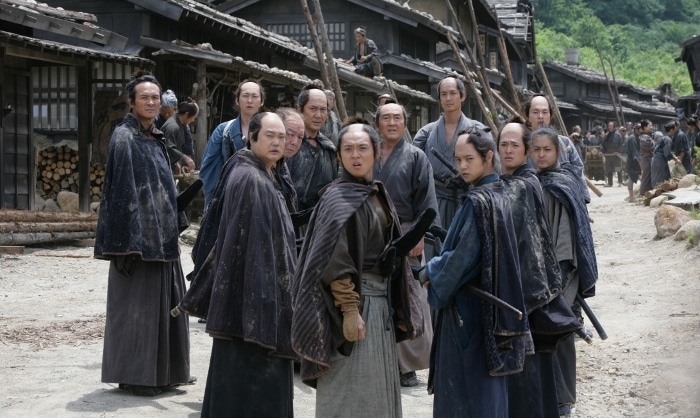 Love that traditional Japanese feel but are looking for something a bit more modern? The samurai, bushido code and shogunates are alive and well in modern Japanese cinema, and this movie proves it. Of course, all these concepts are highly sensationalized for this movie’s purposes, but who says we can’t all enjoy a little historical fantasy now and again?

This movie hones in on the darkness, filth, corruption and spilled blood that comes along with attaining great power among warring territories. A vicious, bloodthirsty relative of a shogun uses his status to prey on other’s vulnerabilities—and he takes pleasure in causing pain and despair. The rest of the movie spirals out from there, with a seemingly never-ending chain of assassinations and suicides as victims, rulers and noble warriors attempt to carry out justice.

You’ll find a lot of the same language here as in “Kagemusha”: formally spoken Japanese, some archaic language, lofty words spoken about justice, law and leadership, and extremely polite phrases reserved for political authorities and the like. 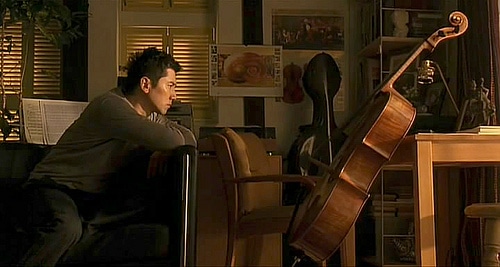 Morbidly beautiful, this is a soul-soothing piece of art which should speak to anyone who has ever wandered aimlessly, questioned their life’s meaning or wondered about death.

A professional cellist, Daigo, loses his job playing with an orchestra and relocates with his wife to his small hometown, where his late mother left him his childhood home to revisit. He begins applying for jobs willy-nilly to care for his family and stumbles upon a job as a mortician, after mistakenly thinking the advertisement was describing airport departures—not departures from this world.

Anyone who lives in a small town will know, you take what you can get sometimes. So, he decides to take this, and pretty much everyone around him begins to lay the judgement on thick.

This will introduce you to some interesting cultural ideas surrounding death in Japan. While the traditions involved in preparing bodies and arranging funeral ceremonies are thought-out and considered incredibly important, the act of handling corpses may label the handler as “unclean.”

However, as Daigo begins to love and appreciate this job which previously frightened and repulsed him, others too begin to see the beauty, art and love involved in his new line of work.

The language is relatively easy to follow because you’ll be watching families and friends interact—not to mention, much of Daigo’s work is solitary. This is a human drama, so you’ll learn vocabulary for describing feelings, situations, people and relationships.

You’ll also learn about professional titles and work-related vocabulary as Daigo searches for jobs, and then again when his wife begs him to quit the mortician gig and find something less icky.

And there you go—with the tips, methods and movie recommendations provided here, you’re completely equipped to learn Japanese with Netflix and turn binging time into Japanese study time.

Hop over to Netflix and get started now!

Maureen is a Vermont native and serial expat. She has a lifelong passion for travel, scientific research, languages and lizards. Maureen has formally studied Spanish, Italian, Portuguese, and Japanese—and casually absorbed some Kichwa while living 2 years in the Ecuadorian Amazon. She's thrilled to be working with FluentU and sharing some linguistic love with the rest of the world.