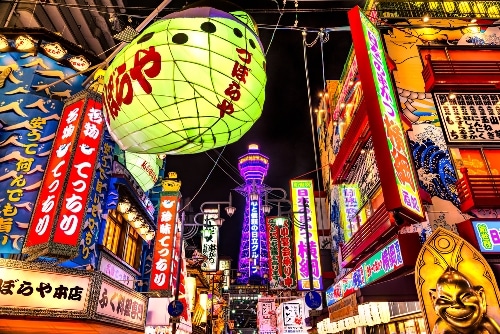 “Akan!” and 11 Other Badass Ways to Use Osaka Dialect

It’s only the best part of living in the Kansai region’s たこ焼き (たこやき, octopus dumplings) capital.

If you’ve got a good basis of Japanese under your belt, a love of food and an iron will, it’s time to graduate from intermediate Japanese to something else entirely!

Osaka dialect is one major variation of the more expansive Kansai dialect, or 関西弁 (かんさいべん), which is spoken in slightly different ways in the Kansai region’s major prefectures of Kyoto, Kobe and Osaka.

While 関西弁 and 大阪弁 aren’t the Standard Japanese that you find in your textbooks, you’re sure to find reasons to study up on one of the more badass sides of Japanese!

Why You Should Rock Some Osaka-ben

Get to Know the Anti-Tokyo

Care to venture out of the only Japanese city the Western world really hears about? Jump on a train from Tokyo and you’ll know that you’re in the Kansai region as soon as 関西人 (かんさいじん, Kansai people) start boarding your car.

How? Eavesdrop a little bit and you’ll notice differences in intonation, more relaxed consonants and completely different (badass) words floating your way. For example, someone might sigh and remark to a buddy after a rough Saturday night:

What’s that word, you say?

It’s one of the most commonly heard differences: you’ll see へん stuck on where there’d usually be a ない in the Kanto region. And that’s just the tip of the iceberg.

Osaka, the 3rd most populous city in Japan, boasts a culture all its own. While Tokyo folks will often refer to 大阪人 as a bit aggressive because of the slightly gruff flavor of 大阪弁, native 大阪人 (おおさかじん, Osaka people) quite openly tout their city as the “anti-Tokyo.”

Historically a major merchant hub, there are a few things about Osaka that locals and visitors alike often note: food, comedy and bartering!

Even if you’re not a huge baseball fan, the fun-loving, lively and rambunctious atmosphere of watching a game at Koshien stadium will be enough to get you swept up.

One of the fiercest sports rivalries in Japan is the rivalry between the Hanshin Tigers of Osaka and the Yomiuri Giants of Tokyo. Walk around Osaka station on a game day and you’ll see swarms of the black, yellow and white-striped uniforms of bona-fide Tigers fans. If you’re tempted to follow them, make sure they know you’re on their team by tossing some friendly 大阪弁 in their direction! *

*Disclaimer: no offense meant towards any Giants fans in Osaka.

If you’re due for a trip to this rockin’ city, you might find yourself, first and foremost, walking along the restaurant-flanked banks of the Dotonbori river.

As you’re scarfing down this local fare, you’re sure to begin to understand the underlying meaning of what Japanese people call 食い倒れ (くいだおれ). This literally means “eat till you drop,” but that isn’t exactly the way that 大阪人 think of it.

This phrase is often described by the locals to be a way of life rather than a literal translation of the word.

“Akan!” and 11 Other Badass Ways to Use Osaka Dialect

Ready to take a look at a different side of Japanese? Let’s jump in!

You can get even more exposure to authentic Japanese dialects, expressions and vocabulary by using the Japanese FluentU program. 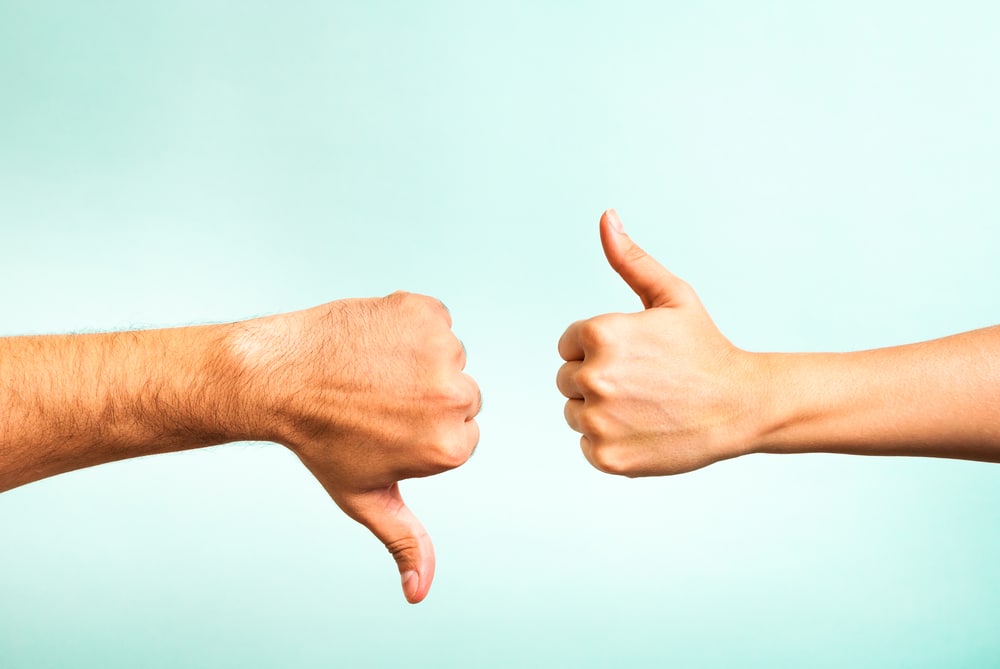 Below are a few ways of affirming, denying and generally being more expressive with your speech. Tack a few of these onto your intermediate conversation phrases, or throw in a few of these phrases while your partner takes the lead.

Meaning: No problem, OK or Yes

One characteristic of 大阪弁 is the common use of ええ in place of いい which means “good.” As you probably know, いい is used in a number of common expressions. In this case it’s used to imply consent to something.

The second 大阪弁 characteristic here is the use of で in place of よ. The pronunciation starts high, and then で generally flattens out in a lower intonation.

B: 大丈夫やで！これ使ってもええで！(だいじょうぶやで！これ つかってもええで！) — No problem! You can use this one!

Another suffix swap-out is the use of や in place of だ, which is the casual version of です. As 大阪人 are fond of softening their consonants, the softer や often takes precedent.

The second change here is the な in place of ね. You can do this most of the time where you see either of their standard Japanese counterparts.

A: 明日雨降るんっやってやー！どないしよう？ (あした あめふるんやってやあ！どないしよう？) — It says it’s going to rain tomorrow! What should we do?

This is one of the most fun phrases to get acquainted with. It’s used synonymously with the above standard いけない and it’s also used very often in place of だめ which indicates that something is bad or should be avoided.

*You might already know that あいつ is a pretty rude word to use when referring to someone…make sure only to use it with very close friends!

You’ll hear this a lot when roaming the streets of Osaka. Notably, the suffix ねん is often used in declarative statements for emphasis in place of んだ.

Usually used to express 違う (ちがう) or “wrong,” it can also be used to replace じゃない？, as in いいんじゃない？, or “It’s good/fine isn’t it?” 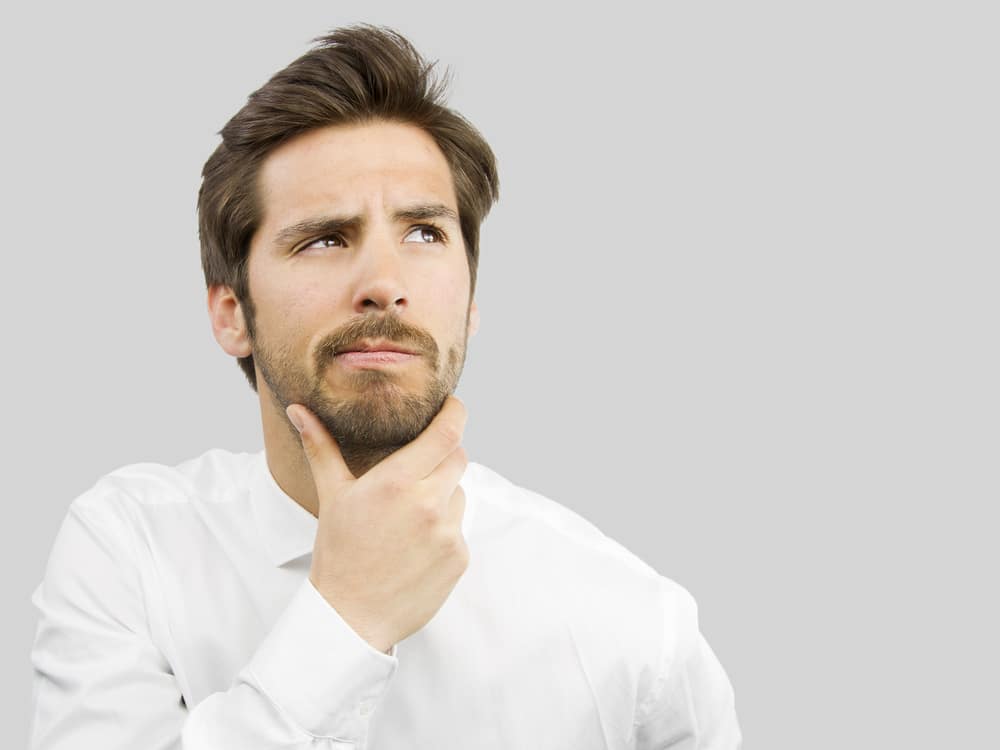 Here you’ll see another exchange of だ and や, and you’ll use this conjunction to concede one point and counter with another.

Here’s another classic example of softening the harder consonants, replacing the そ with a ほ.

B: ほんま？ほんなら俺おごるわな！ほんで、財布取りに行こうか？(ほんま？ほんなら おれおごるわな！ほんで、さいふ とりに いこうか？) — Really? If that’s the case, I’ll pay for you. Then, should we pick up your wallet?

You’ve surely encountered じゃあ in your studies, which often means “well then” or “ok…,” but you may not have heard the ほな of 大阪弁. You’ll definitely know you’re in Osaka when someone bids you “good night” with this:

*This is a cute little loan word, but comes off as less childish in Japanese than in English.

Meaning: Thanks for your business! Hello!

This is one of those words you’ll hear from local store clerks. It can mean a number of things, including “welcome,” “thanks” and, most often, “hi!”

You’ll often hear someone answer a phone call from a friend with:

*It may be used synonymously with the standard どうも.

This is the 大阪弁 version of 本当に？(ほんとうに？) or “Really?” You can also leave out the に for a shorter, more casual response.

Think Japanese summer…devilishly hot and impossible to do anything strenuous. Climbing the stairs from the subway after a very long day at work in Tokyo, people might say “疲れた (つかれた)．．．” In Osaka, turn to your friend and lament:

Meaning: What an idiot/a dummy

If you want to call someone dumb, you might want to be careful using the standard ばか if you’re in Osaka.

It’s said that people in this area take that form of the word a little more seriously than their Kanto counterparts. As you probably want to keep your friends, you should opt for the softer, more loving term-of-endearment: あほ.

Meaning: What the heck!

A classic if there ever was one! Probably one of the most famous expressions of 大阪弁 around Japan, this phrase literally means “why is it so?”

But don’t worry, the real meaning is way more awesome.

In 漫才 (まんざい) comedy, there’s always a ボケ(ぼけ) or “fool” character and a second character who more or less reprimands the fool in a hilarious way (ツッコミ /つっこみ).

When a friend does or says something weird, you respond with this phrase—along with a laugh!

*Though it might sound a little mean, this is pretty common banter between close buddies.

Kansai-ben in the Media

So, you’ve got a handful of badass ways to jazz up your Japanese in the West Japan way. Now where are you going to get your hands on the listening practice that you now crave?

The good news: like diamonds in the rough, 大阪弁 and 関西弁 are hidden among your favorite anime and dramas, just waiting to be found! Check out a few you may have heard of…

A random smattering of voices from various genres to tune your ears to:

Hattori Heiji in “Detective Conan”: This cheeky guy is another detective in this ridiculously long-running series first aired in 1996. He shows up intermittently from episode 48 onwards, if you’re looking to listen up right now. Ryo Horikawa, the talented actor who voices him, is a full-blown 大阪人!

Toji Suzuhara in “NEON Genesis Evangelion”: Here’s a Kansai accent not originally from Kansai…but great character! He shows up in the 3rd episode of this mecha epic, and might give you a glimpse of what 関西弁 is all about.

Hinata Hino in “Mirai Nikki”: More of a newer series, but starting in episode 8 of this high school romance/psychological thriller we see a little bit of authentic Osaka love with the voice of Yuki Matsuoka.

Tora Igarashi in “Kaichou wa Maido-sama”: Skip to episode 7 of this high school romantic comedy and you’ll hear it. Kenichi Suzumura, the actor who plays this evil-doer was also raised in Osaka.

“Grave of the Fireflies”: This enlightening but ultra-depressing anime film about two orphaned children trying to live through WWII takes place in Osaka. You’ll hear the dialect even through your tears.

“Hanzawa Naoki”: An incredibly popular drama of 2013 about a banker who works in Osaka for part of the show. People of Osaka liked the fact that Osaka was being represented in a major drama, although some thought the 大阪弁 put on by Tokyo-born actors was a bit of a laugh! 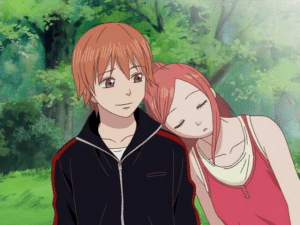 “Lovely Complex”: Watching this anime will be the most fun you’ll have while getting acquainted with 大阪弁! An Osaka love story between a very tall girl and a very short boy, you’ll get a feel for the manzai comedy style through their very quick-witted dialogue. Better yet, a lot of the voice actors are 大阪人!

“Jarinko Chie”: This hilarious manga-turned-anime about a tough-talking little girl running her father’s restaurant will have you throwing around あかん！like it’s nobody’s business. According to Chie, it’s probably not even yours!

And Don’t Stop There…

Once you’ve owned all these words and phrases, you’ll want to be so good that you’ll be counted among the ranks of 大阪人 themselves. Check out these resources for further study:

Now jump on that train, my ambitious comedians, and don’t stop until the announcer tells you you’ve reached 大阪駅 (おおさかえき) — Osaka station.

Grab yourself some たこ焼き (たこやき, octopus dumplings) and I’ll meet you there!