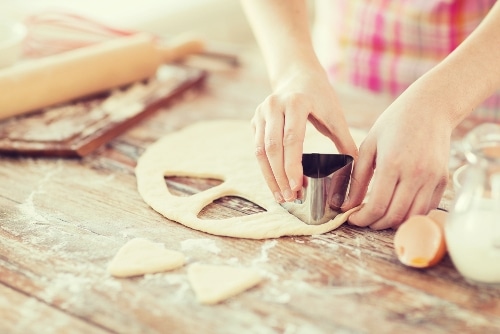 Japanese is a black sheep in the global family of languages.

While the writing system is based on Chinese, it isn’t otherwise related to Chinese. The grammar shares some similarities with Korean, but most linguistics nerds claim that this is more of an odd coincidence than a direct relationship.

That means English speakers aren’t the only ones struggling to learn from the get-go—pretty much all Japanese learners have some hurdles to jump when getting acquainted with the language.

Japanese grammar is often the most common gripe amongst beginning learners.

It’s frustrating hearing about how beginner learners of other languages feel like they can already loosen up and start playing around with their new languages. Meanwhile, you’ve got some rigid grammar rules to master before you even start to make sense.

When I starting learning Spanish as a kid, I remember how I quickly started tossing words around and dancing my way around unknown vocabulary. However, in my first Japanese classes, if I didn’t know how to frame a sentence I felt like I couldn’t get started at all.

That’s why I’ve lined up some easy Japanese sentence templates.

Once you’ve got these, you’ll be able to get off the ground without a hitch.

What Makes These Japanese Sentences So “Easy”

With these sentence templates under your belt, you’ll be able to get the main idea of something across 99% of the time.

These 12 sentence patterns will get you started conveying very simple ideas. Once you feel ready to move past these basics, you can watch the authentic videos on FluentU to find more patterns and ways to express yourself.

You can use the videos to see how real Japanese people use the language and look for patterns in their speech. Then, test yourself on what you’ve learned with interactive flashcards and quizzes. It’s an entertaining method to immerse yourself in Japanese the way native speakers really use it, while actively building your vocabulary.

English equivalent: It is [noun].

This goes far beyond “it is.” You can introduce any one person, place or thing with this template.

This one is super simple. As a general rule, you can use it to describe nouns with adjectives.

Note: For complete newbies, は is the hiragana character for the sound “ha” but it’s pronounced “wa.” It’s more or less, very roughly speaking, the Japanese “the.”

Placing this particle is how we talk about a topic that both the listener and the speaker are aware of. In English, we define this known topic by putting “the” before the topic. In Japanese, we put は after the topic in the same situation.

It might seem a bit hard to distinguish between the two particles now, but I felt compelled to let you know since we’ll be bumping into が later on.

Yes, there are two equivalents here. But it’s not as complicated as it may look.

A) This sentence is discussing one single object that is described by two nouns. One noun (N1) is modifying another noun (N2).

More specifically, the second noun (N2) is defined by its direct relationship to the first noun (N1).

In English, we’d smash these nouns together without a particle, but in Japanese they have の stuck between them.

B) の is how we talk about possession in Japanese. In our template, の signifies that N2 belongs to N1.

The principle behind this is exactly the same as above: One noun is modifying a second noun (in this case, with ownership). N2 is defined by the ownership of N1.

Now we’re basically putting together the building blocks from sentences 1, 2 and 3.

As before, the presence of the pattern “N1のN2です” means that the second noun (N2) is defined by its relationship to the first noun (N1). We will then further describe the second noun by attaching an adjective.

Adjectives in Japanese do get kind of tricky on their own, and often require some conjugation. But this simpler template will work smoothly with most of the common adjectives you learn at the beginning of your studies. Check out this guide for a more in-depth lesson on how to use Japanese adjectives.

English equivalent: To do [verbal noun].

While you can use a Japanese noun to complete the above template (for example, a noun describing an activity, like “golf”), you will primarily use verbal nouns. Verbal nouns have the properties of both verbs and nouns. A good example of this in English is a gerund, something like “running” or “swimming.” While these are conjugations of verbs, they can function as nouns.

There are lots of verbal nouns used commonly in Japanese.

To get します, we have to conjugate the plain form (the unconjugated, infinitive form) of the “to do” verb する. Plain form almost always ends in る.

As you may already know, -ます is a conjugation of Japanese verbs. It’s attached to the ends of verbs to indicate that something is happening in the present.

First, you have to remove the る from the end of your verb. Next, you add -ます. Easy!

We won’t deal with irregular verbs in this post. We don’t have much time, and we’ve gotta learn these templates. All you need to know is the above conjugation rule—and the fact that する is irregular. す changes to し. So when you remove る and add ます, you get your します。To recap:

As explained earlier, verbal nouns are what you will plug into this template. However, there are many verbs which use する and its conjugations.

する verbs are verbs which have an infinitive form ending in する. The process for conjugating these verbs is the same as noted in the bullet points above, but you don’t need to add を, simply because する is already part of the verb!

Memorize a short list of words that work with the をします template, and you’ll unlock a ton of new expressions! For example:

This was my most-used template when I traveled to Japan. All you need is know the right verb. Slap this one together to enthusiastically cheer your group onward to doing some fun activity—or use it casually, without all the excitement, to make average, everyday suggestions.

Now, the catch with this template is that you may have to do something to conjugate your verb first. Be sure to investigate how any new verb you encounter gets plugged in to this template.

English equivalent: Shall we [verb]?

This builds off #5 and adds one more tiny element of Japanese grammar: か. This particle is used to ask questions. While か is not always required to form a question, be sure to raise the intonation of your voice towards the end of any sentence question.

Adding the question particle softens your request/suggestion to do something, and is often perceived as being more gentle, humble or polite.

This template only works for non-living things. By using this template, you are saying that the noun exists. That’s it. No more information. It just is.

You may have noticed that が just made its first appearance in our templates. This topic marker is indicating that the you and/or the listener don’t know about the noun you’re referring to. Take a look at the examples below. You’ll notice that the particle “the” is missing from the English translations.

This template sentence expresses the same idea as the template above, only this is what you use for living beings.

This is the same as the above two templates, only this is your first polite template. You would use this template when you are referring to a person that you need to show respect to.

Okay, so you know how to say that something exists. But what about when you want to tell somebody where something is? Easy!

All you need is one more little particle. に shows where your subject is in space and time. We’ll deal with the time aspect in the next template. Here, we’ll focus on space.

English equivalent: To [verb] at [time].

How are you feeling now? Those sentences weren’t too bad, were they? And by the end of the list, you can see that you’re already piecing together more and more information to create natural-sounding sentences.

Hopefully this has given you a solid footing in some basics of Japanese grammar.

Learn them, study them and, most importantly, use them as much as humanly possible.

You’ll hear these simple grammar patterns in every bit of authentic Japanese content you watch and listen to, so you can start practicing by keeping your ears open and picking them out of their natural context.

Once you’ve mastered these simple sentences, you’ll be surprised by how much you’re able to express in your new language!