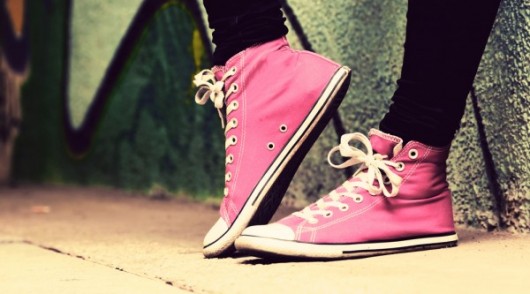 14 Japanese Slang Phrases That Will Make You Sound Badass

Do you find yourself stumbling over Japanese particles?

Then you probably spend way too much time agonizing over humble and polite form usage, too.

Man, c’mon—don’t you want to just let loose, relax and really have fun with the Japanese language for once?

Stop studying and learn how to finally sound like the cool kid you know you are.

To do this, you’ll need to know what the kids are saying these days and what Japanese sounds like on the streets.

If you’ve already learned how to infer subjects, then now is the time to level up your casual speaking skills through slang!

Your Japanese language skills will improve overall, and you’ll end up sounding much more natural.

How Japanese Slang Words Are Used

Sure, a lot of importance is placed on being polite in Japanese—but Japanese people use slang all the time!

Well, as a matter of fact, Japanese slang is very important to understanding the language and culture. Slang is what you use to let others know that you consider them close to you. Slang is like a secret you can share with friends and family members who have your trust.

That’s why slang is usually preferred when you’re not at work. As with many things in the Japanese language, the appropriate timing and usage of slang depends on who you are and the current circumstances. It’s an in-depth topic in which everything you say can be varied endlessly.

The Japanese slang vocabulary grows and takes on new nuances for every generation.

Indeed, though older generations use slang as well, they sound completely different to young people.

For me, understanding what old Japanese people say casually to each other is nigh on impossible. With younger people it’s not so difficult.

Some expressions you just have to know, but a lot of the time you can infer what people are saying by listening carefully.

Why You Need to Take a Break from Formal Japanese

Formal Japanese can make you sound weird and out of place when used in the wrong contexts.

As you’re learning, Japanese you’ll learn to use proper grammar and to include the right particles in the right places. This is important because it gives you a proper understanding of the language, and this knowledge is what you should base your Japanese language proficiency on.

Not to mention, this is also what your language proficiency will be evaluated on when you take more official tests.

However, if you’ve ever actually lived in Japan, you’ll know that most people don’t speak quite so properly in their daily lives. Speaking full, grammatically correct sentences with lots of particles is just too bothersome and inconvenient. You’ll have to pronounce more syllables than really necessary to get your message across.

What is correct usage of language anyway?

It’s somewhat ironic that learners of the Japanese language sometimes go to great lengths to speak correctly by carefully choosing the right particles, when it is often more correct to just leave them out.

And, yes, I do mean correct.

If you’re really serious about learning Japanese, then you should also learn casual Japanese, which in certain circumstances is the only correct choice.

It’s like how you never actually ask your friends in English “Would you like to go to watch a movie?” You say “Wanna see a movie?” For day-to-day conversations, most native English speakers know that the latter is more correct, even though that sentence doesn’t even have a subject!

The way Japanese people use Japanese is unquestionably the most correct way and, trust me, they use slang a lot! By trying to structure your sentences neatly and going out of your way to be grammatically right, you are actually standing out.

14 Japanese Slang Phrases That Will Make You Sound Badass

Below, we’ll go through some great phrases to start out with.

There’s a lot more to learn, though! Continue your slang study with FluentU.

Here are some fun phrases you should try to practice. Try them out and see how people around you react.

Want to surprise your Japanese friends? Just say おっす to them next time you meet. Strike a pose or something while you’re at it. (It’s slightly more boyish, perhaps.)

おっす used to be a military greeting and was considered highly formal. It’s still commonly used among martial artists. Nowadays it means what’s up? among young people. Not that many people actually use it, so it can be considered kind of quirky—but that’s all right if you’re already standing out as a foreigner.

For a more conservative approach try こんちはー, a shortened form of こんにちは, which means good day/hello in case you’re wondering.

This one can be varied quite a lot.

よー！ is the usual way of saying “hey!” as a friendly greeting. おい！ sounds like the British oi! and has the exact same meaning. Never use this with strangers since it’s kind of impolite.

If you’re saying “hi” to some close friends and you want to be a badass, then use よー、お前ら！(よー、おまえら！— Hey, guys!) This is part greeting, part friendly insult. It’s more like saying “‘sup dorkface,” which can be a friendly greeting if spoken to a close friend, but a bit too much with anyone else.

As a side note, the personal pronoun お前 (おまえ) is conventionally reserved for enemies. It’s extremely impolite except when used by close friends.

調子どう？ simply means “How’s it hanging?” Next time you’re at a social gathering with friends, just ask everyone this question until it sticks. You may get some interesting reactions, and results may vary.

You can also use おげんこ？, which is a shortened version of お元気ですか ？(おげんきですか？), Japanese for “how are you?”

I don’t usually hear this one a lot. Tokyo people are more likely to just say まあまあだよ meaning “so so.” As far as 相変わらずだよ goes, the ending particle, よ, of that sentence asserts a sort of confidence in the same way that the English word “man” does when used as slang.

These are all slangy forms of ごめんなさい (I’m sorry). Really, if you want to apologize properly then you should say ごめんなさい, but if what you did wasn’t that serious—or if you want to sound cute—then the slangier forms will work.

ごめんちゃい and ごめんくさい are sort of fun and light-hearted. めんごめんご will make most people cringe when they hear it. They might just forgive you out of embarrassment.

There are a few options here.

またねー and じゃーね are the most common ways of saying “see you later.”

あばよ is how a tough guy says “later.” The よ suffix basically means, “I’m certain.” That’s how confident you have to be to use this sentence. Most people won’t take you too seriously if you speak like that, though.

一足す一は？ means one plus one is? and the answer, in Japanese, is 二 (に). As in にー, which is what you say when someone takes a photo of you.

Cheese works as well, but you have to voice it with Japanese intonation, チーズ (ちーず).

When you’re having a night out in Shinjuku, there’s always comes a point when you manage to break the ice with one of the infinitely many salarymen at a bar. The more they drink, the more they open up to you and start rambling about their lives, the state of society and what have you.

At some point they may say 君は本当にいいヤツだな, basically just calling you a real good guy. Keep this in mind for when you venture out at night and find yourself playing out this scenario.

お前はイケメンだ (おまえは いけめん だ) is something you should use between friends only. Again, the pronoun お前 (おまえ) is generally considered offensive, but close friends may use it to address each other in a light-hearted manner. So, you can use this to convey light-hearted jealousy by pointing out the prettyboy (イケメン) in your group of friends.

Saying 一杯どう？ is a friendly way of offering a drink. Easy enough to remember as well, right? If you want to follow it up with another drink afterwards, it’s もう一杯どう？ (もう いっぱい どう？ — one more drink?).

The Yamanote line in Tokyo goes in a circle around the city center. If someone says 山手線ゲーム、しようぜ！, say no before it’s too late. Yamanote Line is a popular drinking game in which a group of friends go around in a circle on the train. They clap in tune and say the names of stations on the Yamanote line aloud. If you fail to do so correctly you have to drink.

Here we see an example where onomatopoeia—i.e. words that express an action or meaning through their sound—is used in slang. In Japanese ゴロゴロ means “rolling” and “turning.”

In any case, 今夜は家でゴロゴロしてるよ translates to something like “I will be rolling at home,” while the meaning is more accurately translated to “I’m going to space out at home.” It’s a great response to have on hand if someone invites you to take a spin on the Yamanote line.

お腹減ったなー means my stomach is empty—it’s like saying, “I’m famished.”

There’s a brutish way of saying stomach, which is simply 腹 (はら). Saying 腹減った (はらへった) , you sound like an anime character asking for food.

The word オモロい (おもろい) is a shortened form of 面白い (おもしろい). It can be taken to mean interesting, fun or cool depending on the context. This sentence is therefore very versatile.

Whenever your Japanese friends are doing something unusual, you can say 日本人はオモロいよね.

A General Word of Advice

When you want to sound casual in Japanese you should really just try to leave out some of the unnecessary particles. Often you’ll be uncertain as to whether to use は or が, when in fact the most natural choice is just to leave them out. So that’s a cool little trick you can use to turn your uncertainty in Japanese into confidence (but seriously, learn the particles.)

Some particles like ね and よ add flavor to an entire sentence. These are incredibly important in slang. Often, when older men from the Kanto region speak, you’ll hear sentences ending in だよ. It’s too exhaustive a topic to give a full account of here, but look up some of these particles and see what they do. Often being slangy involves just adding something like よ to the end of your sentence.

Now that you know how to sound more natural in Japanese, go and practice with some Japanese friends. Pay attention to how they speak Japanese and when it deviates from what you’ve learned in the textbooks. Perhaps now you’ll understand why that happens!