Is German Hard to Learn? The Beginner’s Guide, Without Sugarcoating

Is German hard to learn? That’s certainly its reputation.

But the hardest parts of learning German can simply be conquered with the right study techniques.

So let’s answer the question “is German hard to learn?” once and for all.

We’ll take a look at two reasons German can be difficult (and how to overcome them), before relaxing with three lovely reasons German is actually easy to learn.

When people say that German grammar is hard, cases are probably the biggest reason.

But Germans learn German from a young age just as well as English speakers learn English. There’s nothing inherently difficult or complicated about the German case system—it’s just different.

The case system involves slight modifications to a word’s form to give you extra information about the structure of the sentence. For example, German articles (the equivalent of “the” or “a/an”) change their spelling depending on the subject, direct object, indirect object and possession.

Both der Mann (the man) and der Ball (the ball) are masculine nouns. The article is der when they’re the subject of a sentence.

However, in the sentence Der Mann wirft den Ball (The man throws the ball), the ball becomes the object of the man’s action. Thus, der changes to den to mark this grammatical relationship.

That’s just one example of how German cases work. Knowing the correct form in every situation can become overwhelming for learners. How can you make this difficult element of the German language easier? 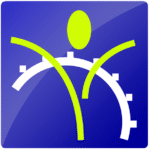 To start, get familiar with Deutsch Akademie’s German grammar trainer, one of the best around. It has a virtually limitless selection of exercises lifted directly from the most widely-used German textbooks, including lots of material specifically focused on German cases.

Next, try to learn German vocabulary words in chunks with the articles in different cases.

After enough of these chunks stick in your mind, using the right word forms with their respective cases will become second nature.

One of the biggest stereotypes about the German language involves its pronunciation. Doesn’t it just sound so harsh, angry and exotic?

Well, German does have several sounds that don’t exist in English. Chief among them might be the two “ch” sounds and that French-sounding “r” (discussed in the video below) that really have no equivalent in either American or British English.

But with a bit of training, you can master a German accent and feel those sounds roll off your tongue effortlessly.

Thanks to 70 years of war movies, you probably know what a German accent sounds like in English. Giff me zee pepahss!

That accent exists for a reason: you can’t have a “v” or a “z” sound at the ends of words in German!

Imitating what a German should sound like is actually going to give you a big leg-up when it comes to having a natural sentence rhythm and pronouncing words in the right way.

English is a Germanic language. So, unsurprisingly, is German.

That means there’s an enormous set of cognate words shared between the two languages, as well as a whole stock of newer loanwords that came directly from English to German in their modern form.

For an example of the latter, you shouldn’t have to think too hard to realize what der Workshop, das Business or das Internet might mean. (You guessed it: the workshop, the business and the internet.)

The older Germanic cognates are occasionally just as easy, but sometimes require a little more thought. For example, hund (dog) isn’t far away from “hound,” but connecting die Schere to “the scissors” takes slightly more imagination. So just remember when you’re looking through a German text or working on your vocabulary, you’ve got to have a high tolerance for ambiguity.

If a word sounds a little similar to something in English—usually with a very different vowel—chances are it’s related.

Let’s take another look at the word die Schere (the scissors). At first glance, the English and German words don’t look related. But think outside the box a bit. Change the final -e to an -s, drop the c and you’ve almost got “shears.”

And indeed, that’s the cognate.

Recognizing these types of links between the two languages, however deep, is a fantastic way to keep all that new vocabulary from slipping out of your memory.

If you’ve ever struggled with verbs in French, Russian or Spanish, then German is going to be a welcome relief.

Apart from a slight switch in word order, the verbs in German work almost identically to those in English.

For example, the future tenses are made with a helping verb:

ich werde gehen = I will go

And so are the past tenses:

Furthermore, think of a verb triplet in English like drink-drank-drunk, where the vowel jumps around to reflect the tense changes.

German has a similar stock of irregular verbs, and most of them have the same vowel changes as English: trinken-trank-getrunken.

This is another perfect example of the patterns you can exploit to turbocharge your German vocabulary learning. You’re far more likely to remember these same irregular verbs than a group of irregular verbs in another, less familiar language.

German is a major world language.

Though there are only about 120 million native and non-native speakers (small on a global scale but still nothing to sneeze at), the prominence of the German-speaking countries in European culture and history means that the language cannot be ignored.

Therefore, there are a ton of resources to learn it.

Literally, people have been writing guides on how to learn German since before the invention of printing.

Today, the best of that knowledge is available to you with a few clicks of a mouse. 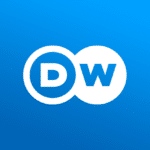 Deutsche Welle is an outstanding resource full of audio courses, vocabulary explainers and video recordings that can take learners from raw beginner to confident language user.

Another resource that can help you jump right into learning German is a virtual immersion program. Immersing yourself in the language will get you off to the right start immediately. Being able to surround yourself with the language, especially as a beginner, allows you to begin learning the language in context while also experiencing the culture.

FluentU, for example, uses authentic German videos with interactive captions to immerse you in the language. Videos like movie clips and news segments are turned into engaging lessons through flashcards and customized quizzes. This program also includes a contextual video dictionary and categorizes videos by skill level.

Especially at the beginning of your learning journey, audio and video resources are vital. Don’t settle for phrasebooks (or teachers!) that tell you, “the ö sounds something like the ‘uh’ in ‘fur.’” It doesn’t!

Use a resource—with audio, like the excellent pronunciation video below—that teaches you how to make these sounds correctly from the beginning.

So, what do you think? Is German hard to learn? Hopefully, this article has pulled back the curtain a little about why learning German really isn’t anything to be afraid of.

When it comes to new languages, more exposure can sometimes be all you need to drop any prejudices you might have. All language learning takes is some time and regular motivation. Once you’ve got those on your mind, there’s nothing stopping you!