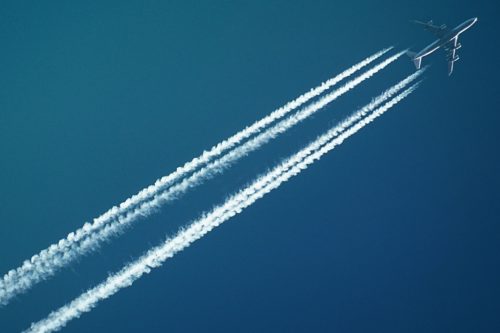 How to Learn German Fast (But Right): 4 Steps for Smarter Studying

Why take your time when you could be sampling the currywurst in Berlin or rocking out to some killer German jams?

Of course… learning German quickly is easier said than done.

I often consider myself lucky that I’m a native speaker. Especially after seeing my foreigner friends struggle with my mother tongue.

Here’s the thing, though: the best way to learn German is practicing efficiently and intelligently—not just studying a lot.

That’s exactly what we’ll show you in this article: how to learn German in four speedy steps that you can build on and start using the language sooner.

How to Learn German Fast (But Right): 4 Steps for Smarter Studying

Especially in the beginning, learning and practicing vocabulary is the main part of language acquisition. There is no way around it. However, not all words are created equal. It’s important to concentrate on words that’ll give you the most bang for your buck.

In terms of language learning, the most bang means how likely it is that you are going to use a particular word in everyday conversation. That’s where word frequency lists come in.

You don’t need to learn all that much for functional fluency. The 1,000 most common words in German make up about 80% of the written language. So if you concentrate on those first, you will make a big dent in the amount of German you will be able to understand. It’s the easiest way to learn German words that you’ll actually need in real life.

Frequency lists for all kinds of languages can be found on the internet easily. A good starting place is Wiktionary, but you will find more with the help of your search engine of choice. You can also find the 200 most common German nouns right here.

For pure memorization, I can recommend the flashcard software Anki. It offers spaced repetition which means that instead of studying the same words in the same order every time, Anki will show them to you at strategically spaced intervals. That way they move into your long-term memory. It also tracks the number of words you already know.

Another great way to collect high frequency vocabulary is to learn with videos that show everyday situations in German. FluentU is the perfect tool for this because it takes real-world German videos like TV shows, commercials and inspiring talks, and turns them into German learning experiences.

Because this video content is stuff that’s watched by native German speakers all the time, it’s full of vocabulary that real people actually use.

You can tap on any word to look it up instantly. Every definition has examples that have been written to help you understand how the word is used, and you can see multiple examples of how it’s been used in other videos. Every time you encounter a new high frequency word, you’ll be able to add it to vocab by clicking.

FluentU is a complete platform for learning, designed to effectively teach you all the vocabulary from any video. Swipe left or right to see more examples of the word you’re on.

Let’s face it, one of the most tedious things about German is the number of declensions and conjugations. Verbs change form according to case and tense as well as grammatical person and number?! Say what? I know… awesome right?

Learning all forms for every verb can be exhausting, especially for the dreaded imperfect or simple past. How about instead you learn to conjugate just seven words that will let you express almost everything you need? Sounds better, right?

What I am talking about are modal verbs, more specifically, these seven:

These modal verbs, when used in a sentence, take the position of the verb. That verb, in turn, moves to the end of the sentence in the infinitive.

As a formula it looks a little like this:

How is that helpful to learning German fast? Because it allows you to use all kinds of verbs in a great number of sentences without knowing how to conjugate each and every one of them. As long as you memorized how to conjugate the modal verbs, all you need is the infinitive form. Compare these two sentences:

Ich möchte nach Hause gehen. (I would like to go home.)

In the first, gehen is conjugated, but in the second gehen is in the infinitive. The two sentences aren’t exactly the same, but the intend is certainly clear and any native will understand what you mean.

Something that doesn’t come easy to many students of German is the fact that the language knows three genders for its nouns: masculine, feminine and neuter. These genders are represented by the definite articles der, die and das, and the indefinite articles ein, eine and ein.

This is further complicated by the fact that there are no clear-cut rules for which gender is assigned to which kind of noun, and if there appear to be any there is always an exception.

For instance, “der Mann” and “die Frau” make sense because “the man” and “the woman” are male and female, respectively. However, why is it “der Junge” (the boy) but then “das Mädchen” (the girl)?

The whole thing seems to be based more on convention than anything else, and is something that Germans just grow up with. How can you ever learn German with all of these crazy grammatical genders to memorize?

Instead of shaking your fist at the sky and cursing the Teutonic gods for unleashing this linguistic plague on the rest of mankind, I would advise you to embrace it.

The easiest way to learn German genders is to treat the gender of a noun as an integral part of the word right from the beginning. Instead of merely learning “Haus,” learn “das Haus,” a hand is not merely “Hand” but “die Hand.”

A little trick to make this easier and quicker is to get flashcards in several colors and assign color to a gender. For example, green could be masculine, red for feminine and blue for neuter.

When studying vocabulary, write down each noun on a card in the color assigned to its gender. This will provide you with a visual cue to help you remember the word’s gender more easily.

The color coding can be further enhanced by a mnemonic technique: when you learn a noun, picture the thing it describes in your head and establish a mental connection to the color of the grammatical gender.

For example, you can think of a green dog to remember “der Hund,” or imagine red Santa pants to remind yourself that it is “die Hose.” Do this consistently and you will be a master of German gender in no time.

Languages don’t evolve in complete isolation. They mix in the same way as the people who speak them, and are as intertwined as family trees. Everyone borrows from everyone else and German is no exception.

This is good news if you want to learn German fast because of so-called “cognates.” Cognates are words in two different languages whose spelling and meaning is so similar that they are easily recognized and understood.

These familiars make it impossible to start entirely “from scratch” with a language, because there are tons of words already at your disposal.

I remember being completely surprised at my ability to read 80% of everything that was written inside a supermarket in Barcelona—without ever having taken a single Spanish lesson in my life.

It was all thanks to the fact that Spanish is a Romance language, and I took four years of Latin in high school. True story.

The good news for English speakers is that there are many thousand German words that are cognate to English words. The two languages have a lot of common roots.

If you really want to nerd your way into it, take a look at the rules of the High German Consonant Shift and it will all make a lot more sense. But even without, it’s easy to see the common history of the two languages.

Here’s a list of important German-English cognates you can get use for some fast vocabulary building right away.