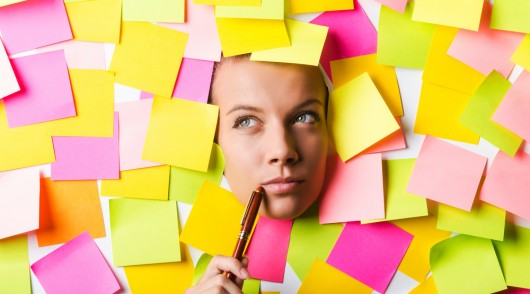 How to Learn German Faster with Mnemonics

In case you are wondering what that consonant-rich word in the title is, and whether I made it up, the answer is no. It really exists. You can look it up. It’s even on Wikipedia. There it says:

“A mnemonic, or mnemonic device, is any learning technique that aids information retention. Mnemonics aim to translate information into a form that the brain can retain better than its original form.”

So in short, mnemonics are techniques that help you remember stuff. Facts, numbers, names, any information that would be useful at a later point – basically the things that humans are usually terrible at recalling.

This of course includes information pertaining to language acquisition. If used correctly, mnemonics can be incredible tools to make learning German much quicker and easier. Because let’s face it, becoming fluent in a new language is all about cramming information into your head, hoping it will stick there and come out at the right time.

So before we dive into how to use mnemonics to learn German (another tool to use when you want to speed up your German learning), let’s find out a little more about them. Oh and finally to answer the question on everyone’s mind: “mnemonics” is pronounced “nuh-MON-ics” with a silent m at the beginning. You are welcome.

What Is a Mnemonic Device?

The use of mnemonics is not a recent invention, but a tradition that is thousands of years old. The fact that the name derives from Mnemosyne, the goddess of memory in Greek mythology, should already be an indication of how long mnemonics have been around.

Mnemonic devices were used by the likes of Plato and Aristotle. Others, such as Cicero and Quintillian, wrote entire instruction manuals on the “art of memory” and Roman senators used the techniques to remember their speeches.

The basic idea behind mnemonic devices is to make boring factual information so interesting that you have a hard time forgetting it. To achieve this, the information is encoded in a way that is more conducive to how the human brain works.

“Every Good Boy Deserves Fudge” is another example, and it is used to remember the lined notes of the treble clef in music (EGBDF), while “Memory Needs Every Method Of Nurturing Its Capacity” is a mnemonic for how to spell “mnemonic”.

In German, examples like these are called Eselsbrücken, which literally means “donkey bridges”. Donkeys are very hydrophobic animals. Therefore back when they were used for transportation, it was necessary to build bridges for them even at small bodies of water to get them to cross. If your mind shies away from remembering the information you need, just as donkeys do from water, Eselsbrücken are a way to establish this connection.

(By the way, if you liked this weird word, you should check out these other strange German words that you won’t believe exist.)

How to Use Mnemonics to Learn German

“Ok,” I hear you say, “but how can these techniques help with language acquisition?”

Language learning is, on the basic level, the gathering of new information. You need to learn the words, the system that they fit into and the rules that govern it. Mnemonics can help with both sides of the equation. Let’s start off with German vocabulary.

If you are struggling with remembering all the words you so studiously shoveled into your memory, a good technique is to convert them into images. You see, while the human brain is terrible at storing dry facts and words, we have a real knack for remembering things we have seen.

Have you ever run into somebody you met at a party and instantly recognized their face, but could not come up with their name? Visual memory at its best.

To take advantage of this disparity in information recall, ideally you will create a visual that combines both the sound and the meaning of the word you would like to remember. For example, if you want to learn the German word for “table” (Tisch), you could go about it in the following way:

Look for an English word that sounds very similar, let’s say the word “dish“. In your mind, you would then imagine a table standing in a room. However, instead of being an ordinary piece of furniture, this one has a huge satellite dish attached to it. Imagine it in great detail. If later you want to remember how to say table in German, the satellite dish will give you the pronunciation.

This works best if you overdo it a little. Make the satellite dish comically big. Tweak the image so that it looks ridiculous. Imagine how the dish is attached to the table. Is it bolted to the wood? The more vivid and out-of-the-ordinary your image is, the better it anchors the information to your brain, and the more likely will you remember it later on.

But what about words that are more complicated, like those super long German words (usually compound nouns), or words that don’t have a similar sounding equivalent in English and are hard to associate with anything?

In that case you can take the technique a little further by compartmentalizing. Break down the word you want to learn into different sounds and syllables. Associate each syllable with an image and these images into a context that will let you remember their sequence as well as give you the meaning.

Let me give you an example: Let’s say want to learn the meaning of the German word wahrscheinlich, which is “probably” or “probable”. It is made up of wahr, schein and lich.

If you would like to anchor it on your brain, imagine there is a war between pirate ships going on at sea. As fighting is going on all around, you see one of the pirate captains standing on his bridge looking at the scene and saying “arrr!” to himself (because what else do pirates say?). At the same time, one of the crew members is kneeling on the floor in front of him with a rug and putting a shine on the captain’s shoes. His work is made even harder by the fact that a black leech on this arm is sucking blood. Nervously the shoeshiner looks up and asks, “Captain, are we going to win?” to which the latter answers “Probably, mate. Most probably.”

So how do you say “probably” in German? War + arrr! + shine + leech = Wahrscheinlich.

Note that the arrr! is in there to remind you of the correct pronunciation of wahr. Sounds can help solidify the information even further. It is a kind of manufactured synesthesia. You could find a similar clue for leech if necessary. (By the way if you want to improve your pronunciation, don’t miss this post.)

I know, this seems like an awfully convoluted way to remember one word, but trust me, it is worth it. Once you have had some practice, the speed that you come up with these little stories will increase, and you will find yourself forming images in your mind automatically. Apart from that, once you get the hang of it you will see your retention rate for new words skyrocket! I’m talking 80%-90%. No joke.

The usefulness of mnemonics for German studies doesn’t stop at vocabulary. These devices can also be used to remember German grammar rules.

One of the hardest things for non-Germans to get behind is the gender of nouns. Whether something is male, female or neuter seems to be assigned at random and to possess no discernible system (sometimes even native speakers can not agree: ask your German friends whether it is der Blog or das Blog). Unfortunately you don’t have the advantage of having grown up with the language and learning the gender of all things from day one.

The trick here is to make gender part of the image you form in your mind for each noun. This can be done in the form of colors. For example you could assign the color blue to male nouns, red to female and yellow to neutral. So when you learn Tisch as in the example above, you would then imagine a blue table or maybe blue paint dripping down on the table from the satellite dish.

Following the same line of thought, you can imagine a red cat or a yellow hospital. It might even be better to give the cat red nail polish or the hospital building a yellow cross instead of its usual color. Keep in mind: the stranger and more vivid the image in your head, the more likely it is that you will recall it and the information encoded therein.

How Can You Use Mnemonics for Your German Studies?

The examples above should only serve as a starting point. What you can take away from this article are the basic principles of processing information in a way that it is more easily remembered. Then, use your own associations to make German more accessible to you.

Take a look at what you are struggling with when it comes to German, and see how you can reframe it – using mnemonics – to makes it stickier. You could easily come up with an image that represents German syntax order (time, manner, place) or use mnemonics to remember all prepositions that take the dative or the accusative.

It’s fun and you will be surprised by the results!