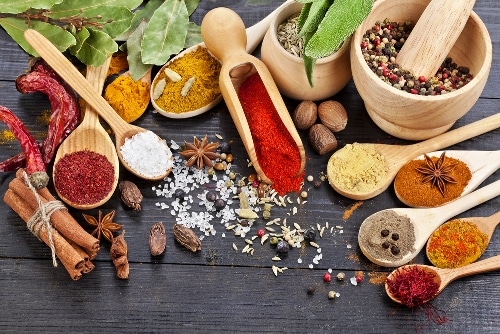 By adambaltieri and Andy Batson

9 Mighty Modal Particles to Give Your German Conversations Some Kick

Close your eyes for a second.

Think back to when you first started learning German.

Maybe it was in a classroom, or maybe you were learning at home with the first disc of a language program.

Regardless of where you started, it was probably in a controlled environment that presented you with words and set up situations in which to use them.

This is a great way for beginners to learn, because it enables you to not only learn words and their meanings, but the contexts in which they’re used.

However, at some point in learning a language it stops being beneficial to just sit at your desk translating words with a computer, or listening to a teacher lecture about grammatical structures.

Believe me, I know how intimidating it can be to even ask a native speaker for directions, let alone have a conversation. Not only do they speak at a rate much quicker than non-native speakers, but they use slang, idioms and so many more linguistic devices that your teacher or computer program never even thought about teaching you.

Possibly some of the trickiest words to use in German are Modalpartikeln (modal particles). Modal particles usually have other meanings in different contexts, making translating and understanding a trying task indeed.

On top of that, they differ from region to region and dialect to dialect, so if you’re speaking with someone in Bayern (Bavaria), their choice of particles will likely be different than someone from Frankfurt.

While they’re difficult, modal particles are widely used by native German speakers and learning to use them accurately will greatly increase your fluency when speaking German.

Plus, they’re a lot of fun!

So, What Are Modal Particles, Anyway?

They are, in a sense, flavoring words that add a deeper element to language. In German, these could be words that soften the harshness of a comment, add a persuasive or suggestive element to a request or otherwise add subtle meaning to a sentence without changing the grammatical context.

It’s very difficult to define particles for English speakers because linguists don’t really agree on whether or not English even has modal particles! So finding completely accurate translations is oftentimes difficult. Add in the fact that there are differences depending on regional dialect and it can seem like a pretty intimidating concept. But don’t give up! Particles are some of the most fun words to use in German, and once you start using them, you won’t be able to stop!

How Do Particles Work?

Most of the time, particles are only used in spoken contexts. However, in the digital age, they’re also commonly used in German social media, due to the informality of the medium, so you can take advantage of this in your learning. Particles are likely not going to be used in an academic paper or a formal presentation, unless it’s for added linguistic effect, such as reinforcing the seriousness or urgency of a command.

A lot of the time, the particle will follow the verb in the sentence—however, some come at the end.

Here, the word ja is being used as a particle, reinforcing the fact that the cat has been fed, and follows the verb.

This example combines two particles (doch and mal) and is a very commonly used phrase.

In this example, you’ll notice that the word aber, or “but,” is a lot more flexible than its direct English translation. It can be placed in the sentence differently and has more shades of meaning than the simple English “but.” Discover some of its other meanings below!

When spoken, particles remain unstressed, so even though you’re excited to use your favorite particle in a sentence, hold back and don’t stress it—just throw it in there to add an extra flare to your speech. Native speakers will take notice, trust me!

9 Powerful Modal Particles to Spice Up Your German Speaking

There are also a handful of particles that don’t fall into any category and simply need to be memorized. These are just guidelines, however, as some particles have different meanings depending on context.

This can sometimes mean “indeed” or “however,” depending on how it’s used. Don’t get it confused with aber (but) when used as a coordinating conjunction.

This one is possibly easiest to remember as an affirmation because of its generally translated meaning of “yes.” Much like aber, it’s used to affirm whatever the sentence is trying to say.

“Deine Freundin ist ja attraktiv.” (Your girlfriend is [quite] attractive.)

Ja can also be used as an intensifier.

Wohl is a very tricky particle to use because it’s usually translated to mean “well,” as in the phrase Ich fühle mich wohl (I feel well). However, as a particle it can mean that the speaker is assuming something to be true.

In this sentence, the wohl signifies that the speaker does not for certain know Klaus is vegetarian, but since he never eats meat the speaker is assuming it to be true.

It can also be used in an ironic context, when the speaker does know something to be the case, or wants to imply that it’s the case.

“Er hat sich einen Porsche gekauft.” (He bought himself a Porsche.)
“Er muss wohl jemanden beeindrucken.” (Looks like he needs to impress someone.)

Ah, doch. It sometimes seems like this word is used so often just because it’s so hard to translate. In fact, it simply does not have a one-word English equivalent. The best way to think of it is “really!” or “on the contrary.” A children’s argument might look like this:

Perhaps the true appeal of doch lies in how concisely it can be used. It says in one word what would take several in English. English is, however, a Germanic language after all, and what remains of doch can be seen in the word “though.” The usages don’t line up, but they’re in the same family.

While not quite as common as the previous particles, halt is one that’s still important to understand. When it’s used, it shows the speaker attempting to displace blame or burden onto another force. Depending on who’s speaking, though, you might hear halt all the time (think of, like, the often ridiculed valley girl).

“Wie hat sie denn darauf reagiert?” (How did she react, then?)
“Sie war halt richtig sauer.” (She was, like, totally peeved.)

These particles exaggerate or intensify. They may be used to draw emphasis to something or to illustrate the significance or importance of part of a sentence.

Schon can be used to intensify the message that’s being conveyed or to show a sense of anger.

“Gib mir schon das Geld!” (Give me the money already!)

This one conveys a sense of interest, and can be used as a suggestion. It can also soften commands or make things sound less formal.

“Hörst du mal gern Reggaemusik?” (Do you like to listen to reggae music?)

Nun is often used with questions to show an intensification or possibly anger in what is being asked. In more formal contexts, it just means “now.”

“Was machst du nun mit dem Gewehr?” (Now what are you doing with that gun?)

Used almost exclusively to convey a subtle interest in something, denn is an excellent particle to use on first dates! Depending on how you say it, however, the word can also add annoyance or anger to a sentence. Don’t worry, though, if you’re speaking with the right tone of voice, nobody will ever get confused.

“Wo hast du denn Russisch gelernt?” (So, where did you learn Russian?)

“Was machst du denn mit dem Einhorn?” (What are you doing with that unicorn?)

Modal particles can be very tricky to learn, but having an awareness of them will make speaking with and understanding native speakers significantly easier.

As your language skills continue to grow and develop, start using these particles in your conversations!

And remember to pay close attention when talking to native speakers, so you get a better sense of how they’re used.

If you really want to use particles and other parts of the German language like natives do, FluentU is here to provide you with all the real-life examples you need.

Feeling Lost? The Ultimate A to Z of Directions in German
Hallo Help: 20 Simple Sentences for Making a Phone Call in German