Get your Spanish practice en vivo!

And as you’ll see—and hear!—using live sources to practice your Spanish skills can be even more rewarding than using prerecorded materials.

Discover the latest news on the Copa América (America Cup soccer/football tournament), Colombian peace talks, Central American migration, elections in Spain and Day of the Dead celebrations in various countries—all while taking your Spanish to the next level!

To get things started, check out the video below—my colleague gives us her top five favorite Spanish news sites! 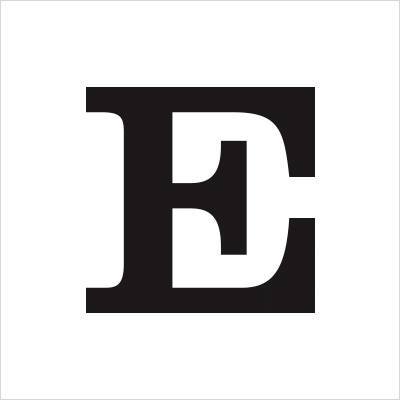 Summary: Based in the capital city of Madrid, El País is the most-read online newspaper in Spain. With such a huge range of topics there is bound to be something interesting for everyone, especially those who are more aligned with the newspapers center-left viewpoint. 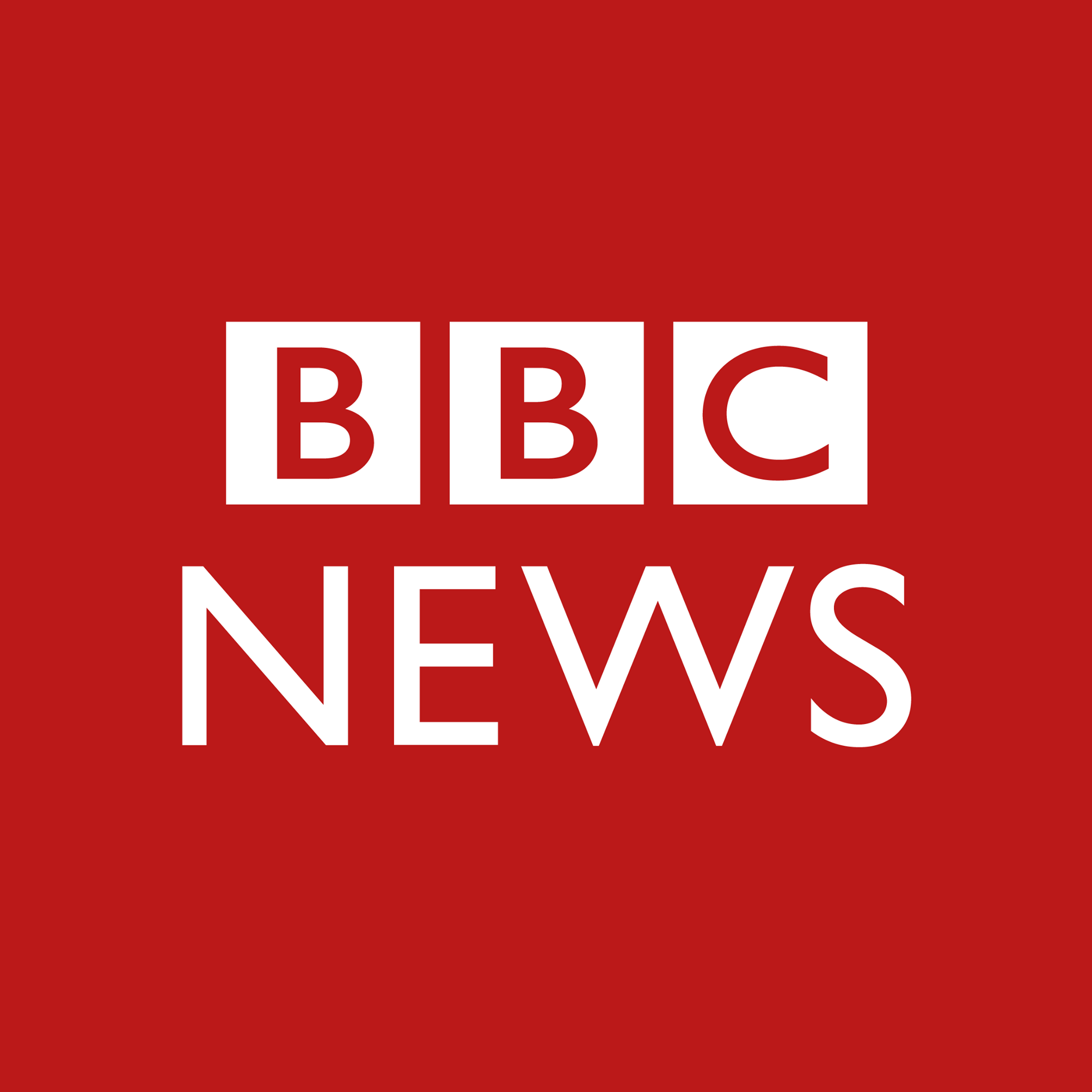 Summary: Part of the BBC World Service’s foreign language output, BBC Mundo is the Spanish-language branch of the BBC. It covers everything from international news to culture to science. 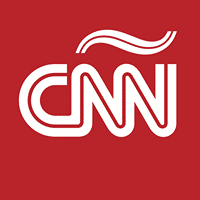 Summary: CNN en Español is a 24-hour news channel broadcasting to the US and all of Latin America. Go to the video section for all of the news video clips, and choose an issue you’re interested in. Alternatively, click on “radio” for audio only, including a live stream. 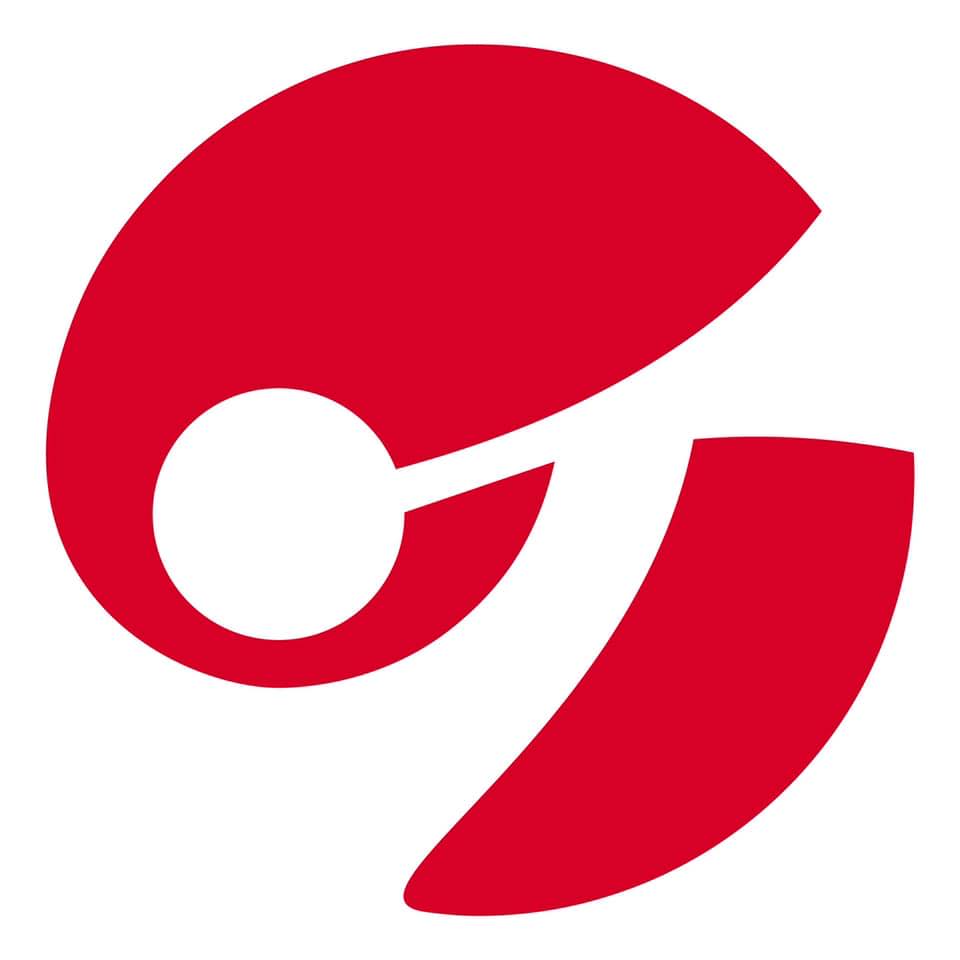 Summary: Clarín is the largest newspaper in Argentina, and is somewhat well known locally for its opposition to the previous Kirchner government. Its WebTV section includes short news video clips, sorted by topic. 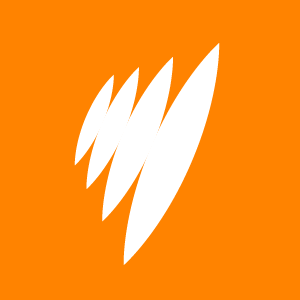 Summary: This Australian multicultural and multi-language news channel has a one-hour program in Spanish each day. You can listen to today’s program or select any of the programs from the previous week. The program includes news summaries and in-depth interviews with important personalities. 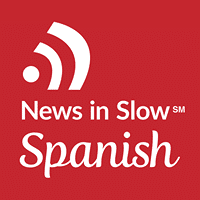 Summary: This news site is designed specifically for Spanish language learners. While listening, you can follow a transcript, which includes words in pink that can be moused over for an English translation. You can adjust the speaking speed as well.

Despite the exercise-like format, the news content is up-to-date, covering issues from around the region. The weekly news stories also come with grammar, expression and pronunciation lessons, as well as a quiz. 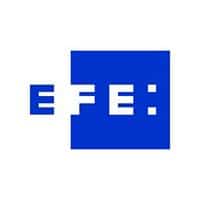 Summary: Headquartered in Spain, EFE is the fourth-largest wire service in the world. Because it’s so big, you can choose between Latin America and Spain versions of the site.

A news item with an image of an arrow over its photo indicates that there’s also a one to two-minute news video to accompany the story. Find more stories through the categories in the menu at the top, or browse through even more videos, sorted by topic, on EFE’s YouTube page. 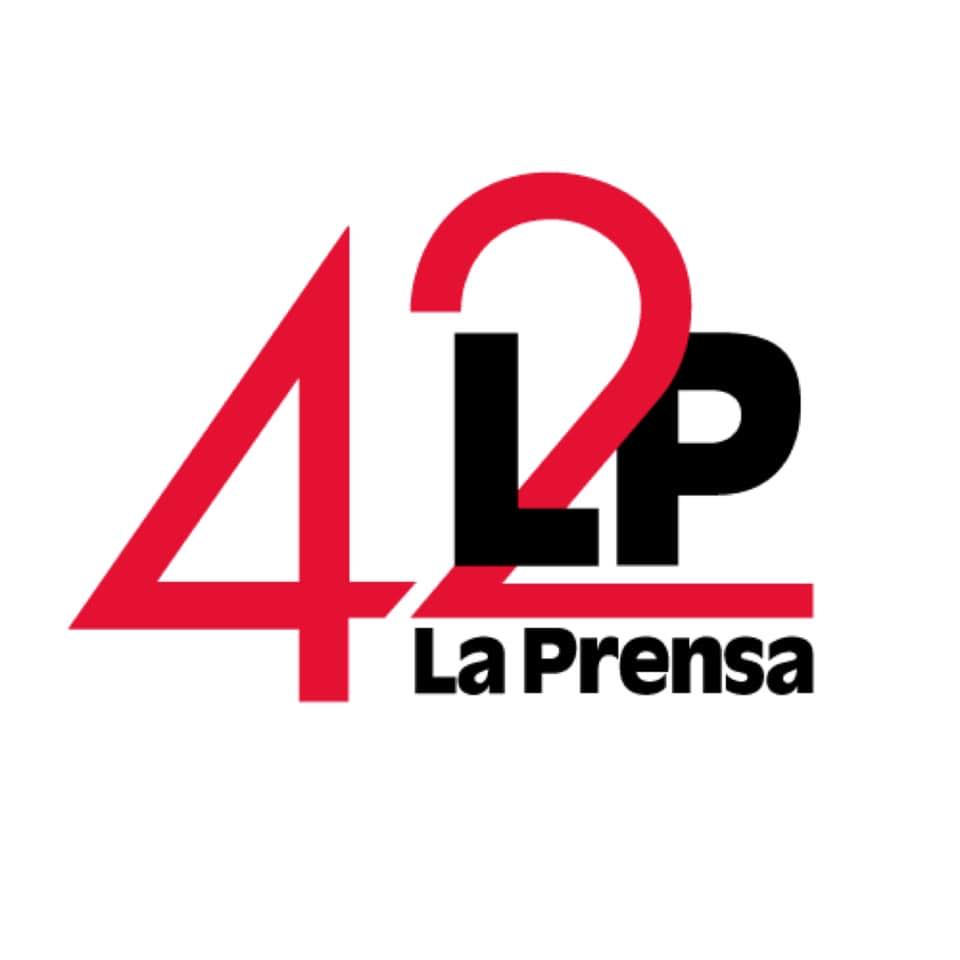 Summary: Because La Prensa means “the press,” you’ll find that most countries have a newspaper or channel with the same name. This one comes from Panama.

With a conservative leaning, it has a strong reputation internationally as a fairly independent voice. The agency’s video page has clips covering most of the world (not just Latin America), and owns a special website dedicated to local cooking recipes. 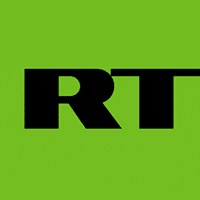 Summary: “RT” actually stands for “Russia Today” and is based in Russia. The channel has its own Spanish-speaking correspondents in various US cities, Mexico, Spain, Argentina, Venezuela and Cuba.

You can watch the news live at any time of day, and I’ve found its streaming technology to be among the fastest available, with no loading or stalling problems. They also have a page for video clips, and another for unusual Spanish-language videos from around the internet.

Summary: Azteca is Mexico’s second-largest media company. It has an international branch which broadcasts in parts of Central and South America.

TV Azteca’s live news coverage is good for streaming, and the site’s home page has many kinds of video clips at the bottom of the screen. These videos can also be sorted by the various categories in the far-left column. TV Azteca’s YouTube channel is also updated several times an hour with new news clips. 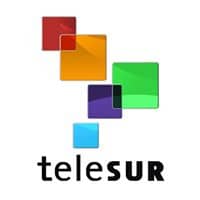 Accents: A range of Latin American accents, non-Latin Americans talking in Spanish and some coverage in indigenous languages, with portions in sign language

Summary: teleSUR is the result of an agreement between a range of countries with left-wing governments, including Venezuela, Ecuador, Bolivia, Nicaragua and Argentina, which had a left-wing government at the time. Its news coverage tends to be more in-depth and analytical, and generally promotes Latin American culture and covers issues related to the poorer population sectors. 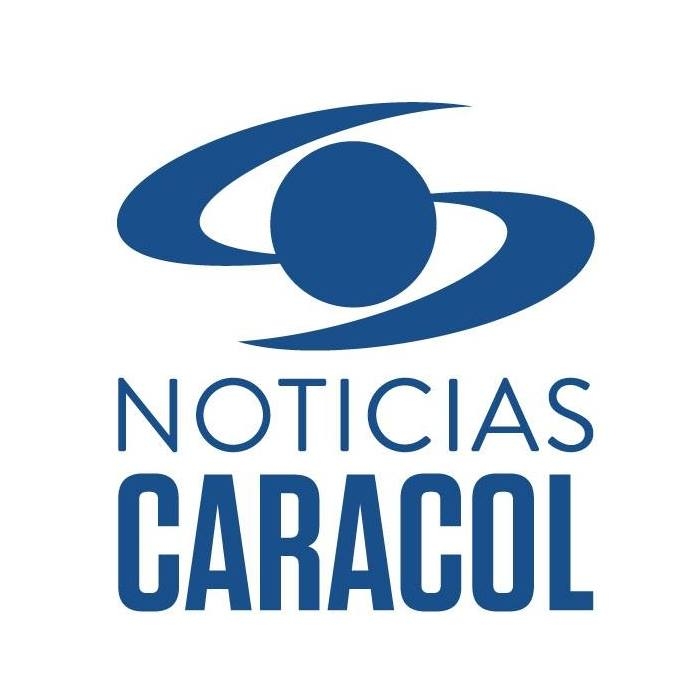 Summary: Caracol is a private Colombian television network. It airs two news programs a day, from which you can view the headlines and several news clips on the news page.

Why Use Live News Resources to Practice Spanish?

Listening to the news isn’t just great for staying up-to-date with what’s going on and for deepening your understanding of Latin American and Spanish life, culture and politics.

It’s also a great way to improve your Spanish listening skills because the news readers tend to talk clearly, at a medium speed, and often with standardized pronunciation.

You can generally listen live or watch streaming news. If you stream the news, you’ll also be able to pause and repeat sections, which lets you listen again to key phrases if you didn’t understand something the first time.

Another tip is to choose news about a particular issue. Before listening, study the key vocabulary around that issue first, then keep your ears perked for your new words as you watch the news.

Listen to the news for at least five minutes a day to maintain your Spanish “ear,” or watch a longer talk show discussion for a deeper dive into the topic—these can often be found on YouTube.

If you find that you enjoy learning with YouTube but wish it had more learning support, FluentU could be a good option. This language learning program features a bunch of news reports (as well as other authentic videos like movie trailers, commercials and inspiring talks) with added tools to aid understanding. 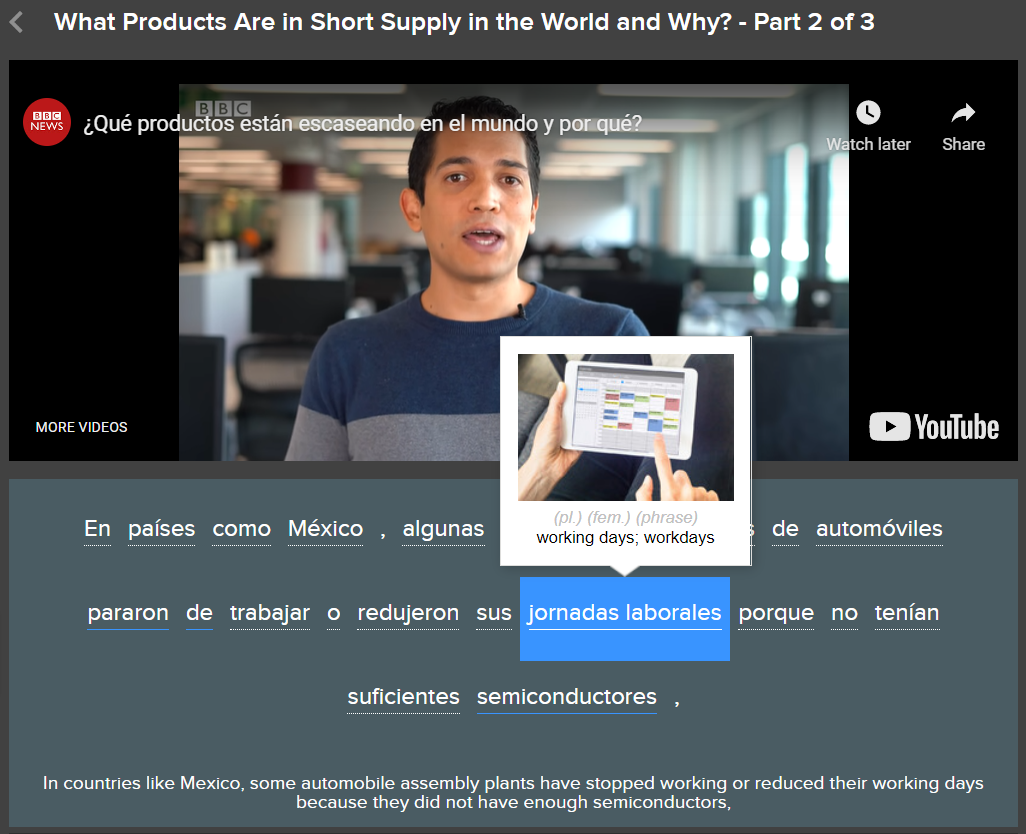 For example, you can use the program’s interactive subtitles for instant translations, and use the personalized flashcards and multimedia quizzes to actively build your vocabulary.

Plus, it also comes as an iOS and Android app which makes learning on the go nice and easy.

So there you have it: twelve great, free online news channels where you can stay on top of Spanish and Latin American news and culture, and improve your Spanish skills at the same time!