Everyone needs some friends in their lives.

They’re the people who keep you calm when life gets intense.

They’re the people who help you move your couch in exchange for a few slices of pizza.

They’re the people who come running with a fire extinguisher and industrial-strength stain remover when your latest Pinterest project goes terribly awry. They’ll even help you destroy the photo evidence.

But when you’re looking to have authentic Spanish conversations, being friendly isn’t as easy as it is in your native language.

Even if you really like someone and want to be friends, conversational Spanish situations can quickly get sidetracked by a lack of proper spoken Spanish skills.

You don’t have to worry, though: With a little practice, you can be just as friendly in Spanish as you are in your native language.

And one way to practice having dialogues between two people is to study some examples to use as models.

Just use these eight resources for Spanish dialogues between two friends to prepare yourself for fun, friendly interactions—no fire extinguisher required (probably).

Spanish dialogues are useful even if you’re reading silently, but reading aloud packs more of a learning punch.

When you read aloud, not only are you practicing words and phrases, you’re also practicing your pronunciation and speaking skills.

Plus, it might be less intimidating to use what you’ve learned in real-life interactions if you have experience saying it.

Don’t limit yourself to just one side of the conversation. Try switching roles, or read both roles at the same time.

While doing voices to differentiate between the two characters might not have any major educational benefits (at least, not that research can support), it could make the experience much more fun.

And if you’ve read both roles, you’ll be better prepared to fill either role in common conversational scenarios you may encounter in real life.

Enlist the help of a Spanish-speaking friend and practice together.

You know what makes Spanish conversation practice even better? Actually holding a conversation!

If you enlist a Spanish-speaking friend or a fellow Spanish learner, you two can practice dialogues together.

Not only will this get you more realistic speaking practice, it’ll also allow you to get immediate feedback on how you did.

Switch it up and make sure you each get a chance to do both dialogues. Once you’ve mastered a dialogue, you can put the text away and try to hold a similar conversation naturally, using the dialogue as a framework but also adding your own information!

Target specific scenarios with your dialogues.

Whether you’re looking to learn basic Spanish phrases, master Spanish small talk or prepare for some other scenario, you can select your dialogues to target specific skills and vocabulary.

Since each dialogue usually revolves around one theme, you can select which one to use based on what scenarios you think you’re most likely to encounter.

Use supporting materials to their maximum potential.

Some dialogues are accompanied by additional materials like vocabulary lists, videos and more. Use these study materials to make the dialogues even more powerful learning tools. 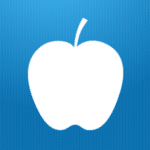 This resource offers hundreds of Spanish dialogues. The dialogues are conveniently organized into nine different levels, ranging from beginner to advanced.

The trick here is that you’ll need to take a look at each dialogue to find conversations between friends, as they’re not labeled. All this means is that, worst case scenario, you’ll accidentally read a few extra dialogues. Accidental learning still counts as learning!

To get you started, we’ve found some dialogues for conversations between friends. For instance, one dialogue (at a low novice difficulty level) features friendly greetings.

For mid-level advanced students, try another friendly dialogue about a recent election.

Each conversation comes with with text and audio. Lower-level dialogues also feature English translations of the text.

Within the resource section, you’ll also find activities and quizzes to help you practice the vocabulary used in the dialogues. 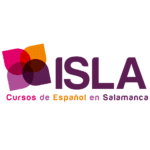 ISLA is a Spanish school in Spain, but they also offer some awesome dialogues as part of the Hablando (Speaking) series that you can use to study interactions. And best of all, many of them are beginner-friendly and most are quite funny.

The goal of the dialogues is to take them beyond the typical scripted conversations that you find on many other websites. Instead of using stiff-sounding sentences, these dialogues use humor and more genuine language to give learners a chance to learn with something closer to a real conversation.

For instance, sports fans may enjoy “Días de fútbol” (“Days of Soccer”), in which friends argue about soccer (scroll down on the linked page to view the video). 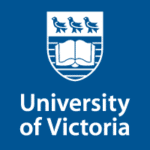 This beginner’s Spanish course from the the University of Victoria in Canada has some helpful dialogue exercises online and they focus largely on friendly interactions.

But what makes UVic’s dialogues particularly useful is all the additional resources. Each dialogue features Spanish-language text. However, to test your knowledge, you’ll see several questions on the left side of the screen.

Want more practice? Click the button on the top of the screen that points to the right for additional activities, like fill-in-the-blank exercises, true false quizzes, multiple choice questions and even crossword puzzles.

You can also access an index page for each dialogue (it appears like a sheet of paper in the control bar) that provides grammar and vocabulary information.

If you’d rather just look at a glossary of words used, you can also access this by clicking the icon that looks like an open book. 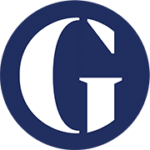 The Guardian is a newspaper based out of the UK, but you might love its Spanish dialogues even more than its news coverage.

Dialogues cover a mixture of topics, including some that take place between friends. For instance, one dialogue is dedicated to gossip!

The format is relatively simple: You get the text of the dialogue, and each line also offers the English translation.

After the conversation, there’s a substantial vocabulary list that features words and phrases used in the dialogue, along with additional expressions that you might use in a similar scenario.

Learn Spanish Naturally is a YouTube channel with dozens of learning videos, including some helpful dialogues.

If you want to prepare for friendly conversations, one great dialogue for beginning students is “Ask a Friend to the Movies in Spanish.” As you hear the audio of the conversation (which is very slow and easy to follow), you’ll see the Spanish text and its English translation.

If you want to practice more on your own, you can also access a full transcript and translation of the dialogue in the video’s description.

And as you may have guessed, these videos do include some dialogues. In fact, the channel offers a playlist dedicated to dialogues, ranging from five minutes in length to over an hour!

If you’re looking for a dialogue between friends, you can’t go wrong with “Spanish conversation: Going to a Concert Tonight,” in which friends discuss plans to go to a concert.

The videos show the Spanish text and its English translation as you hear slow, clear audio of the conversation.

This website offers a number of helpful dialogues but if you’re looking to practice a friendly exchange, look no further than the dialogue about making plans.

Spanish Interactive Lessons has tons of supportive material to help you get the most out of the dialogue.

First, there’s a video that breaks down the words and phrases used in the dialogue before showing the dialogue itself, complete with Spanish text bubbles.

You’re also presented with a series of five questions to test your comprehension of the dialogue.

Finally, there’s a full transcription of the dialogue in Spanish followed by its English translation.

If you’d rather watch the interaction from the comfort of your Roku or smart TV, the video is also available on YouTube.

Bonus Option: Write Your Own!

Yes, you can make your own dialogue for practice and doing so will have some big benefits.

For one thing, writing your own friendly dialogue allows you to focus on vocabulary and grammar rules that you want to target. If you can, have a Spanish-speaking friend, teacher or tutor check your dialogue for accuracy. Seeing what mistakes you made is also a great opportunity to learn.

Additionally, creating the dialogue will give you writing practice.

Once you’re done with your dialogue, you can also use it to practice speaking.

That’s a lot of learning in one dialogue!

So use these eight resources for friendly Spanish dialogues alongside your other learning methods for a great learning team. Make new friends but keep the old: one is silver and the other, oro (gold)!