Finding Spanish TV services online can seem like a daunting task, but it doesn’t have to be. In fact, I’ve found them for you!

Whether you want telenovelas, news, game shows, reality TV, or something else, this list will give you multiple options to choose from no matter your Spanish TV desires.

So, put that popcorn in the microwave while you decide which of these online services is best for you. 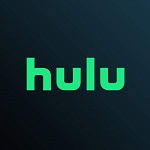 While Hulu is already a well-known service, you may not know that it has a “Latino” section, offering movies and TV shows in Spanish. Signing up for Hulu Plus will get you additional content and fewer ads, but the basic service is free.

The “shows más vistos” section makes it easy to skim which TV shows are popular. On the main page, you can also browse categories for kid’s shows, action shows, and new releases. Turn on Spanish subtitles by clicking the gear symbol second from the right in the video control bar.

Many series were originally produced in Spanish, but there are also a few popular English-language programs (like “CSI” and “South Park”) available with dubbing. Hulu boasts over 200 series to choose from. You can check out our favorite Spanish movies on Hulu here! 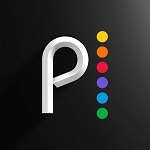 Summary: Free or paid service with a multitude of Spanish viewing options.

Like Hulu, NBC’s TV streaming service Peacock includes a specific section for Latino programming. On the page for TV shows, find the “Browse by Genre” section and select “En Español” to see the Spanish shows available.

You can find TV shows from NBC’s Spanish-language network Telemundo, as well as a host of dramas, comedies, news programs, and reality TV.

Peacock’s free tier includes an ever-changing list of shows for streaming, but the paid tiers (one with ads and one without) will get you access to the entire catalog. 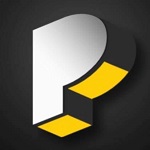 It offers Mexican and Latin American TV shows for users of all ages, from popular classics to current hits. It also has a wide variety of original series, such as “El Juego de las llaves” (The Game of Keys).

Pantaya gives users a 7-day free trial, and then you’ll need to pay a monthly fee to keep watching. 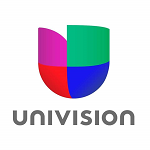 Univision programming is aimed mainly at the Hispanic-American population in the United States. According to Nielsen Media Research, Univision has the largest Spanish-speaking audience in the world.

It also has strong ties with and carries content from networks like Mexico’s Televisa, Venezuela’s Venevisión, Chile’s Canal 13, and Argentina’s TV Pública. In addition to content from its partners, Univision produces original content as well.

Pay a monthly subscription to find your next favorite Spanish TV series, telenovela, game show, musical program, or anything in between. You can also check out Univision’s video-on-demand service, UVideos, for more shows, novels, and dramas. 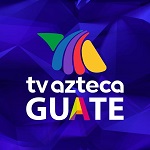 Summary: Streaming service for one of the most popular TV programs in Mexico.

TV Azteca is one of the biggest producers on the Mexican airwaves with content that covers the whole spectrum of programs: news, variety shows, telenovelas, sports, cartoons, and talk shows.

Its programming can also be accessed by those with Hulu subscriptions of a certain level. 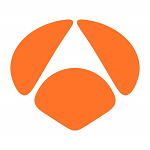 Summary: TV programming from one of the largest producers in Spain.

Antena 3 is a leading television channel in Spain and a sister company of Onda Cero—one of the country’s leading radio stations.

One of Antena 3’s hit programs was “Aquí no hay quien viva” (No one could live here)—a sitcom about the inhabitants of a building in Calle Desengaño that’s still popular to this day.

Antena 3 offers a complete set of programs and even provides up-to-the-minute news and sports updates. But be warned: you might need a VPN for some of its TV shows as a few are blocked from streaming outside of Spain. 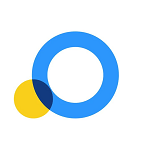 Televisión Pública (often abbreviated as TVP) is a public network in Argentina. It once held exclusive broadcast rights for multiple Argentine soccer teams.

Youth programming is available as well. Check out the website for a complete list of the shows offered through its network.

Summary: Spanish TV programming is run by the government of Peru.

TV Perú began in 1958 as a joint venture between the Peruvian government and UNESCO. As a state-controlled station, one of its mandates is the promotion and spread of Peruvian culture through programs and documentaries like “Reportaje al Perú” and “Costumbres.“

TV Perú was the first in the country to broadcast in digital format. And, at the height of Korean drama popularity, it aired titles like “All About Eve” and “Wish Upon A Star” dubbed in Spanish. 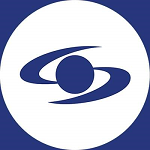 Caracol Televisión started in 1954 and is one of only two private national broadcasters in Colombia. It has produced thousands of programs since its founding.

It is known for action, drama, and fiction series, though it also offers comedy series and reality TV.

The Caracol Televisión website provides its current shows alongside its news broadcasting programs.

Summary: A catalog of TV stations from around the world.

To find Spanish programs from other countries, use the search bar at the top to look for the country you want.

With the variety of viewing options available, everyone can find Spanish TV they’ll enjoy through Streema. 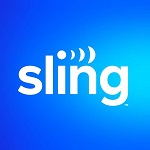 It calls itself “à la carte TV” because it offers viewers the opportunity to pick and choose specific channels for their subscription bundle. There are multiple options available in Spanish.

Stream-on-demand TV shows, movies, and sports coverage from your chosen subscriptions on Sling whenever you want.

Well, with all these online Spanish TV options, you might need more than one bowl of popcorn. You’ve got a lot of shows to start watching, after all.