Can you imagine anything better than making popcorn, curling up on the couch, streaming a great movie and practicing your Spanish at the same time?

Online streaming services like Hulu make it easy to get a daily dose of Spanish listening and reading practice. Plus, watching Spanish movies can be so enjoyable, you’ll hardly feel like you’re “studying” or “working.”

These Hulu movies provide a fun way to study Spanish at any level—all without ever getting off the couch.

How to Find Spanish Movies on Hulu

Luckily for Spanish speakers and learners, Hulu has made it very easy to access its collection of Spanish-language content. 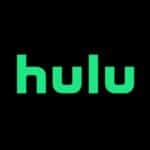 Below, we’ve highlighted some of the best Spanish-language movies on Hulu at the time of this writing. The nature of streaming services means that movies are constantly getting removed and added, while others aren’t watchable in all regions—so keep an eye on Hulu’s offerings to see what’s currently available.

“Sidewalls,” or “Medianeras” in Spanish, is an adorably charming indie drama that viewers of all ages will surely connect to. Following the lives of two young Buenos Aires residents, it touches on the themes of loneliness, anxiety, technology and love in the context of urban living.

Beyond its romantic and relatable plot, this movie is also a sort of love (or love-hate) letter to the city of Buenos Aires. Anyone who’s traveled to Buenos Aires, or who’s thinking about going there, will enjoy this movie’s depiction of Argentina’s chaotically beautiful capital city.

“Sidewalls” is a quiet and elegant film. Unlike some of the other action-packed movies on this list, this film is all about poignant narration and sparse dialogue. After watching for a bit, you may find that you can turn off the subtitles and follow the movie just fine. Give it a try!

Fans of “The Exorcist” will surely want to check out this religious-based horror film set in rural Spain.

The movie is centered around the story of Eloy, the fallen leader of a powerful religious cult, and his teenage granddaughter, Alba. The two travel around the country exorcising demons while on the run from Eloy’s former cult. The movie also tells the stories of Ona and Diana, two former cult members who remain tied up in the lives of Eloy and Alba.

This movie’s bizarre twists and turns and fantastical plotlines make it a great choice for advanced Spanish learners. In the absence of a predictable plot, you’ll have to rely on your Spanish skills to follow what’s going on. If you’re a beginner or intermediate learner, just turn on the subtitles—it’ll help you resist the urge to cover your eyes during the scary scenes!

“Veneno: Primera Caida, El Relampago de Jack,” or as it’s known in English, simply “Veneno” (Venom) is the first episode of a planned three-part biopic that tells the story of famous Dominican wrestler, Rafael Sánchez aka Jack Veneno. This sports-themed drama follows Veneno as a child in the Dominican Republic and then an immigrant to New York City in the 1980s, struggling and failing to forge a life for himself and his family.

His one lifeline? Wrestling. But as he rises in glory, his success comes at a price. Namely, his childhood friend, Relámpago Hernández, is a fellow wrestler who covets glory as well and becomes Veneno’s sworn enemy. Throw in some power-hungry politicians who want to use Veneno’s status for their own gain, and this story’s ripe for drama.

The movie is fast-paced and action-packed. It’s a great way to learn about Dominican culture and even folk tales, as mythology is often used as a tool to advanced the story. The Spanish spoken in the film is rooted in the Dominican dialect with most actors being from the Dominican Republic themselves.

“Penumbra” is an Argentine horror film that follows Marga, a hard-headed Buenos Aires-based realtor looking for a new tenant in an old apartment. But when Marga fills the empty apartment, she has no clue that her new tenants will soon plunge her into a world of horrors.

“Penumbra” offers a series of twists and turns that’ll keep viewers on the edge of their seats. If you’re into scary movies, you’ll likely be so caught up in the plot that you won’t find yourself fatigued by the Spanish language practice!

If you’ve spent some time browsing the Hulu “Latino” subheading (as described above), you may notice that this movie doesn’t appear there. Somehow, this one managed to elude categorization. Unfortunately, this means that it lacks some of the functionality of the other movies on this list: The audio is only available in Spanish and English-language subtitles cannot be turned off.

So, if you’re looking for a full immersive experience, this movie might not be for you—but it’s a great option for beginning learners who feel they need English subtitles or those looking to work more specifically on their (Argentine) accent.

Fans of Penelope Cruz (let’s be honest, isn’t that everybody?) will be thrilled to find this offering among Hulu’s Spanish-language content. In the 2015 “Ma Ma,” Cruz plays Magda, a woman suffering through sickness and tragedy. The movie follows Magda’s life, showing how her relationships change after an unexpected diagnosis. The movie is a gut-wrenching, emotional drama full of dialogue, and is therefore great for language practice.

Much like “Penumbra,” this movie somehow evaded the “Latino” subheading and therefore lacks the subtitle options of other offerings on this list. However, it’s still a valuable language tool, particularly for those practicing aspects of European Spanish like the seseo/ceceo (the area’s characteristic “lisp”) or the vosotros form.

If you’re interested in Spanish accents and regions, you might even watch it as a double-feature alongside “Penumbra.” Can you hear the differences in the characters’ accents?

Watching movies that are dubbed into Spanish on Hulu are actually a great way to learn Spanish.

This is because dubbed movies allow for comprehension of the spoken Spanish and allow you to learn new Spanish words easier.

Whether you watch a contemporary movie overdubbed in Spanish or you watch a well-known classic in Spanish such as “Forrest Gump,” you can quickly learn new vocabulary in Spanish simply because you’re already familiar with the film’s content in English. This also gives you a leg up when learning new grammar structures. When you know a certain movie’s line in English, you can see how the grammar changes when translating the line to Spanish and better incorporate that in your own Spanish usage.

Nineties babies will surely remember this adorable cartoon movie, which tells the story of a worker ant named Z who struggles to fit in with his ant community. Z is a lovable anti-hero who eventually rises up to save his community from an outside threat.

If you watched “Antz” as a kid, you may find that a basic familiarity with the plot helps you focus on grammar and vocabulary while watching in Spanish. In fact, this might be a great movie for those interested in transitioning from English subtitles to Spanish subtitles (or no subtitles at all).

Regardless of whether or not you’ve seen “Antz” before, the simplistic and child-friendly dialogue in this movie may prove easier than that of other movies on this list.

And, of course, this is a great choice for anyone looking to learn Spanish as a family, since this is truly a movie that appeals to both kids and adults.

This timely political comedy (with a dark twist) includes great performances by superstar comedians Tiffany Haddish and John Cho, among others.

Set in the present day, “The Oath” explores what would happen if American citizens were forced to declare an oath of allegiance to the president. Despite this fantastical concept and its wacky consequences, the charged political climate portrayed in “The Oath” feels all too real.

“The Oath” was produced by the same team that made “Get Out.” If you’re a fan of zany, politically-charged movies that toe the line between comedy and horror, you’ll love “The Oath.” Plus, Hulu has it dubbed in Spanish, so you can laugh, think and practice Spanish all at the same time.

As an added bonus, Hulu also has the movie in its original English version—so if you get stumped by a certain phrase or scene, you can always refer to the English version.

“La película Pokémon: Hoopa y un duelo histórico,” or “Hoopa and the Clash of Ages” as it’s known in English, is one of the movie offerings from the famed Pokémon franchise.

This dubbed movie follows Ash and Pikachu as they’re randomly transported to a desert city by the Pokémon Hoopa, a mythical creature with the power to summon things—and evidently people!—with its magic ring. As Ash unearths Hoopa’s dark past, one that includes destruction and despair, he must confront Team Rocket, who have set Hoopa free and now threaten to destroy the world with Hoopa’s power.

As with many anime, the dialogue in this movie is rapid-fire, chalked with language specific to the Pokémon world. Because of that, this movie is a good exercise in careful listening skills. For example, try watching this one in Spanish with English subtitles so you can filter out the words that aren’t actually Spanish, but rather story-specific language.

These eight Spanish-language movies from Hulu represent different genres and countries of origin. But they’ll all make great Spanish practice for learners.

And while the first movie or two entirely in Spanish may be daunting, don’t get discouraged. Strategies like watching Spanish movies are all a part of the immersion process so that you can significantly grow your language skills. That doesn’t mean it always starts easy, though!

So besides movies, expose yourself to as much authentic Spanish as possible by speaking with native speakers, reading Spanish books, watching TV shows and so forth. There are also immersive language learning tools, such as FluentU. This program combines a collection of authentic Spanish videos with interactive subtitles that teach you words in context. Since its clips are short, you can learn from them first before tackling longer-length movies.

Learning with authentic Spanish media like these Hulu Spanish movies can give your language skills the push they need. And with all the engaging content available, you can put a fun twist to your studies!

So which movie will you watch first?