Even if today is your first day of learning Spanish, you already know thousands of Spanish words and you are not even aware of it.

You do not need a single second of study or memorization in order to understand words like actor, animal, bar, color or control.

Why are those words in Italics? Because they are all Spanish words!

I bet you had no trouble understanding them, did you?

Now imagine a magical world where thousands of Spanish words behave like that.

You just see a word and think “Wow, this looks just like English!”

That magical world is here and now: Spanish and English has many such “twins”!

There are literally thousands of words that look exactly (or almost) the same both in English and Spanish, and taking advantage of that fact will speed up your learning considerably.

What Are Spanish Cognates?

Words that look identical or similar in two languages are called cognates. The word “cognate” may sound a little intimidating, but by the end of this post, you will see that these twins are a learner’s best friend.

Cognates not only look similar but they also have the same definition. That is as cool as it can get.

English and Spanish have a long history and, for better or worse, the two languages have borrowed and lent many words between themselves.

Cognates are the easiest and coolest way to get a larger vocabulary. Acquiring them is almost instantaneous. Just a quick look at the word and you know its meaning.

Now, here is where I will give you a word of caution: There are some words that look similar in English and Spanish but have different meanings. These false cognates are also known as false friends and they can lead to some miscommunication!

Always double-check that a familiar-looking word means what you think it means before you start using it.

The following 40 cognates are true friends: words that look and mean the same both in Spanish and English.

Although they mean exactly what they look like, I have added a translation for each just to make it doubly clear. 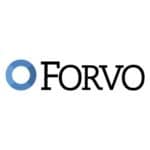 They might look identical, but there are some differences in accent and pronunciation for many of these words. I have also included some information on pronunciation and a link to Forvo so you can hear the word uttered by a native speaker.

Just click on any of these nouns and a new tab will open where you can listen to their pronunciation, both by themselves and in full sentences! Click on the words in Forvo if you want to listen to different pronunciations of the same word.

Are you ready to make 40 new friends?

40 Spanish Cognate Nouns to Speed Up Your Learning

Listen to this word and notice how the accent in Spanish falls on the penultimate (one before last) syllable (-den-).

A perfect cognate, actor has its accent on the last syllable. The feminine form (actriz) is also a cognate!

Another perfect cognate. Remember the accent in Spanish falls on the last syllable (-hol) and the h is silent!

You want another perfect cognate, you say? Here you have the word animal, with the accent on the last syllable.

The plural form (animales) has an extra e that does not appear in English, but it is still pretty similar to “animals,” don’t you think?

Even though Spanish adds an extra e at the end, both “art” and arte have their accents on the a.

One curious thing about this word is that it has two genders in Spanish! If you use the word in the singular, it is masculine:

However, if you use it in the plural, it becomes feminine:

OK, banco and “bank” are clearly cognates. The place where you go to when you need money is a banco. Good.

Now here is where things get a little messy.

It is also a cognate with another English “bank” word: Not the bank where you go to get money, but the area beside a body of water!

What’s more, banco also has another meaning related to water: banco de peces means “school of fish”! I wonder if someone one day will discover a link between the bank of a river and a banco de peces…

A favorite place for many, bar is another perfect cognate.

There are two small differences between a Spanish bar and an English “bar”: The first one is the pronunciation of the letter r (listen to the audio to hear what I mean), and the second is the plural form.

While in English you say “bars,” in Spanish you have to say bares, which you pronounce “bar-es,” not like the kind used in “he always bares his soul to the barista.”

Just remember that cámara has three a‘s and the first one has an accent mark.

While “ceremony” has its accent on the first syllable, ceremonia is accented on the penultimate one (-mo-).

I admit círculo is not a perfect cognate, but it is still very similar to “circle.”

Even though both words have their stress on the first syllable, notice how círculo has an accent mark (this is because the accent falls on the third syllable from the end).

Here you have a two-for-one. Aren’t languages awesome?

Another perfect match for you. Remember that Spanish speakers stress the last syllable, though.

Same spelling, almost the same pronunciation. What else can you possibly want?

The infinitive is controlar (to control), which is still pretty cognate-like, if you ask me.

Following the silly urban legend that you can just add an o to any English word to make it a Spanish one, here you have one example that seems to confirm that rule.

But do not get too used to it! Urban legends are just legends…

A match made in heaven, but you stress the last syllable on the Spanish doctor.

It may not seem like it, but these two words are cognates. They both derived from the Latin word inimicus, which meant “not friend.” That is a pretty apt definition, isn’t it?

Okay, I am starting to believe in that urban legend now…

Both words come from the Latin excusare (to free from blame).

Notice how “experience” has its accent on -pe-, while experiencia is stressed on -rién-.

Yet another set of words that derived from Latin, in this case from the word famulus (servant). This, in turn, evolved into familia (household servants, family). We are family!

As you can see, Spanish tends to have a vowel at the ends of many words. That is how we do things. (Maybe we like it when our words have more syllables than yours?)

It seems like we took the o out of “group” and added it to the end just to make the word sound more Spanish.

In fact, both words come from Italian gruppo (group). Gruppo ended up being groupe in French. Spanish opted for the Italian spelling, while English went totally French. Voilà!

Another couple of perfect cognates. Remember Spanish h is silent, and hospital is stressed on the last syllable.

I am now convinced that Spanish adds o to English words to make them look Spanish. Or maybe it is actually English the one throwing away o‘s to make the words look English?

Here you have another example of two words that have the accent on the first syllable.

But since Spanish has added a final e, the accent now falls on the third syllable from last, making the use of the accent mark compulsory.

No one can deny these two words are cognates. Listen to the difference in pronunciation, though.

Once again, the accent in both words is on the first syllable but música has three syllables, so it gets an accent mark.

From the Latin note, it is more than obvious that these two words are cognates.

Do not ask me why, but the word océano is one of my favorite Spanish words.

Since e and a do not form a diphthong, océano is stressed on the third to last syllable, and the accent mark is once again compulsory.

Parte ends in -e, so many people think it is a masculine word. Surprisingly, it is feminine: la parte (the part).

There is a masculine version of this word: el parte, but it means “the report.”

I love me some Old English. The origin of this pair of cognates is a bit… confusing, but the Old English plante seems to be their common ancestor.

Some scholars, however, maintain that Spanish borrowed it from French plante. Whatever the origin, the two words make pretty good cognates!

Another clear pair of cognates, derived from the Latin word poema. English dropped the final vowel, so maybe we were on to something back in insecto?

This one comes from the Latin praesidentum (president, governor). Notice how the stressed syllable in presidente is -den-.

Another obvious pair of cognates and, once again, an instance of English dropping the final vowel: Both words come from Latin and Greek problema.

Remember that problema is a masculine word in Spanish despite the ending -a. This is very common among words of Greek origin ending in -ema.

Another perfect match which only differs in its pronunciation. Radio is a feminine word, so you can add it to your exceptions list.

This would be another perfect match if it were not for the fact that the Spanish word has an accent mark on its last vowel.

This is another word that seems like it should be masculine but is actually feminine.

Both words come from the Latin secretus (withdrawn, hidden, private). Notice the change in stress, which in Spanish falls on the penultimate syllable.

Silencio has three syllables (si-lén-cio). The stressed syllable is the penultimate.

Apart from the difference in stress (temperatura is stressed on the penultimate syllable), it is quite obvious that these two words derive from the same ancestor.

A lot of words ending in -ity in English end in -idad in Spanish. Remember that -idad words are always feminine!

And that’s all for today! Now you are 40 words closer to becoming a proficient speaker of Spanish!

Learning cognates can be a cool way of improving your vocabulary with little effort. If you have liked this list of nouns, have a look at this other post on Spanish verb cognates. The fun does not have to stop!

I hope you have enjoyed this post! And as always, happy learning!