Do you speak Italian?

Are you considering learning a new language?

Then we have some exciting news: You can use your Italian skills to help you learn Spanish!

Let’s take a peek at the similarities between Spanish and Italian.

There are a ton of similarities between Spanish and Italian.

The lexical similarity between the two languages is about 80%. That means that the vocabulary of the two is highly comparable a majority of the time. By extension, the lexical difference between them is slight.

To put it in easy-to-grasp terms, Spanish and Italian are more similar than not—and that’s excellent news for anyone who wants to speak both languages.

The sentence structure is also the same: they follow the subject-verb-object construction that anyone familiar with either language will recognize.

Vocabulary, as we mentioned, is also incredibly similar. If you know one of the languages, you’ve got a big head start on learning the other. Some Spanish and Italian words and phrases sound alike and mean similar things, while others mean exactly the same thing.

You might think this is confusing, but look at it this way: Knowing these words in one language means you know them in the other, too. And that translates to a sizable chunk of shared vocabulary! Learn it once and you’ll be set for both languages.

The vowel sounds of Spanish and Italian are the same, too. So if you’ve got your Italian pronunciation down, you’ll be able to apply that knowledge to Spanish words and phrases.

Similar Spanish and Italian Words to Get You Started

Below is a sampling of the words the two languages have in common. You’ll see even in this small list that vocabulary sharing is beneficial to language learners!

Notice that in some instances, the only difference between the words is an accent mark.

La biblioteca (The library) — Both languages

Una casa (A house) — Both languages

La mano (The hand) — Both languages

Vocabulary with Some Minor Spelling Variations

These words are basically the same. In fact, if you hear them spoken out loud, in many cases you wouldn’t even hear the difference. 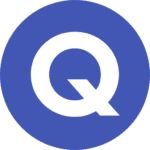 All the words in this section and the previous one are called cognates, which are words that sound similar and mean the same thing. To learn even more Spanish-Italian cognates, check out Quizlet’s fun cognate flip cards!

You can also listen to natives using these words with authentic Spanish and Italian videos on the FluentU program. Plus, you can take any unknown words and create personalized flashcards with them.

Spanish and Italian don’t just share similar-sounding words: In some cases, they even borrow words from one another.

Here are a couple of interesting Italian words that come from the Spanish language. They’re useful conversational tidbits—especially if you ever find yourself talking with another language lover.

They’re also handy if you somehow find yourself craving a cigar in the middle of a hurricane. 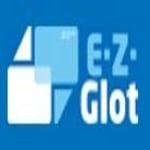 E-Z-glot has a list of more Italian words that came from the Spanish language.

Spanish has also borrowed a few words from Italian vocabulary.

Like the Italian words taken from Spanish, these sound the same and mean the same in both languages but have slight spelling variations.

These examples are artistic and lovely, and sure to be useful if you’re ever in Barcelona when the opera is performing!

Check out even more examples over at E-Z-glot.

While these two languages share a lot of basic vocabulary, their similarities don’t end there. They have many phrases—most of them common and highly practical!—that can make conversations in either language much less stressful. Expressions also add color to conversations, so make a note of these.

Let’s face it: The expressions are so similar that if you’re in a Spanish-speaking country and slip in an Italian phrase or two, you’ll still be understood.

*Note: Both salud and salute are also things you say when you clink glasses (like the English “cheers!”). In addition, you say “Salud!” in Spanish when someone sneezes. What a wide variety of uses for such a simple word!

A Word to the Wise: Beware of False Friends

Sometimes, the similarities between languages can actually trip you up. You might’ve heard a story about a guy trying to say he’s embarrassed in Spanish and ending up announcing that he’s pregnant (embarazado), instead!

So be sure to watch out for “false friends,” or words that look similar in Spanish and Italian but actually have different meanings or uses.

I’d be remiss if I didn’t point out one extra-special shared vocabulary word. This one might cause some confusion and would certainly lead to lots of laughter so I’ll clue you in before you get things mixed up.

This is a case where the spelling is identical but the meanings are very different!

If we had time, I’d share a story about the time I met a potential mother-in-law and inadvertently requested a donkey to put on my Italian bread. No, I’m not kidding, it actually happened.

And that’s why I took the time to point this word out to you! Don’t make my mistake!

If you already speak Italian and are considering learning Spanish, keep all the commonalities of these two gorgeous romance languages in mind. You already have so much Spanish knowledge (and probably didn’t even realize it) that adding to it with a Spanish language program will be an exciting experience.

Italian and Spanish share so much. Not only are they Romance (and romantic) languages, but their gorgeous native lands make this pairing a match made in Heaven for language learners who love a challenge.

So why choose just one?

Learn both and maximize your foreign-language experience. Knowing multiple languages increases your chances of communication as a global citizen and that’s a very good thing, indeed!