The U.S. Foreign Service Institute estimates you can become fluent in Spanish after 600-750 learning hours.

However, if you read the fine print on the FSI website (and the study they published in 1999), you’ll find the real answer is a little more nuanced than that.

First of all, this estimate is only valid for native English speakers who are “very good or better” at learning languages.

And, crucially, that 600-750 hour estimate is meant to be classroom hours.

The FSI recommends the same amount of self-study hours to fully reach fluency!

So I guess my first statement should actually read: If you’re a native English speaker with a superb ability to learn languages, you’ll need 1200-1500 hours to reach Spanish fluency.

But what about the rest of us?

Every student has a different background and different goals. So, in this post, I’ve tried to answer as many “How long…?” questions as possible.

The odds are good that you’ll find your own situation in at least one of the subsections below, so you can figure out how soon you can become fluent in Spanish.

These estimates are based on my 20 years of teaching languages and 35 years of learning them. But keep in mind that these are only estimates. Your results may vary.

Whatever your situation, these time estimates will give you a useful point of reference against which you can track your Spanish learning progress.

How Long Will It Take to Learn Spanish?

If I want to reach…

The A1 level covers very basic grammar and vocabulary topics. It’s meant to just be a foundation upon which you’ll build the rest of your Spanish knowledge.

Between 70 and 80 hours of study should be enough to reach the A1 level of the Common European Framework of Reference for Languages (CEFR).

Depending on the learning method you choose and the intensity of your studying, this should take you no more than two to three months.

Total number of hours: 70-80 (between two and three months total)

Reaching the A2 level means you’ll be able to understand and produce basic Spanish sentences in simple, everyday situations.

To reach this level, you’ll need between 80 and 100 additional hours of study after achieving the A1 level. Depending on your learning method, this could take you between two (intensive pace) and four (normal pace) months.

The B1 level is where you actually start being conversational in Spanish.

This and the next level are going to take the longest to complete because they include the whole “meat” of your language-learning journey.

Starting from the A2 level, you’ll need approximately 150-180 study hours to reach B1.

If you’re following an intensive path, this amount of hours can easily be done in three months. At a normal pace (one hour of Spanish every day), six months should be enough.

Once you reach the B2 level, you’ll be able to have casual conversations with native Spanish speakers without too much difficulty.

However, you may also feel like your learning curve is slowing down and you’re getting stuck.

This is a common situation when learning languages, and it even has a name: the intermediate plateau.

The B2 level will require you to study for about 240-260 additional hours after you’ve reached B1, so it’s going to take a while before you master it.

If you’re learning intensively, you’ll need around four months to cover everything. However, if you’re learning at a normal pace, you’re going to spend between eight and 10 months in this stage.

Paradoxically, once you reach the C1 level, things start getting easier again!

At this point, you’ll be completely conversational in Spanish and will be able to communicate comfortably in almost every situation.

After you’ve reached B2, getting to the C1 level requires you to study around 200-240 additional hours, but you may be able to do this faster or slower depending on your learning method.

If you’re following a very intensive path, you’ll need approximately four months. If your learning pace is slower (one hour a day), seven months should be more than enough. 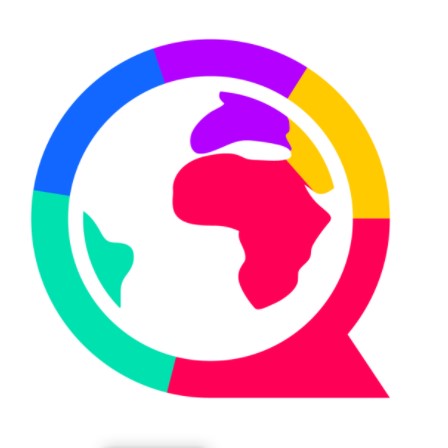 The C2 level is the last in the CEFR scale.

Once you complete it, you’ll finally be able to say that you’re fluent in Spanish!

But before that, you’ll need to reach the C1 level and add 180-240 additional hours of study on top of that, which should take around three to six months.

If my goal is…

…to pass an official exam

The time you’ll need to study to pass an official exam like the DELE exam will depend on the level of the exam. You can find time estimates for the different CEFR proficiency levels in the previous section.

You’ll start being conversational in Spanish somewhere between the A2 and the B1 levels, for which you’ll need between four months and one year of study.

If you want to be comfortable in any kind of situation, you’ll need to reach the B2 level at the very least (11 months to two years).

…to be truly fluent

In order to become fluent in Spanish, you need to reach the C2 level, which will take you between 1.5 and three years.

…to chat with people online

You don’t need perfect Spanish to talk to people online, so you can start doing it as soon as you feel ready.

I recommend you reach at least the A2 level (from four to seven months of learning) so you can engage more actively in conversations.

…to find a new job

You’ll need a decently proficient level of Spanish to find a good job that requires the language.

If I were you, I’d aim for at least the B2 level (between 11 months to two years of study).

…to go on vacation to a Spanish-speaking country

You’ll only need some rudimentary Spanish to survive during your holidays in a Spanish-speaking country.

An A1 level should be enough (around two to three months of learning if you really want to cover all the basics).

If my learning method is…

With the right resources, this can be a rather fast learning method.

If everything goes according to plan, you can study Spanish on your own and reach fluency in around 1.5 years.

Spanish courses are my least favorite learning method because you have to follow a specific curriculum, which has normally been created to make the courses last as long as possible.

If you prefer this way of learning, you’ll need at least three to four years to reach fluency.

…learning with a tutor

Learning with a tutor is one of the best ways to learn quickly and efficiently while having a specific goal in mind (like wanting to find a job abroad).

If you’re meeting with your tutor three times a week, one year should be enough to reach the C1 level.

…learning with a language partner

This method is very effective if you can find a native language partner, but it can be quite messy without a well-planned curriculum.

If you choose this learning method, you’re probably just aiming to be conversational. Six months should be enough to get you to that point.

Spanish immersion is one of the best methods to reach fluency.

Practicing immersion at home might not be as fast as actually going abroad. Yet if you truly commit to immersing yourself in Spanish, you’ll be able to reach fluency in around 1.5 years.

…immersion in a Spanish-speaking country

If this were a contest, the winning learning method would be immersion in a Spanish-speaking country.

As you can imagine, this is usually the most expensive way to learn a language. But if you’re able to go for this method (and put effort into it!), nine months to a year can be enough to reach fluency.

If my native language is…

If you speak a Germanic language (like English, Dutch or German), you’ll learn at a “normal” pace as far as the FSI estimates are concerned.

This means you’ll possibly have some difficulties with topics such as Spanish conjugation and the Spanish subjunctive. But, overall, learning Spanish shouldn’t be an impossible task for you and should be doable in 18-24 months.

Learning Spanish will take you half the amount of hours an English speaker would need. If you study hard, you could easily reach fluency in nine to 12 months.

Slavic languages include Russian, Polish and Croatian. I’ve been teaching Spanish to Polish students for over a decade and, in general, they put Spanish on the easy-to-learn list.

My Polish students tend to need from two to four years to reach fluency, but the learners who come to my one-on-one classes reach the C2 level (fluency) in around 1.5 years.

…from another language family

I’ve asked 14 of my friends who speak Asian and African languages (including nine who are completely fluent in Spanish) for their opinion about learning the Spanish language.

The consensus is that, even if your native language has a totally different writing system from Spanish (like Arabic, Japanese or Chinese do), Spanish is actually an easy language to learn compared to, say, English.

In particular, Arabic speakers should have an advantage in learning Spanish. Arabic had a huge influence on the development of early Spanish during the 800-year period of the Middle Ages when the Moors occupied Spain. So Arabic and Spanish still have a lot of very similar vocabulary!

My friends who speak Asian and African languages have spent an average of three years to reach fluency, with Spanish conjugation being the winner of the “Most Difficult Topic” award.

As you can see, it is possible to answer the eternal question of how long it takes to learn Spanish!

Of course, the amount of time you need to become fluent can vary significantly. It all depends on your learning method and pace.

But these estimates should help keep you on track as you rack up those learning hours and advance your skills.

Now that you have the answers you need, all you have to do now is take the first step of your journey!

Stay curious, my friends. And as always, happy learning!