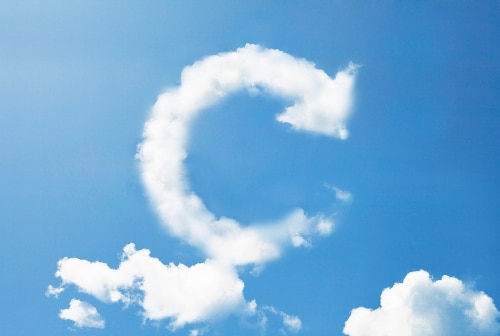 Playing catch up with Spanish?

Maybe you just want to review what you’ve learned as you continue advancing towards Spanish fluency.

Maybe life got totally hectic, or maybe you came back from studying abroad and have nobody to practice with.

No matter the reason, watching your advanced Spanish skills slip away can be really disheartening.

You feel like you’ve wasted time, energy and effort.

Your advanced Spanish skills are still bouncing around in your brain.

All you need is a little review to get freshened up!

How can you maintain your advanced Spanish skills in fair and foul weather?

First, let’s get rid of any lingering negativity, review your skill level and get you prepared for the road ahead.

Cheer Up, You’re Advanced In Spanish!

1. You should now be able to communicate in almost any situation.

That’s right. Any situation. Being advanced in a language means that you can express yourself pretty darn well.

Even if you don’t have the specific vocabulary you need, you can find other words to describe what you mean. For example, let’s say you want to buy a screwdriver or are stuck in an elevator and don’t know how to describe those situations. You can definitely find other words to describe what you need in those moments. For the record, screwdriver = destornillador and the right thing to do when stuck in an elevator is probably just to scream or grab the emergency phone anyway, so your needs will be understood without a problem.

Of course, the art of miming also goes a long way to aiding communication too. But most of all, it’s your fabulous language skills that help.

2. You should have mastered most of the tenses.

Remember the days when you only knew how to talk about the present and the subjunctive made your head want to explode? By now, you should’ve gotten your head around most of the tenses. Never fear if not, quick recap coming up!

Most Spanish words are saved in your very own brain dictionary along with whether they’re male or female. You’ll no longer have to remind yourself every five minutes to make your adjectives agree. Remember those days? Feel nostalgic? Didn’t think so.

4. You can make and keep friends who speak Spanish.

One of the nicest things about really being able to speak another language is that it literally opens up a whole new world of potential friends.

Before, you could only communicate with people who speak English (assuming you only spoke one language). Now you can talk to anyone who comes from Spain and almost anywhere in Latin America—not to mention all the other people who speak Spanish as a first or second language in other countries!

There’s a whole world out there filled with people who are just waiting to be your new Spanish-speaking friends.

The Complete Advanced Spanish Review You Need to Achieve Fluency

So why look back at all? You’ve nailed it, right?

Well…don’t forget that it’s always useful to do some revision now and then. After all, even proficient speakers make mistakes. A recap of the tenses and other rules of the language can help you remember any small things you may have forgotten.

So what are you waiting for? Let’s get going.

Let’s start with everyone’s favorite subject: Spanish grammar! Okay, so maybe it’s not your favorite, but it sure does come in handy.

So first up, there are conditionals. For a detailed review, see this post.

As you may know, there are several types of conditionals. For the purposes of this post, we’ll start with the conditional tense.

To make this tense, you need to add  ía, ías, ía, íamos, íais, ían to the end of your infinitive verbs. For example, comer becomes:

Then you can express complex ideas very simply! Take a look at the following example of conditional tense usage.

That’s a very useful sentence when traveling, and I think you’ll agree.

Then you add the past participle of the main verb (e.g. add ado for ar verbs and ido for er/ir verbs). You’ll come out with the second verb looking like comido, hablado, etc.

This is the first part of your sentence, and it turns out like the following example:

Si hubiera comido más… (If I had eaten more…)

The second part of the sentence depends on how you want to talk about the consequences of this first clause on the past or present.

Past consequences: Si hubiera comido más, me habría sentido mejor. (If I had eaten more, I would have felt better.)

Present consequences: Si hubiera comido más, no tendría hambre ahora. ( If I had eaten more, I wouldn’t be hungry now.)

Make sure you know whether you’re talking about the past or present before you start the sentence to avoid confusion and use the right tense accordingly.

The Future Tense in Spanish

The future tense in Spanish is pretty easy to make. Like in English, there are various future forms. However, we’re going to stick to the one that requires some verb conjugation since that’s the one you’re likely to have trouble forming.

Just as when you make the conditional tense, you take the whole verb and just add these endings: é, ás, á, emos, éis, án. So, in this case, comer becomes:

Eating is definitely in the cards for your near future.

The most common mistakes with the future tense have to do with mixing up what type of future tense you need to use when. See this post to go back to the future and review the nitty gritty details about when to do what.

So, for example, hablar becomes:

The biggest problem people have with the subjunctive is not knowing when to use it. When you find yourself starting a sentence with something like the following phrases, it’s a big clue that you need to use the subjunctive:

Espero que (I hope that)

Dudo que (I doubt that)

But being advanced isn’t just about the grammar. If you feel like your vocabulary is a little lacking, you could consider the following to bring it up to speed.

Have you tried peppering your Spanish with some local slang? Mastering text message slang such as abbreviations like KO (estoy muerto) or TQM (te quiero mucho), can help you understand what’s going on in social media and also impress your Spanish-speaking friends.

Depending on where you’ve traveled, you’ve probably also picked up some local lingo. Spanish from Spain is very different to in Latin America, and the slang terms in Argentina are really different to those in Chile and other Latin American countries. Even within the one country, there may be several dialects to get your head around.

Consider the word “cool” for example. How would you describe a really cool bar?

Colombians and those in countries nearby would use the word chévere. Argentineans would say it’s copado and Chileans would describe it as bacán.

As you advanced speakers out there surely know by now, slang can really help you sound more fluent. Films, books and music from specific countries are chock-a-block with that country’s slang terms, so use this as an excuse and get to immersing yourself in regional cultures with these entertaining learning materials!

You can also swap more basic verbs for their sophisticated counterparts.

The use of the verb agarrar (to grab, to grasp) instead of a simpler verb like tener (to have, to do) can help you sound more sophisticated. You should also try to learn more phrases related to verbs you already know. Take the English verb “to fall” as an example. You probably already know that the direct translation is caer or caerse. But did you know that there are other verbs to describe falling, such as tropezarse (to trip up, to stumble)?

Or to describe falling or giving into an enemy, which verb would you use? ¿Rendirse?

Having a range of vocabulary to keep that conversation going is also important, as you well know. You should also try to learn specific vocabulary related to your field of work or study. For example, if you’re a lawyer or are studying law, you’ll want to know law-related vocabulary like denunciar (to denounce).

The new vocabulary you learn doesn’t have to be just related to work or study, it could also relate to a hobby. Those that do yoga might want to brush up on the parts of the body (don’t forget dedos can mean fingers or toes!) and movements. If you’re into music, you might learn words like afinar (to tune) or agudo (high).

Not sure where all this new vocab is going to come from? Well apart from the excellent posts linked above, you could try clicking your way over to FluentU.

After you start watching some fun, authentic Spanish content, FluentU will generate uniquely-tailored lessons based on the vocabulary and grammar you’ve encountered in your videos.

It’s a great way to figure out what kinds of Spanish language videos help you learn best. Plus, FluentU provides plenty of tools to actively practice your Spanish vocabulary and grammar, like interactive subtitles, flashcards, vocabulary lists and more. Try it out today to start improving your Spanish skills—for free.

Start using FluentU on the website with your computer or tablet or, better yet, download the App from iTunes or the Google Play store and bring FluentU’s innovative language-learning experience to your iOS and Android device.

Of course, all of that’s no good if your pronunciation is so bad that nobody can understand what you’re trying to say. To work on particular sounds you find tricky, you could try learning some Spanish tongue twisters. Remember that tongue twister about Pablito and his nail? No? Here’s a reminder:

Try saying that one quickly! Or you could always try out the tongue twisters that practise the rr sound in Spanish, such as:

You’re officially challenged to say that one 5 times in a row without getting tongue-tied.

Aside from testing your tongue with tongue-twisters, you should always try to mimic other Spanish speakers when they talk, though you probably shouldn’t do this to their face! Try mimicking a native Spanish speaker talking on your favorite telenovela or radio show.

Alternatively, singing along to Spanish music can also help attune your ears. Don’t forget that repetition is key. You can always try pausing the song as you go along to help get your head (and mouth) around the words the first few times. Listening to Spanish podcasts can also help pronunciation as you can pause the podcast easily and try to mimic what was just said.

Above all, you got this far by listening to lots and lots of Spanish, by reading in Spanish and by generally being a motivated and excellent student.

Keep looking back over what you’ve learned, if only to see how far you’ve come.