Stream in Spanish: The Best Movies for Spanish Learners on Amazon Prime

“What do you wanna watch tonight?”

“I don’t know… what do you wanna watch?”

Sound like a familiar conversation on your weekend nights in?

Sometimes it feels like if you’re not currently binging some addictive TV show, there’s nothing worth watching.

But if you’re a Spanish learner, there’s no reason to feel that way!

Especially if you’ve got Amazon Prime, where you can find tons of unique Spanish movies to boost your language skills while keeping you entertained.

On Prime you’ll find movies in Spanish from many different countries and across many different genres, meaning there’s a Spanish movie for everyone. We’ll show you our top four faves here, so you can quit arguing about what to watch and start streaming tonight!

What Movie Genres Are Best for Language Learners?

That means you’ll have plenty of context for what’s happening and can really focus on trying to understand the specific words that are being said.

Should You Watch with Subtitles?

Personally, I’m a proponent of establishing a middle ground for yourself. If you’re going to watch a movie in Spanish that’s great, but be honest with your ability level. Solidly intermediate Spanish speakers and above can probably get by using Spanish subtitles along with Spanish audio—or no subtitles at all—but beginners should absolutely utilize English subtitles.

Colloquial phrases are really common in movies and they often don’t have a direct translation in English, which will be apparent in the subtitles. (Colloquialisms are sometimes very obvious when a weird English translation appears, and this ultimately encourages the viewer to use other clues besides the English to parse out an understanding of what was said.)

The Best Spanish Movies to Stream Tonight on Amazon Prime 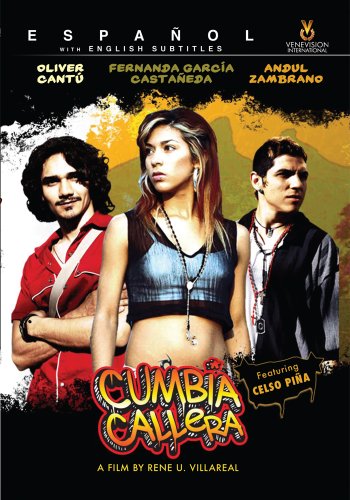 This is a youthful, passionate and sexy film featuring tons of cumbia dancing that’ll have you jamming in you seat while you work to keep pace with quick Spanish.

Set in Monterrey, Mexico, the plot is relatively simple and easy to follow. The vocabulary will be fairly easy to access due to the relatable theme of the movie: the trials of adolescence facing the film’s protagonist.

A unique feature of this movie is the absence of dialogue in favor of letting song lyrics do the storytelling. This choice enhances the cultural immersion for the viewer, especially because the music and dancing central to the plot is representative of the colombiano subculture specific to the northern part of Mexico.

An indie love film set in Argentina, “Dulce de Leche” centers around Luis and Anita, who meet by chance while getting school portraits taken. Their relationship blossoms into a passionate and sweet first love that every viewer will be able to relate to.

Viewers will be enchanted by the beautiful landscape and picturesque relationships that form. Luis and Anita’s small circle is expanded by their two best friends, who also become quite close, and together the little group faces the trials and obstacles of first love and consequences for the various troubles they get into.

The Spanish accent in this movie is quite distinctly “Argentinian,” and the use of the colloquial “vos” to mean “you” might throw some viewers off initially, but overall the dialogue is very accessible and easy to follow from beginner on up.

If Prime streaming is currently unavailable, you can also watch this film through an Amazon Vemox Cine free trial. 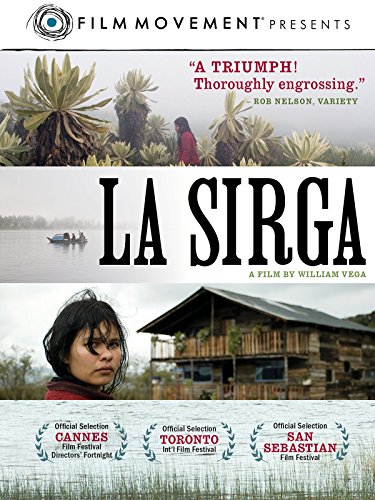 Want to see a strong Latina woman rebuild her life and face the inevitable challenges that crop up along the way? Of course you do. Forewarning though: it’s not as action-packed as you might expect, but if you’re prepared for cinematic artistry and an extremely culturally-sensitive look at the effect of war on those who suffer on its peripherals, you’ll appreciate the slow pace and opaque storyline.

19-year-old Alicia is a Colombian refugee who flees from a war and arrives at her uncle’s home. He isn’t keen on her staying, but agrees to let her in exchange for manual labor getting the guesthouse up and running.

As mentioned earlier, the pace of the film is quite slow, but designed to emphasize the minute aspects of being a young female refugee. “La Sirga” is an artistic collaboration in film production between Colombia, France and Mexico and designed to peak the cinematic palette of viewers. The dialogue is sparse but complex in this film, so intermediate speakers and above looking for a challenge will appreciate it the most. 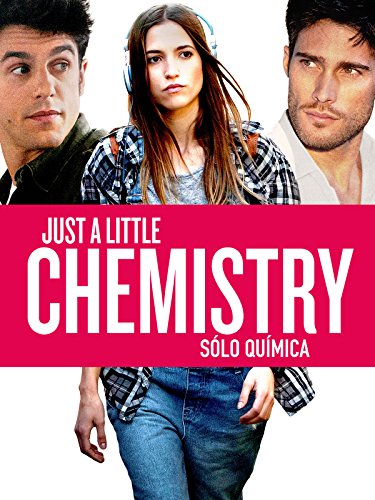 A predictable love story about a girl who’s infatuated with a famous person and then has him, only to realize that love and chemistry aren’t the same thing. Think your standard rom-com for a lazy Sunday flipping through cable TV, and you have a straightforward, familiar and fun film in Spanish with accessible vocabulary.

The plot essentially hinges on the protagonist’s difficult choice between two very different guys, which makes for lots of dramatic and quick exchanges in rapid-fire Spanish. This movie is set in Spain so it’s good practice for anyone learning European Spanish.

​Watching movies on Amazon Prime​ offers a way to engage with many different cultures where the Spanish language is the common denominator. Committing to watching a movie in Spanish requires concentration and active learning, and an honest assessment of your Spanish level is important because it directly relates to how much you’ll get out of watching a film in Spanish.

Films in Spanish should certainly be embraced for the breadth of language immersion they offer, and Amazon Prime offers lots of options in many different genres from different regions, so there’s something for everyone to enjoy.